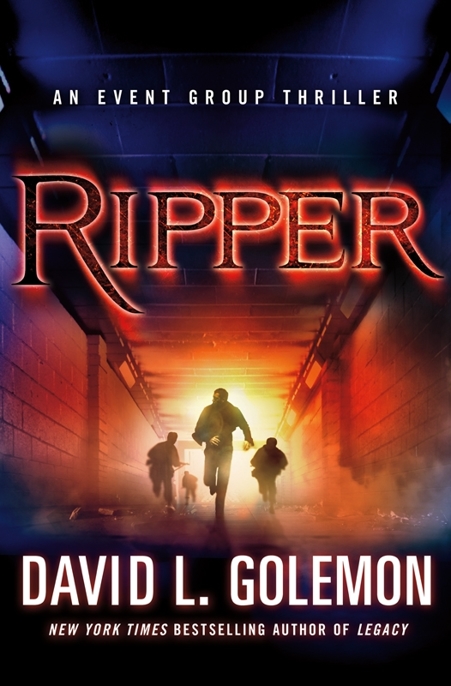 For my granddaughter, Kiera—the most beautiful flower in the world

Part One: Día de los Muertos (Day of the Dead)

Part Two: A Journey into Darkness

… within the empty streets of London
upon the witching hour, a specter of the past awakens,
its purpose, to devour …

… So remember my friends
you can close your eyes to reality,
but never to a memory …

—Unknown author,
from the poem “From Hell”

Mary Jane Kelly stood silent and still as the man watched her from a rickety chair in the darkened corner of her shabby two-bed flat. The oil lamp had been dimmed on that side of the small room so the only thing Mary could clearly discern were the shiny white spats that covered the tops of the man’s expensive shoes. The ornate cane the invisible
visitor used was propped between those shoes and would move only when the man spoke in his accented English.

Mary tried her best to control her breathing as she felt the man’s eyes roll over her in that infernal darkness. But it was the well-dressed man’s voice that unnerved her like no other she had ever heard—it was as though she were hearing the voice of the Big Bad Wolf from the nursery rhymes
she heard when she was but a child. She could feel the rage boiling just beneath the surface of her visitor as the hate emanated from the dark recesses of the room.

“You’re so lovely my dear. Perhaps you could sing me a little song, something sweet—a song from your childhood. It will help cool my blood.”

For the first time the man blinked and she saw the glow of the eyes. At first she thought
it was a trick of her imagination, but then the eyes flashed again, and this time Mary knew she had seen a ring of yellow and one of red surrounding the black abyss of his pupils, which were the largest she had ever seen.

Mary closed her eyes as she stood before the man. In her fear she tugged on the white linen apron she always wore over that same moth-eaten skirt and blouse she wore at least
four days of the week. She opened her mouth to comply with the visitor’s request, but any memory of a happy childhood song had fled her terrified mind. She tried to open her mouth once more and the first words of a song came pouring out.

“London … bridge … is falling…,” her cracked and halting words stopped as Mary sobbed, and then her right hand shot upward and covered her mouth to stop the
scream that threatened to escape her constricting throat.

In the far corner the glint of metal in the dim light and then a gold coin appeared as if by magic. Its glimmer shown in the weak light from the lamp. She could see that the coin was one she had seen before on more than one occasion in the drinking establishments that lined the streets of Whitechapel. It was a twenty-dollar American-minted
gold double eagle.

“Perhaps this will persuade you to help soothe the animal that is awakening inside of me. Sing well and there will be two more of these at the end of our … session.”

The word
session
sent chills up and down the fine skin of Mary’s neck and back. She knew who this man was. The entire city of London had been terrified of what and who this man was in the months leading up to
this night. Her eyes went from the sparkling coin to the door. The slide lock was in place, and Mary knew she would never be able to open the door in time before the man would be upon her. She opened her mouth to start the song again, but the only sound to exit her mouth was an even louder sob than the one a moment before.

The coin disappeared and the man made a sound that made Mary Kelly cringe.
It was so animalistic that she came near to swooning. It was a low growl that came from the deepest recesses of the faceless man’s throat. She kept her eyes closed.

“Very well,” the words were far harsher than the ones uttered before them. “Perhaps we should conclude our business.” The cane moved between the man’s feet and then the tip was tapped three times in succession. “You may remove your
clothes my dear.” At the end of the request, the word
dear
was sounded through a growl, as if a wolf were speaking to her from the darkness of a long-ago dead forest.

Mary removed her apron first and let it fall to the floor. She heard the man remove something from his breast pocket and then realized he was holding a piece of paper.

“No, no. Fold your clothes as you remove them. Neatness is
a virtue my dear—a virtue!”

The shouting of the last two words drowned out Mary’s involuntary cry as she reached down and hurriedly picked up the apron.

“You have a physician that treats you and your … colleagues for the harsher social diseases and problems that may arise with unwanted conception?”

“Yes, Doctor Freemantle,” Mary said through whispered words that actually made her feel weaker
than she was.

“You are with child?”

“Oh,” she moaned through her tears.

“You are with child?” he asked once again with the low-based growl sounding once more with a steadily increasing crescendo.

“Yes,” Mary answered as she closed her eyes tightly.

The man suddenly stood in the darkness and emerged into the dim light. This time there was not the glimmer of gold that shown in the dim lighting,
but the chromed blade of a large knife that froze Mary Kelly’s heart.

The next twenty minutes were the most violent of all the attacks that took place in Whitechapel that summer and fall.

Jack the Ripper was not the man the newspapers described as meticulous. It was an attack that symbolized the violence of the times that were coming and would lead to a legend being born that would haunt mankind
for a century to come.

Blood flew as the flesh of Mary Kelly, the attractive brunette that had no enemy outside of her landlord, was cut and hacked until the young woman was unrecognizable as anything resembling a human being.

Outside the rundown flat in Whitechapel, the fog started to roll in from the river.

The man’s eyes watched as the policemen came and went from the small room that had
quickly become the most vicious crime scene London had ever been witness to. He saw the familiar form of the chief inspector for the municipal police force as he stepped from the small flat. The tall man and his constant companion pushed through the crowd of curious onlookers who had gathered after the body of Mary Kelly had been discovered at eleven that morning. As the two men approached the chief
inspector they could both see he was not feeling that well after seeing the body. The chief inspector gathered his wits and then noticed the man in the tweed suit with his companion close beside.

“You two again,” the inspector said as he angrily eyed the two men. “I am obliged to ask what you gentlemen are doing here at my crime scene.”

“Chief Inspector Abberline,” the taller of the two men
said as he removed his bowler hat. “What have we here?” he asked as he first eyed the gathered residents of the area and then the house itself.

Frederick George Abberline looked the man over and then his anger rose even more than a moment before. He took the man by the arm and pulled him away from onlookers who took no notice of the three men as the body was finally being removed from the shabby
flat. Abberline glanced at the covered remains and cringed as an exposed arm of the victim fell free of the sheet that covered her.

“My cooperation with Her Majesty’s armed forces has come to an end until I get some explanation of your interest in this and the other murders, do you understand Colonel?”

Colonel Albert Stanley stopped and pulled his arm free of the chief inspector’s tight grasp.
He gave the smaller detective a look that broached the subject of him being manhandled. The colonel looked around and then reached into his tweed jacket and pulled out a sealed envelope and handed it over to the inspector. “Perhaps this will be explanation enough.”

The chief inspector, a man who had handled the Ripper case from the beginning, turned the white envelope over and looked at the wax
seal that held the document secure. The image in wax of twin facing lions made Abberline close his eyes. He then opened them and quickly broke the wax seal. He pulled the single sheet of paper free and read the letter. It was brief and to the point.

Upon reading this order you will give full cooperation to Colonel Albert Stanley of my loyal Black Watch concerning
the matters taking place in Whitechapel. Cooperation I may add to the point that you will supply the colonel with any and all information related to the two cases you are involved in. His voice may be considered my voice, and the voice of Her Majesty’s government.

After reading the words on the fine paper, the chief inspector folded the note and replaced it in the envelope. He
started to place the document in his coat pocket, but the small man standing next to the colonel reached out and took the order from the inspector’s hand. He replaced the order in his own coat pocket.

“Apologies, Chief Inspector, but the letter was for your eyes only. As far as your colleagues are concerned, Her Majesty’s request for your cooperation with her armed forces was never given. You
never read nor ever saw the letter. Is that clear?”

Abberline didn’t respond. He glared at the taller man before him.

“Now, the circumstances surrounding this latest victim, what can you tell me to this point?”

Abberline finally came to the conclusion that he was in a corner. The two men standing before him had been seen by him at every crime scene generated by the Ripper case since the start.
They would show up, look, listen, and then vanish into the day or the night.

“Quid pro quo, Colonel—or tit for tat as they say, why don’t you tell me just what Her Majesty’s army has done here in Whitechapel? Don’t bother to deny it—I can see it in your eyes. I have been a policeman for far too long not to know. And now my suspicions have been confirmed by the queen herself. Just what is it that
you have unleashed in my city?”

The colonel stood his ground and then looked from the corpse being loaded onto a rickety wagon to those of the chief inspector. His dark eyes bored into Abberline’s. “The army has nothing to do with this mess Inspector. The queen has nothing to do with it. Perhaps you can keep that in mind if you like … well, if you like living. This thing may be well over your
head, both professionally and politically—now, the crime scene please. More importantly, was the poor girl … how should I put this … was she missing something that the newspaper boys will never hear about?”

The Awakening by Oxford, Rain
The Hungry House by Barrington, Elizabeth Amelia
Shattering Inside by Lisa Ahne
The Maggie Murders by Lomas, J P
To Have and to Hold by Rebecca King
Vengeance: A Reece Culver Thriller - Book 1 by Bryan Koepke
Genuine Sweet by Faith Harkey
The Other Schindlers by Agnes Grunwald-Spier
Everybody Sees the Ants by A. S. King
Catch Rider (9780544034303) by Lyne, Jennifer H.
Our partner