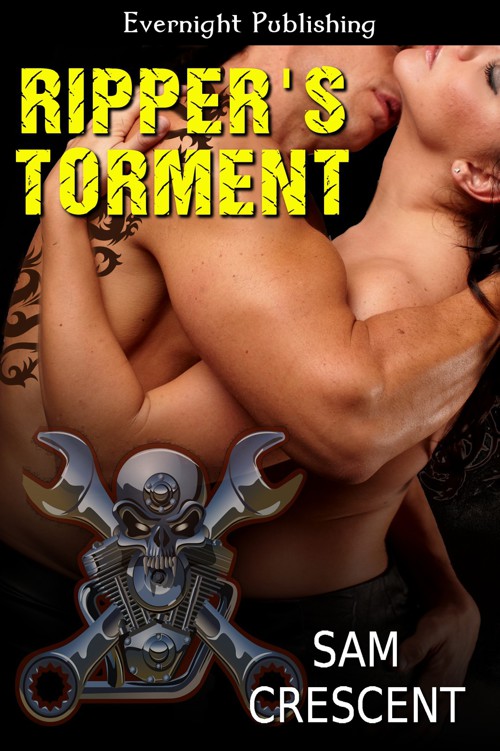 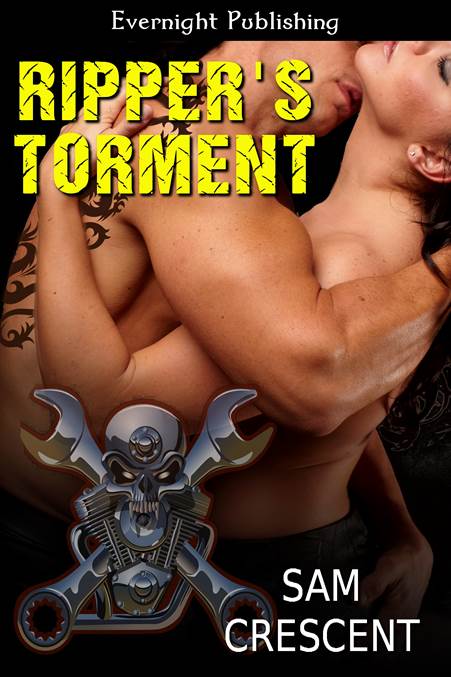 First, as
always, I want to thank
Evernight
Publishing and
Karyn
White for their constant support, advice, and help
when it comes to these books. They mean so much to me that I want them to be
the best they can be.

Also, a
big thank you to all the readers out there for your wonderful comments and
support.
I really can't find the right words to express my thanks to you all.

Chaos
Bleeds and The Skulls are two series that have taken me by surprise. Writing
each book takes me on an emotional journey and it's not always an easy one.
Judi and Ripper's book had to be done this way. The only man, in my opinion,
good enough for Judi was Ripper.

I hope
you all enjoy their story as much as I enjoyed writing it.

Ripper gunned his machine. He shouldn’t be fucking
riding given how much alcohol he’d consumed, but there was no getting away from
helping Princess. Judi had been officially adopted by his president, Devil, but
everyone within Chaos Bleeds referred to her as Princess. She was their
princess, the club princess, and no one messed with her without starting a war
with the club. They all cared about her and would do anything to protect her.

Checking the name of the road, he broke the speed
limit trying to get to her. Judi should be back at Devil and Lexie’s party, not
along some dirt road where she could get fucking murdered. Didn’t women have
any regard for their own personal fucking safety? He was getting pissed just
thinking about her all alone. What the fuck was she doing out of the house? In
fact, if she didn’t have a good enough excuse he was putting her over his knee
and slapping her ass silly for putting her life in danger. Didn’t she know how
important she was to them?

These roads were not safe for any kind of woman, not
even the Chaos Bleeds Princess. He wouldn’t even leave a whore to sell her
wares down this strip of road. All kinds of fuckers were traveling down this
road, intent on harming those weaker. He saw her standing on the embankment,
pacing up and down. Ripper drew his bike close to her. The light shining over
her showed the copious amounts of blood smeared over the front of her body.
Princess, what the fuck?

Climbing off his bike, he went to her. She was crying,
the tears streaking her face.

“What the fuck did you do?” He went to her, holding
her at arms’ length where there were no streaks of blood. Checking her over he
saw none of the blood was hers.

“He wouldn’t let go, and I couldn’t get him to stop.
Please, Ripper, I need your help.”

She was sobbing. The tears poured out of her eyes with
every second that passed. Cursing, he stared past her shoulder to see the car
with the inside light still on. The sight made him feel sick as he knew some of
what was about to come. He couldn’t be mad at her for too long. Judi was a real
sweetheart, and he’d seen her get stronger since Devil adopted her. They had
all tried to make her leave her past behind. There was more to her than being forced
to be a prostitute.

“Show me,” he said, speaking gently.

Ripper followed behind her heading toward the car.
Moving toward the passenger side, he saw the mess that met him. He’d caused a
lot of death in his years, and the sight before him didn’t affect him one bit.

“What happened?” he asked, already thinking of the men
he could call to help clean this up.

“I was walking, and he told me to get into the car. I
refused, and he stopped the car. I started running, and he grabbed me. I tried
to get away, Ripper. I promise. I tried to fight, but he was too strong. He
picked me up and dumped me in the car. I couldn’t get out of the car. If I
attacked him while he drove he could get us both killed. I didn’t want to die. He
parked here, and I freaked out.” She stopped, lifting her hand to wipe the
tears then stopped when she saw the blood on her hands. “He was an old customer,
or at least that’s what he said, along with a lot more shit.” Her lips wobbled.
“I somehow got out, and he grabbed me, calling me everything I can imagine.”

From the sight in front of him, Ripper knew what happened.
Judi had lost her temper, panicked, and shot a bullet into the man’s head. He
stared at the man’s face lying just outside of the door. From the state of her
clothing, she’d tried to hold his head but failed. Shit, he shouldn’t have
given her a gun. Devil was going to fucking kill him.

“Shit, I’ve got to get this sorted and you out of
here.” Running fingers through his hair, he cursed looking out over the
horizon. “Give me the fucking gun,” he said, holding his hand out. Judi handed
him the gun. The sun had set and wouldn’t be making an appearance for a good
few hours. “Get your clothes off,” he said, removing his jacket. Ripper turned
his back giving her privacy.

“I don’t want to hear it. You’re going to do as you’re
fucking told without comment.” He held his jacket out for her to take. “Get on
my bike.”

She straddled his bike, holding on to him. He drove to
one of the exclusive hotels designed for special clients needing an hour a time
room. Ripper waited for the key then helped Judi up to the top floor, letting
her into the hotel room. “Don’t let anyone in. Take a shower and get the shit
off you. I’ll shout your name when I get back. Don’t answer the door to anyone
else.” He didn’t stay behind to hold her hand or console her. The last thing he
needed was to waste time.
What the fuck
were you doing out this late at night alone, Princess?

Slamming the door closed he headed back to his bike
and the scene of the crime. Before leaving he turned the inner light off, shutting
off the ignition. No one had passed when he returned. Thinking about the
bullet, Ripper knew he couldn’t let the guy he was about to call see the
gunshot wound. Grabbing the door, he slammed the car door onto the fucker’s
face. Each movement stopped the man from looking like anything. The gun was
still pressed to his back, reminding him what a fucking asshole he’d been to
give it to her. Once he finished he looked at the mess in front of him, and
then he called Curse. The other biker would help without too many questions.
There would be questions but the other man wouldn’t demand an answer.

Pulling out his cell phone, he dialed Curse’s number.

“This better be fucking good,” Curse said, answering
on the third ring.

“I’ve got a tight pussy on my cock and another waiting
for my attention. Can’t it wait?”

He heard the cursing over the line.

“You fucking owe me.”

The line went dead. Ripper smiled imagining the women
mourning Curse’s loss. Before Lexie tamed Devil, their leader had been the man
with all the pussy. Now, it was up to Curse to keep them all satisfied. Ripper smiled
thinking about Lexie. She was a sweet woman and a fucking hot bitch. He’d heard
her screams as Devil fucked her hard. Devil never took her in front of them
like he used to other women. Their leader was possessive of his wife, and
Ripper understood why. She was a keeper.

Staring at the mess, he waited for Curse to arrive. He
blanked all thought of Lexie out of his mind. She didn’t deserve to be part of this
mess. Neither did Judi. The young girl—woman—had been through more than her
fair share of pain. Fuck, he, along with all of his other brothers, had
promised along with all of his other brothers to protect her. The sound of the
truck approaching alerted Ripper to someone else’s presence.

He spotted Curse coming out looking ready to cause
trouble. “I had a fucking tight cunt wrapped around my dick. What couldn’t wait
‘til the morning?
”

Ripper pointed at the car. “We need to get this shit
cleared away.”

“What the fuck happened here?” Curse asked, folding
his arms.

Staying silent, Ripper glared at the other man.

“You pulled me away from pussy and you’re not even
going to give me a good reason as to why?”

They were both immovable.

The battle kept on going for several minutes. Neither
of them was moving, and Ripper thought about Judi. Shit, he couldn’t leave her
alone for too long.