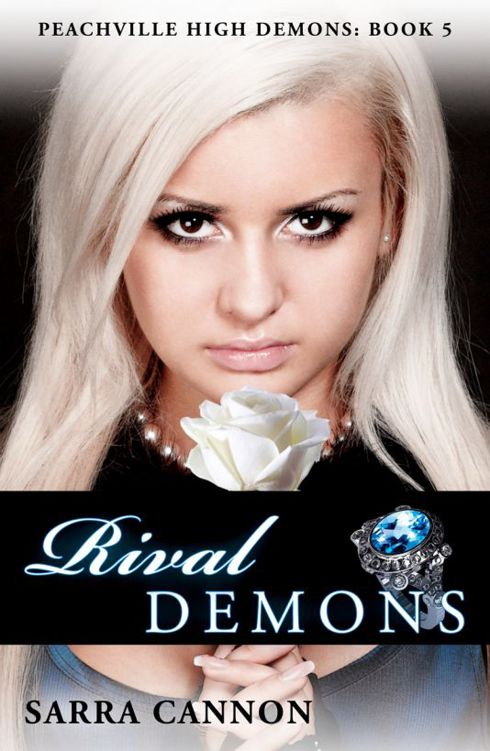 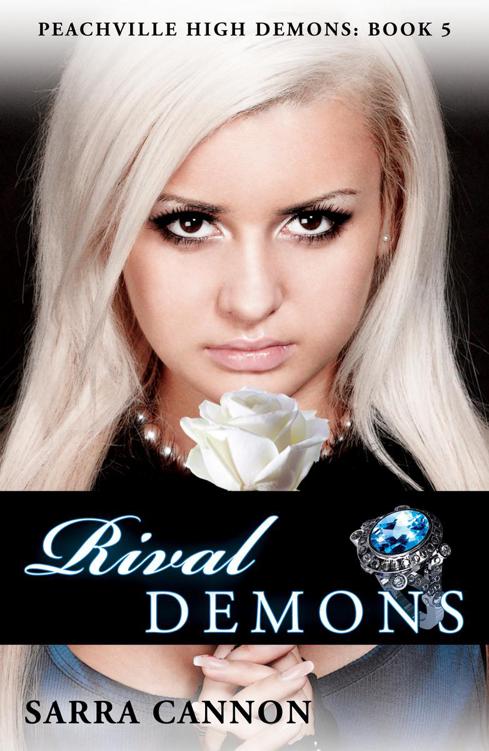 For all the bedtime
stories

told to your little sister in the
dark.

You taught me how to
imagine.

This book is a work of fiction. Names, characters,
places, and incidents either are products of the author's
imagination or are used fictitiously. Any resemblance to actual
events or locales or persons, living or dead, is entirely
coincidental.

All rights reserved, including the right to reproduce
this book or portions thereof in any form whatsoever.

This ebook is licensed for your personal enjoyment
only. This ebook may not be re-sold or given away to other people.
If you would like to share this book with another person, please
purchase an additional copy for each recipient. If you're reading
this book and did not purchase it, or it was not purchased for your
use only, then please return to Smashwords.com and purchase your
own copy. Thank you for respecting the hard work of this
author.

Find Sarra Cannon on the web!

First and foremost, I would like to thank all of
the fans of the Peachville High Demons series for your patience and
support during all the tough times.

Thank you to my amazing husband, George, who
always loves me no matter what and is my partner in every way.

I can't ever say thank you enough to my
wonderful critique group. Alok, Erica, and Jenn, you are the very
best. You make me a better writer. Thank you so much for all you
do.

I also wanted to thank my friends Cynthia and
Jenn for all the weekly writing dates. You kept me motivated! Let's
keep it going.

Finally, a special thank you to the Indelibles.
We are already making our mark. I am so happy to have found you
all.

Some Kind of Nightmare

How Can You Be So Sure?

The Closest Thing I have Left
To A Family

It Really Is You

Out of The Shadows

This Will Be Difficult

The Secret of The Stones

Past and Future Pain

Not In Front of Him

The Bitter Taste of Unsaid Words

The Information You Are
Seeking

Right Place at The Right
Time

Do You Know This Word?

Magic I Could Use

A Piece of Myself

I Had To Know

Not All of Us Have Time

I Have My Reasons

The Green Brought Out His
Eyes

We Can Never Be Together

Trying to Make Sense of The
Scene

No Matter The Danger

The Kind of Girl That Rebels Against The
System

This Isn't How I Die

Another One of Their Lies

The Woman He Loves

This Is What The Order of
Shadows Does

We Should Go South

The Scariest Thing Out
Here

I Hope I Never Do

To Know My Fear

I Am The Thing That Ends You

I lifted my eyes to a foreign sun, inhaling the
fresh scent of flowers as warmth seeped into my skin. I wanted to
throw my tired arms into the air and twirl around like a little
child.

Jackson's warm hand entwined with mine, and I
smiled. He had come for me. Standing there in the ritual room, I
had believed I was dead. But the moment I saw his face and felt him
pulling me through the portal, a whole new life opened up to
me.

He took me into his arms. I leaned against him,
my legs weak. I hadn't eaten in days and my wrists and ankles were
raw from the Order's iron shackles. Still, my heart swelled with
love and gratitude.

Behind us, Lea shouted for help.

I turned to get my first real look at the scene.
The blue light of the portal radiated out from a wide circle of
black roses. Through the blinding light, I could just make out the
Peachville ritual room on the other side. A black, inky darkness
began to spread along the right side of the light, like an
eclipse.

That's when I noticed Lea standing beside the
portal, a silver sword grasped in her hand. She swung the blade
toward the black roses, severing them from their stems with furious
precision.

Mary Anne fell to her knees before the portal,
wincing as her injured leg hit the rocky ground. She pulled a tiny
dagger from her belt and began cutting the roses one-by-one.

Jackson sprung into action, grabbing another
sword from a large duffel bag on the ground at our feet.

Disoriented, I watched as they worked to close
the portal. With each severed rose, more of the blue light darkened
to black. A strange fog began to ooze from the opening in the
portal, moving across the area with startling speed. A vicious wind
roared around us as the fog grew thicker. The swirling vortex blew
me backward like a tornado. I struggled against it, throwing myself
onto the ground and crawling toward the circle of black roses.

Frantic, I began pulling the roses from their
stems, not even caring as thorns sliced into my palm. Black petals
flew all around us as we worked, but just as Lea reached the last
handful of black roses, something broke through from the Peachville
side.

The figures moved so fast, I could only make out
two streaks of orange, moving like flames across the fog. I
screamed as one streak collided with Jackson, sending him straight
to the ground.

I scrambled toward him, then froze as my eyes
adjusted and the figure on his back came into clear view.

A tiger. And not just any tiger. One of the
shape-shifting twins who had come after me in the field when the
Order of Shadows first captured me. One of the tigers who had stood
outside my cell at Shadowford for the last week, making sure I
would never go free.

Some Kind of
Nightmare

The orange and black tiger bared its sharp
teeth, lowering them toward Jackson's throat.

Forgetting my exhaustion, I lunged toward them.
I wrapped my arms around the tiger's middle and tumbled over the
top of it, wrenching it away from Jackson's body. The entire left
side of my body hit the rocks at full speed, and I cried out. The
tiger, unhurt, straightened itself and hissed at me.

I felt like I had entered some kind of
nightmare. Time moved slowly and the tiger leapt toward me, vicious
claws extended. Instinctively, I threw my arms up to shield my
face, but before the tiger could reach me, a stream of black energy
raced toward it, slamming into her with such force that by the time
she hit the ground, she was in human form again.

I looked over my shoulder at Jackson. He stood
tall, his chest heaving with each breath. Black smoke flowed from
his hand to the auburn-haired girl, holding her to the ground.

I stood, every muscle in my body protesting.
"She has a twin," I said, looking all around us. All I could see
was the dark fog that surrounded the entire area around the portal.
From where we stood, I couldn't even make out where Lea was. All I
could see was the faintest blue of the portal's light somewhere to
our left.

"I know," he said. "I'm sure they came through
together, those two are inseparable."

Panic coursed through me. "What about Mary Anne?
We have to find her." I took two steps toward the portal, bracing
myself against the fierce wind. "Mary Anne," I screamed.

I knew Lea was capable of taking care of
herself, but against one of the twins, Mary Anne would be in
serious danger. We had to find her.

When I turned back to Jackson, he had wrapped
his black energy tightly around the first twin. She was bound in
smoke-like chains, struggling hard against them but getting
nowhere.

"Will those things hold her?"

Jackson nodded. "For a little while," he
said.

"Then come on," I said, gripping his arm. "We
have to find the others."

We ran toward the portal's light.

Lea sliced at the black roses with her sword,
but before she could clear them all, the ones at the beginning had
begun to grow back. Frustration twisted her features. "I can't get
the portal to seal," she said. "These damn roses are growing back
too fast."

"Keep working," Jackson said, searching for his
lost sword. "We can't let anyone else come through."

I swayed on my feet, my head spinning. I thought
of the days of no food, laying on the hard wooden floor of
Shadowford's attic, waiting for death. Please tell me I hadn't
escaped that only to end up right back where I started.

Through the bright light of the portal, I could
see another one of Priestess Winter's servants preparing to enter
the shadow world. Even in my exhaustion, I understood what it would
mean if more of the Order broke through this barrier and dragged me
back through. In Peachville, I was a dead girl.

I couldn't let them win. I wanted to live.

The Family Fang: A Novel by Kevin Wilson
Changing Michael by Jeff Schilling
One Night of Misbehavior by Shelley Munro
The Eleventh Tiger by David A. McIntee
The Misadventures of Maude March by Audrey Couloumbis
The Love Letters by Beverly Lewis
A Match For Addy (The Amish Matchmaker Book 1) by Emma Miller
Priestess of Murder by Arthur Leo Zagat
True Confessions by Parks, Electa Rome
At the Edge by Laura Griffin
Our partner