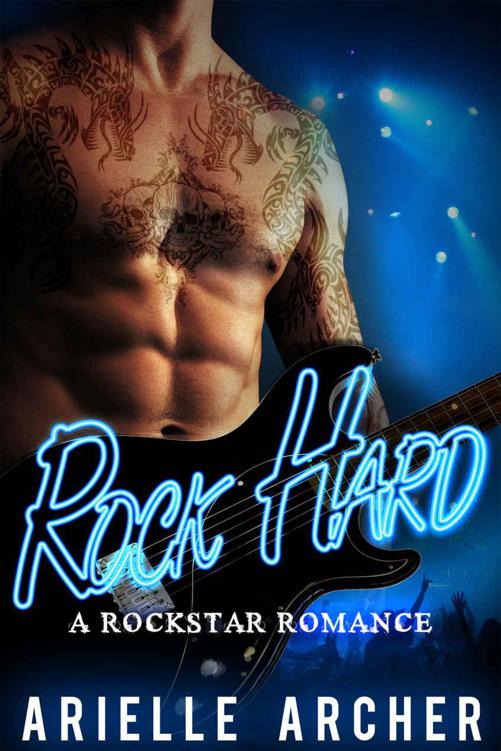 1: Not So Exciting News

11: Luckiest Girl in the Arena

22: In the Changing Room

Individuals pictured on the cover are models and used for illustrative purposes only.

Check out my full catalog. All available in Kindle Unlimited!

1: Not So Exciting News

Kayla looked so excited that I was immediately on guard. That was the sort of smile I saw back in middle school when she was about to get us in a hell of a lot of trouble with one of the nuns. That was the sort of smile I saw on her face in high school when we'd made our way to public school and she was about to do something that could get us expelled. That was the kind of smile she had on her face in college when we were about to do something that was going to give me a serious headache and a case of regrets the following morning.

In short I was so fucking stoked to find out whatever it was that put that stupid grin on her face.

Kayla paused for a dramatic moment and looked around the restaurant. It was a nice enough joint downtown that had decent prices for the business lunch crowd. That's all I cared about since I was still new enough in my job, fresh out of college, that I tried to scrimp and save wherever I could.

As Kayla looked around I got even more excited. She was starting to look downright conspiratorial. It was looking like I was about to have an adventure the likes of which I thought would never happen again when I got my diploma and found myself plopped directly into corporate America.

God how I needed some excitement after all the crap I was having to put up with. It was still one hell of an adjustment going from summers spent at the beach and partying to dealing with a job where I was actually expected to work like I had, well, a job. Not that I'd never had a job before, it's just that I was used to having a summer job that also allowed me time to have fun.

"Well you know how I've been going on about the sold-out Twenty Promises reunion tour that's coming to town?"

Suddenly I was a little less excited. My grimace must've shown on my face because Kayla rolled her eyes and let out a disgusted noise of her own. Twenty Promises. Ugh.

Even back in the day I'd never been obsessed with them like everybody else. They happened to hit when I was going through my middle school contrarian phase, and by the time I came out of it they’d imploded for some reason and weren't the big thing anymore.

Of course there was no avoiding them when they were big so I'd been forced to endure some of their music. On the radio. People playing them in class and getting in trouble. Kayla forcing me to listen to them when she gave me rides. Hearing them at school dances. They were everywhere.

I'd been happy when they weren't anywhere anymore. This reunion tour had been a thorn in my side ever since Kayla heard about it. She hadn't shut up about it.

"What about them? Like you said they're sold out."

"That's what I'm so excited about!" Kayla said.

I resisted the urge to roll my eyes as she clapped and squealed. I started to worry. Kayla wouldn't be this excited about that concert if it was sold out and she didn't have tickets. Which could only mean…

"I won tickets in a contest! Can you believe it?"

"You won," I said. My voice was flat but Kayla didn't seem to notice. That or she was ignoring my tone. That was more likely. She didn't miss much.

I felt like I needed to cover my ears the squealing was so high pitched. It reminded me of exactly how we'd been, well, back in middle school when Kayla was obsessed with Twenty Promises. Her obsession with them coupled with my avoidance of anything that was remotely popular at the time had caused some friction in our friendship. I was starting to feel a little bit of that friction returning. Weird. I thought all of that was buried a decade ago.

"Well that's great for you Kayla!"

"Oh no," she said. "You're not getting away that easily. You're coming with me!"

"Come on Mia!" Kayla whined. "I need somebody to go with me and I can't think of anybody better than my best friend!"

I arched an eyebrow. "Did you honestly forget how I felt about them or are you just screwing with me?"

Kayla shrugged and smiled. That was a smile that said she hadn't forgotten. Not at all. No, she was just fucking with me now. I sighed.

"I hadn't forgotten," she said. "Not exactly. But have you forgotten your promise?"

Damn it. I thought we were beyond that. I thought that promise was so far behind us that Kayla didn't remember it. Only it was starting to look like she had one hell of a better memory than I'd ever given her credit for.

"Are you really bringing up a stupid promise you made back in middle school?"

"I'm going to make you love Twenty Promises!" Kayla said. "I don't care what it takes! And I think that front row tickets where we'll be close enough to see everything is exactly what you'll need!"

I rolled my eyes. "Barf! Have you even seen pictures of them lately? They're probably all old, bald, and so overweight that they need roadies to hold them up when they climb on top of groupies so they don't accidentally crush them!"

Anger flashed in Kayla's eyes, quickly replaced with a smile. Usually that would've been enough to get her angry. I don't know why I was trying to provoke her like I had in the old days, but there it was. Her attempt to fulfill a decade old promise to me, a promise I considered more of a decades-old threat, was making me feel just as snarky as I'd been back in the day.

"I have seen their pictures thank you very much," she said. "And they look quite nice."

"Oh yeah? Do they still looked sexy posing for publicity photos with their walkers?"

"You know they're not that much older than we are," Kayla said. "The oldest one is ten years older and the youngest one is only five years older. I figure I totally have a chance!"

"I'm sure they're all married and spoken for by now. Surely some lucky groupies locked them up back in the day."

Kayla shrugged. "I don't know. But even if they're married, I'd be happy to be their one night stand!"

Immediately that weird tension from a decade old argument we hadn't brought up in years was broken. We were giggling like a couple of schoolgirls. God it felt good to do that after dealing with all the boring seriousness of working and the adult world for a few months. Kayla was the only person who could still have that effect on me.

Kayla locked eyes with me. "You're coming with me. There's no question. You're the only person I'd want to take to this concert!"

"The only reason I'm the only person you'd want to take is so you can torture me!"

Kayla smirked. I sighed. I knew when she had me beat. And she had me beat now. The one thing she could do to drag me to a Twenty Promises concert was play the friend card. We'd known each other for so long that I could barely remember the first time we met back when we were little kids going to the babysitter together. She was the closest thing I had to a sister in this world, and there wasn't a chance that I was going to leave her in the lurch.

"You really are sneaky. You know that right?" I asked.

Kayla’s grin got even broader. "So does that mean you're going?"

"Of course I'm going! I can endure a night of auditory torture for you."

Kayla squealed and clapped her hands. Then she surprised me by coming around the table and enveloping me in a hug.

"Thank you! Even if you don't fall in love with Twenty Promises, I promise you'll have a good time!"

I pulled away from the hug and smiled a sardonic half smile. "We'll see."

I suppose it would be a nice trip down memory lane even if there wasn't much of a chance of me enjoying the concert. I'd heard plenty of their stuff on the radio and at awkward dances, so I'm sure I'd have a good time as long as they stuck to some of the more mainstream stuff and didn’t have any new material to show off.

I thought about going home and looking them up. Maybe getting a look at them today to give me some fuel to toss barbs at Kayla, but as I looked at her smiling face, as I saw how ridiculously happy she was, I decided I wasn't going to do it. She was obviously enjoying the idea of dragging me to the concert and I wasn't going to ruin it by coming up with a bunch of preloaded sarcastic comments about her favorite band ever.

Or at least her favorite band ever back when we were thirteen.

No, I'd suffer in silence for the sake of my best friend, but there wasn't a chance in hell she was ever going to follow through on that promise to make me love that boy band. There was absolutely nothing in this world that could make me love Twenty Promises.

A knock on my bedroom door interrupted the finishing touches on my makeup. I pulled it open. Kayla stood there with a huge smile on her face that immediately turned to a frown as she saw me.

"No. No way," she said. "You're not sitting next to me front row looking like that!"

Well. Fuck you too Kayla!

I didn't give voice to that particularly nasty thought though. Mostly because she was right. I'd deliberately dressed down for the occasion. Call it my own form of protest. If she was going to drag me to this thing, if she was going to talk about front row tickets as though they were a magical ticket to catch the band's attention and get backstage passes where we were going to fall in love and live happily ever after, then I figured I was going to dress down and annoy her as much as she was annoying me.

Besides, I wanted to put on frumpy clothes. I wanted to act like the complete opposite of every woman who’d ever thrown herself at them. I'm sure it would confuse the hell out of the band if we did by some miracle end up meeting one of them.

It was obvious Kayla was having none of it.

Legion of Despair: Book Three in The Borrowed World Series by Horton, Franklin
Child's Play by Maureen Carter
We All Fall Down by Eric Walters
The Secret Sea by Barry Lyga
Prisoner of Conscience by Susan R. Matthews
Blood at the Root: A Racial Cleansing in America by Patrick Phillips
Prin foc si sabie by Henryk Sienkiewicz
Slow Hand by Michelle Slung
The Servants of Twilight by Dean Koontz
Summer Magic by Alers, Rochelle
Our partner