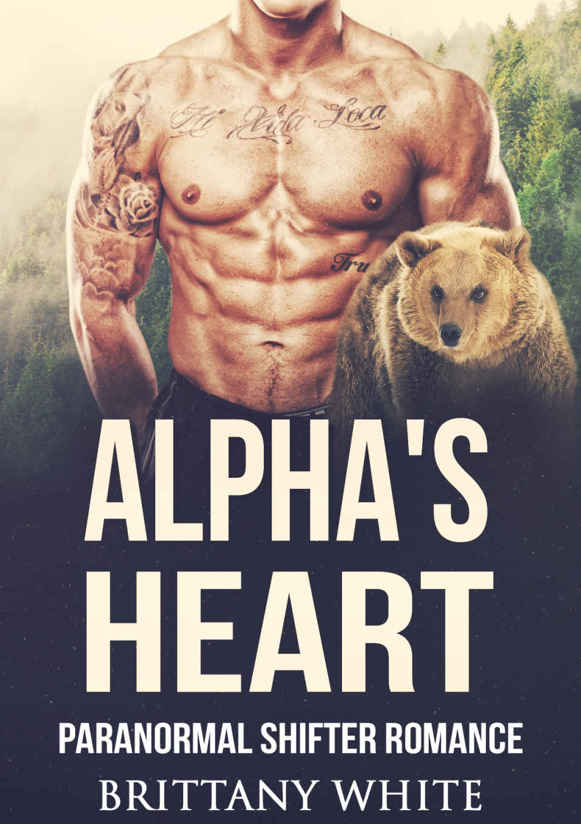 See the back of this ebook for a FREE SPECIAL BONUS!

Sign up
here
to receive links to the hottest new romance ebooks on Kindle delivered directly to your inbox every week! (Enter
http://eepurl.com/bABilb
into your browser.)

Before you get started

I have a VERY important message that you MUST READ

I promise you it’s not spam and I am not trying to sell you anything!

There was a chill in the air and a light, wet haze covered everything I could see in the pale moonlight. My senses guided me through the trees as I clutched my rifle close to me. For once, the field was quiet, but I knew that was only because we hadn’t been spotted yet. As soon as me or one of my men made the wrong move the whole land would come alive with an uproar of bullets and blood.

Thankfully, I was the only one still in human form. I usually was, but only because my job was the most precious. As soon as we neared the base I had to take the sentry out while my brothers, still in wolf form, took the base. This time, however, I knew it wouldn’t be so easy. Vampires are never easy. Then again, taking out the cold-blooded freaks would be even harder to do for a ‘normal’ person.
Normal people… Do they even really exist?

The entire reason my unit was made was to take out those leeches. In some ways, I could be grateful to the men who made it possible, but for my boys and I, something about the whole thing was just…unsettling. Night after night we’d stalk the fallen remains of battlegrounds long after the winners and losers were decided.
Do they think we’re cowards?
I wondered, eyeing a wolf’s tail and then another on my opposite side.
We’re wolves, not vultures.

I growled, feeling my wolf stirring and clawing at my heart. Just a few feet ahead, I could see a dim light coming out from a short structure in the distance. As we neared the clearing, I slowed down and then stopped completely. I held a hand up to tell the others to stop and all at once, the air was still. Very faintly, I could hear my pack’s breaths. The slow, controlled breaths we had to do in order to keep the vampires off our tracks.

Where are you…?
I wondered as I scoped out the base with my night vision binoculars, looking for a trace of movement. Perched atop a tower overseeing the whole base, I could make out subtle movements. I raised my rifle and took aim, but as I slid my finger onto the trigger and peculiar scent graced my nose. After giving my head a firm shake, nearly knocking my helmet off, I readjusted my hold on the weapon only for it to falter again. Out of frustration, I growled and tried to pin the scent to a memory. The sweet, Earthy scent reminded me of something, but I couldn’t remember what.

My ear twitched on upon reflex as someone shifted back into human form and walked up behind me. I could tell it was Jack based on his heavy, musky scent now covering the old scent’s. Growing more frustrated, I snarled at him, but he put one of his heavy hands on my shoulder.

“Hey, what’s the hold up?” he asked in a whisper right into my ear.

I tapped his hand twice, signaling him to let go. As his hand slipped off, I replied, “There’s something weird about that guy up there. He doesn’t smell like a normal vampire.”

Jack coughed up a dry laugh. “So? Take him out.”

A part of me wanted to reach back there and punch Jack right in the shoulder. No matter what we did, he always had to be so short sighted.
No, there has to be more to it than that.
“I want to investigate,” I stated, taking a step forward. I turned around as the other wolves walked up beside Jack. “I’m going up there to check it out for myself. I’ll give a signal when it’s safe to go in, all right? If you don’t see the signal for a while, well then…”

Jack crossed his arms, glaring at me. “I hope your hunch is right, Ross.”

I smirked and said, “Hasn’t steered me wrong yet.”

The soldier wearing only a few weapon belts and a large backpack nodded to me and the wolves around him scattered into various sections of the forest—surrounding the base. I took a deep breath and turned to the structure. Just the size of it made my heart skip a beat, but I was determined to see why I couldn’t pull the trigger.

In the back of my mind, I didn’t truly know whether this was the right choice or not, but as I ascended the tower, I felt surer in my decision. It was easy to convince the others that I was confident, but much harder to convince myself. I climbed up the tall, thinly built structure with one hand since the other was holding my rifle, but eventually I made it to the top.

Standing before me, back facing me was a soldier unlike any other. The scent that rolled off of them was sweet—almost like perfume and they weren’t the size of a regular soldier at all. They were big—bigger than I thought their uniform could fit them, and yet, I found myself enjoying the size. They wore a tight outfit of cameo, but part of their midsection was exposed. I knew it’d be too easy to kill them, so I figured that I could do them a favor and spare them since I had the choice.

I crept up behind the unsuspecting soldier, pulling out my knife to hold against their throat as I raised my foot to kick the gun out of their dangling hand. The solder flailed in my grasp and it was difficult to keep a hold of them, but digging into my werewolf muscle helped to keep them secure.

“Pl-please! Oh, please! Have mercy!” cried a feminine voice, making me stop for a moment.

Am I hearing things…?
“What was that, soldier?” I asked for confirmation.

Oh my God! A woman… A woman…here? Of all the places. It’s weird. She doesn’t smell like them… She’s even feels warm.
I clicked my tongue disapprovingly. “Hey now, no one’s killing anyone.”

“Yeah…?” she asked weakly, now trembling in my hands.

“Yeah,” I replied as I pulled my knife away, but pulled her weapon to me with my foot.
Just in case you decide to change your mind…
I thought as I looked down at the pistol. She turned around to mouth the words, ‘
Thank you,’
but I forced myself to focus on the task at hand. Looking around at the other stations, I asked, “So, where is everyone else? Looks like it’s just you.”

She clutched her arm, looking away as she said, “Yeah, well… The guys said that they didn’t need the extra protection ‘cause I’d do well enough. No one goes after guys like them.”

I raised an eyebrow. “You say it like you’re not one of them either.”

For a moment, she looked as though she was stumbling through her options. I knew what the base was full of, blood sucking husks, but something about her was different. The way she carried herself and the way she looked at me with her big, blue eyes made something in me stir. Eventually, my gaze went past her eyes and down her body, checking every curve and perfectly shaped handle.

For the first time in a while, I felt my heart racing for something other than a kill or an order for my brothers and me. After spending all of my time with men, day in and day out, the lust kept in my wolf was begging to get out as shown by the growing bulge fighting with the fabric of my pants. A hand started to drift down to my zipper, but I snapped out of my daze when the woman said, “W-well, I might actually not be like them, but my brother is… He’s the whole reason I’m up here now.” She sighed. “I just wanted to help…”

This woman doesn’t seem so dangerous. If I distract her for long enough, then I’ll probably be able to get my boys in safely… How to keep her distracted…?
My mind searched for answers, but it kept coming back to her different features. Everything about her in that instance seemed to get my blood rushing from her golden blonde hair tied up under her hat to the breasts hardly concealed under her vest. Licking my lips imagining making the cute female drip for me, I finally realized what I’d been missing from the second I saw her.
Oh… I know just what to do…

“Heh, well… I think you were doing a pretty great job if I’m to be honest,” I said with a smile.

She perked up a little and asked, “Really?”

I nodded slowly, subtly adjusting myself from outside my pants. She giggled quietly. I added, “I couldn’t even see you. That’s why I had to come up here—to get a closer look.” Taking a step forward, holding my hand out, I said, “My name is Ross by the way.”

Hesitantly, she put her soft, warm palm in mine. “I’m Rose.”

I hummed and said, “Ah, Rose is such a nice name.”

Thanks to my enhanced vision, I could see the speckles of red dashed across her plump cheeks. “Th-thank you,” she choked out, uneasily putting all her weight on one leg and then the other.

“Damn,” I started to say in a husky voice, drawing nearer, “You act as sweet as you smell and as lovely as your name, Rose.”

Her eyes widened in alarm and my stiffness pulsed from inside of my pants.

“Y-you really think that…?” she asked with her eyes almost closing as my hands came up to caress her sides.

“Mm-hmm,” I hummed in reply, one of my hands reaching to cup her cheek. I stroked it with my thumb as I leaned in and pressed my lips to hers, holding the kiss just long enough for my fingers to slip up her shirt. Rose gasped into my mouth as I tease her right nipple with my finger tips and then the other, feeling the little nubs getting harder thanks to my tentative touch.

Rose pulled away from my kiss before I could sneak my tongue into her mouth, but she pressed her forehead against mine. Hoarsely, she whispered, “That feels good, Ross, but do you really think now is…?”