Check out Tellulah Darling’s next novel 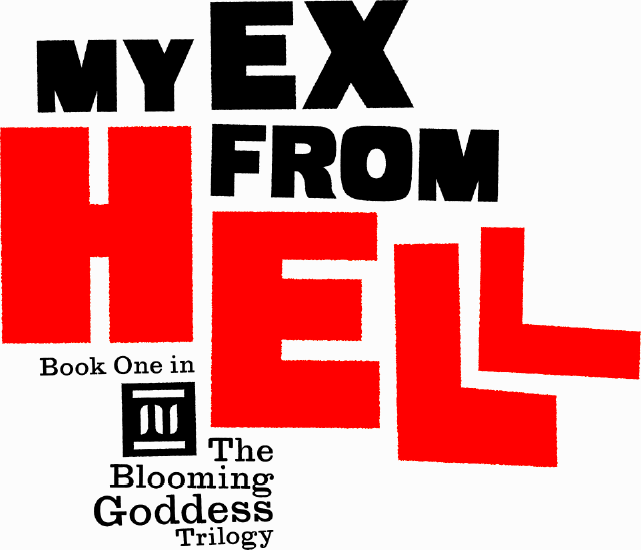 Dear Your Royal Imperialness Demeter, Goddess of Grain and Fertility, Preserver of Marriage, and Bringer of Seasons,

Or can I just call you Mom?

Bet you never thought you’d be hearing from me. Sorry for not having written sooner, but until about 12 hours ago, I didn’t know you existed. Nothing personal.

Then I met a guy. I know that’s the worst cliché ever. But sadly, it’s true. And of course, being me, it couldn’t just be any bad boy. No. It had to be Kai, son of Hades, Lord of the Underworld. Anyway, he was really hot and there was this bone-melting kiss and...whatever. The point is, before he showed up, I thought I was human. Afterward, well, let’s just say everything changed. Who knew when I was cramming Greek mythology for my English final, I was studying the family tree?

They say when you die, your whole life supposedly flashes before your eyes. When Kai and I kissed, here’s what flashed before mine – Mount Olympus, Zeus, the Underworld, Hades, and you. But that wasn’t my life. Or was it?

I was pretty sure someone spiked the punch at the Halloween dance (par for the course at this school). How was I supposed to believe that somehow I was a goddess and everything I knew about my entire life was wrong?

It’s not like I had a whole lot of time to think about it, because my best friend Theo killed the joy with a sucker-punch to Kai’s pretty face and dragged me away. And if you knew Theo, you’d know this was so not his M.O.

At first Theo tried to blow it off. He went all protective, told me Kai was a player and he didn’t want me to get hurt. Now I know what you’re thinking – but it wasn’t jealousy. Theo and I are so NOT. Theo’s angle seemed plausible, if somewhat big brotherish for him, until a couple of guys tried to kill me.

No, not guys. More like otherworldly beings. First, Hades’ immortal hit man - a Pyrosim, fire wraith. And then dear old Dad (??!), exalted Zeus, had to get in on the act. He sent his own death machine daemon, Photokia - complete with gold thunderbolt tattoo – to kill me. So, I guess, despite the fact that they hate each other, the one thing Zeus and Hades can agree on is that they both want me dead. Yay me.

I’m fine. Which is seriously weird since I should be lacking on the living front. But what’s really freaking me out is that I managed to blow the bogeymen into a zillion fragments. One second I’m scared. Pissed off. The next, I’m the supernova of doom. I’ve never even been good at sports.

When I accidentally almost took off Theo’s head with more of my destructo fun, he decided to come clean. That’s when he told me everything. Starting with his full name: Prometheus.

Here’s the Wiki version (do you have Wi-Fi on Mt. Olympus?) Turns out I’m Persephone. Me, Goddess of Spring and Embodiment of Earth’s Fertility? Ew! Which makes me your kid, Hades’ target, and totally screwed. In the myth version, I’m the innocent maiden, you’re the grieving mother, and we’re reunited with great joy. Guess that’s why they call it a myth.

Theo said the last time I saw you was just before Kai kidnapped me and dragged me to the Underworld. Your parenting leaves a lot to be desired. Where were you? Why weren’t you protecting me when I was killed? Oh yeah, that’s the other part. While I was down there, someone murdered me. Luckily, Theo managed to spirit my soul away. Until a few hours ago, I had no idea I was anything but human.

You know that whole “mine’s bigger than yours” war going down between the Underworld and Olympus? Theo thinks I’m the key to stopping it and the savior of all humanity. Talk about pressure. Yesterday all I had to worry about was passing gym.

Now I’ve got all these sketchy memories that don’t add up and I don’t know who to trust. I mean, my supposed best friend Theo knew all this and he didn’t tell me.

I know I sound like a nut bar. And maybe I’ll wake up in a padded room restrained for my own safety. But in that moment with Kai, it felt
real
. Like I knew who I was. Or used to be. Those were
my
memories flashing before my eyes – not some fantasy or hallucination. Part of me
remembered
those moments. But where do I go from here? And is there an online tutorial I can take?

I don’t exactly have your email. But if you’re a goddess, maybe you’ll know I’m writing. That I really need my mom right now. And if not – well, I guess I’ll save this for my obituary. Which I’ll probably need pretty soon because of the gods wanting me dead thing.

a.k.a. Goddess of Spring

Let me state, on the record, that despite the super melodramatic email above, I am totally sane. Well, as sane as I can be for a sixteen-year-old. I’ve just had the day from Hell. Literally.

I should back up. Hi. I’m Sophie Bloom. Longtime human, first time goddess. How would I describe myself? Hmmm. If my life was going to be a movie – do you ever do that? Rescript your personal history with a great soundtrack and better extras? My dream version would be courtesy of Tim Burton but I think the sad truth is that the movie of my life would be more like a lame after-school special.

You know, something like “poor little rich girl, her life littered with hopes and dreams.” I love “littered with;” such over-the-top drunk divorcée lingo, uttered right before the aging cougar smashes her highball with a fury into the fireplace. Just how my adoptive, socialite mother Felicia ended every New Year’s Eve. But we have plenty of time to get into moms and their respective failings.

My life in a nutshell on Saturday, October 31, when my universe turned upside down, involved me being a totally human junior at Hope Park; a “progressive” school whose forward thinking curriculum was offset by the students’ petty jealousies, social climbing, and the ongoing dramas of hook-ups and break-ups.

The only bright spot was that it was Halloween. Sure, it meant a dance with far too many dumb boys in drag (acting out some of their not-so-latent sexual issues), but it also meant chocolate.

Cue horror music and the entrance of the dreaded yoga girls. The leader of that “namaste” bowing bitch-fest was one Bethany Murphy. For all her practice of enlightenment through bendiness, she ran her
cult
yoga sessions like a drill sergeant. Girls had been known to come out sobbing because their sun salutation wasn’t worshipful enough.

To say I hated Bethany would be an understatement. My greatest fantasy was to poison her slowly, then let her get better before administering a really nasty dose that left her dead and rigor mortised in a humiliating position.

Since she had been at Hope Park as long as I had, Bethany and I had a nice long run together. It wasn’t any one big torment, just a continual series of small cruelties. But as Bethany was Miss School Spirit, managing to fool the Powers That Be with her big blue eyes and Googled new age crap, I was the one currently on probation due to my attitude problem.

But thanks to some laxatives, a wig and one unforgettable kiss, the balance of power was about to shift.

2) Alter ego of a professional screenwriter/instructor

Geeks out over: cool tech.

Help her procrastinate at:
www.tellulahdarling.com
.

Twin Deception: A BWWM Billionaire Romance by Izabella Brooks
Berserker (Omnibus) by Holdstock, Robert
Violets in February by Clare Revell
Wait for Morning (Sniper 1 Security #1) by Nicole Edwards
Dragon Sacrifice (The First Realm Book 3) by Klay Testamark
Collected Stories by Franz Kafka
Judy Mood And The NOT Bummer Summer by McDonald, Megan
Big-Top Scooby by Kate Howard
The Girl in the Mask by Marie-Louise Jensen
Chasing Me by Cat Mason
Our partner