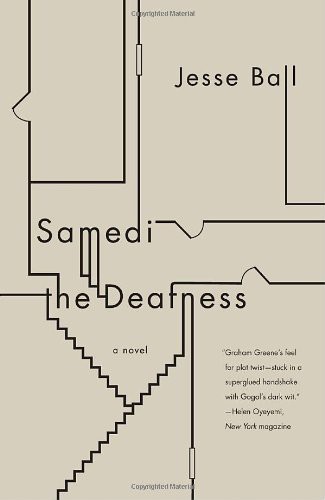 A Note on the Naming of Characters

Then Chanticleer ran to the garden, and took the garland from the bough where it hung, and brought it to the bride, and then the bride gave him the silken cord, and he took the silken cord to the river, and the river gave him water, and he carried the water to Partlet; but in the mean time she was choked by the great nut, and lay quite dead, and never moved any more.

Thus Bacon encouraged the Tumult and as the unquiet crowd follow and adhere to him, he listeth them as they come in upon a large paper, writing their names circular-wise, that their Ringleaders might not be found out.

—I came in the front, he said beneath his breath. Best to leave by the side door.

It was early yet, and the clouds that had gathered near and made of themselves rain all through the night were now intent on going elsewhere. But it takes the minds of clouds a long time to effect their prodigious actions; the immediate result was solely a sort of paleness, a lightening of countenance.

At the nearest market, a balding man with an angry nose was crouched counting in the till. James bought from him a newspaper, folded it under his arm and continued. The change that James gave the man was put on the counter, separate from the business of counting that had been going on.

Is it too much to say that there was in James a small sadness for his change kept apart from the rest?

Sunday was always the best of days for being the self you had intended to be, but were not, for one or another reason. This was true most of all for those without families, those without friends. He thought, then: We of the mnemonist profession are always discrete in our ways. This pleased him. He said it aloud as he passed again into the morning as though entering some familiar hall.

—Of course, we of the mnemonist profession are always discrete in our ways.

A boy of about eleven was on a footpath soon to join that of James. He looked up as James spoke. The footpaths were passing by a row of houses. In one, another boy was sitting on the edge of a dilapidated sand-box strewn with broken toys and faded color.

The boy in the yard looked up with pained recognition. Immediately he put his hands over his eyes and hid his face.

—Listen, you, said James, raising up the back of his hand.

But the first boy had already run off. He was mostly gone in fact. Boys change so quickly at that age, it was hard to say certainly that the boy away now beneath the trees was even the same one.

James continued. Behind him, the boy sitting in the yard was lost to sight. Is it crueler to be cruel when alone, or to be cruel in front of others?

That's why they say people who are cruel to animals should be punished so badly. For everyone's good. Not really for the animals.

James set the newspaper beside him on the bench. The park ran beneath a cliff that hung above a river. Three bridges crossed the air above, and it was his way to sit beneath the third of these on a bench upon a small outcrop of rock. Away to his right a field stretched.

Perhaps it was crueler to be cruel when in company.

Birds were diving back and forth between the limbs of trees, and an ephemeral greenness cast by the morning hung over the late-autumn park. He would have liked to tie strings to all the birds, to all the branches of trees, to all the whirling leaves and the swells upon the river, and pull with his hand, here and there, the glad enormity of morning, of that very Sunday morning. To take up in his hand the paths across which he had come, the boy running ahead upon the path, the boy behind, face covered, the bald shopkeeper with his regimented monies, the small door in the side of his house . . . But what then would he do with them?

A sort of shout came. James looked up. In the field, the figure of a man, bent over. James stood. The man shouted again, and lurched to the closeness of the ground. James looked about him. The park was empty. Leaving the newspaper, the bench, the path, he ran across the flatness of grass.

The man was lying in a crumpled fashion.

—Are you all right?

The man turned on his side. His coat was open and the skin of the front of his body was like a rent and torn shirt. He must have been stabbed at least a half dozen times. James hesitated.

The man made a painful sort of noise.

—They must have gone past you.

How could the man be alive? It must have happened within seconds. But where had the attackers gone?

The man was crouched in a way that James recognized. It was the manner of a dog that had been severely wounded by another dog in the presence of people and other dogs who all had done nothing to stop any of it. Furthermore, he, as such a dog, might feel sternly and clearly that any help soon to be forthcoming would be of no use to him, and that rather, perhaps, it were better that he be left alone, and certainly not looked at in this horrible manner.

—I'm going to get an ambulance, said James.

—There's no time for that, said the man, grimacing and puffing with his cheeks in an unpleasant way. I'll be dead before it comes. And what if they come back?

The man began to cough. James looked away at the river. Its surface was wet, and pierced with innumerable ripples and deformities. The liquid came up against the shore, leaving marks of wetness along the sand, along the bases of trees, upon everything it touched. It made him want to vomit.

He had put his hands into his pockets. He drew them out, but suddenly didn't know where to hold them. He put them back in again.

—What's your name? he said.

He looked at his feet as he said this.

—Did they take anything of value? asked James.

He was quiet for a moment.

—I was one of them, but I left, and they didn't want me to leave. Have you seen the paper? Samedi? The conspirators? I was one of them. I didn't have the stomach for it, and I left.

The man groaned and rolled onto his back. This prompted a fresh pulsing of the wounds; more blood issued forth out of his broken chest.

—What's there to do? McHale groaned. You must do it. You must expose them.

James stood a few feet away, uncomfortably watching. He wanted none of this.

He was wretched with his dying. James didn't want to look, but there is something hypnotic about such final speeches, and he listened even as his eyes slid along the filthiness of the river.

—The man, the man in charge, Samedi, is tall and fat but carries it well, if you understand. A mole beneath his left eye, and he—

McHale broke off with a fit of coughing. Blood began to come out of his mouth.

—He never goes out in public, or in the sun. His skin is pale. He is with a younger man, who dresses well, scornful, black hair, a childish face.

—But how would I find them? asked James. What would be the point?

—First, look for a man, Estrainger, his name is. He lives near the Chinese district. Poses as a playwright, but really he's an agent of . . . Samedi's. About fifty. Fifty or sixty. Gray hair. Small.

McHale's efforts were dwindling. He lay for a while, just breathing with his eyes closed. James decided to go for the ambulance. He started to move off, but McHale spoke again.

—Another under the name of Sermon. Supposedly a psychologist. Young and conceited. Surrounds himself with women.

The Broken Triangle by Davitt, Jane, Snow, Alexa
Dance With Me by Hazel Hughes
Pony Passion by Harriet Castor
One-Letter Words, a Dictionary by Craig Conley
X20 by Richard Beard
Currawalli Street by Christopher Morgan
The Merger Mogul by Donna Every
All the Way Home and All the Night Through by Ted Lewis
What He Didn't Say by Carol Stephenson
The Gangster by Clive Cussler and Justin Scott
Our partner