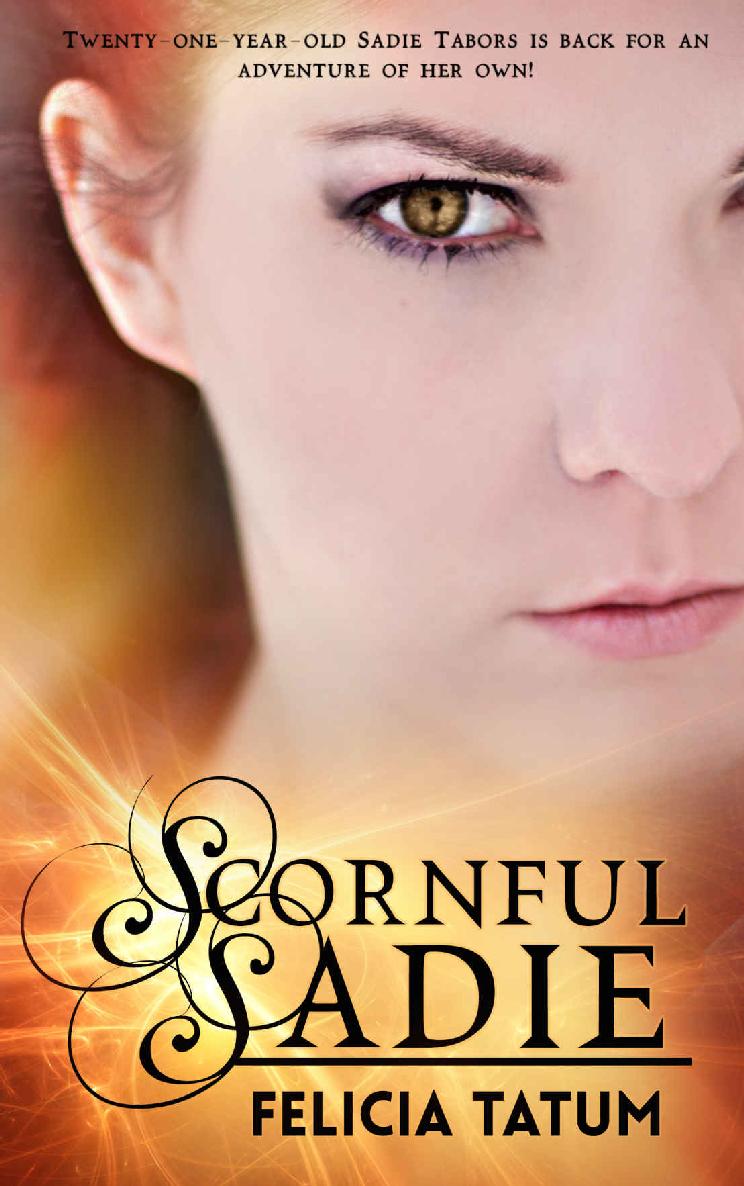 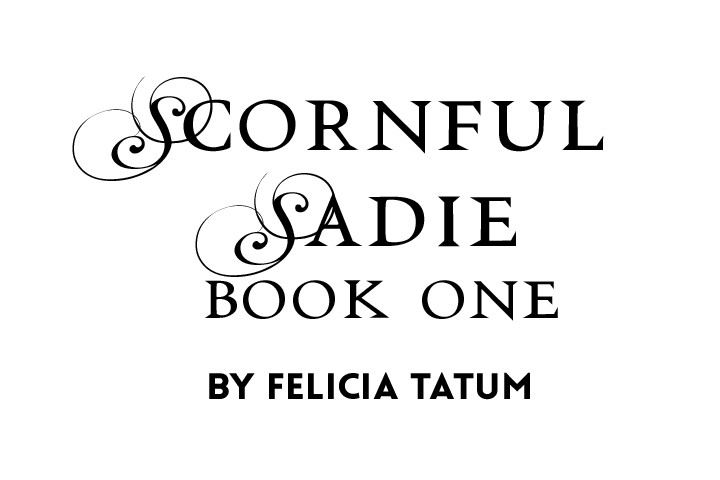 This novel is a work of fiction. Names, characters, places, and incidents are either the product of the author’s imagination or are used factiously. Any resemblance to actual events or locals or persons, living or dead, is entirely coincidental.

All rights reserved, including the right to reproduce this book or portions thereof in any for whatsoever.

Huge shout out to Kirstin Cordy for the creation of Mel! Kirstin, thank you for participating in my summer reading challenge last year and thank you for creating Mel!!!

Thank you to  my momma for always being there. Couldn’t do this without you.

My daughter for inspring me to be better, always.

My Dauntless Indies family-I dunno what I’d do without y’all. Love each and every one of you.

To my Fleet: you all rock! I’m so thankful to have such a great group of readers who support me. 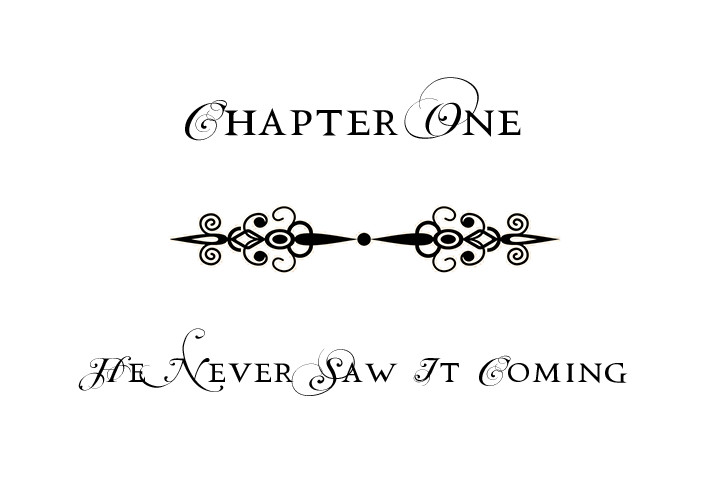 The cool spring wind caressed my skin as I walked hastily through downtown Charleston. The thump of my boot heel echoed around me, and with a point of my finger and flick of my wrist, I silenced my feet.

Discretion was of the utmost importance in this hunt.

Passing through the bustling nightlife, I walked deeper into the outskirts of the city. The ocean waves crashed in the distance, a soothing and wondrous sound, and still I kept on. The darkened alleyway near Folly Beach was my destination. As I approached, I slowed my walk, closed my eyes, and reached my senses out to feel the vampire. Leaning my head back, I allowed my ears to search for his voice, the growl he so often let out moments before he attacked his prey.

I had to hurry.

At the sound of the murderous roar, I picked up my speed, running the rest of the way. My black combat boots pounded on the pavement but made no sound thanks to my spell. My long dark locks were pulled into a high ponytail that swished around my face as the wind circled around me. His victim let out a terrifying scream, so I ran faster.

I reached the edge of the blackened alley; whether he had dimmed the street lights, or it was just a bad part of town, I didn’t know. A young woman, not much older than my twenty-one years, was being strangled by this monster and I had to take action.

“Yo,” I called, stepping into the passageway. “Let her go.”

He whipped his head around, blazing red eyes settling on mine. “Sorceress,” he hissed. “Go away.”

The girl whimpered, so I stepped closer. Reaching to my back pocket, I pulled out the golden stake and pressed it to my thigh. “No.”

He released her throat and she fell to the ground. Glancing to her for an aura, I saw she had none, so she was human. I hoped that fall didn’t break any bones, but that was better than being dead.

He sped to me, in my face in an instant. Cocking his head to the side, he leaned in and sniffed my neck, sending a chill down my spine. “I love sorcery blood,” he cooed.

“You don’t want to do that,” I warned. Using my free hand, I spun my fingers in a circle and lit up the area around us.

He took a small step back, then smiled widely. “Wait…are you…
the
Sadie Tabors?”

Smirking, I curtsied. “The one and only. I’m assuming you know why I’m here.”

Chuckling, he started to pace in front of me. “Well, from what I’ve heard, you’re out decimating all the
bad guys
,” he said, using air quotes. “But I was simply trying to get some dinner. You don’t have a bad guy here.” He shrugged like he truly thought I didn’t know.

Moving quickly, I pinned him against the wall, using my power to concentrate the wind around his body and hold him steady. “Oh, yeah? So, you, Eric Adams, didn’t go on a killing spree on Folly Beach three nights ago, murdering a whole wedding party and their guests?” I stepped back, studying him.

If he could pale, he would have when my words reached his ears.

Taking the stake from my side, I twirled it in my hands. The girl, who I’d momentarily forgotten about, sat crying a few feet from us. Turning to her, I called, “I’ll help you in a minute, I’m almost done here.”

“You can’t kill me with that,” he snarled.

I flipped it from my right to left hand. “I can’t?” I asked. Giving him a half smile, I rushed forward, the tip of it pressing into his chest.  “It’s pure gold infused with silver extracts, dill, and garlic.” Shifting the stake, I readied it at the base of his ribs. “I’m pretty sure it will turn you to ash,” I said coyly.

I loved revealing I knew how to kill them and watching as they realized their time was up. Eric’s face fell, his horror evident. “Please…” he begged.

“No,” I said forcefully. The stake pierced his skin and his shirt reddened. “Now tell me why you killed them all. Vampires can’t hold that much blood. Did you have help?”

He shook his head furiously.

I pushed it farther. “Then tell me why,” I demanded through gritted teeth.

His breathing became heavier. “The groom…he was a hunter, and a psychic told me his child would be the end of me.”

Deeper it went, closer to his heart. “Looks like you can’t trust psychics, since I’ll be the end of you. Why all of them?”

“I didn’t want to take any chances that it was someone else in the family.”

I plunged it all the way in until I felt the tip break through his heart. Once the stake was to the killing point, a red line around the top that signified it’d gone far enough, I pulled it out and watched him fall to the ground, his body slowly turning to ash in front of me.

The girl, obviously in shock, sat rocking as she watched it play out. Wiping the bloodied stake off with the vampire’s clothing, I stuck it back in my pocket and walked in her direction.

I crouched in front of her. “I’m not here to hurt you. Let me help.”

Her large green eyes were rimmed in red, but she nodded.

Laying a hand on her neck, I allowed my energy to circulate through my palm and onto her skin to heal her. She tensed and I shushed her.

Smiling genuinely, I moved my hand to the other side of her body. “My grandmother’s name is Anna. You must be pretty special to have the same name.”

She relaxed beneath my touch, and I finished the healing. Holding my hand out, I helped her up and waited for her to regain her balance. “Do you hurt anywhere else?”

She shook her head. Glancing at the once vampire, she shuddered. “Thank you, Sadie.”

Smiling, I took her wrist and guided her from the alley. “Don’t mention it.” Looking around, I headed in the direction of the city. “Where do you live?”

“I’m here on vacation,” she said. “I’m staying at that hotel on fifth street. I was out getting food when he grabbed me.”

I nodded. “What food did you want?”

“A burger and fries would have been fine. I was headed to that little diner across the street. Do you know what I’m talking about?”

I nodded again. “Yeah, I’ve lived here a few months.” Waving my hand through the air, a bag appeared in her hand. “Burger with everything and fries. Also stuck an apple pie in there. Now let’s get you back where you’re safe.”

She stared at the brown sack with her mouth wide open.

She gazed at me in wonder.

“Listen, I get it, but you just saw me turn a vampire into ash.  Is conjuring a burger and fries really that mesmerizing?”

“No need, but we need to get you out of the open. I’m not convinced he wasn’t working with someone.” My pace picked up.

She followed, dashing to catch up. “So, do you do this all the time?”

“What?” I asked. My eyes moved back and forth as I scanned the area for danger.

“Kill vampires and make burgers for their victims,” she chuckled.

“The first part yes, the second no. Most of the victims are already dead,” I said solemnly.

“It’s not only vampires, though,” I said, hoping the extra information helped her to get her mind off the dead people I failed to rescue.

I stopped at the corner of Fifth and Oak. “Anyone who is abusing their gifts.”

“I can’t say much more.” I stopped, pointing at the hotel we stood in front of. “This it?”