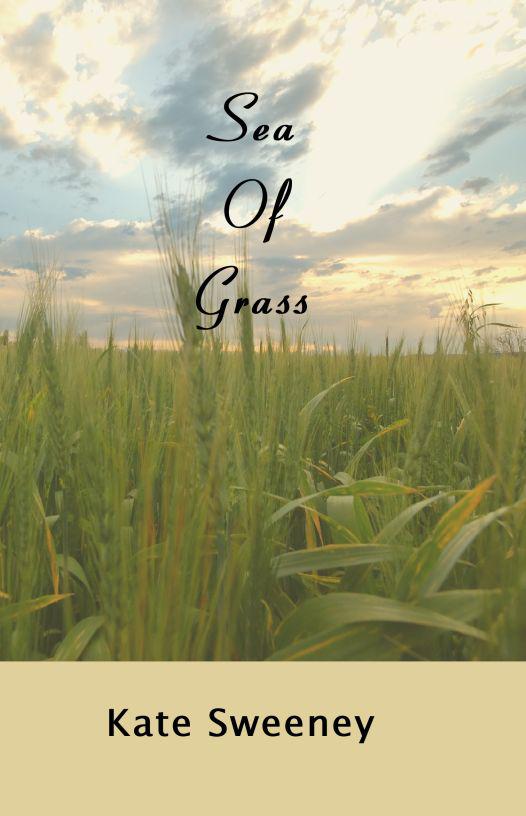 Professor Tess Rawlins spent the last twelve years teaching agriculture in California, away from Montana and her heart. When she’s called back to the sprawling Double R cattle ranch and her ailing father, Tess is thrown back into the world she had nearly forgotten since the death of her brother two years earlier.

Unsettling memories boil to the surface for Tess, and her only pleasant distraction is the new cook Claire Redman and her son Jack. However, there is more facing Professor Rawlins than dealing with the memory of her brother or her attraction to Claire. Tess must figure a way to save the Rawlins’s five thousand acres of rich grassland. It has thrived for five generations, when her great-grandfather started the dynasty in the 1880s; now she may lose it all to an unscrupulous land developer.

Set in the foothills of the Bitterroots, Tess and Claire find themselves in the fight of their lives—for love and the
sea of grass.

All rights reserved. No part of this book may be reproduced in printed or electronic form without permission. Please do not participate in or encourage piracy of copyrighted materials in violation of the author’s rights. Purchase only authorized editions.

This Trade Paperback Is Published By

This is a work of fiction. Names, characters, places, and incidents are the product of the author’s imagination or are used fictitiously, and any resemblance to actual persons, living or dead, businesses, companies, events, or locales is entirely coincidental.

As always, many thanks to my editor, Tara Young, who does a wonderful job.

And to my beta readers on
Sea of Grass
, Maureen and
Jule
, whom I trust implicitly.

To my partner in crime at Intaglio, Sheri Payton. She is loyal, steadfast, and a little odd. We work well together.

Professor Rawlins stood by the open window and gazed at the blue California sky. Far from Montana, he thought as he chomped on a piece of grass. He turned back into the empty classroom and smiled. There was Lenore standing in the doorway. She brushed the silver hair from her forehead and adjusted the wicker basket she held on her arm.

“What in the world are you doing here?” he asked his wife.

Lenore shook her head, walked into the classroom, and placed the basket on his desk. “I knew you wouldn’t stop to eat.” She plucked the thick blade of grass out of his mouth and kissed him soundly on the lips. “Working day and night on that grass seed.” She shook her head. “Why, I don’t know. Your father’s ranch has a wonderful pasture for the cattle.”

“I know, but it won’t last forever. It’s the twentieth century,
Nore
, and I’m trying to figure a way for Dad to keep the ranch.”

Lenore pushed him into his chair and placed a napkin in his lap. “It’s 1935 and cattle ranching may soon be a thing of the past, Jeremiah. You
Rawlinses
will have to face that one day.”

“I know that, you know that, but try telling it to my father. I’m not the rancher, he is.”

“As well we both know. He’s a stubborn one,” Lenore said and opened the thermos. “Hot soup.”

“I didn’t think I was hungry.” He rubbed his hands together when Lenore produced the cold fried chicken. “I don’t have another class for an hour.”

“Good, this will give you time to eat.” She filled his plate, then hers. “I don’t think the agriculture department of Cal will mind if I join you.”

Jeremiah waved her off as he ate his chicken leg. “I’ve got tenure. I’ve been here for nearly twenty years, and my papers have brought enough notoriety to this college. I think they can handle me having lunch with my wife.”

After a few minutes of eating and talking of their children, Lenore asked, “So tell me. How is your research coming?”

Jeremiah wiped his mouth with the napkin and shrugged. “I think I’ve done it. That blade of grass you took was the product of all my work.”

Lenore raised an eyebrow. “How did it taste?”

He laughed. “Like grass. It reminded me of the ranch and my childhood.” He gazed out the window once again, thinking of Montana and the Double R Ranch.

“Sweetie, I know you miss the ranch, but you make a better professor than a rancher.”

He looked back at his wife and grudgingly agreed. “My brothers and even my sister are better at it.”

Lenore stood and walked over to Jeremiah, who looked up and smiled. She cupped his weathered face and kissed him. “Your work here is just as important as working on the ranch. You’ll find a way to save the land and the ranch, Professor Rawlins.” She looked on his desk and saw a thick leather-bound notebook. “What is this?” She picked it up and leafed through it.

“I was working on my memoirs, you know, the family and the ranch. Someday, my son or a grandchild might find it useful.” He kissed his wife and pulled her onto his lap. They both looked out at the sky. “Maybe they’ll love the Bitterroots and the land as we have…”

Lenore looked into his eyes. “And the sea of grass you worked hard to protect for them.”

Professor Rawlins pushed the window open and took a deep breath of California air. Gazing at the clear blue sky, she thought how much it was like Montana, just not as open. She missed it, missed the Bitterroot Mountains, missed the ranch, and missed her father.

She turned to see her assistant. “I’ve told you before, Bill, call me Tess.”

“Sorry, Tess. I got the results from our tests. They look good. I think between you and Dr. Spellman, you’re on your way.”

“I hope so.” She took the folder out of his hand. “Has Dr. Spellman seen it?”

“Not yet. I wanted you to see them first.”

They turned around when someone knocked on the classroom door. Tess grinned and Bill grunted, which Tess heard.

Melanie Davis stood in the doorway. She grinned and ignored Bill, who looked as though he couldn’t care less. He took the folder out of Tess’s hand. “I’ll just take this to Dr. Spellman.” He looked at Melanie. “Nice to see you, Melanie.”

“That’s Professor Davis to you,” she said, not looking at him as he passed. “Close the door, Bill.”

He did with what Tess knew was with a little more force than necessary.

“You need a new assistant,” Melanie said, walking toward Tess.

“The
ag
department would be lost without him, Mel.”

Mel rolled her eyes. “I can find six people who could do his job.”

Tess shook her head. “Thank you, but I’ll take care of my department, you take care of…” She stopped and grinned. “What department was that again?”

“Ah yes, the media,” Tess said, laughing at the irritated look on her lover’s face. She pulled Mel into her arms. “Don’t pout.”

Mel reached up and slid her fingertips against Tess’s lips. “You like my pout.”

“And why don’t you let your hair grow longer as I asked? You have such wonderful thick blond hair, and I want to run my fingers through it.”

Tess shivered when she felt Mel’s fingers rake through her hair. She stepped back with a nervous laugh. “Okay, that’s enough of that. I don’t want to lose my tenure.” She backed away to her desk. When Mel followed, Tess put her hand up. “Close enough, youngster.”

Mel stopped and folded her arms across her chest. “Youngster? You’re not old, Tess.”

“I’m thirty-four. You look older because you spent too much time in the sun on that dude ranch or whatever you call it.”

“It’s not a dude ranch, it’s a cattle ranch,” Tess said. “And it’s been in my family since the 1880s. So have some respect, woman, you city slicker from Los Angeles.”

Mel struck a thoughtful pose. “Yes, I am and I like it that way.”

Tess heard the challenging tone in Mel’s voice; it had been this way since they met. Mel was a city mouse—Tess a country mouse. Although since her brother’s death two years earlier, Tess had stayed at UC-Berkeley after the school year was over. She told herself she was needed for the research the agriculture department was doing, but if she were honest, it was too difficult to go back to Montana and the ranch. She felt guilty leaving her father to cope with the day-to-day business for the last two years.

Though she loved the ranch, there were times she wished her father would sell it.

Broken from her reverie, Tess looked up to see Mel smiling slightly. “You were miles away.”

Tess leaned against her desk and let out a sigh. “I was thinking about the ranch and my father.” She could practically feel Mel’s body tense.

“You’re not thinking of canceling our summer trip, are you?”

“Because you need a break and God knows so do I.”

Tess raised an eyebrow. Melanie was a first-year professor, fresh out of grad school. She taught communications and had an average two classes per semester. “I know, don’t worry.”

“Good,” Mel said in a low voice. “I’m looking forward to a month in Hawaii doing nothing but making love to you.”

“I—” The cell phone buzzing in her pocket stopped her. Tess looked at the caller ID and frowned. “It’s Maria,” she said, almost to herself. Mel wasn’t listening; she groaned as she walked away from Tess, who flipped the phone open. “Hey, Maria.”

Some of My Lives by Rosamond Bernier
Dead Hunger II: The Gem Cardoza Chronicle by Eric A. Shelman
Invisible City by Julia Dahl
The Concise Oxford Dictionary of Politics by Iain McLean
Strange Magic by Gord Rollo
The Princess Bride by Diana Palmer
The Cabinet of Curiosities by Paul Dowswell
Crimson Sunrise by Saare, J. A.
The Preacher's Bride by Jody Hedlund
Reckless for Cowboy by Daire St. Denis
Our partner