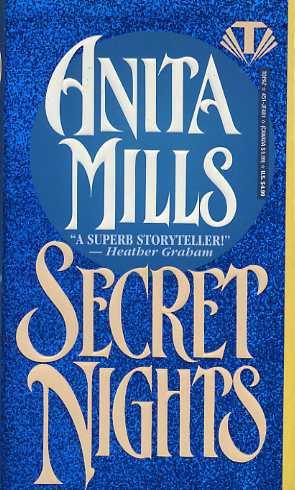 He was so near that she could smell the clean scent of the Hungary water on his face, and she could feel the warmth of his breath caressing her cheek.

"If I let you kiss me, Patrick, I will not want you to stop," she told him, her voice scarce above a whisper. "Please—do not shame me again."

"You cannot tell a man you want him also, and expect to make him go, Ellie," he said softly. Putting his hand on her shoulder, he turned her around once more, "I am telling you I love you," he whispered. "I am telling you I want you above everything."

It was as though she were brittle, as though if he touched her further she should break, and yet she had not the will to refuse him.

A special thanks to my pharmacist, Robin Stith, who provided me with the perfect poison
.

M
ost of us who enjoy reading about the English Regency see it as the gay, glittering era before those staid, repressed Victorians came upon the scene and spoiled the fun. When we think of the Prince Regent and his time, we tend to think of the reckless pursuit of pleasure, the grand social whirl of endless balls, routs, and country parties where innocent misses transformed reluctant rakes and rogues into adoring suitors.

That was the facade. But beneath the veneer of this sophisticated upper social crust, there lurked a much darker society in turmoil. Displaced by machines or made superfluous by the end of the Napoleonic Wars, many desperate people turned to crime and vice to survive. Opium dens, thieves' kitchens, brothels, and gin shops thrived in London's stews and alleys.

Brought together by rumor, mobs formed spontaneously, looting and destroying houses, torching occupied carriages, and generally wreaking havoc until the Horse Guards showed up and began shooting. Then the rioters fled, melting into dark alleys, leaving behind the bodies of their comrades, waiting to be incited another time.

In the absence of an effective police force, criminals multiplied despite the fact that not only murder but also the theft of anything valued above five shillings, the defacing of public property by so much as a chip of stone, as well as two hundred or so other acts were all punishable by death.

And the gallows were busy. In one September alone, fifty-eight felons were hanged in London— while the wealthy watched over elegant meals conveniently served at windows! Crowds, sometimes eighty thousand strong, pushed, shoved, and trampled one another to death while whistling and jeering at the condemned.

But it wasn't just riffraff who were hanged. Joseph Wall, once a colonial governor, was tried in London for sexually assaulting a Miss Gregory, shooting men from a cannon, and having a soldier whipped to death. To pay his gaming debts, a Scottish doctor profited from dispatching wealthy patients before discovery. A woman who ran a home for orphans was found to have killed her charges. A lovesick swain robbed and murdered to satisfy a greetly mistress, then upon finding her unfaithful killed her also. A misogynistic doctor poisoned unsuspecting females until one lived to tell her tale.

At the same time, good people such as Mr. Wilberforce and Hannah More saw the social ills and Suffering, decrying them, taking up the causes of the downtrodden, earning for themselves the sometimes derisive name of Methodists for their troubles. Unfortunately, far too few in a nation still smug from victory over Napoleon were reatly yet to listen to those who sought social reform.

Against this turbulent, almost schizophrenic background of wealth and poverty, indulgence and deprivation, piety and vice, I have set my story of an obsessed father, an ambitious young man, and the woman torn between them.

Mr. Justice Humphreys cleared his throat in surprise, then repeated the verdict, adding, "The jury has found Mrs. Magdalene Coates not guilty of the murder of Margaret Parker." Almost as soon as he spoke, he rapped his gavel, indicating that the long ordeal was over. "Having discharged its honorable and lawful duty, the jury is dismissed."

Humphreys had confirmed the finding so somberly that it took a moment to assimilate it. Then a low murmur of disapproval passed through the disappointed crowd in the public gallery. The accused, a heavyset woman, slumped briefly, then sat back, wiping her streaming eyes. Beside her, Patrick Hamilton sorted a pile of papers, then inserted them into the worn leather foldover.

It was over, and he wanted to leave before she played out a public scene of gratitude. Rising, he straightened his barrister's robe as Maddie turned to him, scarce giving him time to hold his wig before she grabbed his free hand and pumped his arm vigorously.

"Ye did it, Mr. Hamilton—ye did it! Godamercy, but ye've given Maddie Coates 'er life, and she'll not ferget it—no, sir—not ever! Ye got ter come 'round ter celebrate—aye, we'll tipple a bit o' Boney's best brantly!" Her voice lowered as she added, "And I got a mite o' good stuff I'd share wi' ye-—t'morrow, if ye was a mind ter. We'll put it in the pipes—lessen you was wan tin' ter eat it—and—"

"Boney's brantly will quite suffice," he murmured.

As she looked up at him, tears streaked her heavily rouged cheeks, sending red lines all the way to her sagging jowls. "Thankee—oh, thankee," she whispered, succumbing to the overwhelming emotion she felt.

Patrick disengaged his hand carefully. "You were innocent, Maddie," was all he had a chance to say before she was surrounded by a group of equally painted women. As "her girls" enveloped the now notorious madam, he ducked away.

Glancing warily to the emptying gallery, he was all too conscious that the disappointment there might well turn into outright anger. Having come for blood sport, some were always determined to have it, and there was nothing quite like a London mob. But this time, they appeared merely disgruntled.

He turned back in time to see perhaps the loveliest female of his memory. While blondes were definitely the fashion, this one was possessed of hair somewhere between spun gold and copper that framed the face of an angel with eyes of the deepest, brightest blue.

"I have come to see Pearl," the young woman said, her voice enticingly husky. "We have spoken before. She is ill and in need of a physician's attention."

"And I say she don't want nothin' ter do wi' ye!" As she said it, Maddie grasped the arm of a thin, pale creature, pulling her away from the beauty. "Why don't ye leave well enough be? I take care o' me gels and see as they are healthy enough, I do! You and the interfering Methodists!" she snorted contemptuously. "Don't want me ter make an honest livin', do ye?"

Ignoring Maddie, the girl spoke to the sickly looking girl, "If you wish to leave, you can come with me. This is England, and she cannot own you."

Before Patrick could intervene, an older man took the lovely girl's arm, saying sharply, " 'Tis enough, Elise! Enough, I say! It ain't your business to interfere."

Maddie turned her attention to the old man. "Aye, take her wi' ye—and don't be lettin' her near me gels again, fer I ain't one ter tolerate interference wi' me business!"

"Ask Pearl," the young woman insisted. "She hates what—"

"That don't matter," the old man interrupted her testily. "Come on now—this ain't no place for this, you hear me? Got to get you out of here," he muttered as he dragged her away. "Elise, what was you thinking of?"

"This is England—people are not owned," the girl retorted.

"Law's on her side," he answered gruffly, pushing her into the crowd. "Besides, she ain't nothing to you."

She argued further, but Patrick could not hear her above those who shouted at the keeper of the gallery. Looking back once, she hesitated as though she still wished to say more, then a wall of humanity closed behind her. Patrick still stared after her, wondering enviously how the man could have acquired such a fancy piece. Then the cynic within him gave the obvious answer—the old gent was undoubtedly rich enough to afford her.

For a moment he considered asking Maddie Coates about her, for Maddie, ever alert to stocking her own establishment, seemed to follow the career of every working girl from the lowest tart to the fanciest courtesan. And she was not beyond advertising that this girl or that "was once under the protection of Lord So-and-so," naming the name. But with a face like hers, he mused that it would be a long time, if ever, before that exquisite bit of fluff wound up in a place like Maddie's.

"Aye," Edward Milton, Peale's associate, muttered grudgingly. "If you'd have asked me, I'd have said the old whore was gallows bait."

"Common sense said she did not do it," Patrick

Hamilton murmured, turning back to them. "But alas, what is common sense when the public clamors against it, eh?"

Peale flushed for a moment, then consoled himself. "Well, if it had been any other, I should have regretted the loss considerably more. You, sirrah, have no peer in the examinations—no peer," he repeated, as though his defeat could not be his fault. Settling his Shoulders, he nodded to Patrick. "Do you come 'round to White's with us?"

"More of the unwashed?" Milton inquired sarcastically. "Is there none so impure that you will not defend?"

"Being a procurer, unsavory as that may be, does not preclude Mrs. Coates's right to be considered innocent of murder," Patrick countered.

"Dash it, but the woman's a disgrace—runs a—an utter den of iniquity!" the junior prosecutor sputtered. "Innocent of this or not, she's still done enough harm to hang."

For a moment Patrick looked to the group of cheaply perfumed women, then a faint smile played at the corners of his mouth. "Actually, I believe the place is called a brothel."

"And you, sir, are an equal disgrace to the barrister's profession!"

"Enough." Thrusting out his hand to Patrick, the chief prosecutor forced a smile. "You waste your talents on the riffraff, you know."

Smiling, the younger man shook his head. "I should rather count it that I gain justice for any able to afford me." Out of the corner of his eye, he could see Mad-die and her girls moving toward him. "Good day, gentlemen," he murmured quickly.

As he left, he could hear Milton still complaining. "How could you say it, sir? The man's naught but an actor in robes—he belongs on the boards in Drury

Lane, if you was to ask me. His is but an act of legal chicanery, sir."

Peale's eyes followed their courtroom adversary before he answered. "He has style—and substance, Ned—style and substance. And with his ambition, he's going far, Ned—far. You can wager on it, if you've a mind, I tell you."

"Surely you do not think he's looking to the bench?" the younger man demanded, scandalized.

"No, no—to politics, dear boy—to politics. All he needs is the right mentor. Indeed, but I have heard that Dunster—" Peale caught himself and shook his head. "Well, I daresay we shall know if a certain notice appears in the papers, won't we?" he added mysteriously.

"Dunster! The Earl of Dunster? Why, he holds the Home Secretary's portfolio!"

"Precisely, Ned—precisely. You may mark where you heard it, dear boy—Patrick Hamilton is going to advance beyond bar or bench," the older man predicted smugly.

"With Dunster's backing, he can aspire to a peerage! I mean, Dunster's got the Regent's ear!" Milton gasped, utterly aghast at the thought.

Throwing a fatherly arm about his junior's shoulders, Peale nodded, "And who can fault Hamilton for going where we shall never be privileged to tread, Ned?"