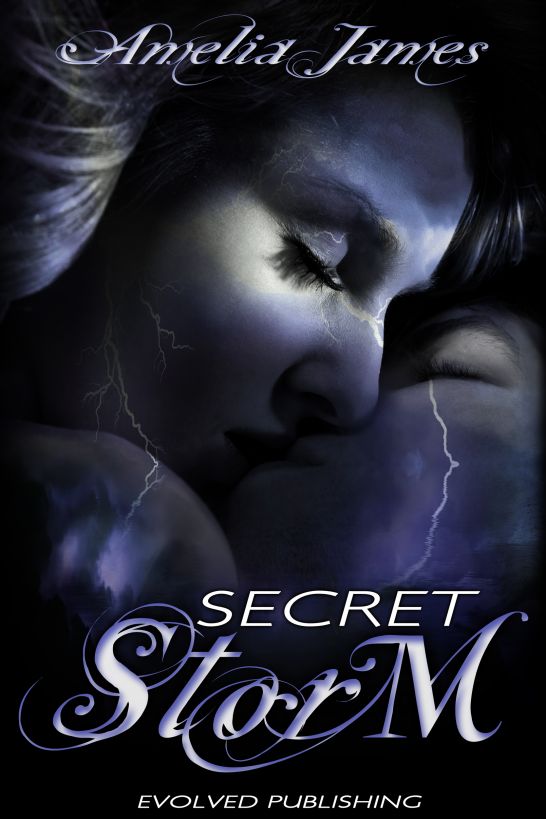 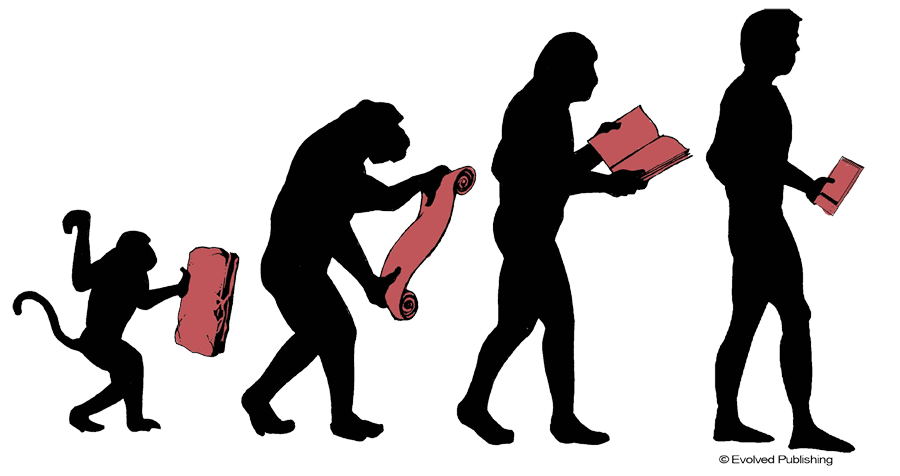 Published by Evolved Publishing at Smashwords

You may not use, reproduce or transmit in any
manner, any part of this book without written permission, except in
the case of brief quotations used in critical articles and reviews,
or in accordance with federal Fair Use laws. All rights are
reserved.

This eBook is licensed for your personal
enjoyment only; it may not be resold or given away to other people.
If you would like to share this book with another person, please
purchase an additional copy for each recipient. If you're reading
this book and did not purchase it, or it was not purchased for your
use only, please return to your eBook retailer and purchase your
own copy. Thank you for respecting the hard work of this
author.

This is a work of fiction. Names, characters,
places and incidents are products of the author's imagination, or
the author has used them fictitiously.

Explicit language. I write fiction, and give
my readers the benefit of the doubt, assuming they know romance
fiction sex is fantasy sex, and in fantasies, we're allowed to
break the rules. I believe in practicing safe sex, but my
characters do not use condoms because this is a fantasy, an escape
from the harsh realities of everyday life. My readers are smart
enough to know the difference. ~ Amelia James

Thank you for always believing in me, especially when
I didn't.

"I have better things to do." Sara Jensen
peered over the top of her glasses at her best friend.

Jane laughed. "No you don't. What's better
than going to a football game on a sunny Saturday afternoon?" She
clapped and pumped her fist. "Go Bears!"

"Quit complaining." Nick, Sara's boyfriend,
nudged her and smiled. "Your eyes have been glued to the team since
we got here."

"They have not." Sara cast a quick glance at
the players gathered in a close circle, bent at the waist, muscles
tensed and ready for action.
Oh my....

Jane and Nick had insisted she go with them
to watch Bayfield College play their arch rival.... She couldn't
even remember the name of the other team. This game was supposed to
be big and important, but she didn't get it—to her, it still seemed
like a bunch of guys chasing another guy carrying a funny-looking
ball.

A collective grunt and crashing bodies shook
Sara from her thoughts. A Bayfield player grabbed the ball and took
off down the field as everybody else ran after him. She had no
reason to be interested in this game. Jane had dragged her to
it—again. Still, she couldn't take her eyes off the man tearing
down the field. He escaped one opponent after another, spinning
away from a tackle, using his broad shoulders to plow through the
other team like a monster was chasing him.

Somebody finally managed to knock him down,
and a whistle blew. He rolled to his feet and walked back toward
his team, scanning the field. He turned toward the stands, his dark
eyes meeting hers. The man she couldn't stop watching, the man
who'd captured her attention at every single game, was Jack
Wheeler, Bayfield's best... ball-running guy. Jack smiled and a
little thrill shot through Sara's body, literally shaking her.

Sara squeezed Nick's hand, hoping to
jump-start the electricity they'd once shared, but he dropped her
hand to clap when the team assembled. She turned her attention back
to the field and concentrated on the ball. Austin Sinclair,
Bayfield's
quarterback
—she knew that term—pretended to throw
and the other team scrambled after the receivers, but he spun and
handed the ball to Jack. Only one guy stood between Jack and the
goal line. He crouched low, gripping the ball hard as he ran right
over him. Hundreds of Bayfield students jumped up and cheered,
shaking the bleachers as Jack leaped into the end zone as time ran
out.

Sara stood and cheered too.
Why is my
heart pounding so hard?
She didn't care about this game. Not
even if they had just won. "Way to go, Jack!"

"Come on, baby. Let's go to McGinley's and
celebrate." Nick took her hand and they picked their way through
the crowd.

She turned to Jane. "Want to come with
us?"

Her friend shook her head. "I have a paper to
work on."

"You need to get out more. It'll be good for
you."

"The library will be empty right now. I'll
catch up with you later." Jane disappeared into the noisy
crowd.

They'd gotten to the game late because she'd
dragged her feet, so the only parking spot left had been at the
back of the lot, closer to the school than to the football field.
She smiled as he trotted through the crowded lot. Maybe the thrill
of new romance was gone, but Nick treated her well. She needed
that.

She recognized Jack's voice before she saw
him jogging toward her, helmet in hand, his sweaty, dirt-smeared
jersey clinging to his chiseled abs. A forbidden smile twisted her
lips. The man needed a long hot shower. That thought led to more
hot and steamy thoughts and....

Oh he's waiting for me to say
something.
"Hi Jack." She panted. "Great game."

"Thanks." He grinned and shook his long dark
hair out of his eyes, a move she found endlessly enticing. "Austin
pulled off another win."

"I don't know much about football, but I
think you had something to do with it."

He chuckled. "Yeah, I helped." His humble
smile couldn't hide the pride in his face. Jack understood his
importance to the team. "Are you going to McGinley's?"

A far simpler question than the one hidden in
his deep blue eyes:
Why aren
'
t you with me?
"Yes.
Um... Nick is taking me." He probably didn't want to hear that, but
it seemed whenever that unspoken question came up, she always got
the answer wrong.

"Good. I'll buy you two a beer." His smile
dimmed.

His voice was so low and soft she thought he
might have said
I want you
. Maybe that's what he wished he
could say. His subtle flirting always held hidden meanings in his
hushed words and smoldering glances.

His expression turned hopeful and he spoke
up. "Our psych exam is Monday. Do you want to study with me
tonight?"

"Ah." He looked disappointed but not
surprised.

"I'm sorry. We're going to a little bed and
breakfast he found. We won't be back till late Sunday."

"I understand." He looked at the ground and
his shoulders slumped for just a split second.

Don
'
t give up... please.
"Ask
me again sometime." If he kept asking her, she might get the answer
right someday.

He squared his shoulders. "I will."

His gaze swept over her, filled with such
blatant lust she thought she might melt on the ground right there.
Sara Jensen melted for no man.

"Another time then," he said in a husky
whisper, then winked and ran off toward the gym.

"Another time," she promised, and watched him
go, a secret thrill shaking her to the core. He wasn't planning to
give up and neither was she.

Cold wind howled across the empty field,
stirring up old dry leaves and dead grass. A bolt of lightning
cracked the darkening sky.

"I hate storms," she grumbled to no one in
particular.

She glanced back at Jack and caught him
staring. Tearing her eyes away, she pulled on her coat, yanking the
hood up to shield against his penetrating stare, and ran to meet
Nick in his car.

Jack turned off the shower and grabbed a
towel. He spotted Austin waiting by his locker. That bored look on
Austin's face didn't fool him—he knew he was about to get
grilled.

"Did Sara shoot you down again?"

"'To buying her a beer at McGinley's." Jack
pulled on his jeans.

His smile faded. "And one for Nick too." He
knew he shouldn't be discouraged. Sara's boyfriend was just the
latest in a long line of obstacles between them. Obstacles could be
overcome.

Jack tugged his shirt over his head. "Another
time."

"You are persistent, I'll give you that."

"Damn right." He wouldn't be here now if he'd
given up whenever things got tough.

At one time in his life he hadn't known how
he'd survive from one day to the next, but he kept those days
locked away, a secret well hidden but never forgotten. Now he'd
started his junior year in college with good grades and his career
goal within reach. He'd become the starting running back on the
team with the most wins in Bayfield College's history, and had his
sights on a beautiful woman he couldn't have... yet.

"Someday she'll figure out she wants you."
Austin laughed.

"She already has. She knows it. I know it. We
just gotta get the timing right."

"She knows you want her?"

"If she doesn't, I'm doing something wrong."
The look he'd given her should've erased any doubts.

Austin looked at his watch. "We gotta
go."

Jack grabbed his keys and they headed for his
ancient Mustang. Dark clouds blotted out the sun and booming
thunder rolled toward them.

"Yep"." Storms, obstacles—he would take on
whatever life threw at him, as long as he still believed that
someday Sara would be his.

"Ow, damn it. That was my foot." Sara snarled
at the helpless young freshman being pushed out the front door at
McGinley's. People fell all over each other in the overcrowded bar.
The poor guy probably had no idea he'd run right over her, but she
didn't feel particularly forgiving at the moment. Another clueless
idiot—the latest in a long line of men to walk all over her.

Strangers in the Desert by Lynn Raye Harris
Text (Take It Off) by Hebert, Cambria
Sharp Edges by Middleton, K. L.
Esfera by Michael Crichton
Secrets After Dark by Sadie Matthews
Ain't No Angel by Henderson, Peggy L
Dancing in the Dark by Caryl Phillips
Pace Laps (Racing on the Edge Book 10) by Shey Stahl
Always and Forever by Lurlene McDaniel
Julius Caesar by Ernle Bradford
Our partner