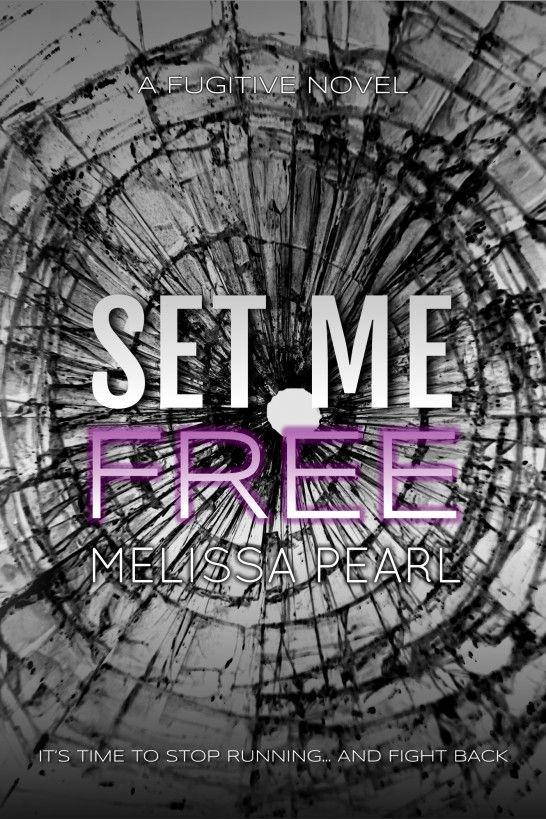 Published by Evatopia Press at Smashwords

No part of this book may be reproduced, scanned, or distributed in any printed or electronic form without permission. Please do not participate in or encourage piracy of copyrighted materials in violation of the author's rights. Purchase only authorized editions.

The is a work of fiction. Names, places, businesses, characters and incident are either the product of the author's imagination or are used in a fictitious manner. Any resemblance to actual persons, living or dead, actual events or locales is purely coincidental.

See other titles by Melissa Pearl at

Lucy Tate has spent the last 5 years on the run. That is, until she met Zach, the one guy she couldn’t bear to leave even though it could cost both of them their lives.

Hunted by a crooked FBI agent who killed her parents, Lucy has taken on one disguise after the next. But Zach knows exactly who she is and in spite of mounting evidence indicating her guilt in her parents’ death, he knows she’s innocent.

Convinced that it’s time to put her years on the run behind her, Zach and Lucy vow to fight back, clear her name, and take down the real killer.

With support from Zach’s loyal friends and his uncle, an investigative reporter, they set out on a dangerous mission hoping that the truth...will set them free.

For being my husband's best friend and the guy who would do anything for him and the woman he loves.

I love to try new things in my writing and this book lent itself to alternating the characters’ points of view.

“I Know Lucy” was told from Zach’s point of view. “Set Me Free” is Lucy's story and therefore, it is told from her point of view while Zach’s recollection of the events are told in third person.

I hope you find this to be a fun and original way to follow this story...I certainly had a good time writing it.

The ride back to Danville had been quicker than I expected. The trucker who picked me up near Bakersfield had made a detour on his way to San Francisco, just to drop me off.

"Thanks for the ride," I mumbled, jumping from the cab.

His deep brown eyes shimmered with warmth. "You take care of yourself, quiet one."

I grinned and flicked him a wave before slamming the heavy door and watching him drive off.

He was a good guy. A family man who I knew all about after our three-and-a-half hour trip together. I had barely said two words the entire trip and he'd filled in the space nicely. It was a good distraction from my beehive of thoughts. My body was buzzing with so many emotions I could barely function.

Hiking my bag onto my shoulder, I orientated myself. Trucky Derek had dropped me off on the outskirts of town. I recognized the buildings and took a deep breath before heading towards the brick house near the middle of town.

I never usually hitched, walking was more my style. Six weeks ago I had walked out of Danville, scurried away from the love of my life because I was scared. I made it all the way to San Diego. I could practically smell Mexico, but I just could not make myself cross that line.

I was a grimy, stinking mess when I finally admitted this to myself. I crawled behind a smelly dumpster and sobbed until my belly ached. I couldn't do it. I couldn't leave him. At least I couldn't do it without telling him how sorry I was.

The next morning, startled awake by yet another nightmare, I stood on shaking limbs and began my trek back north. It took me eleven days to reach Bakersfield and when I bumped into Derek, I just could not refuse his offer of a ride. I knew it was foolhardy, but I had to get to Zach. The need within me had grown desperate.

I slowed to a stop outside his house, the white door so familiar. I had walked through it for several study sessions in the little time we had together. His parents were so cool. I loved the warmth of his house, the comfort it provided. Sure, it did remind me of a sweet childhood that was snatched away from me in an act of brutality that left a gnarly scar on my soul. I had found that part unsettling, but it hadn't been enough to stop me from coming back. I entered Zach's world and fell in love with it.

I wanted those feelings back, even though I didn't deserve them.

Biting down hard on my bottom lip, I shuffled towards the door. My finger was shaking as I pressed the doorbell. I thought I might throw up as I waited for someone to answer. What if it was his parents? I ran my dirty fingers through my greasy hair and cringed. How was I going to explain myself?

I nearly left. I nearly turned and fled on my weak legs, but the door clicked and swung open to reveal the most beautiful thing I'd ever seen.

Man, I'd forgotten how gorgeous he was. Those gentle eyes of his, that square jawline holding his perfect features in place. I wanted to touch him so bad, but knew I had no right. I squeezed my fingers together, trying to control myself.

I had to say something. He was bugging out big time.

"Hi, Zach." The words barely made it out of my mouth.

He swallowed, gripping the door and just staring at me like I was an apparition.

"I um..." My voice was stumbling and tripping all over the place. Why hadn't I rehearsed a speech or something? I was usually always so prepared, but for one of the most important conversations in my life, I'd thought of nothing? I was such an idiot! I licked my bottom lip, buying precious seconds. "It's been... Well..."

"What are you doing here, Dani?" His voice was just a little icy. Soft, but cold.

He called me Dani.

Man, I had so much explaining to do.

I just had to get over myself and get on with it. I'm sure my heart stopped beating as my mouth opened, but the words finally began to flow. "I know I don't have any right to be standing at your door. There's no apology big enough to make up for running away like that and there's no apology big enough for coming back." I grimaced. I knew what coming back could mean for him. Would he let me stay if he truly understood how much danger I was putting him in? If I loved him then I should turn and walk away, but I couldn't. Now that I was this close to him, I wanted to launch into his arms and never let go.

"I don't know what I'm doing anymore." My chin trembled as I sucked in a breath. "I'm scared and running's always kept me safe in the past. But it doesn't seem to matter how far I go, I...you..." I paused, my lips quirking to the side. "You are impossible to run away from."

It was true. He'd consumed my every thought from the second I grabbed my stuff and took off. I hadn't been able to shake him, not even for one breath.

I tucked a strand of hair behind my ear, hating how grimy it felt. He must think I looked disgusting right now. I repulsed myself! But I couldn't think about that. I had to get through this. He could turn me away once I'd said my piece.

"I guess I just couldn't live with..." I blinked, looking down to the ground. How was I supposed to get this out? What would make him forgive me for ditching him without so much as a goodbye?

One thought flickered through my brain and my immediate response was a resounding NO. Since my parents' murder, I hadn't whispered my name to a living soul. But this wasn't just any living soul...this was Zach and if I was serious about being back, I needed to trust him...with all of me.

I huffed out a breath and went for it before I could change my mind. "I never introduced myself to you properly." I jerked out my hand like a robot and summoned every ounce of courage I possessed. "I'm Lucy Tate."

I'd finally told someone my real name.

It was one of the scariest things I'd done in the last five years. My hand quivered in the air as I waited. I felt like a guilty criminal in court. Zach was the judge and waiting for his response was pure torture. I couldn't look at him. My eyes jerked to the ground and I was milliseconds away from dropping my hand and making a run for it when he stepped forward.

His fingers were warm as they wrapped around mine. "Nice to meet you, Lucy."

A slow smiled spread across my face as he gently pulled me into his arms. My quaking insides instantly settled. I rested my chin on his shoulder, my lips quivering as they held back tears. My arms snaked around his body and I clung to him, squeezing him until I'm sure it hurt. I never wanted him to let me go, ever. I wanted this moment to be a photograph, one we could be locked inside, safe and secure for all eternity, but then Zach sniffed.

Fools for Lust by Maxim Jakubowski
BindingPassion by Katherine Kingston
Angels at War by Freda Lightfoot
My Best Friend's Brother by Chrissy Fanslau
Captured Moon-6 by Loribelle Hunt
The Den by Jennifer Abrahams
The Night and The Music by Block, Lawrence
Lor Mandela - Destruction from Twins by L Carroll
Love Thy Neighbor 2: Mr. Peterson Takes The Back Door by Joelle Cummings
Blabber Mouth by Morris Gleitzman
Our partner