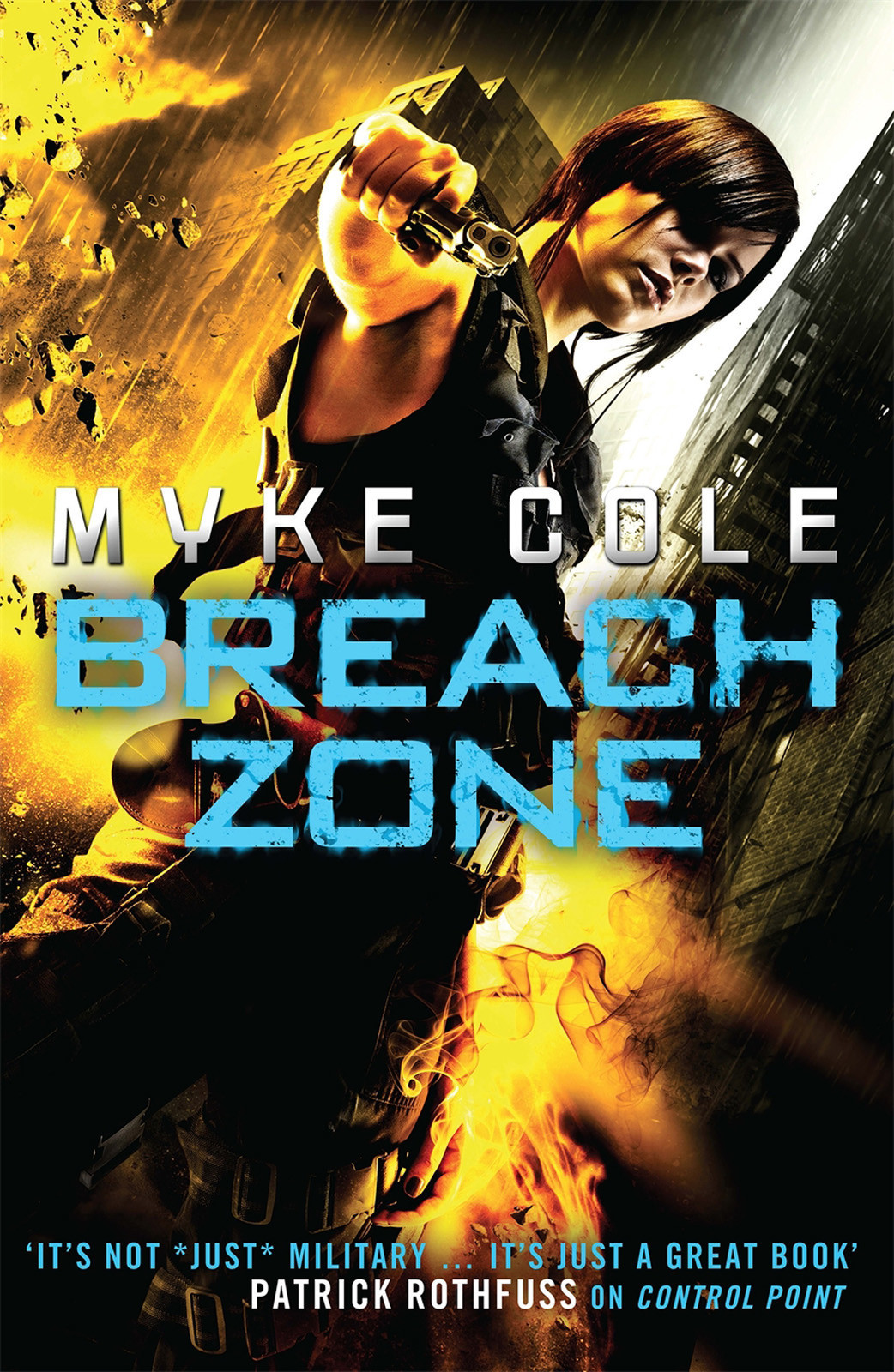 The right of Myke Cole to be identified as the Author of the Work has been asserted by him in accordance with the Copyright, Designs and Patents Act 1988.

Chapter One: It’s Good To Be Home

Chapter Five: Hold What You’ve Got

Chapter Ten: Don’t Give Up The Ship

Interlude Nine: Beyond The Pale

As a security contractor, government civilian and military officer, Myke Cole’s career has run the gamut from Counterterrorism to Cyber Warfare to Federal Law Enforcement. He’s done three tours in Iraq and was recalled to serve during the Deepwater Horizon oil spill. All that conflict can wear a guy out. Thank goodness for fantasy novels, comic books, late night games of Dungeons and Dragons and lots of angst-fueled writing.

‘For fans of military fiction and fantasy, the Shadow Ops series is the best thing going. Not reading it would be a crime against good fiction’
Staffer’s Book Review

‘[Cole] proves that an action blockbuster can have heart and emotional depth, while never skimping on the fireworks and explosions’
Fantasy Faction

‘It is a book that will have something for fantasy readers of every kind and pays homage brilliantly to Tolkien’s legacy . . . Myke Cole is an absolute gift to urban fantasy and military fantasy sub-genres’
Fantasy Book Critic

‘
Fortress Frontier
is everything this particular speculative fiction geek loves, but better . . . [It] is a force of nature. It is a breathtaking roller-coaster ride. It is an artistic tour de force. Cole’s no-nonsense prose pulls you in and takes you for a ride through high-paced action and astonishing conflicts both military and political’
The Ranting Dragon

‘This book is awesome. Seriously, if you haven’t bought it already, I suggest that you make
Fortress Frontier
your next book purchase. This is one heck of a whirlwind ride . . . Myke Cole’s
Shadow Ops
series is quickly becoming the best that military fantasy has to offer. Top-notch stuff’
The Founding Fields

‘With the imaginative magic, deadly creatures, and alien landscapes as varied and well-written as before,
Fortress Frontier
massively benefits from this new main character stepping into the spotlight. Bookbinder is quite sympathetic as an administrator who is suddenly torn from his family and thrust into a seemingly impossible situation where he must step up as both a leader and a soldier if he’s to survive’ Examiner.com

‘There are some truly surprising twists and turns . . . If you enjoyed Myke Cole’s debut, you should love this sequel’ Tor.com

‘This generation’s
The Forever War
. . . Myke Cole is the most exciting SFF author to come along since Joe Abercrombie’
Neth Space

‘The action is again pretty much nonstop, the narrative is tense, energetic and above all
convincing
’
SFBook Reviews

‘There is not a dull moment to be found within the pages of
Shadow
Ops: Fortress Frontier
. Action-packed, smart, and entertaining’
Pat’s Fantasy Hotlist

‘Fast-paced and thrilling from start to finish,
Control Point
is military fantasy like you’ve never seen it before. Cole’s wartime experience really shows in the gritty reality of army life and in the exploration of patriotism as the protagonist wrestles with the line between the law and what he sees as right’ Peter V. Brett, international bestselling author of
The Daylight War

‘Cross
The Forever War
with
Witch World
, add in the real-world modern military of
Black Hawk Down
, and you get
Shadow Ops: Control Point
, the mile-a-minute story of someone trying to find purpose in a war he never asked for’ Jack Campbell,
New York Times
bestselling author of
The Lost Fleet
series

‘
Control Point
is a fun, engaging read, one that draws upon a vivid military action and a unique take on fantasy’
SF Signal

‘Myke Cole takes you downrange where the bullets fly and the magic burns with precision-guided ferocity that’ll put you on the edge of your seat before blowing you right out of it’ Chris Evans, author of the
Iron Elves
series

‘An intense masterwork of military fantasy that grips you from start to finish until your eyes practically devour the words as you approach the thrilling ending . . . Whether you’re a fan of superhero fiction or military thrillers – heck, even if you like your epic fantasy with elves and goblins – we absolutely recommend you give
Control Point
a read’
The Ranting Dragon

‘[Cole has] created a military urban fantasy for the twenty-first century, with all of the complexity and murky gray areas that entails. The action is sharp and vivid’ Tor.com

‘A solid and entertaining novel: a really kick-ass premise/milieu and potential for many stories to be told . . . Cole has launched a solid series that I hope to continue reading’ sffworld.com

‘
Shadow Ops: Control Point
is both entertaining and thought provoking; just one of those would make it a good novel, but the combination is what makes it a great one’
Far Beyond Reality

In the
Shadow Ops
series and available from Headline:

A glossary of military acronyms and vocabulary can be found at the back of this book.

The Great Reawakening has left Latent people with a stark choice: either use their newfound magical powers in the service of the government, or choose the path of the Selfer, and be hunted down and killed by the Supernatural Operations Corps.

For Lieutenant Colonel Jan Thorsson – call sign Harlequin – the SOC is the closest thing to family he’s ever known. But when his efforts to save thousands of soldiers leads to the impeachment of the President, he’s suddenly cut off from the military and in the same position as his rival Oscar Britton, an outcast criminal who is leading the fight for Latent equality.

This latest schism is perfect for the walking weapon known as Scylla, who is slowly but surely building a vast and terrible army. The Selfers and the SOC will have to learn to work together if they are to have any chance of preventing a massacre. Because this time they won’t be facing her on a dusty battlefield far from home. This time, Scylla is bringing the fight to the streets of New York.

For Gotham, whose shadows gave me a hero,
a crucible, and, at long last, a home.