Tanya huffed in annoyance as she sat up. Olivia’s mother had told her not to worry, but she refused to listen. Maxing out her credit cards on this ridiculous plan to drag her friend back, whether she wanted to go or not, had been a dismal failure so far.

She looked up when she heard the lock turn. She watched as a woman about her age dressed in a maid’s uniform walked in. With a shy smile, she nodded at Tanya before setting down some towels. Turning, she gestured to one of the guards, who set down a tray of food. Without saying anything, she turned and followed the guard out of the room.

Tanya stared at the tray of food, vowing that she wouldn’t eat. Her suddenly painful stomach grumbled loudly in complaint, and she thought about when she ate last. Realizing that it had been more than thirty hours, she climbed off the bed and walked toward the table. The maid had brought her what looked to be a typical American-style breakfast, complete with eggs, breakfast meat, potatoes, and toast. Spying the urn, she poured herself a cup of coffee before hungrily diving into her food. She had polished everything off, including the bowl of fruit and most of the coffee, before she sat back satisfied.

Rubbing her now over-full stomach, she laughed out loud. “I would suck at being tortured,” she commented to the empty room.

She got up, grabbed her suitcase along with the towels, and stomped toward the bathroom. If she was going to face her captor, she might as well feel presentable.

After taking a long, hot shower, Tanya dressed in jeans and a t-shirt. Realizing it was too much to expect a hairdryer, she towel dried her hair and carefully combed through her curly locks. She pulled a hoodie on over her t-shirt before exiting the bathroom with a shiver. She stopped when she realized that the dishes had been cleared and the room tidied.

She snatched up her phone sitting on the nightstand and tried to get a signal. Remembering that she never properly set her phone up for international travel, she clicked on one of her loaded games before sitting back on the bed. Soon growing bored, she began looking through the photos she had saved. She smiled at the pictures with Olivia at their graduation. On whim, she tapped the camera app and snapped a selfie, tagging it, “day 1 of my captivity, feeling clean.”

With a smirk, she set the phone aside and looked up as she heard the lock turn. The same maid from that morning walked in carrying a tray. Setting it down on the table, she tentatively stepped toward her.

“If you have anything that needs to be washed, leave it by the door and I will take care of it,” she informed her.

“You speak English?” Tanya was surprised.

“Dah,” the young maid answered with a nod.

“Yes, she is very nice. You are her friend from America?”

Before Tanya could answer, one of the guards cleared his throat loudly and glared at the two women. Shrugging her shoulders, Alena smiled at her before turning and hurrying from the room.

She watched what might be her only chance to find out more about her friend walk out the door as Tanya walked over to the table and looked down at a steaming bowl of what looked like some sort of stew and a thick chunk of bread.

Sitting down, she played with the spoon before dipping it into the bowl to have a taste. “If I keep eating like this, I’ll be fat in no time,” she said aloud.

For three days, Tanya kept time by the meals Alena brought her. Her cell phone had quickly drained of battery and she had neglected to bring a travel adapter with her. Sighing, she stared up at the ceiling, imagining herself anywhere but there.

The boredom had long ago gotten to her and she tried to keep herself busy exercising, as it was the only thing she could think of to do. She wasn’t the type to meditate and despite Olivia’s attempts to get her to enjoy yoga, she always managed to fall asleep during the floor stretches.

Tanya didn’t bother to move when she heard the lock turn. She listened as a tray was set down on the table and the door clicked closed again. The scraping of one of the chairs on the floor caught her attention and she turned her head to see Nikolai Markov sitting down at the table.

Sitting up with a huff, she stared at him as he pointedly ignored her glare.

“The cook has outdone herself tonight,” he calmly commented, pouring what looked to be wine into two glasses. He turned to stare at her as he sipped from one.

Deciding that his company was better than the constant silence of the room, she slid off the bed and joined him at the table. She grabbed the second wine glass and downed half of it, pausing before she finished it off. She missed the look of surprise on his face, which he quickly masked before pouring her another glass.

Drinking the second glass just as fast, Tanya set it aside before picking up her fork.

“Why am I locked up?” she blurted out as she pushed her food around on the plate.

“You brought drugs into my home.” Skewering a piece of meat with his fork, he placed it in his mouth and began to chew slowly as he stared at her.

Unable to maintain eye contact, Tanya reached for her empty wine glass, which Nikolai was quick to fill. Nodding her head in thanks, she toyed with the glass.

“It wasn’t real,” she blurted out.

“The drugs. It was sugar or cornstarch or I’m not even sure, I bought it at a small market before I got here.”

“Thank you for finally telling the truth.” His voice was calm as he spoke, giving Tanya hope and she suddenly began to speak quickly.

“So, as you can see, all this was a big misunderstanding. I came here looking for Olivia Lockheart and-”

“She isn’t here,” he interrupted.

“I’m acutely aware of that. Now. But I wasn’t when I decided to come here.”

“Why did I what?” Tanya’s thoughts were growing scattered with the buzz from the wine.

“Why did you come here?” he asked again, calmly.

“To bring her home.”

“She doesn’t want to come home. She’s happy where she is.”

“I don’t know that,” she answered furiously. “I’ve been worried sick about her for months and months. When I try talking to her mother, she tells me that everything is fine, but then I see the tears. I know that everything is NOT FINE. NOW, WHERE IS MY BEST FRIEND?” she finished with a shout.

Setting his fork down, Nikolai rose and stepped away from the table. His voice took on a gravely tone as he looked down at her. “Actions come with consequences. Perhaps it’s time you learned that.” He turned and strode from the room, while Tanya swiped her hand across the table, knocking much of dinner over. When he reached the door, he turned back to look at her. “I will instruct Alena to bring you what is necessary to clean up the mess you made with your temper tantrum.”

Tanya swore that the click of the lock on the door sounded louder this time. Closing her eyes, she fought back a wave of nausea, as the severity of her situation hit her. She was alone in a foreign country. She was stupid not to tell someone where she was going, but she didn’t want anyone to try to talk her out of it.

What the hell am I going to do now? 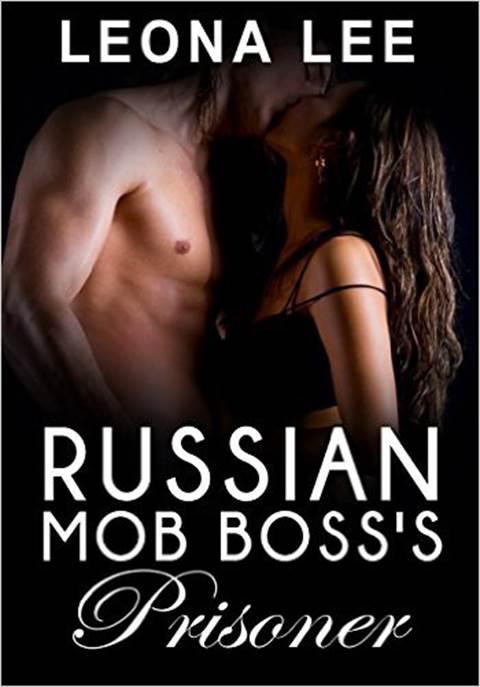 CLICK HERE TO READ THE REST FOR FREE WITH KU!

Radiance of Tomorrow by Ishmael Beah
Roses For Katie by Dilys Xavier
Darkbound (The Legacy of Moonset) by Tracey, Scott
Happily Ever After by Kiera Cass
The Gypsy in the Parlour by Margery Sharp
The Scapegoat by Sophia Nikolaidou
Dark Eyes of London by Philip Cox
Alluring Infatuation by Skye Turner, Kari Ayasha
A Word Child by Iris Murdoch
Suitable Precautions by Laura Boudreau
Our partner