Imagine there was a supernatural chiller that Hammer Films never made. A grand epic produced at the studio’s peak, which played like a cross between the Dracula and Frankenstein films and Dr Terror’s House Of Horrors...

Four passengers meet on a train journey through Eastern Europe during the First World War, and face a mystery that must be solved if they are to survive. As the ‘Arkangel’ races through the war-torn countryside, they must find out:

What is in the casket that everyone is so afraid of? What is the tragic secret of the veiled Red Countess who travels with them? Why is their fellow passenger the army brigadier so feared by his own men? And what exactly is the devilish secret of the Arkangel itself?

Bizarre creatures, satanic rites, terrified passengers and the romance of travelling by train, all in a classically styled horror novel. 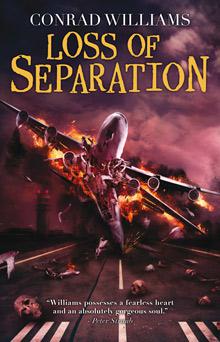 Pilot Paul Roan is in command of a Boeing 777 involved in a near miss. Nerves shot, he opts for a new life running a B&B in a coastal village with his girlfriend, Tamara. Not long after they arrive, Paul is involved in a serious accident.

Emerging six months later from a coma, Paul discovers that Tamara is gone and a child killer is haunting the beaches. The villagers, appalled by Paul’s cheating of death, treat him as a sin-eater. They bring him items to dispose of, secrets far too awful to deal with themselves. At least he has local nurse, Ruth, to look after him. And Amy, a damaged soul with a special gift. She befriends Paul and together they unearth clues that might explain the shocking history of the village, and suggest the murders are anything but.

Meanwhile, Paul begins to suspect there is more to Tamara’s disappeareance than meets the eye...

Twenty years ago, when the world was so much smaller...

Part One: Learning To Speak

Twenty years ago, when the days were much brighter...

Twenty years ago, before the monsters were real

Twenty years ago, when the damage was done

What comes after, when the silence has been broken

'The Concrete Grove' by Gary McMahon

'Loss of Separation' by Conrad Williams

In Search of the Blue Tiger by Robert Power
SCRATCH (Corporate Hitman Book 2) by Linden, Olivia, Newton, LeTeisha
The Merman by Carl-Johan Vallgren
Crunch Time by Nick Oldham
Death Marked by Leah Cypess
Mornings in Jenin by Abulhawa, Susan
Lives of the Family by Denise Chong
Killer Among Us by Adriana Hunter, Carmen Cross
A Death by Arson by Caroline Dunford
Vietnam by Nigel Cawthorne
Our partner