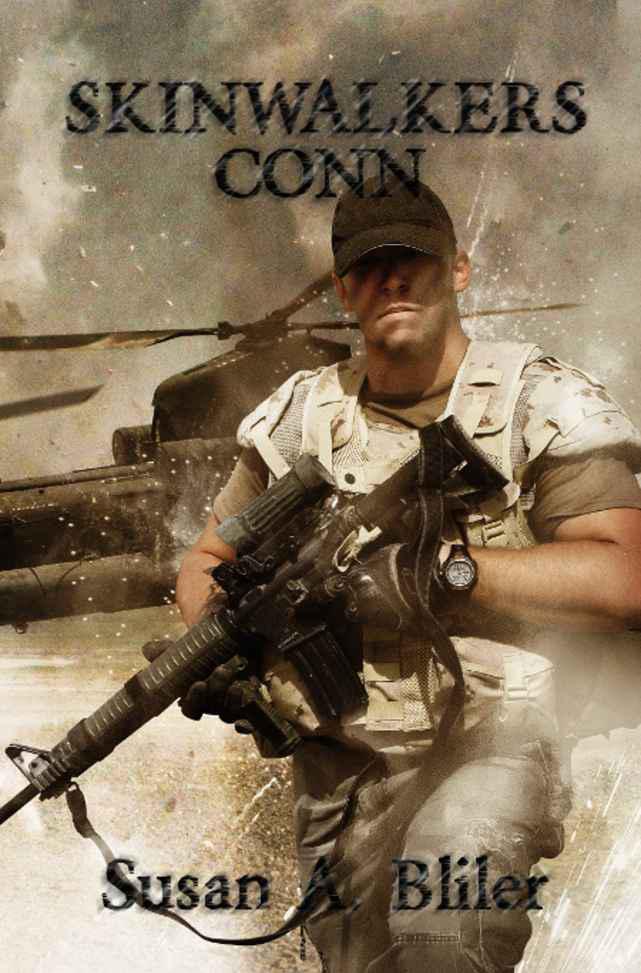 Cover fonts, spine, and back cover done by:  Cindy Bliler

This story is a work of fiction.  Names, characters, places, and incidences are either products of the author’s imagination or used fictitiously.  Any resemblance to actual events, locales, or persons, living or dead, is entirely coincidental.

No part of this publication can be repr
oduced or transmitted in any for
m or by an
y
means, electronic or mechanical, without permission in writing from Susan
A.
Bliler.

Aries punched her pillow for what seemed to be the hundredth time and sighed heavily.
Moonlight filtered through the open window of her secluded
South American
jungle bungalow
and outside insects chirped and buzzed in their wild nightly chorus.

Like so many previous sleepless night
s,
she lay in bed wondering what was wrong with her.  She was different, she knew it.  Problem was she didn’t know what it was that made her different.  It was just some inherent knowledge
held deep in her soul that some
thing
,
some quality
,
some part of her
,
was aching to set itself free
.  W
hatever it was it kept her awake at night and it kept her on the run.

She was being hunted.  She didn’t know who was hunting her and she certainly didn’t know why, but she refused to let herself be
captured
.

Last year she was leaving her menial job as a store clerk when a man approached her on the dark street.
He’d been gorgeous, but she had known i
nstantly
that
something wasn’t right.
He was pretending to be lost and trying to get her to give him directions.  Just as he’d pulled something from behind his back, one of the bouncers from the bar
next-door
came onto the street.
She’d screamed.

The
bouncer launched himself at the man
while Aries rushed into the bar and called the police.  At
first,
she’d thought it was just a random attempt at a mu
gging until the following night when
she’d se
en him again.  He’d entered the small boutique where she worked.  Seeing him coming, she hid in the back terrified and dialing 9-1-1
.

As if in answer to her prayers
, a police o
fficer arrived to do a fo
llow-up interview
on
her
near mugging and the stalker immediately exited her shop.
Aries
had dashed out to inform the
o
fficer that her attacker had just left.  The
o
fficer attempted to chase the man down, but was unsuccessful
.

The authorities had nothing to go on,
and therefore could afford her little protection.  She didn’t have anyone in the small town, but she certainly wasn’t willing to risk her life
for the pathetic twelve dollars an hour she earned
.  She packed up her
car
and moved the next week but the
problems
followed
.

There were
more
narrow escapes
o
ver the course of the pas
t three years
and they
had her
stay
ing
in one location
just
long enough to make enough money to
relocate
.  She’d started out in
Montana
and slowly moved south until she ended up in South America.

She had no family an
d no enemies that she knew of, and
therefore no clue
why
the handsome man was stalking her.

She’d gone over in her head every possible scenario for why anyone would have a vendetta against her but nothing really made sense.  She’d never married or even dated seriously so the stalker-ex theory was out.  She’d never done drugs, gambled, hell she’d rarely stayed awake past ten.  Honestly, she was dumbfounded for why anyone
would want to hurt her.  She had no money and no family with
money;
in fact,
she had no family at all.

She swiped her hand over her forehead, brushing back the sweat dampened black hair that clung to her face.  The heat of
the sweltering South American
summer
was stifling.  A fine layer of
ever-present
perspiration coated her body.  She tossed and turned
on top of her still made bed
in her thin black slip and matchin
g
lace panties.  It was too hot to even consider slipping beneath the covers.  The sheets on her bed had only been pulled back when she’d ripped them off for their weekly washing.

Of all the places in the wo
rld, I pick South America
in the summer
!

Aries exhaled again disgusted with her hasty decision.
Fucking idiot!
Her brows crinkled into a frown over her pinched eyes.
Be nice.
She self-admonished.  South America hadn’t been too bad on her after all.
Whether she’d lost her trackers or whether they’d given up on her she wasn’t sure, but she’d been secluded away in the jungle for her longest stay in any one location in the past three years.  She secretly hoped her pursuers had finally realized they were chasing the wrong woman.

Pursuers.
At first she’d only been confronted by the
lone
handsome man, but after
the first year on the run more had come.
She’d
encountered
her original stalker and evaded him frequently, but then a pair of strange men were chasing her as well.  The two men were bumbling oafs and much easier to elude than the handsome guy, but
it didn’t mean she wasn’t terrified of them al the same.  Unsure who was friend or foe, s
he’d learned quickly not to trust anyone and
she
never went anywhere without at least three pre-planned escape routes.

She screwed her eyes more firmly closed trying to force her body to sleep when s
uddenly her breathing stopped
.  She strained to liste
n
as h
er ears pick
ed
up the slightest creaking of a board.  She
turned her head,
listening harder.  There!  She
heard it again.
Faint, almost inaudible, if she’d been sleeping she’d surely have missed it.

Silently, her hand eased up to the loaded pistol she kept on her
headboard
.
She’d learned a great deal about weapons and self-defense over the
past few
years
and now
she was
always armed
.

Slowly, s
he
inched her body off the
bed, dropping quietly to a crouch as she
crept
to the nearest window.  It was dark, too dark, but she knew the layout of the modest home
for which she’d paid a small fortune
after selling off nearly all of her personal belongings
.

The one room
bungalow was nestled deep in the jungle.  With no running water or electricity, it was anything but modern, but the location and layout suited her needs perfectly.

The bedroom was the only room on the second floor.  It was large,
housing the small
bed
, a dresser, and a chair.  Double doors next to the bed
led out to a wrap-around balcony.  Down
stairs, the open floor plan offered a small kitchenette with wood burning
stove, a small dining table,
and a separate seating area.  The home
was once the property of a drug lord who’d used the location as a hideaway.  Now, she used it for the same purpose.

Aries knew she didn’t have time to dress, so she slipped her feet into the black ballet slippers she kept just under the window.  She was prepared for a speedy escape.  She always slept in black and her slippers matched for a reason.  The men that were chasing her often attacked at night.  She had no idea what they could possibl
y
want from her, and she didn’t want to find out.
Instead,
she
simply
ran
as
fast and
as hard as she could.

For months she’d wracked her brain trying to remember
whom
she could have crossed or what she could have done that would warrant such pursuit.  She’d come up with nothing.  Could it have to do with the strange feeling that frequently came over her?  She didn’t know and right
now,
she
couldn’t
find out.

Silently she lifted herself out the window.  Thank
God,
she’d kept the windows open in hopes of a breeze that never came.

As her
hazel
eyes adjusted to the dark, Aries kept moving.  She stayed low and breathed quietly.

At the corner of the house, she lifted a leg and propped herself on the railing of the balcony before dropping the ten feet to the soft jungle floor.  Once on the ground, her eyes darted quickly from side to side before she rushed into the thick foliage.

Fuck!  This is the closest they’ve ever gotten.  Either they’re getting better, I’m slipping, or these aren’t the same bad guys.

Regardless she had to move and move now.  Pistol in hand she navigated one o
f at least a dozen escape route
s she’d memorized.  She h
ad a jeep equipped with clothes, cash, weapons, and a medic pack hidden a mile from her bungalow.

Racing across the thickly covered jungle floor, it was impossible to keep her steps q
uiet
, but if she was fast enough she knew it wouldn’t matter.  Her enemy wouldn’t know the area as she did and she was relying on that fact to keep her alive.

Boot Scootin' Booty Call by Lila Munro
For His Eyes Only by Liz Fielding
It Wakes in Me by Kathleen O'Neal Gear
The First Love Cookie Club by Lori Wilde
The Cat, The Devil, The Last Escape by Shirley Rousseau Murphy and Pat J.J. Murphy
Tom Kerridge's Proper Pub Food by Tom Kerridge
Hiding From Death (A Darcy Sweet Cozy Mystery #6) by Emrick, K.J.
Criminal by Terra Elan McVoy
o 90a29c48d0ad7f81 by Charisma Knight
The Mechanical Mind of John Coggin by Elinor Teele
Our partner