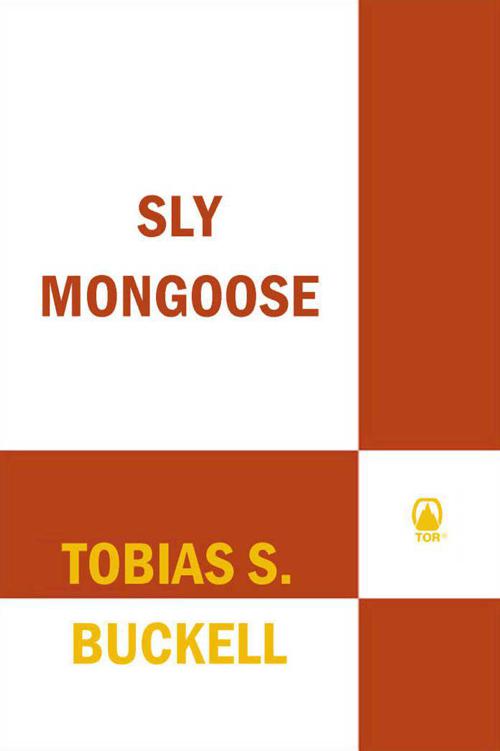 For Geoff Landis: Thanks for Chilo . . .

PART ONE
CHAPTER ONE

P
epper lay strapped to a blunt, cone-shaped heatshield with a hundred miles of Chilo’s atmosphere to fall through yet. The edges of the 2,000-degree fireball created by the shock wave of his reentry licked and danced at the edges of his vision. A small taste of hell, he thought, as the contraption under his back wobbled and threatened to overturn.

When the roaring abated, Pepper cracked free of the crude heatshield and ran his spacesuit through a self-check. Even with the protection of the ablative plastics he’d just ridden down out of orbit, the suit had become a bit toasty.

But within tolerances. Inside, Pepper only broke a gentle sweat.

He threw the blackened cone away from him and reoriented himself to face downward. Dirty brown and yellow clouds choked the world below him as far as he could see. The planet Chilo in all its glory: sulfuric acid-laced clouds, crushing pressure, no breathable atmosphere. Not somewhere most would call home.

A quick look straight below again. It really didn’t feel like he was moving faster than the speed of sound.

He’d survived deorbiting in nothing more than a spacesuit and a personal heatshield. But now the tricky part approached.

A tiny buzz in Pepper’s ear got his attention. He yawned, eardrums popping. His dreadlocks, bunched up inside the helmet, scraped against each other as a young-sounding male voice piped up in Pepper’s helmet. The man sounded bored with a side of professional neutral. For the man behind that particular voice, this was just another shift, just another day. “Unidentified reentry vehicle, this is Eupatoria Port Authority, come in.”

Air thundered past Pepper, buffeting him.

“Hello, Eupatoria,” Pepper said. The spacesuit’s radio still worked. That would be helpful.

“Yes, unidentified vehicle, your transponder seems to be down.”

Pepper threw out his arms to maximize drag. “I don’t have a transponder.”

“That’s a finable offense,” the voice replied. “What are you deorbiting in? We’re having trouble tracking you.”

Pepper explained the situation in brief while scanning the horizon.

There was a long pause on the other end. Then a polite cough. “You deorbited with a handmade heatshield and an armored spacesuit?”

“The situation was complicated. Can you do me a favor? I need you to provide me with coordinates. Where I am, where I’m headed, and where I might be able to land.” Eventually this slowing parabola would end.

He wasn’t going anywhere. Pepper caught the glint of a far-off structure: a tiny thread reaching up from the clouds into the dark depth of space. Shame that hadn’t been an option. A lot less excitement to just take an elevator down to one of Chilo’s floating cities. At the bottom of that thread might even be Eupatoria and the somewhat surprised Port Authority officials who’d started the day out thinking today would be a day like any other.

“Juan Smith.” Pepper’s last alias. Over the last few decades working as assassin, spy, and general all-around human weapon, he’d gotten used to a regular rotation of false names. In the centuries before that, he could dimly remember even more identities and names.

A crisp, older, and quite officious woman joined the discussion. “Mr. Smith, voice identification has been confirmed. Mr. Smith, you are aware that you are wanted for the murder of the entire crew of the
Sheikh Professional
.”

“Ah.” Pepper nodded. That would come up.

“Well, Mr. Smith, this is quite an unorthodox methodology for deorbiting yourself, and you must realize that even if you survive you’ll still be a wanted criminal. We are scrambling recovery vehicles for you right now. When you pop your parachute we will pick you up. But I am being asked to explain your rights before you are picked up. In the event that
the pickup is not successful, would you like to enter a plea for prosperity and name legal counsel to continue your defense in the event that you are not present for your trial?”

“Your confession may not stand up due to the peculiar circumstances. Can you elaborate?”

The never-ending carpet of dreary clouds visibly rose to meet him. Not a lot of time left for details. “About that rescue effort: one little problem,” he said. “I don’t have a parachute.”

Silence from Eupatoria filled his helmet as they digested that. “You don’t have a parachute?” The original male voice sounded shocked.

“Are you committing suicide?” the woman asked just after him.

“Spaceships don’t routinely include parachutes in their manifest,” Pepper muttered. “Particularly ones where no one expected anyone from the ship to ever dip into the orbital well.”

The clouds rose faster, gaining definition. He could see lumpy clumps, and long whisps scattered behind those larger formations.

“So here is what I need,” Pepper said. “You need to tell me where the nearest city is.”

“Terminal velocity at city height is a hundred twenty miles an hour. As some aboard the
Sheikh
found out, I’m not easily breakable. You help me hit a city, you either get to pick up my body, or come arrest me.”

“You’ll endanger others, you’re a projectile.”

“I’ll hit one of the farm levels,” Pepper promised. “Besides, you’ll want to hear my side of the story.”

More off-the-mic chatter between the two people watching over him. Then they returned. “What
did
happen there? We still need more details.”

Several minutes later he angled himself toward a glint in the clouds. He’d slowed down over the long minutes to just over a hundred miles an hour.

It was still going to hurt.

“Eupatoria.” The glint grew into a round silvery shape just above the puffy yellow and orange clouds. Pepper felt he might as well tie things up, just in case he didn’t make it. “I’m sending you a prerecorded burst. It explains everything.”

If Eupatoria, or any other of Chilo’s floating cities, paid attention to his warning, they all might live.

But Pepper doubted it. The invasion of Chilo would begin soon enough, in fits and starts. If he survived the impact, he might be able to help rouse its populace to defend itself.

A round silver city hurtled toward Pepper.

They said one should relax before major impacts, but at this speed Pepper really didn’t think it mattered what he did, it was going to hurt either way.

With just one last-second adjustment to aim himself at the green band of the farm section of the giant floating city, Pepper tensed before he hit.

T
he day Timas and his friend Cen saw the alien, everything changed. Outside the spherical floating city of Yatapek, a hundred thousand feet over the ground, the winds had died. The forecast from the Aeolian cities, with their satellites and computers, gave Yatapek a seven-hour window. The city could anchor over the ground safely.

“Timas, it’s time,” his mother had said gently as she woke him that morning. He’d heard the old phone ring, and he knew what it heralded as he blinked sleep from his eyes. Time to descend into hell again.

Timas had donned his cumbersome pressure suit with the help of a mechanic as the doctor Amoxtli watched. The mechanic checked over every seal and joint, making sure Timas stood ready to get dropped into the ninety-times-normal pressure of Chilo’s surface.

“For the city,” the mechanic said as he slapped the helmet into place.

“For our people,” Timas murmured.

Then the city’s elevator had lowered Timas and a similarly suited-up partner down to the ground, swaying and jerking them about inside. It dug in with its screws when it hit bottom, holding itself and the city steady as the incredibly strong nanofilament wire quivered all the way back up to the city’s docks.

Every week, weather permitting, boys like Timas checked over the mining machine their city depended on: the cuatetl. It hunted for the precious metals Yatapek needed to survive. This week it had radioed a panic failure code.

Despite the calm a hundred thousand feet above him, Timas strained his way forward through the hurricanelike winds here. He’d first come to the surface on his thirteenth birthday. In the following two years he’d never seen a calm day. He heard from older boys that it happened, but he’d believe it when he saw it.

Enchanted - The Dressing Room Affair [Time Travel Historical Romance Novella] (Entwined Together Forever) by Hunter, Sierra
The Finder: A Novel by Colin Harrison
Anything But Love by Abigail Strom
The Indian School by Gloria Whelan
Nation and Family: Personal Law, Cultural Pluralism, and Gendered Citizenship in India by Narendra Subramanian
The Rescuer by Dee Henderson
The One Girl by Laurel Curtis
My True Love Gave to Me by Ava March
Safe by Ryan Michele
Southern Zombies 4: Southern Revenge by Ann Riley
Our partner