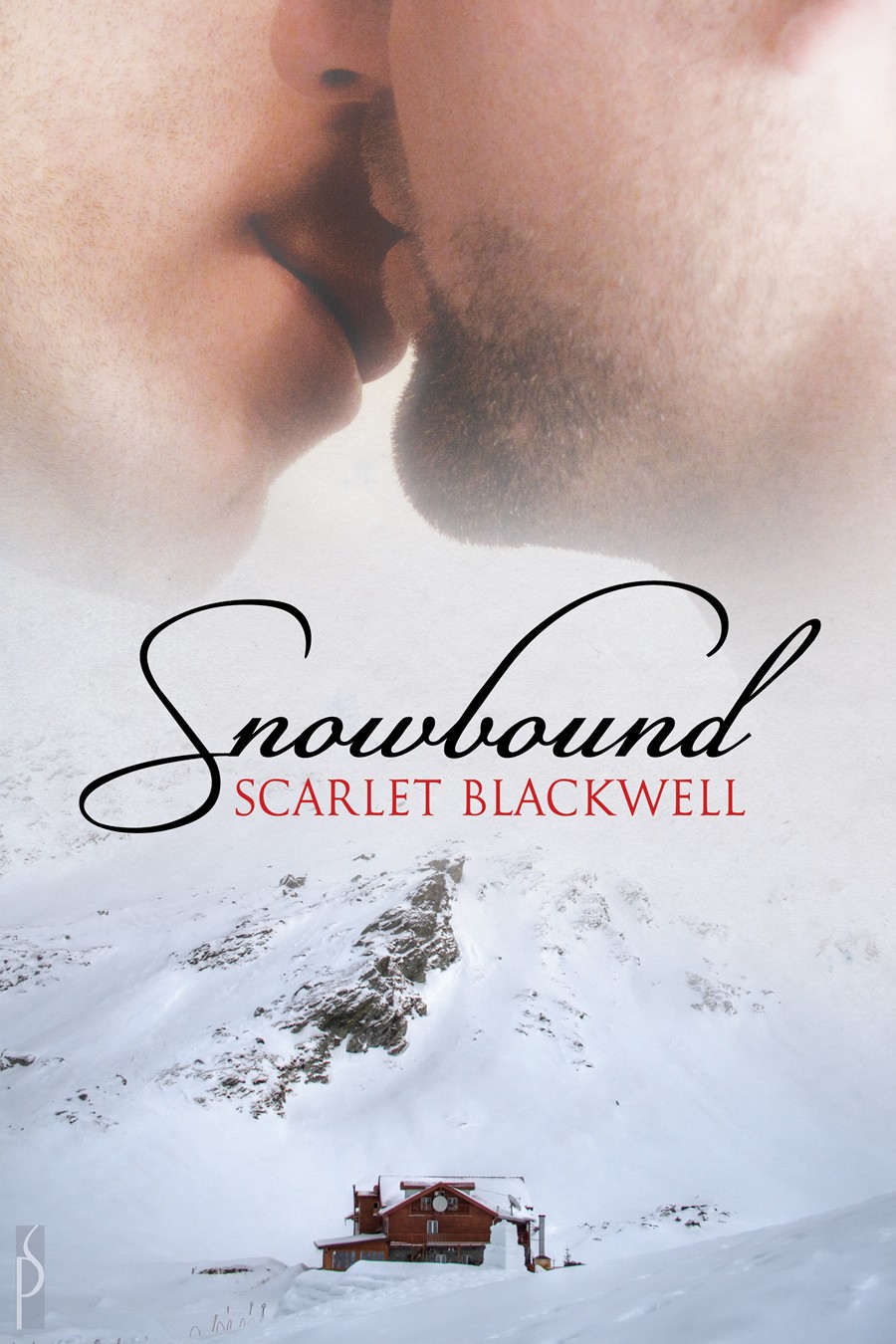 Reviews for Rescue Me

Reviews for Into the Light

About The e-Book You Have Purchased:

Your non-refundable purchase of this e-book allows you to only ONE LEGAL copy for your own personal reading on your own personal computer or device.
You do not have resell or distribution rights without the prior written permission of both the publisher and the copyright owner of this book.
This book cannot be copied in any format, sold, or otherwise transferred from your computer to another through upload to a file sharing peer to peer program, for free or for a fee, or as a prize in any contest. Such action is illegal and in violation of the South African Copyright Law. Distribution of this e-book, in whole or in part, online, offline, in print or in any way or any other method currently known or yet to be invented, is forbidden. If you do not want this book anymore, you must delete it from your computer.

WARNING: The unauthorized reproduction or distribution of this copyrighted work is illegal. Criminal copyright infringement, including infringement without monetary gain, is investigated and is punishable by imprisonment and a fine."

ALL RIGHTS RESERVED:
This literary work may not be reproduced or transmitted in any form or by any means, including electronic or photographic reproduction, in whole or in part, without express written permission. All characters and events in this book are fictitious. Any resemblance to actual persons living or dead is strictly coincidental. The Licensed Art Material is being used for illustrative purposes only; any person depicted in the Licensed Art Material, is a model.

Thank you for your purchase of this title. The authors and staff of Silver Publishing hope you enjoy this read and that we will have a long and happy association together.

Please remember that the only money authors make from writing comes from the sales of their books. If you like their work, spread the word and tell others about the books, but please refrain from sharing this book in any form. Authors depend on sales and sales only to support their families.

If you see "free shares" offered or cut-rate sales on pirate sites of this title, you can report the offending entry to
[email protected]

Thank you for not pirating our titles.

The car was toasty warm. Winter tyres on the front, chains on the back, bumping steadily against flattened snow. The rhythmic clacking of the windscreen wipers started to have a numbing effect. Hayden Berry felt himself start to drift. He forced his eyes open, looking at the orange glow of the streetlights illuminating five-foot-high drifts of snow piled along the sides of the road.

He hadn't seen a sign in forever and was pretty sure he was lost in some hick town somewhere in South Dakota. This had been a bad idea. Why exactly was he driving across state in the middle of February? All he wanted was to find the border and head back home, but the snow flurries coming down were starting to make driving conditions hazardous. It was ten pm. His was the only car on the road. He was the only one not tucked up in bed. Perhaps he should find a motel and pull over before he ended up in a ditch.

A loud bang made him yell and curse in fright. He fought the wheel as he lost control of the car, careering into the centre of the road, trying his hardest to turn it into the skid. He braked and felt a crunch under his jabbing foot as the brakes locked, doing nothing to slow his momentum, but he got the car back over to the right side of the road. His vehicle kept going. It mounted the sidewalk and ploughed into a streetlight. Hayden was thrown forward, cracking his forehead on the wheel, then back, restrained by his seatbelt. He sat there stunned and groaning a moment in the snow-blanketed silence.

Gradually he recovered his senses. His head wasn't bleeding. It just had a lump but there was blood in his mouth; he must have bitten his tongue. The engine was still running. It gave him hope the car might still be drivable, at least to a motel, but what was the loud noise that had made him lose control in the first place?

He unfastened his seatbelt, zipped up his parka and pulled the hood up before he slid cautiously out of the car onto unsteady legs. The cold hit him in the face like he'd stepped into a freezer. The wind dashed stinging ice crystals against his skin. By the time he'd assessed the damage to the front—a dented hood, could have been worse—and walked around the back of the car, his face was numb.

He stood looking down in dismay. The left rear tyre was completely shredded. Oh fuck, now what? He glanced around. He was in the middle of nowhere. No houses, no stores, no lights of any kind save those shining over the lonely road. It might be miles to the nearest house. He would die of hypothermia before he got there.

He slid back into the car, shivering violently, his teeth chattering. The engine still circulated the heat and he held his frozen hands up to the blowers, grunting at the pain of defrosting. He tried not to let panic overwhelm him. He would call 911, it was simple. He reached into the back for the bag stored behind the passenger seat, scrabbling blindly in the front pocket before he located his cell. He flipped it open and stared down in disbelief as the screen remained dark. The battery had gone.

Great. Just fucking great. He swore, hurling the cell behind him. What an idiot he was. Crossing this sort of terrain with no contingency plans, without even charging his phone first. What sort of a prick was he?

He glanced at the temperature gauge next to the CD player. Minus thirteen. Just peachy.

He sat staring through the window into the darkness. He was going to have to walk. He couldn't sit here all night with the engine running and he couldn't stop it or he'd freeze to death. He had an extra sweater in his bag he could put on under his parka and hat, scarf and gloves on the back seat. He made no move to get ready. At that moment he would rather have stuck pins in his eyes than have gone out into that cruel weather once more.

Suddenly he saw a light in the distance. He strained his eyes, trying to work out if it was headlights and if they were getting closer. Yes and yes! He flung the door open, almost falling into the snow in his haste to get out. He pulled his right leg behind him. It had gone to sleep on him, and never worked well at the best of times.

Hayden stumbled into the centre of the road, waving his arms violently. The freezing air burning into his lungs caused him to cough.

The twin points of light came closer and then he saw the red and blue bars on top of the vehicle, not currently illuminated. Oh God, it was a cop. Hayden could have fallen to his knees in worship.

The cruiser slowed down. It drove past and as Hayden turned around, dumbstruck, thinking the guy had not seen him in the blizzard, it made a U-turn and pulled up behind his stricken car.

He waited while the cop got out of the car, pulling a beanie hat low over his ears. He strode toward Hayden, tall, lean, confident on the snow, wearing a thick police parka and winter boots. In the glow of the streetlights, his eyes were pale, colourless, his jaw smooth and chiselled. Hayden would have said he was about twenty-five, the same age as him. Something about the cop made Hayden metaphorically sit up and take notice in a big way.

"Having some trouble here, sir?"

In the history of dumb questions, it was perhaps the dumbest Hayden had ever heard but he bit back the sarcastic reply he wanted to spew forth. This man was his saviour. He would do well to remember that. Let the cop say what he wanted. If he got Hayden somewhere safe and warm tonight, it didn't matter.

"Yeah, I…" He checked himself. His words were slurred because the cold had completely numbed his jaw. He didn't want the cop to think he'd been driving under the influence.

The cop glanced at the blown-out back wheel before he walked around the front of the car. "Not too bad," he said. "Okay, pop the trunk and I'll change the tyre for you."

Obviously he thought Hayden was some idiot who didn't know how to change a tyre and was just being polite about it. It wasn't quite so simple.

The cop regarded him poker-faced. "Excuse me?"

"Oh, right. You do realise it's an offence not to carry a spare tyre in these parts?"

Hayden bristled. He didn't even know what county he was in. "Want to arrest me? Be my guest. At least I'll get a warm bed for the night."

The cop's eyes narrowed, his jaw tightening. "I can do without the belligerence on a night like tonight, sir. I've only stopped to help, that's all, and I'm merely pointing out that if you hadn't disregarded the law, you wouldn't be in the predicament you're in now."

Hayden lifted his head. "What?"

"Step closer and breathe on me please, sir."

Hayden groaned inwardly. The breathalyser probably followed next and Hayden had drunk so much last night, he wasn't even confident he was under the limit. He moved up to the cop, a few inches shorter than him, blinking as snowflakes fell on his eyelashes. Standing on tip toe, he huffed into the cop's face.

The cop blinked. He didn't move back. "Chocolate," he said.

For a moment their gazes met, held, and Hayden was deeply unsettled. Something in the pit of his stomach uncoiled, filling his freezing body with heat.

"All right, get in my car and warm yourself up."

Hayden ducked into the back seat of his car and retrieved his bag and cell before he locked the car pointlessly and made his way over to the cop car, limping, his right leg cramping.

He slid into the passenger seat and tossed his bag into the back as the cop climbed in beside him. Hayden pulled on his hat and gloves.

The cop closed the door and switched the heaters up to high. "Did you hurt yourself?"

"What? Oh no, that's an old injury. I've always got a limp. Plays up more in the cold."