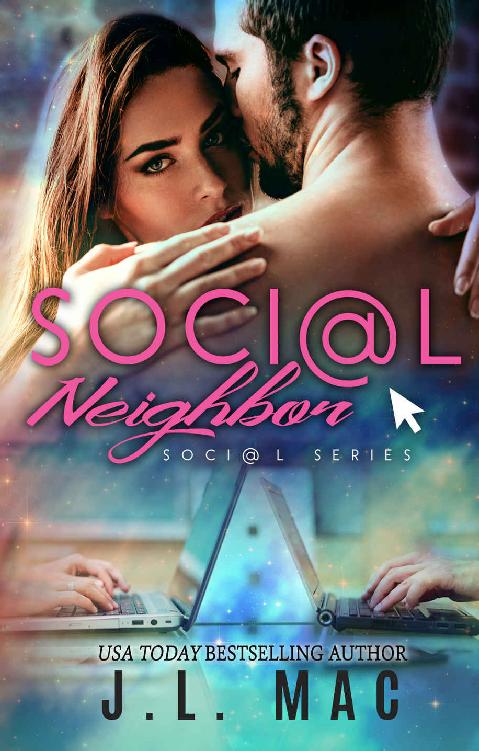 All rights reserved. This book or any portion thereof may not be reproduced or used in any manner whatsoever without the expressed written permission of the publisher except for the use of brief quotations in a book review.

This is a work of fiction. Names, characters, places, events and incidents are either the products of the authors’ imagination or used in a fictitious manner. Any resemblance to actual persons, living or dead, or actual events is purely coincidental.

Stay connected with the author

For my love. Thank you for being my favorite book and thank you for letting me read you everyday.

I
had always assumed that falling off the wagon would feel a lot different… though assigning a specific adjective for exactly what it would feel like remained elusive. A decent word for the occasion completely escaped me, even now, staring at the crystal tumbler in my bruised hand filled with priceless scotch, aged so long it was nothing short of a miracle that it hadn’t simply evaporated altogether.

I’d given thought to what the moment would feel like about as much as I’d thought about drinking, about staying sober, about Tommy, about Martin, about Flor…

And still, I had not a single word for the moment. It felt oddly unceremonious to not assign a word for it. Funny the things that take up the prime real estate of your mind when you’ve lost all care.

The only thing that seemed to fit the occasion was the date. “Tommy,” I whispered his name as though it were a plea. A plea for what? I didn’t know. Forgiveness? Perhaps, but that was something I’d never ask of him or anyone else. Not now.

I brought the tumbler to my nose and inhaled the richly alcoholic scent of failure, underscored by subtleties of oak and time gone by.

“The Balvenie, single malt, aged fifty years,” I whispered to myself, leaning back in the plush leather lounge. It was situated in such a way that the reflection in the panoramic windows of my apartment was what my eyes saw, not the view of Manhattan beyond. Just me. A gray figure in a chair with a glass of liquid amber in hand. A shadow. It was fitting because I felt like a shadow of a man—a hollow feeling that I was intent on drowning in the most expensive scotch I could get my hands on. I’d hate myself in the morning but after a glass of The Balvenie, I wouldn’t actually give a shit.

At least, that’s what I’d hoped.

“I
t’s beautiful, isn’
t it?” I asked without tearing my eyes from the painting in front of me. Matt, my best friend and roommate, stood behind me looking gorgeous in his suit and tie.

“Isn’t it crazy to think that there’s probably an entire world out there? Maybe another earth with creatures just like us.” I smoothed the skirt of my dress and scanned the room that was filled with as much art as they could pack into the space. White walls adorned with all styles of paintings surrounded us. Crisp white lights strategically placed above each work showcased the beauty of every piece.

“Or something,” I said on a giggle. It was a pity that I couldn’t afford a single canvas. From what I gathered from Matt, this was a benefit and the price tags on the art were consistent with that. Expensive.

“Doesn’t matter. I’m not supposed to believe in aliens and all that stuff. I’m catholic.”

“Now explain to me again why you’ve dragged me to an astronomy art show benefiting the…who?”

“The guy from the party?” I arched one brow. I suspected as much when Matt barged into my bedroom last night, tossed this little black dress on my bed and informed me that I’d be his date to a benefit tonight.

“You don’t like this stuff. Don’t you think he will find it odd to bump in to you here?”

“Too true, but
you
are into this stuff, and I am playing the part of the reluctant but dutiful roommate.”

“I like it but I have zero money to buy any of this art and my knowledge on the subject is pretty limited. Not as limited as yours but still. Limited. As in, fourth grade science limited. How’d you know he’d be here anyway?”

“Takes one to know one.” Matt glowered playfully.

“Whatever. Neither one of us knows more than the average ten year old about astronomy. If we chat, he’s going to know you staged a run-in. And again, we can’t buy
anything
here.”

“Not a chance.” I refused to think about that right now, though. I was dressed up for a lovely evening out, stalking my best friend’s crush.

Thinking about my father would ruin my night, and I wanted no part of that.

“Now, how are we suppose to seem knowledgeable should the need for space-chatter arise?”

“Hm. When did Pluto’s creds come into question? Isn’t Pluto a legit planet still?” Matt asked with his brow furrowed, looking down at a placard showcasing an article about Pluto’s recent struggle.