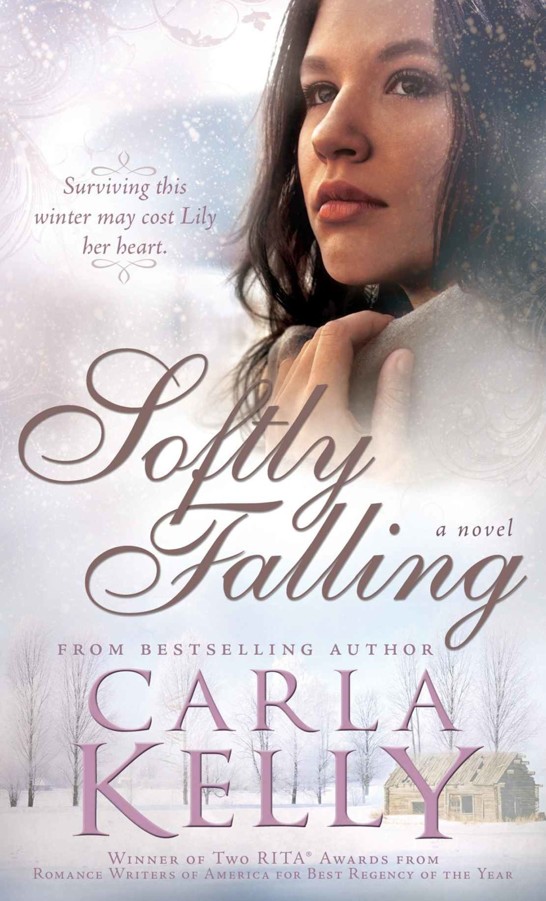 Here’s to the Ladies: Stories of the Frontier Army

In Love and War

Marco and the Devil’s Bargain

On the Upper Missouri: The Journal of Rudolph Friedrich Kurz

Fort Buford: Sentinel at the Confluence

Stop Me If You’ve Read This One

Notice: ebook piracy is both illegal and immoral. If you suspect that you received this ebook from an illegitimate distributor or retailer, please look at our list of
authorized distributors
. If you received this book from a retailer or promotion not on this list, then neither the author nor publisher have been paid for their work. Please support us so that we can continue to provide you with quality literature.

To Marilyn and Gordon Bown
and Kemari Rawlings with love.

W
hen you have exhausted all the possibilities, remember this: you haven’t.

B
ecause Lily Carteret had a generous soul, she understood why her uncle couldn’t look her in the eyes when he gave her the ultimatum—long overdue, in her opinion.

“Lily, my fiancée is wondering who you are, and I am disinclined to tell her.”

His fiancée. Oh heavens, his fiancée was gat-toothed with thinning hair, but her father was a baronet, and the Carterets were a pretentious bunch. A prosperous shipbuilding company wasn’t enough. Uncle Niles Carteret, widowed himself, craved even the shadow of a title to cross his path, and Lady Sophronia Wadsworth seemed the answer to his prayer.

“To avoid any disclosure, you are sending me where?” Lily asked. She kept her voice level and well modulated, as she had learned at Miss Tilton’s School in Bristol, a city not known for social airs, but good enough for Lily Carteret.

“Wyoming Territory, to your father’s ranch.”

Uncle Niles spoke as though Wyoming had a bad odor. Or perhaps “father’s ranch” was the bad odor, or maybe just “father.” Lily couldn’t really tell, but she had her suspicions.

Wyoming, was it? She had finally been banished too. Sitting there in the Blue Room, reserved for any unpleasantness at the manor, Lily glanced out the window at the rain and merely wondered if it rained so much in this Wyoming. If not, then hallelujah.

“Lady Wadsworth will be here Thursday next for a visit. Monday would be best. I’ve made arrangements.”

Uncle Niles rose, and Lily did too, head high, for she had been the soul of grace even before her incarceration at Miss Tilton’s School. Her hand was on the knob when her uncle cleared his throat.

“In his last letter—two years ago, in ’84, if I recall—your father mentioned how well the cattle business was going. I’ll send one hundred pounds with you, for him to invest on my behalf. He said anyone can make a fortune on what they call the ‘open range.’ ” He lowered his voice like a conspirator. “I think Wyoming has turned him toward responsibility.”

I doubt it supremely
, she thought. “Do you still send his remittance checks?”

“Every quarter, as directed by Papa’s will. I am an honorable man,” he assured her. “Send me a report, eh?”

She nodded. India had failed Clarence Carteret, or vice versa; Australia, ditto. And now he owned a ranch in Wyoming Territory? Doubtful.

When she just stood there, privately amazed that her uncle was still so gullible, he cleared his throat, her signal to give a slight curtsy and leave.

Lily vetoed the curtsy, her first tiny blow for liberty. She was being released too, and it didn’t feel half bad.

T
he fact that he couldn’t read was Jack Sinclair’s little secret. He’d learned to sign his name for the paymaster during the War of Northern Aggression, but as the war lengthened and Confederate funds shortened, he hadn’t overused his sole bit of education. Maybe someday he’d have time to learn, but so far, no luck.

Maybe everyone already knew he couldn’t read and just didn’t want to embarrass him. That seemed unlikely, because he didn’t live in a society interested in sparing a person’s feelings. Still, that might be the case, if he could believe a comment from Vivian, a faro dealer he knew at the Back Forty, Wisner’s sole saloon.

“Jack, you’re just a nice man,” she had told him. Maybe she meant it. Maybe people didn’t want to hurt the feelings of a nice man. A fellow could hope, anyway.

He pocketed Madeleine’s scribbled note to pick up flour and sugar at Wisner’s only general store and hoped that the clerk could read what looked like chicken scratches. Jack had stopped to tweak little Chantal’s pigtail. She looked up from the dough she was rolling and turned tender eyes on him.

“I’ll see if the clerk has some old penny candy gathering dust,” he whispered to her. She was just six, but she could stand on an upended milk pail and roll dough.

Mrs. Buxton’s note had been much neater. Jack came to her room, Stetson in hand, because she didn’t hold with anyone wearing a lid indoors. He had learned long ago just to go upstairs to her bedroom and knock, because she hadn’t the energy to walk very far, and downstairs constituted very far. Sickly, stern, and pitiful rolled into one disturbing invalid, she gave him her usual once-over.

“Mr. Sinclair, get a haircut.”

“I was going to ask Preacher to cut it toni—”

“A haircut in town. Can’t cost more than fifteen cents, with a nickel gratuity.”

Jack was too shy to explain that nearly two bits wasted in town meant two bits he couldn’t spend on grain for Bismarck, placidly adding muscle and bone in his own private pasture.

“Yes’m,” he said and held out his hand for the list.

She handed it to him. “Make sure it’s Pond’s Healing Cream and no imitation.”

“Yes’m.” He felt the warmth rising from his neck at the thought of leaning across the counter, giving the clerk his leveling stare, and demanding Pond’s Healing Cream. A real man could hardly do that, but try to explain that to the boss’s wife.

Jack started for the door, but Mrs. Buxton wasn’t through. “Mr. Sinclair, tell the post office clerk distinctly that there is a package for me and he needs to look a little harder.”

He almost grinned but stopped in time. Trust a boss’s wife to demand packages to materialize, even if they weren’t there. He regarded her with some sympathy but not a lot; he didn’t think there was anything wrong with her except disappointed hopes and too much Wyoming.

“Ma’am, I’ll demand your package and give the clerk a good shake if it isn’t there. Won’t shoot him, though. That’d be rude.”

Why he bothered to tease, he didn’t know. Mrs. Buxton had no sense of humor.

She gave him a fishy look. “One more thing. Mr. Carteret wants you to stop in his office.”

Jack held in his sigh until he was on the stairs. Would it have killed the Buxtons’ clerk to come to
him
? Jack had been ranch foreman long before Clarence Carteret became a clerk. Thirty a month and a two-room house, and Clarence felt superior to everyone. Maybe it was the English accent. What an irritant the man was. Any day now, the boss would figure it out and fire the skinny weasel.

Still, Jack’s mother had raised him right, or right enough. He went down the stairs quietly, because Mrs. Buxton always whined about a headache. He stood outside the closed door at the bottom of the stairs. Jack stalled long enough to man himself for a visit to the clerk.

He glanced through the lace curtains to the outside wondering if someday he would have a house like this with lace curtains, his reward for learning the hard business of ranching in Wyoming. After twenty years, discounting the years where he shivered, starved, and learned his trade in a place foreign from Georgia, Jack could run a ranch. Compared to the consortium’s Bar Two Dot (usually shortened to Bar Dot), his few acres nearby were paltry indeed. So he knocked on the door with a grimness about his mouth that he couldn’t totally blame on the man at the desk.

“What do you need, Clarence?” he asked with no preamble.

Jack knew better than to argue, and he knew “Clarence” was good enough for a remittance man, who couldn’t get by without that quarterly check from England, and a man barely sober on a good day.

“What do you need?” Jack repeated, without benefit of first or last name this time. Maybe he just felt like twitting all that pretension sitting behind a desk.

“My daughter, Miss Lily Carteret, will be on the afternoon train. Pick her up.”

Gadfreys! The man wasn’t going to come along? Although he didn’t relish riding any distance with Carteret, it was only four miles to Wisner.

“I’m taking the four-seater buckboard, so you’re welcome to come along. Your daughter?”

“My daughter,” the clerk replied. “I don’t need to meet her.”