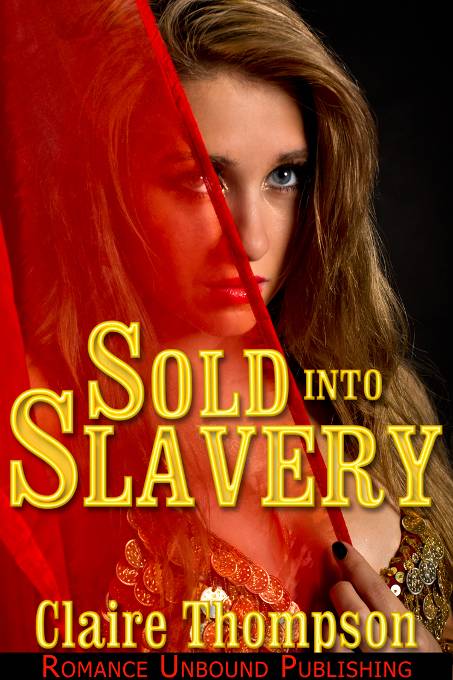 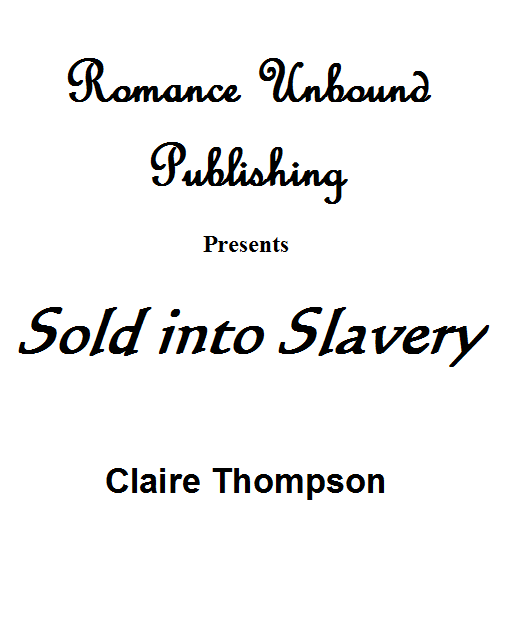 “Don’t I know you from somewhere?”

Devin Lyons stood over the lovely blond, aware the line sounded hackneyed, even though it was true. Something about the girl
was
familiar, though he couldn’t say precisely what. She was lying on her stomach, her head buried in a book, her bikini top untied. Her tan skin was oiled, and the scent of cocoa butter mingled with the salty sea air.

From his position on a towel a few feet away, he’d been surreptitiously admiring the sweet rise of her small, round ass, barely covered by a tiny red bikini, and the curve of her bare breast pressed against the beach towel.

The young woman squinted up at him. Tilting her head, she regarded him a moment with dark blue eyes. “I don’t think so,” she said.

“Forgive me. When I travel abroad, I tend to run into all sorts of people. You look like someone I once knew. I apologize for the intrusion.” He knew he should leave it at that and quit bothering the young woman, but he couldn’t quite bring himself to walk away. She was
so
lovely.

Shading her eyes with her hand, she continued to stare up at him, a small smile now playing over her face. “You’re British, aren’t you? I love the accent.”

This was almost invariably what American women said to Devin upon first meeting him, and he was aware it gave him an instant advantage over the American blokes, an advantage he wasn’t above seizing. He smiled, nodding. “From London. And you’re American.”

“Guilty as charged.” The girl reached behind herself, tying the string of her bikini top into a little bow. Lifting herself into a sitting position, she patted the towel beside her. “Want to sit? The sun is behind you—it makes it hard to see your face.”

Devin sat down beside her on the large towel, thinking with some amazement he was in the process of picking someone up, something he rarely, if ever did. He couldn’t seem to tear his eyes away from hers, and she, instead of looking away, stared back.

“Oh,” she said softly, her lips forming a small, pink O, as if she was surprised. A faint blush moved over her cheeks, her hand moving to cover the pendant of her necklace.

“Forgive me,” Devin finally managed. “I don’t mean to stare.” Yet his eyes remained fastened on her face, drinking her in as if she were water, and he a man dying of thirst.

Suddenly the girl gave a small laugh and shook back her hair, as if released from a spell. She let go of the pendant and, as Devin’s eye was drawn down to necklace, a jolt of excited recognition moved through him. The interlocking links of the chain were thick, and from it hung a small padlock.

“Thank you,” the girl replied, though he hadn't necessarily meant his remark as a compliment.

She regarded him with a bemused expression, finally saying, “I don’t even know your name, Mr. Brit. Mine is Leah. Leah Jacobs.” She held out her hand. Her fingers were long and slender, her wrists delicate. But as he took the offered hand, her grip was firm.

“Forgive my rudeness,” he said at once. “My name is Lyons. Devin Lyons. I work for an international estate agency that has business in Thailand. It’s a pleasure to meet you, Leah Jacobs.” He realized he was holding her hand a bit too long, and reluctantly let her go.

“What brings you to Pattaya?” he asked, to prevent himself from pulling her close and crushing her lips with his. When had he last been so utterly and completely captivated?

“I’m traveling with a charter tour group,” Leah replied. “Pattaya is one of the stops on our whirlwind tour of Thailand and Vietnam. I didn’t realize they have such nice beaches here.”

“That necklace,” he began again. “I hope you won’t think me too forward if I ask the significance of the lock and chain.”

She turned toward him, and he felt the challenge in those impossibly blue eyes. “It was once a slave collar,” she said, lifting her chin as she clutched the small lock. Abruptly she dropped it, frowning. “It no longer has meaning to me, at least not specific meaning. The man who gave it to me is out of the picture. I just wear it because…” she paused, and Devin saw a flash of pain moving over her features, but in a second it was gone. She gave a small shrug. “I guess because I like it.”

Though Devin had had his share of dealings with Americans, it never ceased to amaze him how direct they could be. No dancing around the topic, as he’d been prepared to do. He decided to reply as directly as she had. “I’m certain the loss was entirely his,” he offered. “You are a lovely woman.”

She shrugged again. “I thought I was in love with him, but then I found out I didn’t know him at all.” She wrinkled her nose, adding, “Or the wife and kids that went with him.”

Devin tried to look sympathetic, though he was delighted to know she was not only submissive, but available. He noted then the sparkle in her eyes, and after a moment, her lips curled into a charming smile, and Devin smiled back.

She grabbed her long, shiny hair and twisted it like a coil of golden rope, before dropping it again over her shoulder. Her smile edged into a grin as she added, “He did me a favor, the rat bastard. His back was hairy. He smacked his lips when he ate. And he snored.” She started to laugh, and Devin found himself laughing with her.

It wasn’t that her remarks were especially witty or amusing—it was more the impish spark in her eyes, and the simple, easy happiness Devin felt in her presence. Once the laughter started, neither seemed able to stop. Each time one of them began to sober up, the other would start again. They laughed a long time, the kind of deep belly laughs that leave you with tears streaming down your cheeks.

Finally Leah, wiping her eyes with the back of her hand, said suddenly, “You look like Sean Connery, did you know that? Not the
Indiana Jones
’ father Sean Connery, but the young, sexy
James Bond
Sean Connery from the old movies. I thought it immediately when you said, “Lyons. Devin Lyons, just like he used to do.”

She sat up straight, saying in a rather excellent impersonation of Sean Connery, “Bond. James Bond.” Devin grinned. He wanted to scoop this lovely, fresh girl into his arms and take her immediately to his hotel suite. Recalling himself, he glanced at his watch and cursed softly.

“Bloody hell,” Devin replied. “I have a dinner meeting I have to attend. I need to get back and shower and clean up. I’d so much rather invite you for a drink at the hotel pool, and then…” He let this last bit linger, as he imagined Leah, stripped bare of the red bikini, tied in ropes and ready for him to plunder.

Leah began to pack her bottle of water and suntan lotion. “I have to get back too. I promised to meet some of the women from the group at a little seafood place one of them discovered. Maybe after?”

“Yes, yes,” Devin said quickly. “That would be splendid. How about,” he looked at his watch again, calculating how long he would have to spend with the businessmen to wrap up the deal, “eight-thirty this evening? We could meet in the bar of the hotel.”

Leah nodded, standing. “That should work.” She wrapped a yellow sarong over her slender hips while Devin tried not to stare with his tongue hanging out at her gorgeous body. He stood, hoping his rising erection wasn’t too obvious in his swim trunks.

“You clean up nice,” Leah quipped as she drank in the sight of the tall, sexy Brit. He had looked good enough to eat back on the beach, his smooth, tan chest bare, his shoulders broad, his wavy, light brown hair falling over tawny brown eyes. Now, dressed in a crisp white linen shirt, the sleeves rolled up over his muscular forearms, he was still sexy, but with an added elegance. His black pants fit perfectly, and Leah tried not to stare at his long legs and the sexy bulge at his crotch as he stood.

“Why thank you, ma’am,” Devin answered in a terrible approximation of a Texas accent, doffing an imaginary cowboy hat. “You don’t look so bad yourself.” Leah had spent the last frantic half-hour trying on and taking off every outfit she’d packed for the trip, finally settling on the batik cotton ankle-length skirt she’d gotten in India, along with a dark blue silk tank top.

She smiled and slid onto the barstool beside Devin. After ordering a lime daiquiri, Leah turned to Devin. “So, all your business dealings squared away?”

Devin nodded. “Just about in the bag. A few more loose ends to tie up.”

“And then, what? Back to the UK?” She tried to tell herself she didn’t care, but she did.

“That’s the plan. Though I have a little vacation time coming. I was actually thinking of staying on a while longer here in Pattaya. And yourself?”

The bartender set Leah’s drink before her. She cradled the cold glass between her hands, trying not to betray her excitement that he would be around a while. “The group I’m traveling with is scheduled to leave the day after tomorrow. We’re going on to Bangkok. But I have flexibility. As long as I don’t miss the charter flight home, I can pretty much do what I want.”

Devin took a long pull of his beer and Leah admired his strong profile as he drank. He set down the bottle and turned to her. “Excellent. I do hope we get the chance to know one another better.” He swiveled on the barstool to face her. His eyes were amber, she decided, dappled with flecks of gold, sparkling in his tan face. Leah felt herself falling into those tawny, golden eyes.

He reached for the padlock on her necklace, gripping it lightly between his finger and thumb. His touch against her throat caused a shudder to run through Leah’s frame and she felt her nipples hardening.

When he’d asked about the collar, she’d just blurted out the truth, as surprised as he must have been by her frankness. She’d been devastated when she’d discovered Todd, the man she’d been involved with for nearly a year, and lavished with her submissive trust and devotion, had turned out to be married with two small children.

For some reason, though she refused to see Todd again or listen to his bullshit excuses, she continued to wear the collar, touching it often throughout the day, taking comfort from the cool, heavy metal around her neck. While she no longer loved the man who had given it to her, she loved its symbolism and the promise it had once held for her. She knew she should take it off—it had been six months since Todd’s betrayal had come to light—but for some reason she hadn’t been ready to give up the last vestige of the relationship. She had loved being owned.

Devin’s hand still on the padlock, he leaned close to her, saying softly, “There is something especially lovely about the look of chain against a slender throat. Would you agree?”

As he spoke, he traced the line of the chain, his finger moving sensually along Leah’s skin. Again she shuddered involuntarily, feeling heat surge into her cheeks. “I—I,” she stuttered, trying to get a hold of herself.