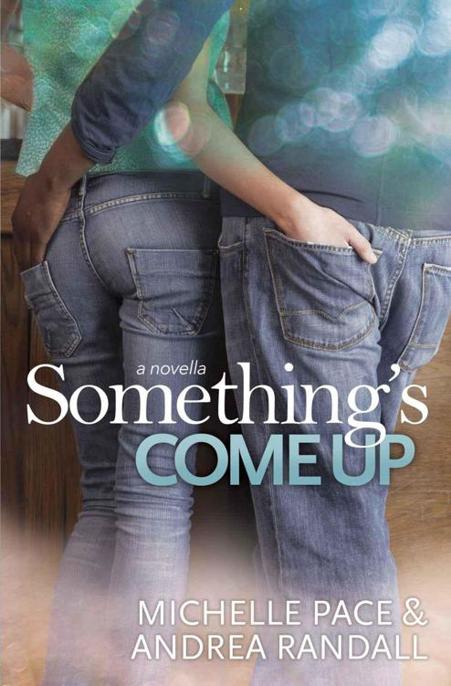 We’d like to dedicate this book to each other. Why? Because we’re amazing.

Andrea, you are the Waldorf to my Statler. ~Michelle

Michelle, you are the Christina to my Meredith. ~Andrea

H
umility is best served during victories, never during sex. There’s no time to be humble when the finest girl in the club is screaming your name as she’s bent over your kitchen counter. Or on your couch. Or in your shower.

No. The best course of action right there is to give her tight ass a firm spank and tell her to scream your name louder. In reality, she should be screaming her thanks, because I can feel with my best body part what I’m doing to her insides, but my name suffices during breathless submission.

If I ever choose to get serious and
settle down
, as my mother likes to say, a club in Boston won’t be the place for such hunting. I’ll scour the alumni message boards and check out the scores of monthly gatherings held either in Boston or New York. New York might be best. I think a marriage bed separated by about four hours might keep me from suffocating.

Tonight, though, was a little different. I was in my apartment at The W Hotel in Boston, entertaining a gorgeous woman.

“This view… Wow.” Kym (with a y) twisted a skinny braid around her finger. “It’s
incredible
.”

There’s no way she was born with
Kym
. She was born in the ‘80s. It was
Kim
. I shook my head while I mixed our martinis. If she didn’t like her name, she could have used her middle name, like I do. The fact that she tried to “hip” her own name said more about her than anything that came out of her gorgeous mouth could have.

“Thank you. I like it.” I approached her, balancing two glasses in my hands as I reached for the remote to my BOSE sound system and turned up Louis Armstrong.

Kym skimmed her fingers down mine as she took her drink, biting her lip. We both knew where the night was going to end up. She had her reputation and I had mine. This was our third date, which I was pretty sure was a record for both of us.

I still liked that she went through the motions. They looked hot on her. She was so much more refined than one of my club conquests. Her mixed Indian and African-American genetics gave her a delicious cinnamon hue that had me staring at her long enough at the company Memorial Day picnic to know she’d be my next mark. Kym was an attorney for the medical research company my father worked for. He’d brought me along to court me back to the field I’d abandoned when I left medical school for Columbia Law. All I left dinner with was Kym’s number.

That was an annoying mouthful.

Kym’s lip curled up like she’d just swallowed a fly. “Are you serious?”

Strike one, snobbery.
Class and being a bitch rarely fit in the same box. If she wanted to have an attitude, it had to be unrelenting and grounded in fact.

“Monica was friends with my brother in college, too. We all hung out my senior year.”

“Oh,” her eyes lit with revelation, “is your brother dating that hippie w
hite girl
again?”

Strike two. Everything she just said.

I shook my head in confusion. “How’d you— What?”

“My mom mentioned her.”

“I asked her to set me up with Adrian, but she said he was taken.”

Sex is not at a premium for me. I can get it at a moment’s notice by loosening my tie, unbuttoning the top of my Armani shirt, and sitting at the bar.

Kym was a sure thing, though. The way her eyes always started just below my belt and worked their way up my body told me we both had the same end desire even though she was playing on my competitive nature with my little brother. Not usually a bright move, but I couldn’t escort her out. Not when that purple skirt of hers was so short I wouldn’t have to move much fabric to get to where I needed to go.

“I’m just messing with you, Pace. Why in
God’s name
would I ask about Adrian when you’re perpetually unattached?”

“Ah,” I smiled as I wrapped my hand around the curve of her waist, “well played, Counselor.” I took the glass from her hand and set both of them down on the table next to me.

I slid my hands from her hips to her shoulders, watching the rise and fall of her chest quicken the closer my mouth got to her neck. Kym was usually 5’5”, but rocked five inch heels as if they were natural extensions of her legs.

“Won’t we be late?” Her lips pressed into my temple as I leaned in and kissed just below her jaw.

“Yep,” I answered as my phone rang. “Give me a second. Could be my new client.”

“Of course.” Kym picked up her drink, finishing half of it as I turned to the kitchen to answer the phone buzzing and ringing in my pocket. That was the other thing about her that made this dating dance we were doing worthwhile—she understood it was always business first.

I didn’t recognize the number, which was fairly common, given my work in real estate, so blindly answering was second nature. I didn’t earn enough in commissions to buy this place in less than six months by being picky about my working hours.

“Hello?” At first, all I was greeted with was the sound of loud music and traffic. Someone driving down the highway. I tried again. “Hello?”

“Hey. What the fuck is the name of that pretentious building you live in, again? The W?”

Jesus.
I took a step back. It had been y
ears
since I’d heard that voice.

“Are you busy tonight? I don’t fucking care. I’ll be there in an hour.”

Pulling the phone away from my ear, I stared at the number blinking across the screen. It wasn’t an NYC area code, but it was her. I remembered hearing she’d moved back to Chicago some time ago.

“Is everything okay?” Kym started toward me.

“Yeah,” I spoke slowly, drawing out each vowel, “something’s…come up. Rain check?”

Her shoulders fell underneath every insecurity she’d been covering up with that glossy lipstick and short skirt. This wasn’t about her, but there was nothing I’d be able to do to convince her of that except keeping our plans.

Which was no longer an option.

“You’ll call me?” Her voice lifted an extra step. She’d clearly heard enough about me for this to be a concern.

I curved half my mouth into a smile and met her eyes. “Of course I will.”

I used that line with direct eye contact every time.

As soon as Kym Campbell—yes, the soup family—was safely riding down the private elevator, I called Adrian.

“Hey, Bro, you on your way?” He was waiting for me in his place, one floor down.

“Actually, I can’t. I just had to send Kym home. Something’s—”

“What? It’s not like this is
your
engagement party.”

“Wait, you
sent
Kym home? What the hell’s going on?”

“Brier?” he spit out far too quickly for my taste.

“Yeah,” I continued. “Send Josh and Monica my best.”

Adrian let out a long, slow whistle, followed by a chuckle. “I’d tell you to have fun, but that’s pretty much implied, isn’t it?”

I hung up and set my iPhone on the island before running my hand over my head, leaving it perched on the back of my neck as I walked over to the stereo. I didn’t feel bad for turning off Louis Armstrong in favor of Jay-Z. Louis wouldn’t care. This was Steph we were talking about. And Jay-Z was a nice guy. He invested wisely in real estate.

I’d met Stephanie Brier in the fall of 2008. I’d been minding my own business, studying in Diamond library, when Maxine slapped her hand over my book. She’d been my study partner since the beginning of the semester. She was a knockout, and if her last name hadn’t been Kennedy, I’d have gone for her. I didn’t need to get wrapped up in
that
.

She rolled her eyes. “Only
you
would forget about a photo shoot starring you.”

“Christ.” I sighed and followed her out of the library.

She was right, as always. I’d forgotten all about it. Some photography students from some nearby art school were in charge of helping to revamp the law school’s webpage. The dean of my J.D./M.B.A. program selected me to be on the cover page for the department. The shoot with me and a few of my peers had been scheduled for this morning, and now I was running late.

I hadn’t been dating, because I didn’t have the time, energy, or desire needed to maintain a relationship. My little brother, Adrian, claimed he’d found a no-frills, no-expectations relationship with a girl named Ember. November, actually. Hot as hell, too. No frills it wasn’t, though. I saw that the first time I’d met her. He was ass over head for her, poor guy. I’d figured it was only a matter of time before one of them caved and they got all lovey-dovey.

I just needed to get laid on a semi-regular basis.

All right. Make that regular basis.

Before you get all women’s lib on me, there are women out there looking for the exact same thing. Had I known one of them was waiting for me that day, I thought as I reeled myself back to my Boston apartment, I’d have shown up a hell of a lot sooner.

“Red,” I whispered, resting my forehead against the shelf as the music rose in volume around me. “Shit…”

She was the closest thing to “the one that got away” that I’d ever had in my life, and she was on her way back to my door.