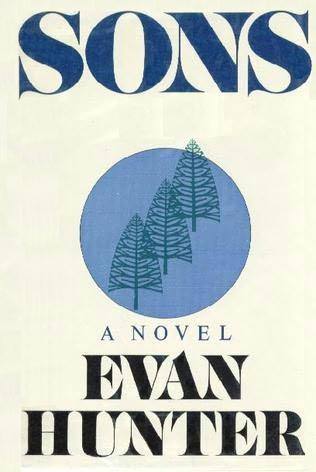 Annotation
This is a novel about three generations of men in an American family — a grandfather, a father, and a son — focusing on those crucial years when each was between the ages of seventeen and twenty.
War, and its effects on those who survive, is the common element in the lives of these men and their women — World Wars I and II and the Vietnam War, wars that are profoundly the same yet compellingly different. And it is in the difference that the core of this extraordinary novel lies, for Evan Hunter has succeeded in portraying nothing less than the vast, changing heart and mind of America over the last fifty years, an America at once the same and radically altered. In this dramatic saga of the Tyler men and women, the reader discovers, with an immediacy more apparent than in any history, many of the ideas and feelings that took shape at the beginning of the century and grew with the passing years into the attitudes of today about ourselves, the world, prejudice, violence, justice, sex. love the family and personal commitment.
Sons tells a dramatic story about loving, hating, struggling, and dying; in short, about the endlessly fascinating adventure of life. It is the most ambitious and exciting novel Evan Hunter has ever written.
Evan Hunter
Sons

This is for my sons
TED MARK • RICHARD

“I cannot reconcile the events of this past week,” my grandfather said, tall and white-haired at sixty-three, sitting at the head of the table, the family patriarch, though I could sense my father’s displeasure with the old man for taking his usual seat. “To believe that in this day and age, in a country as sophisticated as America...”
“Is there any cranberry sauce?” one of the twins asked. She was my cousin, eight years old, the prettier of the two girls, though frankly neither of them was worth a glance, even in the third grade. She smiled at my grandfather because she knew she had interrupted him, and he reached over to touch her straight brown hair for just an instant before Aunt Linda said, “Your grandfather’s speaking, Mary. You can just wait for the cranberry sauce.”
“I’ll get it,” my mother said, and rose from the table.
“She can
wait,
Lolly.”
My mother’s name was Dolores, and the “Lolly” was a hangover from the days of her youth. I saw a small twinge of displeasure in her eyes as my aunt used the name now, but she recovered immediately and said, “I want to see how
she’s
doing, anyway,” referring to the new maid, a priceless gem from Georgia. She put down her napkin, and then left the dining room and went into the kitchen. The other twin, Marcia, yelled, “I want some, too, Aunt Lolly!” and my mother shouted, “Yes, Marcy!” from the kitchen, and Uncle Stanley said, “I want some, too,
please,
Aunt Lolly.”
“Please!” Marcy shouted to the closed kitchen door.
“The whole thing was a spectacle,” my father said. He said it very softly, I knew that voice, as if he hadn’t been patiently waiting through the twins’ nonsense for this moment when he could openly challenge Grandpa sitting in his place at the head of the table. Grandpa’s brows went up just a trifle. There was a glint of humor in his blue eyes. The two men squared off across two yards of white tablecloth. “That whole damn funeral was a theatrical production,” my father said.