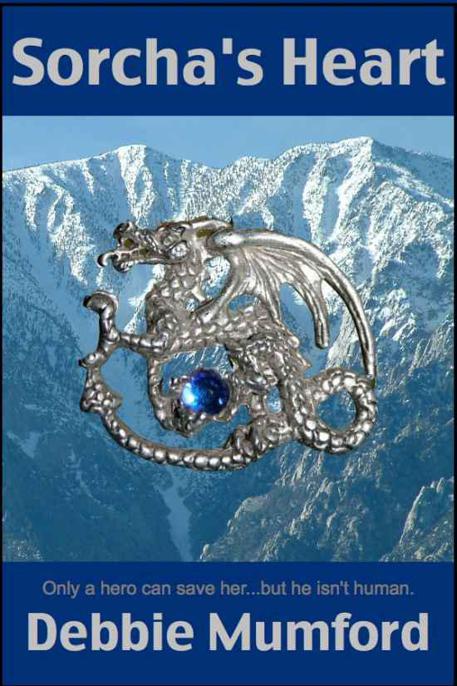 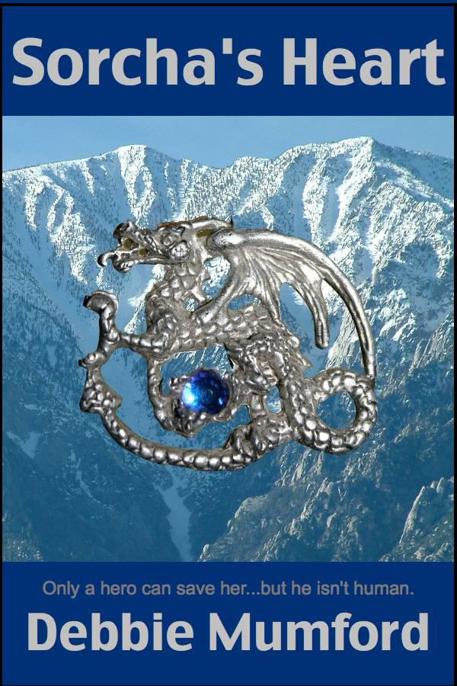 Includes a sneak peak of

All rights reserved, including the right of reproduction, in whole or in part in any form. This book is a work of fiction. Names, characters, places and incidents either are products of the author’s imagination or are used fictitiously. Any resemblance to actual events or locales or persons, living or dead, is entirely coincidental.

For more about WDM Publishing, please visit our web site at
http://wdmpublishing.com
/

Thank you for your encouragement and unfailing love. You believed I could write this tale, and I rose to the occasion.

Chapter 1
: The Heart of Fire

The Heart of Fire

Sorcha knotted her fists so tightly her knuckles whitened. She glared at her mother across the rough oak worktable. “When are you going to acknowledge me as a fully capable wizard? I’m not an apprentice anymore. I don’t need your permission to seek the Heart of Fire.”

“
Fine,” Elspeth shot back, “but I’m warning you this is a mistake. The Heart of Fire is dangerous.” The small, compact woman stretched to reach the braid of garlic hanging from the beam above her head, yanked a bulb loose and tossed it to her daughter.

“
So is this war!” Sorcha caught the bulb by reflex, slammed it on the table and separated out three cloves for the strengthening potion. Her gaze never left her mother. “Don’t you realize how powerful dragons are? If Leofric continues on his present course, he’ll push them too far. They’ll wipe us off the face of the earth.”

Fear flashed across Elspeth’s face, and Sorcha knew that her mother agreed; the King’s recent aggressive actions could have serious repercussions.

Sorcha’s mood softened. She picked up her paring knife and began to chop the cloves, pondering the enigma of the woman who had given her not only life, but a heritage of magic. Because of that heritage, strangers often assumed they were sisters rather than mother and child. Elspeth’s long, dark hair sported only an occasional strand of gray. Trim, active, healthy. These words described both her and her mother. Neither of them possessed the lush curves so desired by other women at court, but neither really noted the lack, being too concerned with the practice of magic to worry about attracting the opposite sex.

Elspeth’s bright green eyes glowed with fervent belief and wily intelligence. Sorcha shared her mother’s fervency and intelligence, but not her eyes. She had inherited her unknown father’s eyes; deep blue, with an exotic slant that engendered frequent comparisons to cats’ eyes.

“
Yes. I do understand,” Elspeth said with calm assurance, “and I’m trying to convince Leofric how dangerous his present policy is.”

Sorcha opened her mouth to push home her advantage, but Elspeth held up a slim hand to stem the flow of words.

“
But that doesn’t mean I’m willing to sacrifice my only child.” She leaned forward, eyes wide, pleading and vulnerable. “Leave the Heart of Fire alone. It might end this war, but at what cost? Sorcha, you have no idea what that amulet will require as payment for its power.”

A shiver ran down Sorcha’s spine and she made a reflexive warding sign as she wiped her hands on the tattered hem of her potion-making apron.

The quiet waters of the isolated lagoon unnerved Sorcha. She knew a distant barrier reef protected the soft sand from the harsh pounding of the tide’s ebb and flow, but she longed for the accustomed roar of surf—and home. The skirt of her simple shift and tunic tugged damply at her ankles as she prowled the water’s edge. Her eyes darted warily from the aspen thickets that climbed the hill to the north, to the open path winding southward among the dunes covered in beach grass. She might have been the only living creature on the earth.

As much to reassure herself of her own existence as for something to do, she bent to stare into the unnaturally still water. A cool breeze tickled her nose with the scent of seaweed, and tugged a few wayward hairs from her tightly woven braid as she gazed at her reflection in the sparse predawn light.

Tension mounted as she waited for the perfect moment. Unable to remain still, she straightened, searching the sky’s melting darkness. Only fading stars and dawn’s awakening color met her restless gaze.

She must complete her quest, must recover the Heart of Fire. Humanity’s existence depended on her success.

The warning, when it came, took the form of tingling skin as all the tiny hairs from neck to wrists rose in unison. The dragon soared into sight above the aspen covered hill, and Sorcha fought the instinct to run. Instead, she stood her ground and watched him land at the edge of the lagoon. Gods and goddesses, he was longer than the house she shared with her mother! He had to measure thirty feet from his deadly looking teeth to the triangular tail-tip that splashed the lagoon’s still water. He folded leathery wings flat against glistening black scales, and turned his massive head, piercing her with a fiery gaze.

“
Greetings, little wizard,” he said, his rough voice conjuring wind-swept crags and the barren isolation of frozen wastes. “It seems the Heart of Fire requires more than one witness to its rebirth.”

“
Y-you know about the Heart of Fire?” she stammered. Her heart thundered, causing the pulse in her temple to throb and her ears to ring. She fought to calm herself, to retain the razor- edge of her intellect as she confronted her hereditary enemy. Human versus dragon; their skirmishes consumed her homeland, and now that King Leofric had initiated a more aggressive policy for his knights, she feared humanity’s annihilation.

The dragon’s huge maw twisted in what she hoped was a smile. “Of course, little wizard. Who do you think forged the medallion? Human wizards could not bend the stone’s power to their will long enough to contain it in a prison of gold.” He snorted at the thought and ejected a thin finger of flame. “Only a flight of dragons could create the Heart of Fire.”

“
If wizards are so weak,” she said, standing tall, chin high in defiance, “why has it called
me
to bring it to light?” Understanding dawned, and she continued recklessly, ignoring the lingering smell of sulfur, “You are here to
witness
what I’ve been called to
do!”

The dragon lowered his head and studied her closely. “Well spoken, little wizard.” He paused, blinked, lower lid rising to cover his slit-pupiled, red eye. “What is your name?”

Sorcha swallowed hard and tried to ignore the fear that knotted her stomach. “I will not trade names with a dragon. Now stand aside. I have work to complete.”

He jerked his head back and unfurled his wings. The brightening sky vanished behind a curtain of shadow.

“
You dare insult me? Order me like a common dog?” His words thundered, rending the morning’s soft peace. “I could devour you in a single bite!”

Though her legs wobbled and threatened to collapse, Sorcha stood her ground. She clenched her jaw to keep her teeth from chattering, and prayed she wouldn’t squeak when she found her voice.

Big Brother by Susannah McFarlane
The Golden Vanity by Isabel Paterson
Secrets of a Charmed Life by Susan Meissner
Fantasmagoria by Rick Wayne
Movie For Dogs by Lois Duncan
Blood Relations by Chris Lynch
Seed by Lisa Heathfield
The Middle Sea: A History of the Mediterranean by John Julius Norwich
You Belong to Me by Karen Rose
Redlisted by Sara Beaman
Our partner