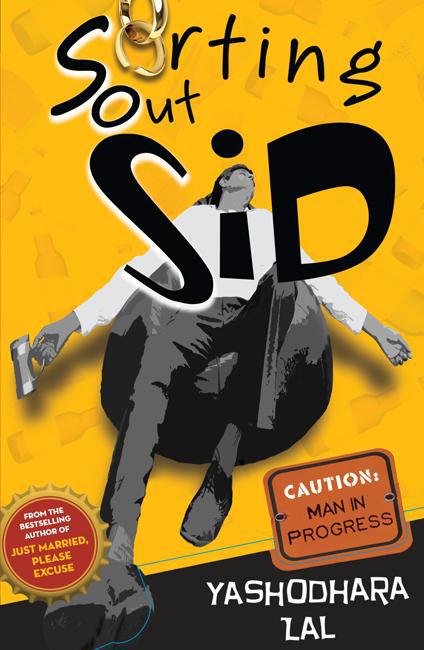 To Didu, wherever you are now. I’m so happy you enjoyed this
book when it was a mere manuscript.

2. Nice Not Knowing You

9. Sid and Brownie: The Sequel

‘W
hy does she have to live in a place with such poor maintenance,’ muttered Sid to himself as he peered short-sightedly out of his car window, trying to spot a parking space. It was past nine now and pitch-black with none of the street lights in Aditi’s complex working. Hah, he thought, a supposedly posh high-rise complex with a fancy-shmancy name like ‘Sherwood Towers’, but can’t even take care of the basics! He conveniently ignored the fact that his own apartment was in a complex called ‘Bellavue Boulevard’. Sid drove along slowly in his old WagonR, having left the Verna at home for Mandira in case she needed it, though she said she was unwell. He spotted what looked like an empty slot. He couldn’t quite gauge the distance between the two large cars and so, paused uncertainly. Sherwood Towers had a lot of rich residents, and Sid definitely did not want to bump any of the big-ass cars with his trusted steed. Also, he did not really want yet another scratch on his own car, however old and beat-up it was.

Though it had been a few years since he had been badgered by Mandira into learning to drive, Sid wasn’t a confident
driver still. Driving at night made him especially nervous, and it didn’t help that tonight he wasn’t wearing his glasses. Not that his eyesight was too bad
–
a mere .25 in the left eye, and .75 in the right
–
but the glasses did help.

It wasn’t his vanity this time
–
he could have chosen to leave them in the car while he was up at the party, but he had been so distracted while leaving the house that he had forgotten them. And he just hadn’t felt like going back to get them. Oh well, he had made it here safe and sound, he’d be okay driving back too. Hopefully.

Just as he had made up his mind to plunge blindly into the parking spot with a prayer on his lips, the street lights came on and light flooded the area around him. He heard the sound of music and people cheering from what he knew was Aditi’s flat.

Of course! Just a little power failure. Could happen to anyone. Sid decided to forgive Aditi for living here and parked his car smoothly. It ended up only a little too close to a bright yellow Honda City, which he had never seen before.

He checked himself out in the rear-view mirror before getting out of the car, an old habit. Sid always needed to know that he was looking sharp. He was letting his hair grow out this year, but it was carefully styled and slicked back, every strand gelled into place. He bared his teeth to confirm he had nothing stuck in there and finally stepped out.

He was in his carefully torn new jeans and his favourite dark blue shirt which had the first two buttons casually undone and sleeves rolled up. Only the tail end of the Black Panther tattoo on his right arm was on display this way. His new, brown, high-heeled shoes made him look and feel taller, which was always
welcome, even though he stood at a perfectly respectable five-ten. Sid had always wished he could have made it to six feet, but no amount of stretching in college had helped. Still, he knew he looked pretty good in a lean, clean-cut, boyish way.

He took a deep breath, trying to keep at bay the thoughts of his evening at home. He slammed the car door shut, put on his most confident swagger as he headed towards Aditi’s building, and then bounded up the stairs, two at a time, to the first floor.

As he reached the door, he heard the sound of ABBA and groaned inwardly. ABBA? In this day and age? He reached out and rang the doorbell. The tinny annoying tune of
‘B-I-N-G-O’
made him cringe as always. He glanced at his watch as he waited and his eyes bulged a little,

Damn! Nine thirty already? He knew Aditi had expected him to turn up at seven p.m. sharp. Just so unreasonable of her. It was the unwritten protocol these days to come at least an hour late, although a control freak like Aditi wouldn’t subscribe to that view. Sure enough, as soon as the door swung open, her hard and unsmiling face confirmed that she was not happy with him. Tonight, her long, wavy hair was tamed into a tight ponytail which gave her a severe look despite her frilly dark-green top and tight jeans. She stood glaring at him in silence. He bravely maintained eye contact, but had the distinct impression that she was tapping her feet as she waited for him to say something. He decided to go with his usual approach, which meant pretending not to notice anything was wrong.

‘Happy Birthday, Buddy-boy!’ He gave her his most charming grin and reached out to envelop her in a big, warm hug.

She stood there, unyielding and stiff. As a result the big, warm hug ended up as a clumsy one-sided embrace. He took a step back and saw that now she looked really mad.

‘What’s wrong?’ he asked, suppressing his own twinge of irritation. She didn’t have to make such an issue out of everything. It was only a little tardiness, after all.

Ayaan’s? Oh no! That was right. Sid felt his ears turning red. This was indeed what you might term a bit of a boo-boo. Of course, it was Ayaan’s birthday party
–
he was turning two today. Sid had obviously not been paying attention when Aditi had called last week to confirm he was coming for ‘the birthday party’
–
he had just assumed it was her own. Wasn’t hers around this time of year? He decided to blame Facebook
–
it was because of those darned birthday calendars that no one bothered to remember anything any more. Although he had known Aditi for over twenty years, right from their school days, it was still tough for him to think of her as a mom. He hadn’t had a clue he was coming to a kid’s birthday party.

Oh bloody hell! Wait. Kids’ parties needed gifts. His usual alternative for a gift
–
‘Heh-heh. I’ll take you out for dinner next week’ wasn’t going to work with a two-year-old. Sid felt mortified. So to cover up, he grinned and said ‘
Of course
it’s Ayaan’s birthday. Get out of my way, you imposter! Where is the
real
birthday boy?’

He took a step past her and vaguely looked around towards the knees of the few people who were crowded around Aditi’s drawing room
–
some sitting, others standing and most shouting over ‘
Dancing Queen
’ to talk to each other. Aditi was saying something to him, but he couldn’t hear it. Finally, she grabbed hold of his shoulder and, putting her mouth
close to his ear, shouted, ‘He’s
asleep
now. The party was at seven p.m. Sid! All the people with kids have left already. But then again, you always do this, don’t you?’ Sid cringed as she continued, ‘You’re just too cool to land up on time even when it’s an important occasion? You know how much this means to me. I don’t know why I expected better from you.’ This made him feel even worse. He just stood there gazing at her, unsure of what to say. After a few seconds, Aditi spoke again, more curious than angry now, ‘And hey
–
you didn’t bring Mandira?’

He stiffened a bit at the mention of his wife. ‘Well, you know, she said she would come but then she had an office thing, and you know, it was just one of those things … you know? So I said I would go alone. Hey, so where’s Krish? Are we having beer?’

Aditi was staring closely at his face. That penetrating look of hers always made him feel uncomfortable. He didn’t know why but this woman somehow always seemed to know
–
or at least, to always
want
to know what was going on inside his head. He wondered if he had made another tactical error by asking for beer at a two-year-old’s party, but he was pretty sure he had seen a few people with drinks in their hands. Aditi’s face wasn’t disapproving any more. ‘What’s wrong, Sid?’ she said, sounding concerned. ‘Did you guys fight?’

Sid’s immediate reaction was to deny it with a half-scoffing, half-snorting sound, followed up with an ‘Arrey, no, no yaar.’ After all, it hadn’t really been a fight. Just a small … difference in point of view. Yes. All married couples had them. No point talking about it. So he continued, ‘I’m telling you, na
–
she’s just super busy nowadays. She said to give you her love and wish you … er, I mean, Ayaan a happy birthday.’

Aditi clearly didn’t believe him and he didn’t blame her. Mandira had always been a little cold to her, as was the case with all of his female friends. Sid recalled how, a few months ago, she had remarked in the middle of an argument, ‘That “Aaadu” chick-friend of yours is three years younger than I am and already has a kid, and at the rate we’re going, we’ll probably be first-time parents at the age of fifty.’