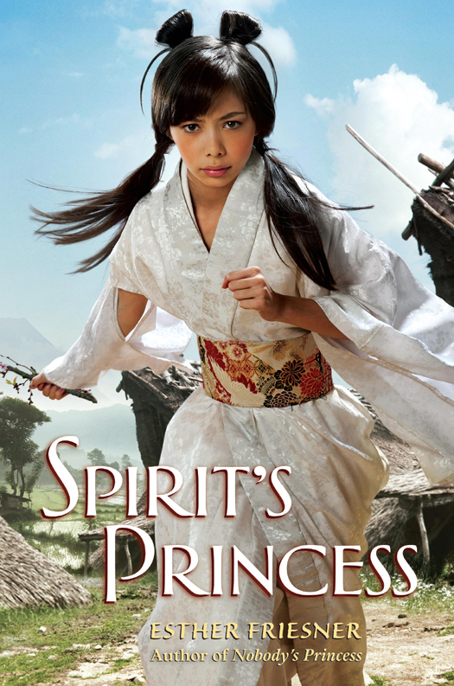 Educators and librarians, for a variety of teaching tools, visit us at
randomhouse.com/teachers

For the land and people of Japan—
wishing you tranquility, harmony,
and good fortune

2  What the Spirits Desire

4  Spirits of the Forest

5  People of the Deer Clan

8  The Heart That Listens

9  Walking with the Dragon

12  Changes in a Single Breath

16  The Breath of Winter

Lady of the “Queen’s Country” 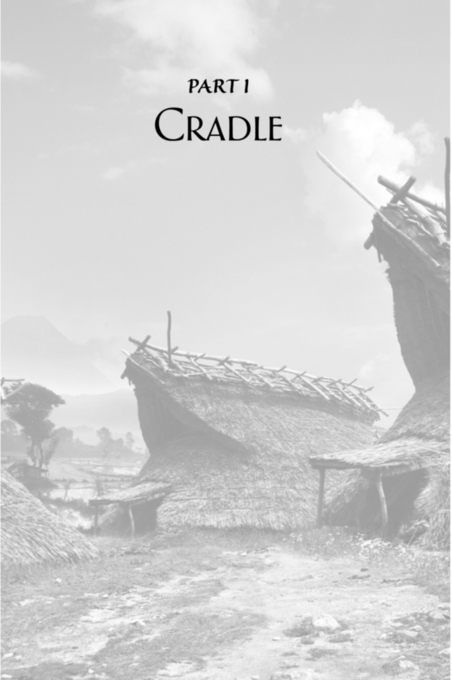 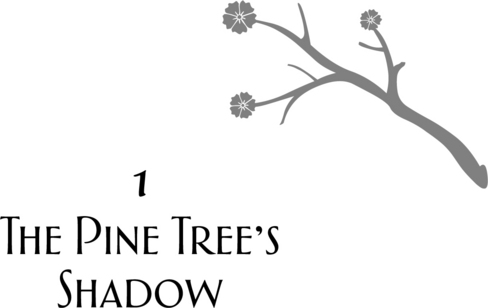 In the moonless, starless time before dawn, I crept out of my family’s house to climb the ancient pine tree that towered above our village. I was only seven years old, and still scared of the dark, but I made myself leave the warm safety of our home for the vast, terrible world outside. In my mind, I had no other choice. I had made a promise to myself and to the spirits, placing my life, my fate, my future in their hands. I was sure that to turn back was to die.

Rags of mist drifted along the ground like ghosts, and the sky was a dim, threatening presence arching over the shadowed land. Springtime had come, but nighttime still held the lingering chill of winter. Every second step I took seemed to bring with it a heart-stopping noise or the swift passage of some imaginary monster, its fangs and claws a flicker of cold light whisking past the corner of my eye. I wanted to abandon my purpose at least a hundred times before I even reached the roots of the colossal tree, but
whenever the urge to flee seized me, I whispered, “I can do this. I
have
to do this!” and forced myself to recall the reason I’d first decided to conquer the looming pine.

From the depths of my fear, I summoned up a vision of my big brother Aki. I had many brothers living then, three older than me, two still infants. The older ones were my mother’s, the babies were the sons of Yukari and Emi, Father’s junior wives, but Aki was my favorite. Even though seven years separated us, he always made time to play with me, and to tell me wonderful stories about the wild places beyond our village fields.

He knew those outlying lands well. At fourteen, Aki was counted as a man among our people, face honorably marked with his first protective tattoo, free to roam wherever he liked. How I longed for that freedom!

Freedom wasn’t the only part of his life that I coveted. Even if he hadn’t been respected as our clan chief’s oldest son, he still would have been honored and valued as a gifted hunter. His keen eye and shrewd skill as a tracker of game filled many bellies. The tender meat of the rabbits, deer, and red-faced pheasants that he caught added savor to our rice. I envied him for the way that everyone praised him when he returned from yet another successful venture into the mountains, but not as much as I envied him for how proud Mama looked when she heard our kin cheering his name. Even Father’s stern face would soften into one of his rare smiles when Aki came home. I think I envied him for that most of all.

I wanted the cheers, the admiring looks, and Father’s
smile. If the only way to earn those things was to become a great hunter like my oldest brother, that was the path I’d take too, and I was sure there was only one way for me to do it: Aki would have to teach me. But … would he agree?

Foolishly, I thought I knew the answer before I even spoke one word about it to him. My dreams of the future were never small. I imagined learning so much of the hunter’s art, and so well, that I outpaced him, leaving him in my shadow. I saw myself hauling home impossible amounts of game, stealing away all the praise and admiration that had once been his. Surely Aki would see the same inevitable future and refuse to teach me the hunter’s way, to protect his own place in our clan! I had everything all figured out, start to finish, and none of it real.

What childish imaginings. But I
was
a child. I loved my brother, and feared he would stop loving me if I asked him to help fulfill my dream. And so I kept my ambitions to myself, holding back my request until frustration finally got the better of me. Had it been only yesterday that I’d found the boldness to speak? As our family sat cross-legged together on the high wooden platform just outside our door, watching the day begin to fade into evening, I took a deep breath, flung myself onto Aki’s back, and draped my arms around his neck, crying, “Big Brother, I want to be like you! Teach me how to hunt, pleeeeeease? I’ll do a good job, but don’t worry, I promise I won’t be
too
much better than you.” I kissed his cheeks and his ears a dozen times, a ploy that had always worked before whenever I asked him for anything.

I’d prayed that he would say yes. I’d feared that he would roar an angry refusal. I’d never expected to drown in the waves of laughter that followed my impassioned plea.

Everyone
laughed—everyone but Father. He looked grim and disapproving, but the rest of my family rocked with glee over what I’d just said. Father’s two junior wives nearly choked on such violent storms of giggles that it woke the sleeping babies in their laps. My twelve-year-old brother, Shoichi, fell over backward whooping, his hands slapping the floor. Ten-year-old Masa curled himself up like a round, solid bale of rice and shook with so much mirth that he nearly rolled off the platform. My face went hot with embarrassment. Even Aki was laughing! It didn’t matter that his laughter was soft and kind, it still cut me to the bone. I pushed away from him, threw my head back, and yowled.

One moment I was weeping loudly enough to scare the birds from every tree around, and the next I was in Aki’s lap. My eyes were too filled with tears for me to see how he managed to sweep me into a comforting hug so quickly. “Don’t cry, little Himiko,” he said in a soothing voice. “Please don’t cry. I’m sorry; we’re all sorry. We didn’t mean to make fun of you.”

“Speak for yourself,” Shoichi put in, and laughed louder, until his voice broke into hiccups.

“Aha, you see what happens to anyone who teases our little sister?” Aki said, grinning and bouncing me on his knee. “The spirits take a terrible vengeance! Beg her forgiveness, Shoichi, and maybe they’ll show you mercy.”

“Not—
hic!
—not if my li—
hic!
—life depended on it,”
Shoichi said sullenly before pinching his nose shut and holding his breath.

“I wish the spirits
would
punish you!” I shouted, squirming out of Aki’s lap and scrambling to my feet. “
All
of you! All I said was—”

I didn’t get the chance to repeat my demand to become a hunter. Father leaped up and grabbed me by the back of my tunic, holding me as if I were a badly behaved puppy. Eyes hard and narrow, he glowered at me like some midnight demon. “
Never
say such things again.” His voice growled low and threatening. “They listen, even to fools like you. They watch and wait for the chance to strike us down.”

He pointed at his junior wives and their infants, but I lacked the courage to look at them directly. A bad taste filled my mouth. Some would say that Yukari and Emi were living proof that Father was right to believe in the maliciousness of the spirits. It was no secret that my sweet-natured stepmothers already had lost a child in infancy each, two years after I was born, and their new babies were sickly. Though no one in our family or our clan said anything about it, it was feared that the little ones would not be with us long.

“Every curse—even yours—can be their gateway,” Father said. I writhed under his words and stole a fleeting glance at my stepmothers. Would they blame me when their arms were empty again? I couldn’t bear such a thought.

“And
you
, Aki!” Now Father’s wrath turned on my beloved brother. “The girl is a fool, but she’s hardly old enough to know up from down.
You
are a man! You should know better than to speak of their powers so lightly.”

Aki knelt low, hands folded, forehead touching the platform. His voice trembled when he spoke: “I’m sorry, Father. I was rash and stupid. I accept any penalty you name for my thoughtlessness.”

“No!” I cried in desperation. “Don’t do anything to Aki! It’s all my fault, but I didn’t mean it! I
don’t
wish the spirits would punish anyone! I’m sorry, I’m so sorry, I take it back. If they want to hurt anyone, let it be me, only me!” I squirmed violently, trying to escape Father’s grasp so that I too could bow before him to prove my sincerity.

Empty Altars by Judith Post
Sunset Surrender by Charlene Sands
10 Rules to Sex Up a Blind Date by Heidi Rice
Bexley-Smythe Quintet 01 - Flight of Fancy by Catherine Gayle
Law and Peace by Tim Kevan
Mirage by Serena Janes
The Proposition 5: The Ferro Family by H.M. Ward
My Song for You: A Pushing Limits Novel by Stina Lindenblatt
Blood Money by Thomas Perry
A Witch's Feast by C.N. Crawford
Our partner