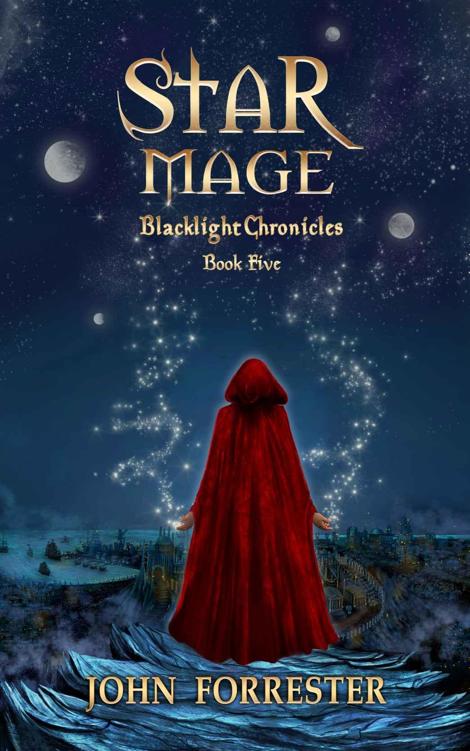 6. The Village of Farin

9. Lair of the Nameless

11. Music of the Maelstrom

20. Order of the Dragons

29. Tears and the Goddess

No part of this book may be reproduced or transmitted in any form or by any means, electronic or mechanical, including photocopying, recording, or by any information storage and retrieval system. 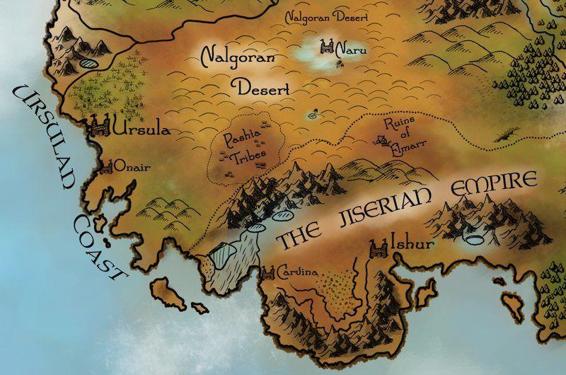 The energy of the black crystal burned strong in Talis’s body as he pressed his palms against the wet ground. He could feel the crystal still alive beneath the desolate wreckage of the destroyed Temple of the Sun. Although he possessed powerful crystals from the heart of Ghaelstrom, there was something special and serene about the feeling of the crystal that the Goddess Nacrea had given him. The Temple would be renewed. The land was still sacred.

A few paces away, the spring still bubbled cool water from deep within the earth and spilled into the stream that flowed down to the grassy field below the hill where the temple once stood. Blackened beams and broken stones were strewn across the old temple grounds. What a mess the Jiserians had made of the holy place. But Talis was determined to restore the Temple to its former glory.

He lifted his eyes to where a ray of light beamed down onto the burned and broken City of Naru. So much work remained to rebuild their once beautiful city. And only Master Goleth to help in the casting of the spells of building and creation. He had refused to teach Talis the spells, claiming that his vow to an unrevealed god prevented him from passing on the knowledge without the blessing of the masters of his Order.

Once in Naru, the Builder had seemed reluctant to help them beyond repairing the core structural damage to the larger buildings and temples. In the days that had passed since their return, Goleth’s distracted face told Talis it was time for them to fly south and return the Builder to his family.

“We’ll build a new temple to the Goddess Nacrea.” Mara strode up alongside him and provided a pleasant interruption from his solitude in surveying the hillside. Her hopeful eyes studied him.
Should a new temple be constructed again so soon after they’d built the last Temple of the Sun, or should they wait and let the land rest?
He prayed to the Goddess that the new Temple would stand and remain strong and protect his city.
Unlike the last temple… Was it cursed as Master Viridian had said it would be?

“And build stronger walls to protect her.” Talis vowed to do whatever he could to prevent this kind of destruction against his city. Even if it meant forming an alliance with their once enemies in the Jiserian Empire.
Or seeking out and killing Rikar, wherever he decided to go and hide.
The Starwalkers would come for Rikar, Talis was certain of it. But would they also come and seek revenge against Nikulo for his slaying of the Starwalker known as Jeremiah? Talis doubted it.

“Master Goleth sent me to find you. He’s insisting we leave today for Ishur,” she said, her voice bitter at the Builder’s refusal to aid them any longer in the restoration of Naru. “I sense some secret in the man, as if he’s been contacted by his superiors in the Jiserian Empire. His eyes have completely changed these last few days. They’re dull and distracted as if he’s duty bound to obey his master in Ishur.”

“Perhaps they’ve captured his wife and family and hold them hostage until he returns.” Talis pictured the joy and appreciation on Goleth’s face when Talis had insisted that the Builder return with them to their world.

“I’ve tried asking him if something is wrong, and each time he ignores my question and stares off to the south. I think he truly believes that his family was in a safe place when he left, and I am certain that his conviction has now been shattered.”

“Let’s go find out,” Talis said, and changed into dragon form. Mara mounted on his back and with a quick flapping of his wings, rose high into the sky until the city sped by far below. Soon he landed at the grounds surrounding the Temple of Nestria, the Goddess of the Sky, and he changed forms after Mara had dismounted.

She pointed at a figure far off in the distance standing and studying the southern horizon. Master Goleth had chosen this spot to rest after long days spent reconstructing the critically damaged portions of the city. The first building Talis had asked Goleth to rebuild was the Temple of the Order of the Dawn, and the massive golden dome that was shattered after the assault on Naru by the Jiserians. Since the wizards of the Order had either fled or been killed after the last Jiserian assault, Talis decided to erase the tragedy of the past and start fresh with a new Temple. He planted one of the crystals from Ghaelstrom underneath the temple, and let it grow in girth and power once it was seeded deep in the earth. Now the temple rose some fifty-feet higher than before, and it towered over that part of the city.

Goleth ignored them as they approached, choosing instead to lock his gaze on a bank of black storm clouds off to the southeast. The man’s voice was low and thoughtful as he spoke. “Will the storm affect our flight?”

“I’ve flown through far worse storms.” Talis thought back to the vicious storm that assaulted them on the way to Ghaelstrom. “Shall we leave now, Master Builder?” He intentionally elongated the last word, hoping to prod the man’s integrity at leaving without completely restoring Naru.

“I will return to Naru and help in your reconstruction once I know my family is safe.” Goleth turned to fix fearful eyes on Talis. “By now you have likely guessed that something was amiss. They’ll kill my family if I don’t return within three days, starting with my eldest son first. I don’t know how they’ve found them, I worked so hard to hide them and keep them safe. I must have been betrayed by the few souls that I trusted with my secret.”

“Who is threatening your family?” Mara said, and could see Master Goleth struggle in his thoughts, as if uncertain whether to answer the question. After ten heartbeats the man opened his mouth to speak.

“I won’t lie to you, but the truth will expose you to great danger. Are you sure you want to hear this?” The Builder narrowed his eyes in examination of Talis’s reaction. “I was only going to ask for you to take me as far as a village northeast of Ishur, so as to guarantee your safety and keep a good distance from the danger within the walls of that great and terrible city. Those of Ishur leave Naru alone because they believe the city vanquished. If they were to discover otherwise, you’d once again face the wrath of their necromancers.”

Talis scoffed, wondering why the man thought the Jiserians more of a threat, especially with Aurellia so far away from the world. Were the remnants of his followers any real threat? And hadn’t Aurellia summoned his strongest supporters when Elder Raelles was sent here before the armada had left? Was there any real force of power remaining inside the Jiserian Empire?

“Don’t believe this world is without danger, young mage, for you would be making a grave mistake. I heard the mocking tone from King Valeron in describing our planet. As if nothing of value exists here…” Master Goleth lifted the corners of his mouth in a wry smile. “It is better to promote such a myth and keep the seekers from our land. Aurellia’s master has done much to ensure that this is the case.”

“Aurellia has a master here on this world?” Talis thought back to all the words Aurellia had spoken, trying to remember any hints of his having a master. But he found none in his mind. “How is that possible? All of his followers spoke of him as the Dark Lord.”

Master Goleth issued a small, mocking laugh. “The
visible
Dark Lord to the sorcerers and necromancers of this world. But think about it, if darkness is hidden away in the shadows, then wouldn’t the true master be invisible, concealed behind the curtains and orchestrating all the movement in one grand plan?”

At what must have been Talis’s perplexed expression, Master Goleth leaned in and whispered in a serious tone. “The true master of Aurellia is talked about only in hushed tones by the most senior adherents. He is called the Unknowable, the Nameless, the Bane of Light. It is not even known if he exists in a corporeal state, and perhaps is he merely a being that lurks in the depths of some dark place. Where the Nameless exists in this world is not known to me. I cannot speak a word more of this, as I’ve already said too much. Though from your face I can see you will now heed my original warning. Do not underestimate the danger. You lack the power and knowledge and mental fortitude to withstand the forces of the Nameless.”

The Burden of Power: Countdown to Iraq - The Alastair Campbell Diaries by Alastair, Campbell
Wexford 14 - The Veiled One by Ruth Rendell
The Wise Man's Fear by Patrick Rothfuss
The Summer We Came to Life by Deborah Cloyed
Zombie Outbreak by Del Toro, John
Top Secret Twenty-One by Janet Evanovich
Death at the Alma Mater by G. M. Malliet
More Ketchup Than Salsa - Confessions of a Tenerife Barman by Joe Cawley
Beast by Peter Benchley
Branded by Jenika Snow
Our partner