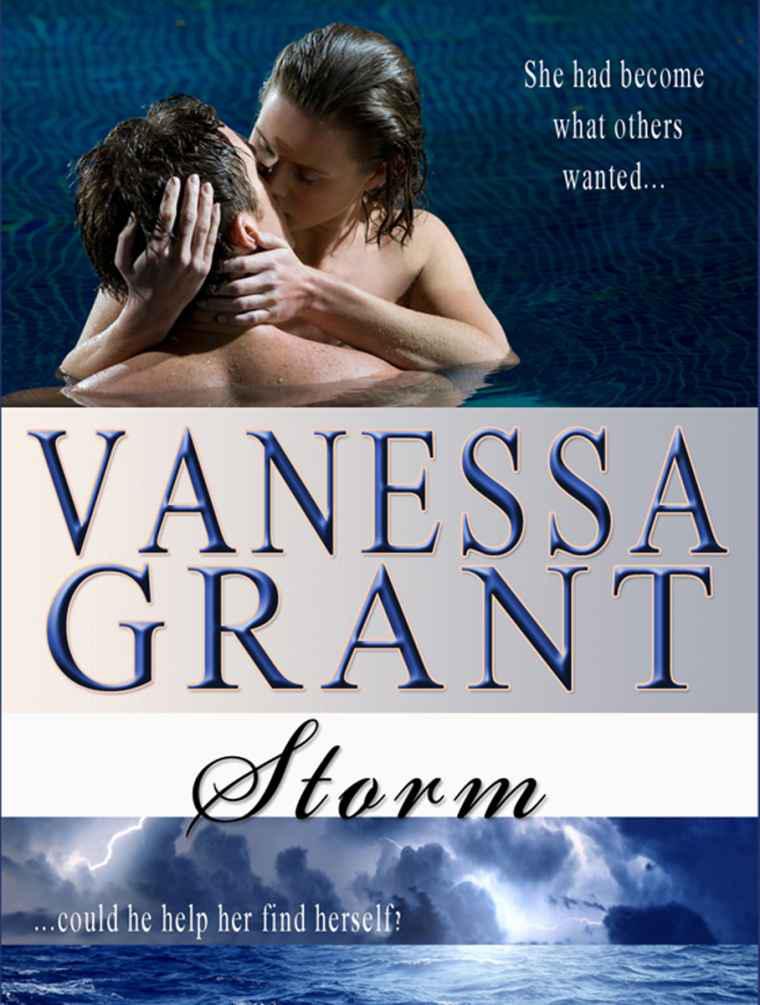 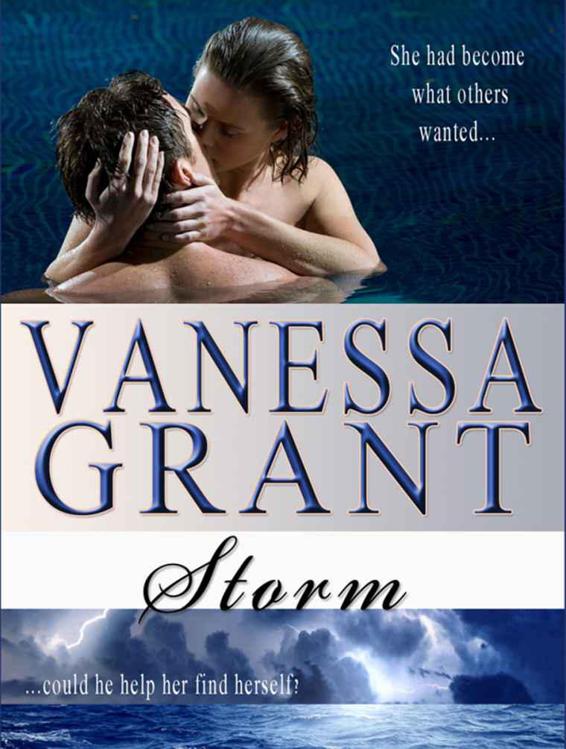 Copyright © 1985, 2011, by Vanessa Grant. All rights reserved under International and Pan-American Copyright Conventions.

Broadcaster Laurie Mather wanted desperately to be aboard Luke Lucas's seaplane when he flew out on a search-and-rescue mission off the treacherous coast of Haida Gwaii—for professional reasons, but also for deeply rooted personal reasons.

But when she pressured Luke into accepting her presence, she had no idea that she was Luke's private fantasy, a warm living voice he listened to on lonely flights—but one he had no desire to turn into reality.

When Laurie succeeded in talking her way aboard Luke's plane, she had no idea that her life was about to be changed forever.

Storm
is my second novel, the story of Luke and Laurie falling in love on the magical islands of Haida Gwaii in British Columbia. Luke and Laurie have always had a special place in my heart, and the storm that drew them together symbolized many coastal adventures I've shared with my husband.

When I wrote
Storm
, I set the story on the Queen Charlotte Islands of British Columbia, islands originally named after the wife of the British King George III without regard to the fact that the indigenous First Nations had already named their islands. In 2009 the province of British Columbia signed a historic reconciliation agreement with the Haida Nation, and the islands were renamed Haida Gwaii. Because the romance in
Storm
is so much a part of the heritage of Haida Gwaii, I wanted to bring the story forward into the 21
st
Century.

In bringing the islands forward to the present day, I've taken artistic license with regard to logging on Lyell Island. A few years after the book was originally published, a national park was established and the Gwaii Trust was given the task of managing the forests. Because logging itself is not central to the story, I've taken the artistic license of leaving the logging camp on Lyell Island.

Luke scanned the harbor ahead for logs and other hazards as water rushed through between the floats of his Beaver seaplane.

The motion of a bumpy takeoff smoothed and the plane skimmed lightly along the wave tops. Then, between one wave and the next, the wings lifted and flight began. The sensation still thrilled him after years of flight as daily routine.

He banked the seaplane gently, turning north, and then adjusted controls for an easy, steady climb, and spoke into his microphone.

Luke pushed a hand through his sun-bleached hair. "I'm northbound over Lawn Point, Barry. The storm is still holding off to the south. My ETA at Massett is 13:00, twenty minutes ahead of schedule."

"Roger that, Luke. I've got a party of three for Cape St James. Who shall I send?"

"Willie can take them in the new Cessna. The weather should hold long enough. Warn him to keep to the open water and stay out of those passages."

Luke signed off. With the radio silent, he was alone high above the world. Below him, Graham Island stretched towards Alaska. On the west coast of the island, he knew the open Pacific Ocean would be crashing storm waves against the mountains. Here on the east coast, the Hecate Strait—sixty miles of water notorious for sudden and dangerous storms—separated the islands of Haida Gwaii from the mainland west coast of British Columbia.

Allegro ma non troppo by Carlo M. Cipolla
What Einstein Told His Cook by Robert L. Wolke
The Prophecy (The Guardians) by Owens, Wendy
The Posse by Tawdra Kandle
Reckonings by Carla Jablonski
When They Come from Space by Mark Clifton
The Third Throne: Angel of Darkness by Tabitha Barret
The Nanny's New Family (Caring Canines) by Margaret Daley
Divide and Conquer by Carrie Ryan
Extreme Medicine by Kevin Fong, M.D.
Our partner