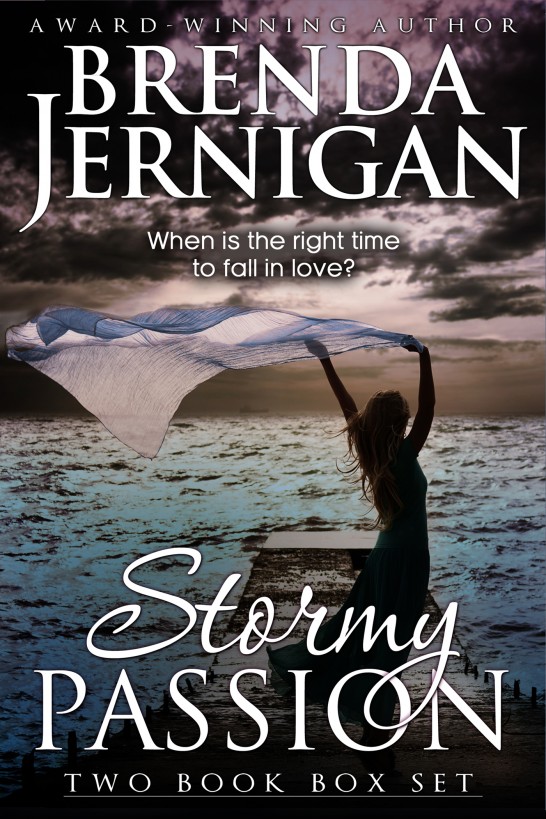 Without limiting the rights under
copyright(s) reserved above and below, no part of this publication
may be reproduced, stored in or introduced into a retrieval system,
or transmitted, in any form, or by any means (electronic,
mechanical, photocopying, recording, or otherwise) without the
prior permission of the copyright owner - Brenda Jernigan

This is a work of fiction. Names, characters,
places and incidents either are the product of the author’s
imagination or are used fictitiously, and any resemblance to actual
persons, living or dead, businesses establishments, events or
locales is entirely coincidental.

The scanning uploading, and distributing of
this book via the internet or via any other means without the
permission of the copyright owner is illegal and punishable by law.
Please purchase, only authorized electronic editions, and do not
participate in or encourage electronic piracy of copyrighted
materials. Your support of the author’s right is appreciated

DANCE ON THE WIND

WHISPERS ON THE WIND 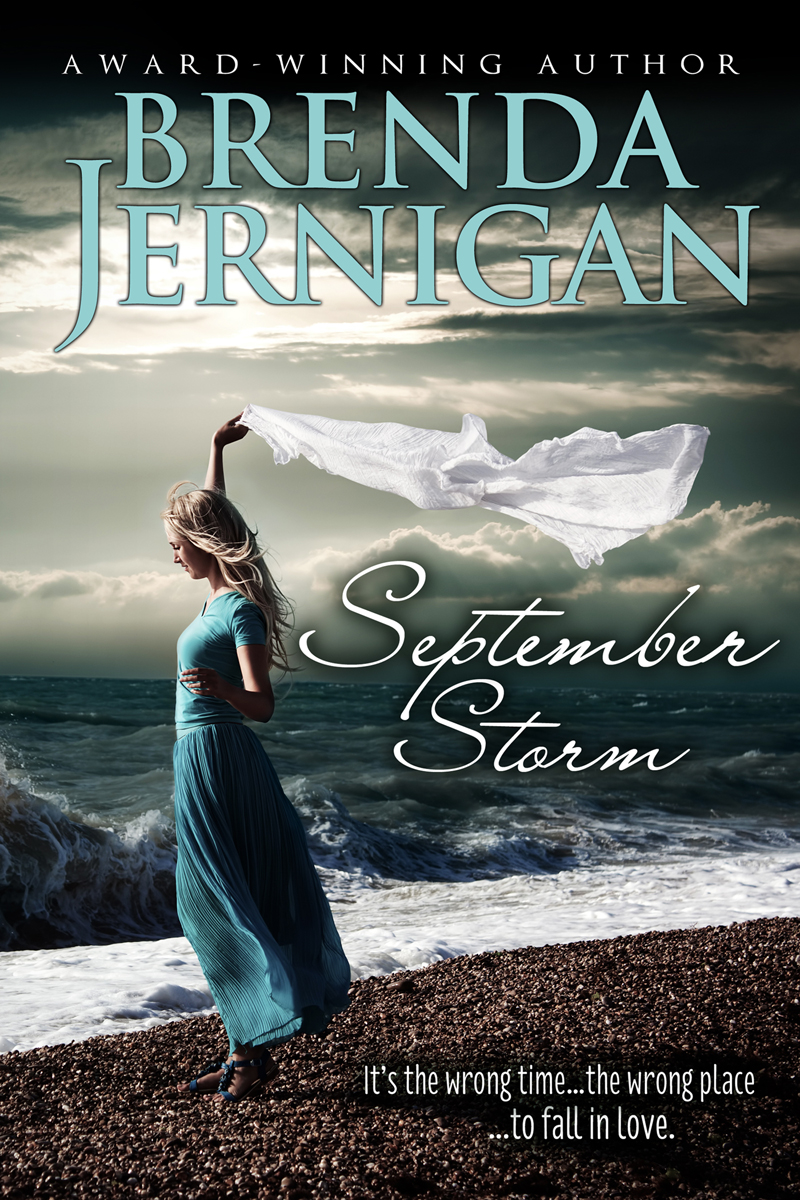 Danielle Kapur was sick of her life.

Every day it was the same old thing . . . get
up, go to work, come home, eat dinner, then go to bed so she could
start the routine all over again. There just had to be more.

Therefore, she’d made a decision.

So she was being stupid . . . real stupid,
but the way Danielle saw it, it wasn’t the first time she’d done
something stupid and it probably wouldn’t be the last.

The phone’s sharp ring finally broke into her
thoughts. She knew who was on the other end even before she said,
“Hello.”

“
I, for one, can't believe
you're going to do this,” Susan Cross, her best friend and nag
said.

“
No!” Danielle cut her off,
speaking a little louder than necessary. “I've not forgotten that
Steven has been out of the country for eighteen months. And that a
zebra never changes his stripes.”

“
You mean a leopard never
changes its spots,” Susan corrected her as she always did. “And
thank you for not making me say it first.”

“
Are you finished with the
lecture?”

After a moment of silence, Susan asked,
“Where are you going?”

“
We're meeting at a little
island off the coast of North Carolina called Sea Horse Island.
He's rented a house there. It will be just the two of us for a
romantic weekend. After all, I've never officially given him his
ring back, so it will be a good time to discuss our future and
where this relationship is going, if anywhere. I've changed this
past year, Susan. I won't let Steven walk all over me like he has
in the past.”

“
Oh, please ... You know
you're deaf, dumb and blind where that man is
concerned.”

Dani hung up without answering. She zipped
her black leather bags closed, then slung the garment bag over her
shoulder, and left the bedroom, pulling her wheeled carry-on behind
her. She made a last stop by the kitchen to make sure everything
was turned off and to get a glass of water for her motion sickness
pills and a Valium that Susan had given her awhile back when she
had been anxious. A definite must. Quickly, she swallowed the
tablets. This was one flight she wasn't going to throw up on.

She was looking forward to leaving San
Antonio and her job behind. Reaching for the doorknob, she paused
and prayed she was doing the right thing, because she'd done some
pretty dumb things in her twenty-six years, and she hoped this
wasn't one of them.

Adrian Massimino finished unpacking his
luggage. He stood the suitcase in the closet, then went over to the
glass doors and slid them open, letting in the wonderful ocean
breeze. He inhaled the tangy salt air and smiled. Yes, sir, this
luxurious beach house was complete with every modern amenity and
was well worth the two million dollars he'd paid for it.

It was his escape. His hideaway.

Adrian poured himself a drink, then wandered
out onto the deck that overlooked the Atlantic Ocean. The wind felt
good, but dark clouds gathering on the horizon caught his
attention. This was typical of how his life had been going lately
... a beautiful new home, white sandy beaches, and it was going to
rain like hell all weekend.

He rubbed the back of his neck, trying to
remember the last time he'd heard the weather report. Lately, he
had been so busy revamping the headquarters of the latest
acquisition of The Mass Corporation, the holding company he owned
and worked with his life-long friend, Marty Townsend, that Adrian
had forgotten to take time out for himself. Perhaps that was the
reason his last girlfriend had decided to date someone else on the
side. And he knew
that
was the reason he'd sent her packing,
though he'd lost interest in her long before she left.

It was the same old story. He'd find a woman
he liked, and things would be fine for the first few dates, then
she'd find out he had money, after that, it was all downhill. She’d
try just that much harder to please him and he'd lose interest. He
wanted to be more than a meal ticket. He wanted someone to see him
for himself, not his bank balance. He didn't believe in fairy
tales. His wife had killed his belief in anything. He'd been
separated from her for two years, and soon the divorce would be
final.

Adrian took a swallow of rum and Coke,
letting the smooth liquid glide down his throat. What a way to
spend his thirty-ninth birthday. Alone. Well, not exactly alone, he
amended. He placed his glass on the rail and chuckled as he looked
out at the slate-gray waves rolling onto the beach below him.

He withdrew a note from his short’s pocket.
It seemed his good buddies, knowing that he'd sworn off women, had
decided to give him a no-strings-attached birthday present: a
night's pleasure with a very expensive call-girl.

They had been sneaky about slipping the note
into his suitcase, explaining that they had checked everything out,
including her health record. Marty knew damned well there were no
phones at the beach, and that way Adrian wouldn't have a chance to
say no. This island was the perfect escape: no phones, no TV and no
cars. If you went anyplace on the island, it was either by golf
cart or bike.

Adrian sipped his drink. He'd give the woman
some money for her trouble and send her on her way.

Then again, it might be refreshing not having
someone ask about his financial status and what he thought about
long-lasting relationships. After all, wasn’t she just like the
rest of the women he’d dated? She was just a little more up front
about her price. And more economical, too, he thought wryly.

Love was an emotion for fools, he decided.
And he wasn’t going to be a fool. Not again.

The rise and fall of the waves mesmerized him
as always. The sea didn't look rough yet. Maybe the storm front
would bring nothing more than a brief thunderstorm and the rest of
the weekend would be white sands and warm breezes. He finally felt
his muscles relax as the sea's rhythms worked it’s magic on
him.

Indian summer days and September storms, God
how he loved them!

The taxi dropped Danielle off in the middle
of nowhere. And she did mean nowhere! The road actually stopped at
the water’s edge. “You don't understand. I need to go to Sea Horse
Island,” she informed the driver with what she hoped was her most
intimidating voice.

“
That's the way you get
there, ma'am. You stand at the dock and a ferry will take you over
in about fifteen minutes. Unless you'd rather swim,” he said as he
got out of the cab and held the door open for her.

Well, so much for intimidating the driver.
“Are you sure?”

“
Yes, ma'am. Looks like you
made it just in time to catch the last ferry. See.” He pointed.
“It's coming.”

Danielle looked in the direction the cabby
pointed and saw the lights on a boat heading their way. “Isn't
there a road? Can't we just drive over?”

“
Nope.” He shook his head
as he set her luggage on the ground. “The only way to get there is
by boat, lady. And if you don't hurry, you ain't going to get there
at all.”

Danielle slipped the cabby some money,
collected her bags, and trudged along the dock. She found the
ticket booth and bought a voucher to the island. “Aren't there any
other passengers?” she asked the lady in the booth.

“
Afraid not, sweetie. Not
many people on the island this time of year. ‘Sides which, most of
our residents got worried about Hurricane Felix.”

“
But they said it was
turning away and wouldn’t hit the East Coast,” Danielle
said.

“
That’s what they say.” The
woman nodded. “Let’s hope those weather men are right.”

When the ferry docked, Danielle boarded the
boat and ambled over to an empty bench where she deposited her
suitcases and slumped down on the wooden seat. She was a little
tired and her head was spinning. She reached for her pills again
and held up the box so she could read the fine print. “I took one
before I boarded, one when I got on the plane and another one when
I landed in Atlanta.” She turned the box over until she saw the
recommended usage:
take one
or two pills for all day
relief
. “But I’ve always taken that many, she thought.

However, this time she felt different. Of
course, the booze hadn’t helped either, she reminded herself.

Her plane had been two hours late, and she'd
run like hell to catch the next flight. Her nerves had been
stretched so tight she'd indulged in a Rum and Coke on the plane.
Then the plane had hit an air pocket and she’d gulped another
drink. For someone who really didn't drink very much, she'd found
the instant relaxation wonderful.

For a little while she'd stopped asking
herself the thousand questions that ran through her mind. Would
Steven come to meet her? Would he be at the docks when she arrived?
Did he still love her?

Her tired mind had become a movie projector,
constantly rolling film clips of her life with Steven. And some
were not very pretty.

The boat jerked. She clutched her seat as the
ferry backed away from the dock. At least the sudden motion stopped
the questions from tumbling through her mind.