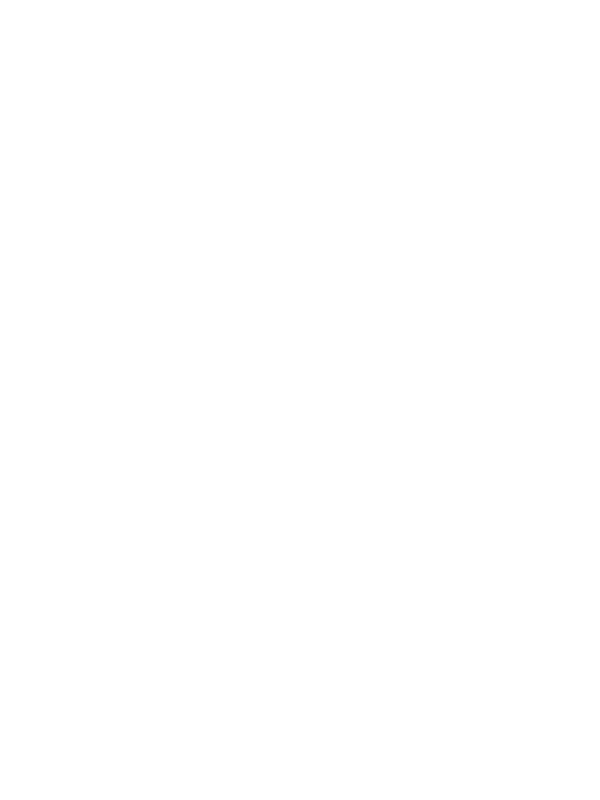 Requests for permission to make copies of any part of the work should be
submitted online at
www.harcourt.com/contact
or mailed to the following address:
Permissions Department, Houghton Mifflin Harcourt Publishing Company,
6277 Sea Harbor Drive, Orlando, Florida 32887-6777.

This is a work of fiction. All the names, characters, and events portrayed
in this book are the product of the author's imagination. Any resemblance
to any event or actual person, living or dead, is unintended.

Week One
1. A Carefree Evening

She sailed across the backyard in a graceful arc, ten feet above the dirt, rising over the fence at her apogee near the kitchen window and dipping below it at her perigee near the back gate.

Kate's uncle George, a slight, bespectacled boy, ran along the ground below her like a disembodied shadow. He had a length of rope tied around his waist. It ran up to a system of pulleys that were screwed deeply into the oak branch, threading through them and connecting, finally, to Kate. He was Kate's ballast, scurrying back and forth beneath the big oak branch, grunting and tugging in contrast to her effortless aerobatics.

He called up to her, "How does the bodice feel?"

Kate thought for a moment about the Velcro-and-wire brace wrapped around her body. "It's killing my armpits on the turns," she shouted, "but it's worth it! I'm flying, Uncle George. I'm sprinkled with fairy dust and I'm flying!" Spontaneously she broke into the first big number from
Peter Pan,
lustily singing "I'm Flying."

As she sang, Kate dipped one arm and one leg left, executing a smooth glide across the length of the yard and then back again. Her auburn hair wafted on and off her forehead, and her green eyes shone in the sunset.

Theirs was an unusual, although not unheard of, family arrangement. George and his parents, Kate's grandparents, lived in one-half of a gray-shingled duplex, with this fenced-in yard, while Kate and June lived in the other half. This is how things had always been, for as long as George had been alive.

George was red and sweating when he called up, "Let's try a landing."

"No," Kate shouted back. "Please, Uncle George. Let me sing 'Never Never Land,' and then I'll come down."

George paused for a moment to check his invention. The pulleys were still securely attached to the tree. The rope was gliding smoothly through diem. The bodice was a good fit, except for Kate's armpits. With a satisfied nod and a sigh, he took off running once again as the warm early-September evening faded slowly into dusk.

With each move, Kate gained more confidence dancing on the air, coordinating her arms and legs in sweeping jetés, grand gestures for the audience in the back row of the Lincoln Middle School auditorium. That was where, in two months' time, she hoped to be starring in the fall production of
Peter Pan.
But for now her performance was for George alone.

Kate and George's duplex sat in a row of such double homes. Most were occupied by two unrelated families, and their facades clearly demonstrated this. Home owners up and down the street painted their front porches in colors that seemed deliberately at odds with their next-door neighbors'. But that was not the case at Kate and George's house. Their front and back porches extended from one side of the duplex to the other in uninterrupted gray.

The back porch sagged slightly as a plump, muscular woman stepped onto it. She wore bright red boots, a yellow cowgirl dress with red stitching, and a white cowgirl hat decorated with a multitude of feathers, mirrors, and sequins.

She was joined by a thin, craggy-faced man. He was dressed all in black, from his boots to his hat. His black shirt, however, had yellow stitching in a pattern similar to the woman's red stitching.

The two stood together, tapping the heels of their boots lightly and surveying the scene in their backyard, not the slightest bit surprised by what they saw. Their granddaughter, Kate, was flying through the air and singing, and their son, George, was huffing and puffing beneath her, keeping her up in the air with some crazy contraption that he had probably just invented.

The woman smiled wide, held up a letter, and let out an earsplitting whoop. The man joined in, whooping along with her, startling George and snapping Kate out of her happy reverie.

George stumbled and fell, catapulting Kate into a wild arc over the garbage cans toward the trunk of the tree. She quickly pulled her legs in and managed to bounce off the tree, unharmed, while George struggled to his feet.

The man beckoned. "Come on, Georgie. Come on over here and look at this letter."

Kate snarled at them. "Ma! Pa! George is attached to me right now."

Ma laughed. "Then get yourself unattached, Georgie, and get over here."

George had by now strained his small body to the limit. "Kate," he panted, "I'll let you down."

George looked at his parents and back to Kate in despair. "You heard them. I have to go."

"Fine. Then go. Just let me swing back and forth."

Kate completed two slow passes over George's head, then told him, "Tie me to the railing."

George carefully undid the rope around his waist and struggled to tie it to the porch railing. Kate was now confined to a small arc, but she stubbornly continued to practice her moves.

Ma waved the letter high. "Georgie! This letter says that you are a genius and that you are invited to go to the genius school, right here in town."

Pa echoed, "Right here in town, son, down at the Whittaker Building. They got a school for geniuses just like you. Did you know that?"

"It's called the Whittaker Magnet School, Pa. We all had to take a test for it."

Ma started to whoop again. "You sure did! And you passed it!"

"Not for long, though. Eh, Georgie boy?"

"Then you'll be going to a genius college."

"No, then I'll be going to seventh grade."

George's parents doubled over in laughter at that remark, so he turned to check on Kate. Her momentum had wound down almost completely. She drifted slowly in place above the yard. George shook out his arm muscles, took a firm grip, and began to unknot the rope.

The door to the other side of the house opened, and a thin, bony woman with unnaturally bright blond hair walked out onto the porch. Next to her overdressed parents, she looked particularly drab in a shapeless blue housedress.

"Lookit here, June," her mother said, pointing at the letter in the fading light.

June muttered, "I didn't bring my glasses. What does it say?"

"It says your brother, George, passed some big test and he's going to that genius school in town."

June looked at George and told him, "Congratulations."

That set George's parents off again. They danced back into the house, making a syncopated sound with their boots.

June looked out at her daughter, Kate, who had by now come to a complete halt. June slowly reached into the housedress and pulled out an identical envelope. "Kate," she said quietly, "you got a letter, too."

Kate's jaw clenched, and her eyes focused in on the envelope.

George's hands froze in their effort to untie the rope. He and June stared up at Kate hanging limply in the fading light, like a fairy who had run out of flying dust.

"Get me down! Get me out of this thing!" Kate snapped at George.

Her mother asked, "What is this about, Kate?"

Kate's arms and legs flailed outward, like an angry marionette. "How am I supposed to know what it's about? I'm hanging in a tree!"

George told his sister, "It means we've both been accepted into the Whittaker Magnet School, June. It's an experimental, college-prep charter school."

"Where is it?" June asked, a quaver in her voice.

"It's in the Whittaker Building downtown. Along the river."

"It
is
the library, June. It's in the same building. The Whittaker Building, that big brown thing."

The rope suddenly slipped through George's hands, burning his palms. Kate's feet dropped to the ground and she pitched forward, breaking her fall with her hands and elbows. She pushed herself up, then clapped the dirt away and struggled to unstrap the bodice.

When she spoke, it was directly to George. "It doesn't matter where it is. We're not going there." She rolled up the Velcro-and-wire outfit and deposited it in his arms. Then a thought occurred to her. "You don't want to go there, do you, Uncle George?"

George hesitated, then smiled. "No. I hear it's all geeks and nerds like me. And, anyway, if I change schools now, I'll miss all those kids who've been picking on me for six years."

Kate looked down into his bespectacled eyes. "Listen: It's okay if you want to go there. I'm just telling you that there's no way on earth I'm going there. I am going to Lincoln Middle School."

George stashed the bodice and the length of rope in a metal utility shed along the fence. Kate watched him suspiciously. "Anyway, I thought you had invented the flying machine for me, for
Peter Pan.
"

"Well, Lincoln is the school that's doing
Peter Pan
this year. If you don't go to Lincoln, you can't be in the Stagecraft Club and we can't use the flying machine. Is that what you want?"

George exhaled loudly. "No, that's not what I want. But maybe the Stagecraft Club isn't my ultimate dream, either."

June spoke up. "You should do what you want to do, George."

Kate shot an angry look at June. Most of Kate's looks at June were angry ones. Kate bitterly resented that her mother seemed fearful of everyone and everything; that she was unable to look people in the eye; that she always left it up to Kate to solve their problems. For this last reason, specifically, Kate no longer addressed her as "Mom." Instead, like everyone else, she called her "June."

Kate turned away so that June disappeared from her field of vision. She told George as reasonably as she could, "That's right. You should do what you want to do. And you don't have to run the flying machine, you know. Maybe somebody heavier, in fact, would give me more ballast. You could actually be
in
the play. "You could be one of the Lost Boys or one of the Darling children.
You
could be the small one. His name is Michael."

Balance of Power by Stableford, Brian
Chosen by Chandra Hoffman
While You're Away by Jessa Holbrook
I Dream Of Johnny (novella) by Madison, Juliet
A Love Worth Waiting For and Heaven Knows by Jillian Hart
The Mer- Lion by Lee Arthur
Call If You Need Me by Raymond Carver
Unconquerable Callie by Smallwood, DeAnn
Christmas Spirit (The Middle-aged Ghost Whisperer Book 1): (Ghost Cozy Mystery series) by Morgana Best
Blood and Betrayal by Buroker, Lindsay
Our partner