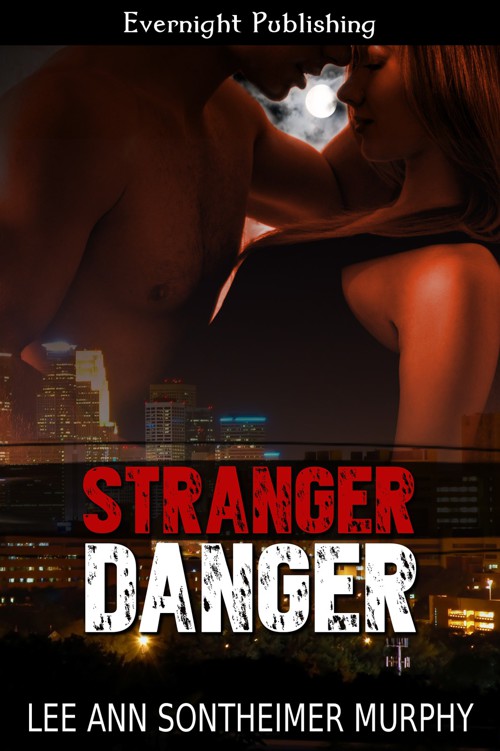 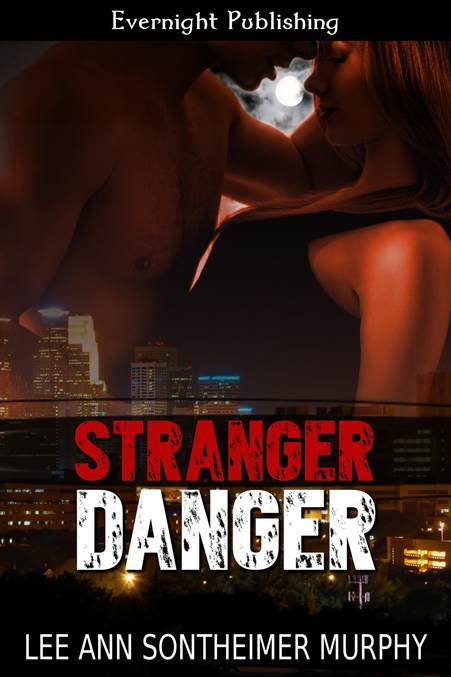 Thanks to
all the family and friends who supported me while writing Stranger Danger and
special thanks to Carl for being a wonderful friend through some difficult
times and to my brother-in-law, Randy who owns the real world version of my
characters short-term
hideway
.

The drab
brown façade of the apartment building, one of six units, loomed and seemed
somehow ominous.

He counted the windows
and came up with unlucky thirteen.

Was
it an omen? He wondered and then rejected the notion. Santiago didn’t need a
sign to remind him he’d run out of luck.

If his situation wasn’t dire, he wouldn’t be here or consider contacting
her, but he had nowhere else to go.

He
hated to involve her and wasn’t even sure she’d help.

Hell, he doubted she’d recognize him after
fifteen years.

His immediate goal,
however, was to keep breathing, and if he didn’t find a hiding place soon, his
chances of staying alive would be zero.

When he came out of the trees behind the apartment
complex and followed the sidewalk past the other buildings, he did his best to
amble along as if he were just a guy going about his daily routine.

As far as he could tell, no one saw him as he
ducked inside Building 2.

After a
momentary pause and quick prayer to any deity who might be tuned in to listen,
he hurried up the stairs and rapped on the first door on the second floor with
more force than he intended.

Somewhere he heard the unmistakable sound of vintage
country music, a baby bawling, a pair of voices rose in strife, and the dull
drone of a news broadcast.

If
she didn’t hurry, he might be seen,
then
he couldn’t
stay.

He steeled himself
to smile as he waited, fidgeting,
knees
trembling, for
her to open the door.

Feeling as washed out as her favorite faded blue
jeans, Sara English poured a third cup of coffee. This was something she seldom
did but today she needed the caffeine high to face another Monday.

Sometimes she wondered why she bothered to
crawl out of bed and stumble through another mundane day.

It’d be easier to curl up and sleep.

Then she wouldn’t have to worry or think or
go to her florist shop, Posies and Pretties.

Although she loved her place, business had never been what she’d
expected and these days, she struggled to pay the overhead, let alone make a
profit.

Maybe I’ll cheer up at the shop
.

Despite everything else that had gone awry in her life, she loved bright
blossoms and flowers.

Her stock included
other beautiful items, collectibles, a bit of jewelry, and fine glassware.

She rejected a toasted English muffin for breakfast
and reached for two Oreo cookies instead.

Sara took them apart and licked the white frosting between the chocolate
halves the way she’d done as a kid.

Then
she drank another cup of coffee and headed down the short hallway to brush her
teeth.

After pulling her hair back into a tight ponytail,
she put on minimal make-
upa
touch of blush, and
lipstick.

With a sigh, she picked up her
purse and the folder with store accounts she’d brought home from the table and
started toward the door.

Someone knocked on it with force.

Pounded
,
she thought,
would be a better
description
.

“Hold on a minute,” she
called.

The teenagers who lived three
doors down sometimes bummed a ride from her in the morning.

No one else ever showed up this early, so she
grabbed her keys and opened the door.

Her voice trailed into silence.

A man stood in the hallway instead of Shiloh
and Shasta.

He was a stranger, no one
she knew, with grungy clothes, long hair stringing across his shoulders, and a
two or three day growth of stubble.

Sara
blocked the half open door and put her things on the table beside it.

“I don’t know what you want or what you’re selling,”
she said in a firm tone. “But I’m not interested.”

“Wait!” He lifted one hand and caught the edge of
the door.

His body odor, sour and sweaty,
filled her nose and she frowned.

Some
homeless guy begging for a handout first thing in the morning was way too much
to bear, but she wasn’t daunted or afraid.

Growing up in East LA had made her tough. “Beat it,
hombre
,” she said. “You’re not welcome here.”

The man lifted his face, and his eyes met hers, blacker
than sin and darker than night.

Sara
stared back, moved despite herself.

An
odd sense of familiarity prickled, although she’d swear she’d never seen this
man before.

She recognized his voice, would’ve known it
blindfolded.

Stunned, Sara stared. She peeled
away the layers of facial hair, erased the grime, and factored in the
years.

She recognized him now and
wondered why she hadn’t on first sight.

Once, he’d been as close to her as anyone.

Once, she’d known him better than her own
soul, and now she spoke his name without thought. “Santiago!”

He answered in the Spanish of his youth, a tongue
she knew too although she wasn’t Hispanic.
“
Si, la muñequita.”

No one but Santiago Ruiz had ever used the
nickname. He belonged, however, to the old life, to East LA, to California, not
her new life in Bentonville.

“What are
you doing here?” she asked.

A door creaked open down the corridor and a burst of
laughter echoed.

Before Sara could
react, Santiago pushed through the half-open door, shut it, and locked it. He
dropped a worn canvas backpack onto the floor.

Flabbergasted, she stared at him.

“What’re you doing?” she said, half angry.
“You show up at my door looking like hell, stinking like some gnarly refuge
from a homeless shelter and shove your way inside? What gives, Santiago?”

Until now, she hadn’t noticed the way he was panting
or how agitated he seemed.

He pulled her
against him, wrapped his arms around her, and kissed her, hard and deep.

His lips burned unholy fire against her mouth
and against her will, every nerve ending in her body sang a rock and roll tune.

His tongue forced entry into her mouth and he
French kissed her until she couldn’t breathe.

Heat erupted and spread all the way down to her toes.

A dizzy sweetness rushed her veins until his
rank stench offended her nose so much she broke free.

What was that, anyway?”

I didn’t plan to kiss you.

Her legs trembled, unsteady enough that she decided
she should sit down.

Sara settled into an
armchair with a sigh. “What’s going on? Why are you here? And what’s happened?
Are you homeless or what?”

His eyes pierced her composure with the keen stare
she remembered well. “I’m not homeless although I probably look and smell the
part.

I’m in danger, Sara. I wouldn’t be
here if it wasn’t serious, but I didn’t have anywhere else to go. I don’t know
anyone I can trust in Bentonville except you.”

Fractured Soul by Rachel McClellan
A Perfect Love: International Billionaires VI: The Greeks by Caro LaFever
When the Dead Awaken by Steffen Jacobsen
Whatever the Price by Jules Bennett
See You in My Dreams: Speed, Book 1 by Jess Dee
To Save You by Ruiz, Rebeca
Because We Are Called to Counter Culture by David Platt
Dust to Dust: A Broken Fairy Tale by S. P. Cervantes
Ms. Todd Is Odd! by Dan Gutman
Triumph and Tragedy in Mudville by Stephen Jay Gould
Our partner