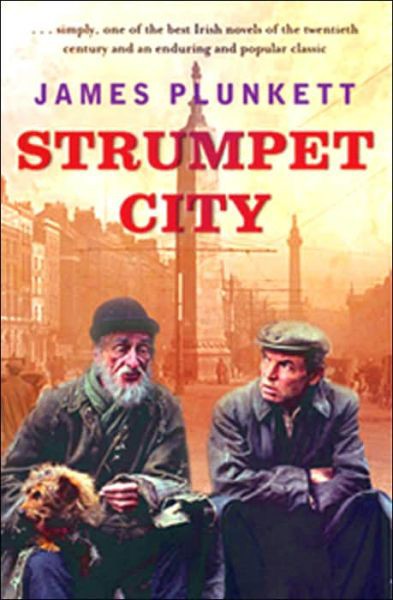 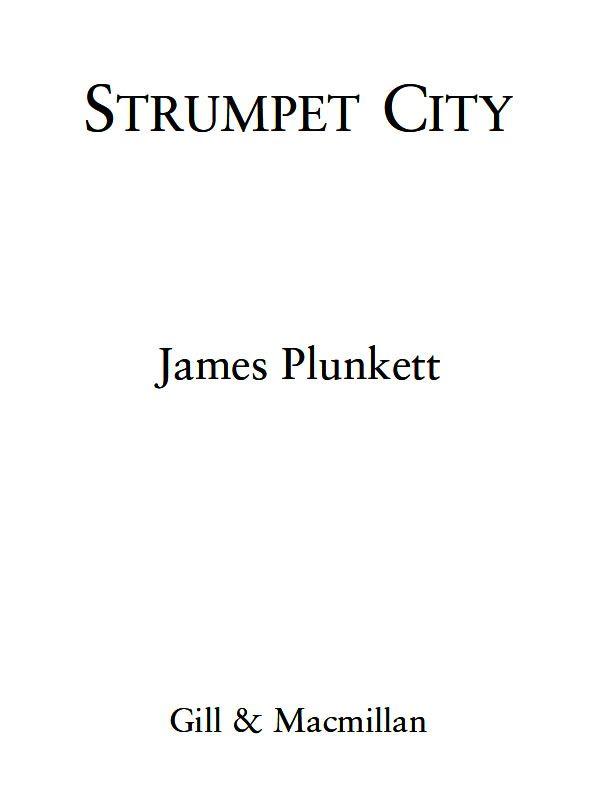 Speaker: Shall we sit down together for a while? Here on the hillside, where we can look down on the city . . .

Strumpet city in the sunset

So old, so sick with memories

Some they say are damned

But you, I know, will walk the streets of Paradise

At 3.15 a.m., with spectral quiet, His Majesty’s yacht
Victoria and Albert
approached the harbour mouth and lay to. And at half past six, with the first light, the workmen had finished. They looked with some pride on the result of their labours. The floral arch was ready for the disembarkation. It stood mute and beautiful at the harbour mouth, its green leaves stirring a little in the dawn breeze, its crimson and gold banner announcing the warm welcome of the citizens with the words,

‘Come Back To Erin

From the gardens by the shore and from the garlands entwined about railings and lamp-posts throughout the town of Kingstown the wind stole the sweet breath of thousands of flowers. It had been a tender July night, calm at sea, warm on shore. Now that dawn had come they could see the fluttering pennants of the battleships, the three-stringed bunting about the clubs on the waterfront, the greenery and flowers entwined about the masts of the private yachts, the crimson and gold banners overhanging the sides. In contrast, the landing stage was dressed in St. Patrick’s Blue and Cream.

They went up through the town, under bunting and streamers, Japanese lanterns and fairy-lights, thousands of coloured gas-lamps. The workmen were tired. Their boots made an early-morning din. Their tongues were silent. They wanted their breakfasts.

Mary peeped from her bedroom window and saw them pass. Then she looked down the street and felt a thrill of excitement. She hoped to have the day off, because Mrs. Bradshaw had said either she or Miss Gilchrist, the cook, could take a free day in honour of the occasion. Miss Gilchrist had said she would refuse. She had political views and did not approve of British royalty. Mary’s difficulty would be to contact Fitz and tell him. They could look at the procession to the Viceregal Lodge and perhaps visit the prison ship which was lying at Custom House Dock. The advertisements said it was one hundred and seventeen years old, with cells on it and lifelike wax figures of prisoners. Mary was not sure that she would care much for that. But if Fitz was with her she might chance the visit.

She dressed quickly. She was not quite sure what shift Fitz was on, but she had left a note at the sweetshop to say that she would be off if Miss Gilchrist did not change her mind. They used the sweetshop as a post office. Fitz called out from the city when he was free and if there was no note he went off swimming at Seapoint. It had been hard to arrange meetings at first, because Fitz worked six twelve-hour shifts a week. Sometimes he was on night work and other times on day work. She had found it necessary to pretend that she had an aunt in the city in order to get out more frequently to see him. It was easy enough to deceive Mrs. Bradshaw about it. She was kind and prepared to be lenient if it helped Mary to make occasional visits, especially as Mary had said that the lady was old and delicate. She had not so far asked why Mary’s father, in his occasional letters about his daughter’s progress and welfare, had never mentioned the aunt, but the possibility that it might one day occur to her to do so had to be considered. The thought sometimes troubled Mary, but never for long. She was young, she was learning a job, she was happy to have swapped her father’s small farmhouse in County Cork for the luxury of serving in a large residence in the fashionable township of Kingstown. The Bradshaws were not demanding.

Mary knocked at the door of the Bradshaws’ bedroom at seven o’clock. They wished to breakfast early and to view the proceedings from their window. She prepared the breakfast room and was drawing the curtains when the door handle turned and a gentle voice said:

It was Mrs. Bradshaw.

‘Tell Cook to have the tea especially strong this morning. Mr. Bradshaw had a most restless night.’

‘Yes, ma’am,’ Mary said. As she turned, the light fell full on her face, so that Mrs. Bradshaw smiled and remarked:

‘You look very pretty this morning. And such a lovely colour in your cheeks. I expect it is the excitement.’

Mary inclined her head modestly, letting her dark hair swing down against her cheeks.

‘Have you and Cook decided between you who is to have the day off?’

Mrs. Bradshaw acknowledged the correction. She was a short, grey woman of about fifty. The one child of her marriage had died when he was three. Nature had refused to repeat the experiment, which was a great blow. But it had taught her what it was to suffer and it had given her patience and understanding in her dealings with others. She said:

‘I’m glad it’s you. You’re young and will enjoy it. Besides, you will probably find time to visit your aunt.’

Mary coloured a little but Mrs. Bradshaw did not notice. She was peering through the window. Mary slipped out. Mrs. Bradshaw found that the sky was overcast. That was a pity. If it rained it would be such a disappointment to the Kingstown Decoration Committee.

The kitchen had a large window to compensate for the fact that it was a little below the level of the garden. Miss Gilchrist, the cook, prepared two portions of fresh fruit while Mary waited. In addition there was a liberal dish of liver and bacon and eggs for Mr. Bradshaw, who had the habit of dining more heartily than his thinnish frame would lead one to suppose. For Mrs. Bradshaw, who had never taken meat on Wednesdays since the death of her child, there was toast to go with her lightly boiled egg.

‘She was asking again about which of us was taking the day,’ Mary said, while she waited.

‘I told you last night,’ Miss Gilchrist said, ‘I’ve more to do than stand gawking at King Edward.’

‘The decorations are wonderful,’ Mary said. ‘I was looking down at them from the bedroom window.’

‘And you can tell herself that if she doesn’t know my feelings on the subject of King and Empire by this time she damn well ought to, seeing I’m over thirty years with her.’

‘I couldn’t very well say that to her,’ Mary said, laughing.

‘What difference does it make, whether he is nor not?’

‘You call yourself an Irishwoman, and you ask a question like that.’

‘Ah, it’s only a bit of excitement,’ Mary said, because she saw that Miss Gilchrist’s hands were trembling and her cheeks flushed with suppressed rage.

‘God be with my poor father and the brave Fenian brotherhood. There was men for you. Not like what’s going nowadays.’

Taking the tray and trying to ignore the old woman’s anger, Mary said:

‘Don’t forget that they’ll be firing off the guns at eight o’clock. They make a terrible noise, I’m told.’

Miss Gilchrist cocked her head as she squinted through the window at the overcast sky. With great satisfaction she said:

‘I’m glad to hear it. I hope it brings the bloody rain down on them.’

At breakfast Mr. Bradshaw betrayed his agitation several times by laying down his paper to consult his watch. He felt that the whole business of the visit was being overdone. He was not opposed in principle to honouring the royal visitors. As a retired civil servant he knew where his duties and his loyalty lay. He approved, for instance, of municipal decorations. In the paper he was trying to read, under the heading Kingstown Decoration Committee, the Chairman Arthur E. Mills, Esq., J.P., and the secretary M. A. Manning, Esq., Town Clerk, jointly acknowledged several subscriptions, including one of one guinea from R. A. Bradshaw, Esq. And, although neither he nor Mrs. Bradshaw would, for the life of them, venture that day into the crowded and confused streets, they had arranged to watch the procession from a window on the second floor, from which he had already hung a large banner with the words ‘God Save Our King’ picked out in gold letters. The evening would be marked by a special meal followed by an intimate musical party.

But Mr. Bradshaw had to look at the arrangements in a dual capacity. In addition to being a retired civil servant and a substantial shareholder in a number of well-established companies, he was the owner of five houses in an alley very close to the harbour. A family occupied each room. What would happen to these five infirm shells of tottering brick and their swarms of poverty-stricken humanity when His Majesty’s Navy blasted off a battery of heavy guns Mr. Bradshaw trembled to think. The nearby railway line had already caused damage enough.

‘I keep thinking of this damned salute.’

‘I’m sure the houses will be quite safe.’

‘I wish I had your confidence. Why can’t they blow bugles or something?’

‘I expect they’ll do that as well.’

‘Or pipe him ashore.’

‘I think that’s only for admirals.’

‘They have decorations, floral arches, addresses of welcome, military bands. I’m as loyal as the next, I hope, but surely to goodness that ought to be enough without the criminal waste of useful and probably expensive ammunition. It is vulgar, apart from anything else. What time is it?’

‘It must be almost eight.’

‘You must think of something else, something pleasant. We’ll have a lovely evening of music. Think forward to that.’

‘If all goes well in the meanwhile,’ Mr. Bradshaw said, in a tone which betrayed his grave doubt.

‘Young Father O’Connor is coming. He has a beautiful tenor voice.’

‘Too much wobble in it for my fancy,’ Mr. Bradshaw said, again consulting his watch.

‘And Mr. Yearling is bringing his ’cello. I’ll always remember the night you and Father O’Connor sang “The Moon Hath Raised”. Mr. Yearling extemporised beautifully by just looking at the piano score over my shoulder. I thought that very accomplished. It’s a great gift of his.’

‘He makes heavy inroads on my whiskey,’ Mr. Bradshaw said sourly, ‘that’s another great gift of his.’

Mrs. Bradshaw knew it was useless to talk to him when he had anything on his mind; he simply refused to be cheered. He had always been like that, easily worried and plunged into gloomy humours. Not indeed that she herself looked forward to the noise. It was all very well for soldiers, or young people with strong nerves. Still, she was certain there was nothing whatever to worry about. She noted that his cup was empty and reached across for the teapot.

Siberius by Kenneth Cran
Dark Under the Cover of Night (The Kingdom of the East Angles Book 1) by Jayne Castel
The Stand (Original Edition) by Stephen King
Cheating Lessons: A Novel by Nan Willard Cappo
Boxed Set: Steel: Blacthorne MC Romance by Carrie Cox
Men by Laura Kipnis
The Secret History of Costaguana by Juan Gabriel Vasquez
For His Eyes Only by Liz Fielding
The Devil's Anvil by Matt Hilton
White Heart of Justice by Jill Archer
Our partner