“I do so love an optimistic woman.”

She opened the package and slowly rolled it over his cock. “How
do you want me?”

She laughed as she climbed back up onto the bed. “How do you
want me this time?”

She straddled him then positioned his cock at her entrance
before sliding down on him. “I’ve missed you.”

Her inner muscles clamped around him tightly and the warmth
made his eyes roll back. “Missed you too.” She rose off him a couple of inches
but then lowered herself down his length again. The control of her disciplined
movements drove him to insanity. He needed her to take him. To make him hers. “Faster.”

A seductive smile flickered across her face for a split
second but then she complied with the order. The muscles on her thighs rippled
and her back arched as she took him fast and deep. Each of her movements was
timed perfectly and brought him closer to the cusp of his orgasm. When he didn’t
think he could take any more of the sensual torment he lowered one of his hands
so he could strum her clit with his fingertip.

She let go with a loud shout and a firm tug on his hair. The
slight edge of pain was just what he needed to push him into his own climax.
His whole body shook with the power of the release and his vision went black
for a second.

“Is everything oka—” The voice died the second the first
footstep crossed into the room. “Oh.”

He pulled Harlow to him and threw the thin hospital cover
over them both. “We’re fine, Doctor.”

“If you could give us a couple of minutes to get dressed,
you can come back and chastise us all you like.”

The man left in a flustered huff just as Harlow started to
shake with laughter. The sensation made his body shiver again. “Roll over. Let’s
see if we can have another go before he comes back.”

“Are you sure you can’t move?”

He pulled on the ropes but found them secure. “I’m certain,
Captain. There’s no way I’m getting free.”

She smiled mischievously before she put the blindfold over
his eyes. “And can you see anything?”

He could almost imagine her waving her hand in front of his
face. The image made him smile but he knew better than to laugh. “Not a thing.
I’m completely at your mercy.”

“Well! Would you look at that. A big, strong super-soldier
at the mercy of a little Sub like myself.”

“Yeah, yeah. Play the poor, defenseless Sub card for as long
as you can. Soon you’re going to be a citizen just like the rest of us. Then
what will you do?” It’d been a full year since he’d woken up in that hospital
bed. A year of political debate and discord. But he could see some progress. It
was slow, just as Lee had promised. It was happening though.

He shivered as she ran a feather over his thigh. He never
would’ve guessed this would become one of her favorite games when he teased her
about it all those months ago. He also never would’ve guessed how much he’d
love being the one tied and blindfolded. Thank god she had, however.
Surrendering control to her was amazing.

It was the first restriction the congress had gotten lifted.
Subs could get married to citizens now. He hadn’t expected her to ask him
though.

“I’m at your command, Captain. But, between you and me, I
think I’d make a better husband than sub.”

She kissed him on his chest and he could feel her smile
against his skin. “I agree. Neither one of us will ever be a Sub again.”

“Except in bed,” he added quickly. He was all for marriage
and empowerment but he didn’t want to lose this.

She ran the feather over his nipples slowly. “Except in bed.
And, just so you know, I am keeping track. The next time it will be me tied and
blindfolded or I’m breaking out the candle wax.”

“You say the most romantic things.”

She chuckled softly as she rolled a latex barrier over his
cock. The bed creaked softly as she straddled him and then he was sliding into
the depths of her soft, warm pussy. All conversation stopped. She set a fast
and hard pace as she fucked him without reserve. She knew his body well and
what she needed to find release. But he was still hard when she got off him.
Usually at this point she would untie him and he would be in the dominant
position for the next round. That didn’t happen though. Instead he felt her
small hands remove the condom.

There was a moment of silence and then he could hear the
latex drop to the bottom of a wastebasket. “Do you know what I’ve been thinking
about all day?” Her voice was low and husky still.

Shit. He nearly came at the words. When her tongue traced a
path from his balls to the head of his cock he nearly tore his arms out of
their sockets trying to get free. He needed to hold her—to run his fingers
through her hair.

“Oh no you don’t.” The words were whispered against the
sensitive skin of his dick. “You move your hands, I stop. Remember.”

He growled but somehow managed to force his arms to relax.

“That’s a good boy.” Without any warning she sucked his cock
into her mouth as she cupped his balls. His orgasm slammed into him
unexpectedly and made him buck his hips desperately beneath her. But she didn’t
pause. As hot currents of pleasure raced up his spine she took him deeper into
her mouth and swallowed his essence with a moan.

He was beyond any thoughts of control as he pulled against
the ropes this time. It wasn’t until he heard the snap that he remembered he
was supposed to be holding still.

“Damn it, Parker.” Her voice held only teasing admonishment.
“Maintenance isn’t going to believe I accidentally broke another bed.” She
licked his cock softly, eliciting another round of shivers from him.

He waited patiently for her to untie him and take off the
blindfold before grabbing her and rolling on top of her. “I think they stopped
believing you two months ago.”

“One of the hazards of having an enhanced soldier tied to
your bed.”

She kissed him softly. “I guess I’ll have to learn to live
with it then. Because you aren’t going anywhere.”

“No sweeter words have ever been spoken.”

Being from a rather nomadic family, Chandra Ryan loves to
travel and meet people. But she’s found that sometimes, like when you’re stuck
inside because of a good old-fashioned Southwestern heat wave, you have to make
do. Fortunately for her and her loving family, who don’t like seeing her suffer
from cabin fever, she’s found creating new people and places equally as
fascinating. Also, you’re a lot less likely to spill your ice tea.

Chandra welcomes comments from readers. You can find her
website and email addresses on her
author
bio page
at
www.ellorascave.com
.

Tell Us What You Think

We appreciate hearing reader opinions about our books. You
can email
the
author
directly or you can email us at
[email protected]
(when
contacting Customer Service, be sure to state the book title and author).

Ink
in the Blood

Warning: The unauthorized reproduction or distribution of this
copyrighted work is illegal. No part of this book may be scanned, uploaded or
distributed via the Internet or any other means, electronic or print, without
the publisher’s permission. Criminal copyright infringement, including
infringement without monetary gain, is investigated by the FBI and is
punishable by up to 5 years in federal prison and a fine of $250,000.
(http://www.fbi.gov/ipr/). Please purchase only authorized electronic or print
editions and do not participate in or encourage the electronic piracy of copyrighted
material. Your support of the author’s rights is appreciated.

The publisher does not have any control over, and does not assume
any responsibility for, author or third-party websites or their content. 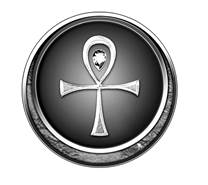 Big Girl Rocking in the Sunshine: Big Girl Series Bk3 by Rose, Aubrey
On Lavender Lane by Joann Ross
Connected by Kim Karr
The Norm Chronicles by Michael Blastland
Shackled Lily by T L Gray
When To Let Go by Sevilla, J.M.
The Woman Who Gave Birth to Rabbits by Emma Donoghue
Emmy and the Home For Troubled Girls by Lynne Jonell
For Your Heart (Hill Dweller Retellings) by Davroe, A.L.
Yesterday's Heroes (Consortium of Chaos Book 1) by Elizabeth Gannon
Our partner