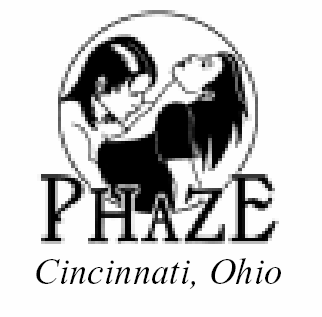 intended for the enjoyment of adult readers. Please keep out of the hands of children.

This is a work of fiction. Names, places, characters and incidents are either the product of the author's imagination or are used fictitiously, and any resemblance to any actual persons, living or dead, organizations, events or locales is entirely coincidental.

10 9 8 7 6 5 4 3 2 1 Warning: the unauthorized reproduction or distribution of this copyrighted work is illegal. Criminal copyright infringement, including infringement without monetary gain, is investigated by the FBI and is punishable by up to 5 years in prison and a fine of $250,000.

This story is dedicated to Jeffery Paske, the wonderful firefighter who answered my endless stream of questions. Thank you for doing the job you do. You’re a true hero!

Also to Derek Musgrave for answering all my
other
tedious firefighter

questions and for taking the time to help me get it right.

Yellow and orange flames tore through the roof. Gray, boiling smoke, the sound of crackling wood, and the hiss of asphalt in the shingles could be heard as the fire demolished everything in its path. Fire. It was a force that refused to be tamed by mere man. Ross and the rest of the team were determined to, at the very least, wrestle control over the wicked slayer. He ignored the people on the streets staring in fascinated horror. He tuned out the television crew stationed outside the yellow line. The only thing that mattered was getting the people out safely.

A neighbor had called nine-one-one when she'd heard a loud explosion. Two children were still inside the old, crumbling two-story house. The mother had somehow managed to escape and was frantic for her babies. Her panicked screams drove home just how grave the situation was for every firefighter on the scene. The children had to be alive; Ross couldn't allow himself to think any other way.

The IC, Incident Commander, had already sized-up the scene, assessed the situation, and gave the order to enter the structure. Every man there felt it was his responsibility to see the job done right. Mistakes meant lives lost—not an option.

They went to work immediately, moving in and taking down the enemy. Each person had a job and efficiency saved lives. Dressed in fifty-six pounds of turnout gear, Ross was as ready as ever. He headed toward the front of the house, radiating waves of heat blasted him and smoke tightened his throat. It was the same every time—a battle against the one thing that would neversurrender, Mother Nature.

Slamming his mind shut to the outside world, Ross Buchanan said a quick prayer for the lives of his fellow firefighters, as well as the hapless victims, then kicked in the front door. He moved toward the stairs leading to the second story, which was already burning along the edges. He took the steps with care, but by the time he reached the top, some of the steps were nothing but glowing embers. Fear hit him as he wondered how thein hell he was going to get himself and any survivors out alive.

The intense heat scorched him even through the heavy layers of his gear, the roaring inrush of air through the open door drowned out nearly every other sound. After what felt like an eternity of searching, he heard a sharp cry. Moving towards the sound, Ross found the children's bedroom. He called out, relieved when the cries grew louder. He slid a door open and found two little blond girls around the age of five in the bedroom closet, huddled together on the floor.

They were so small Ross was able to pick them both up in one swoop. He went to the window across the room and kicked it with his heavy boot. The glass on the dilapidated window shattered and fresh air shot in.

Within seconds, the boom ladder was there and he was able to hand one crying, coughing childover to Mike Reed, his best friend and fellow firefighter. Ross took the other little girl down the ladder himself. Once they were safely on the ground, Mike signaled to their right. The children's mother was running toward them, her arms outstretched, her face wet with tears.

"My babies!" She screamed, as she skidded to a stop on her knees and grabbed both girls, holding them tight to her chest. All three were in shock and had inhaled way too much smoke. In his experience, it was best not to waste time attempting to reason with terrified victims. Ross wrapped his right arm around the woman's shoulders and gently directed her to the paramedics already striding toward them.

He watched as they were led away, safe and relatively unharmed. A happy ending. If you could call losing every last one of your worldly possessions and being suddenly homeless at Christmas time a happy ending. For him and the other men, the fire still raged on, the job was far from finished. Several hours of work lay ahead for all involved. Ross took a deep breath and went back to battling the elements. * * * * Every muscle ached and his body screamed at him for sleep. The Columbus, Ohio Fire Department had just finished one of the busiest nights in years. The house fire had only been the beginning. They'd also been called toa glass factory. Chemical fires were a bitch.

He had no real idea what time it was, only that it was daylight. Ross drove into the garage of his ranch-style house and used the remote to close the door behind him. He shut off the engine and sat in the dark for a minute, resting his head against the steering wheel. He tried to force his feet to move, but it was no go. He was way too damn old for this shit.

As the thought drifted through his mind, he saw a light filtering into the garage. He raised his head to see Suni standing in the doorway, which led into the house. Her blond hair was pulled up into a ponytail, her curvy body barely covered by a white tank top and gray shorts. She looked like youth and beauty and everything good in the world.

The sight of her walking barefoot across the cold garage floor renewed him like nothing else. She would put him to bed now that his twenty-four hour shift was over. He'd sleep like the dead and wake to the delicious aromas of Suni cooking him dinner. It'd been the same for nearly five years and he wouldn't change any of it.

She opened his door and smiled at him, making him feel like the luckiest bastard alive. "Come on, big guy, enough saving the world, time to rest."

He let her pull him from the truck and take his keys out of his hands. She walked him to the bedroom, where she'd already turned down the covers. She helped him out of his clothes, stripping him down to his black boxer-briefs. She placed his pager and cell phone on the nightstand, then gently pushed him onto the cool mattress. She covered him with the sheet and turned to pull away, leaving him to rest. Ross stopped her with one hand wrapped around her wrist. He pulled her close. "Give me a goodnight kiss, baby girl."

He watched heat seep into Suni's green eyes, fascinated as she leaned down and gave him a light peck on the lips. She went to move away, but he held her firm and kissed her the way he wanted to kiss her. Telling her without words what she meant to him. Her heat and vitality filled him, made him feel alive again. No drug could ever compare to howSuni made him feel.

He pried her lips apart and slipped his tongue into her mouth, she moaned and he reveled in it. He raised his free hand to her breast, palming the bountiful swell. Ross felt her body quiver and he suddenly wanted her. If he wasn't nearly dead from exhaustion, he would have taken her too.

Ross broke the connection and let his head fall back to the pillow. "If I wasn't so tired—"

"Shh, go to sleep." She stopped his explanation with a finger to his lips. "There'll be plenty of time later," she whispered.

The last thing Ross saw before his eyelids became too heavy was the worried frown on his wife's face. He wanted to ask her about it, but sleep overcame him.

He bolted upright in bed, the covers twisted around his feet. After a few seconds of trying to make sense of where he was and how he'd gotten there, Ross remembered Suni putting him to bed. Normal people dreamed odd bits and pieces of their ordinary lives. Ross's dream world consisted of burning bodies and screams of pain and horror. Fictitious victims who died because he was either too slow or too late. It was the same every time he closed his eyes. He wondered if he'd ever have a peaceful night's sleep.

He flung the covers to the side and sat up. It wasn't until his feet hit the floor that he became aware he was on the wrong side of the bed. He'd somehow managed to roll to Suni's side. He rubbed his eyes and dragged his fingers through his hair. Slowly, his senses came alive. He could smell Suni's cooking. The room was dark, so he knew he must have slept the day away again.

Still, there's just something missing. I want him to know, but I feel so ashamed. I'm afraid he'll think less of me if he knew about my fantasies. Dreams of being sexually dominated by Ross. Of having him and another man at the same time. The very thought of a threesome makes me wet and edgy. But if just writing it down has my face burning in mortification, how could I ever tell Ross? I can't imagine actually forming the words. I know he'd think I've lost my mind.
Ross gulped and nearly swallowed his tongue. How the hell could he not know that his wife was unhappy? There should have been signs, right? Even as he tried to absorb what he'd just learned, images ran through his head like an x-rated movie.

Forgotten Promise (Forgotten Series Book 2) by Virginia Wine
The Quest Begins by Erin Hunter
The Tailgate by Elin Hilderbrand
Freddie Ramos Stomps the Snow by Jacqueline Jules
Barefoot and Lost by Cox, Brian Francis
Sacrificed to the Dragon: Part Three by Jessie Donovan
The American Vice Presidency by Jules Witcover
The Cinderella Deal by Jennifer Crusie
The Firehills by Steve Alten
A Lascivious Lady by Jillian Eaton
Our partner