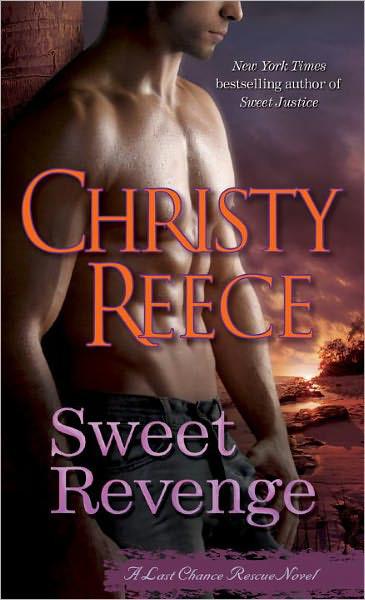 It was all Dylan could do to keep his hands from shaking as he ran them up and down Jamie’s soft, slender body. His heart had been in his throat when she’d fallen; now he was putting himself through more hell by touching her. Dammit, where was that iron control he used to pride himself on?

As Jamie’s soft voice pulled him from his crazy, reckless thoughts, he moved his gaze to her face. And lost his battle. Her eyes were heated, filled with a want that echoed within him. With a groan of surrender, he lowered his head and took her mouth. He softly teased her lips, her taste sweeter than every fantasy he’d ever had. When he felt her hands on his shoulders, pulling him closer, he licked at her lips, seeking a sweeter, deeper taste. The opening of her mouth took his breath. There was no hesitancy in her actions. Her tongue met and dueled with his, drawing at him.

Lowering his body over hers, careful of his weight, he propped himself on his arms, allowing only his lips to touch her. Angling his mouth, he pressed deeper, withdrew, and plunged again. Thrusting and retreating, over and over, mimicking the motion for what another part of him ached to do.

Soft, insistent hands tugged at him, pulled him closer. Dylan lowered himself until he lay on top of her. Still mindful of his big body over her much smaller one, he tried to keep most of his weight off her. Jamie was having none of it. Pulling him harder, she spread her legs and allowed him to settle between them. Dylan nudged his erection against her mound. They groaned into each other’s mouths at the delicious contact.

Warm, soft hands moved beneath his shirt. Needing the same contact, Dylan slid a hand under her sweatshirt and felt the soft, supple skin he’d dreamed about for months. Silky and firm, she was every man’s fantasy … and Dylan’s only dream.

A dream that couldn’t come true. 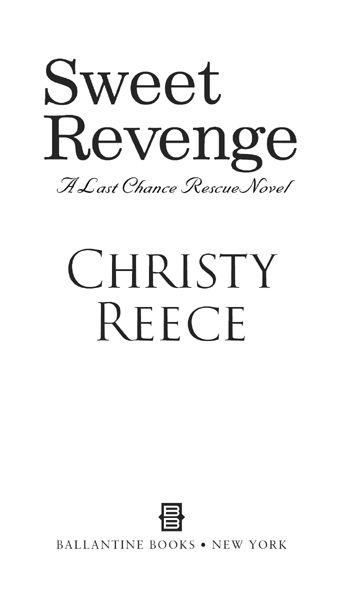 Sweet Revenge
is a work of fiction. Names, characters, places, and incidents are the products of the author’s imagination or are used fictitiously. Any resemblance to actual events, locales, or persons, living or dead, is entirely coincidental.

This book contains an excerpt from the forthcoming book
Sweet Reward
by Christy Reece. This excerpt has been set for this edition only and may not reflect the final content of the forthcoming edition.

The night was silent and still. The air, thick and humid, held a feeling of expectancy—as if aware that rescue had finally arrived. Stooped behind a low brick wall, his eyes narrowed into a squint behind powerful binoculars, LCR operative Dylan Savage surveyed the perimeter of the massive property owned by Stanford Reddington.

The house in front of him held Jamie Kendrick—a young woman who’d been abducted by a maniac and then sold to Stanford Reddington. Purchased for what purpose, Dylan didn’t even want to consider. Their mission was clear: rescue. Their plan: a soft entry. Grab Jamie and get the hell out, hopefully without firing a shot.

“Everyone in place and ready?” Noah McCall asked quietly. The Last Chance Rescue leader kept his voice calm and low, his tone revealing none of the tension Dylan knew he must feel.

On missions, McCall acted as though ice ran through his veins. That was an attitude Dylan had adopted long before he’d joined LCR. Never let them see you flinch. He’d learned that lesson as a child. Staying expressionless had saved his ass more than once.

Dylan answered with a soft “Ready.”

Adrenaline surged as the three other people on the op answered in the affirmative. Any second now …

Staying low, Dylan and McCall ran toward the back door that their informant, Raphael, had promised would be unlocked. Noah eased the door open … Dylan peered inside. Scanning the large kitchen, he briefly noted that not only did the room look like a pigsty, it stank of old food and stale alcohol. The messy space had one thing in its favor: no people.

Dylan entered first, McCall behind him. Dim light filtered from a greasy bulb over the stove revealed the remains of last night’s dinner and four dirty plates on the counter. Four here, including Jamie?

In the middle of the kitchen, the men stopped … waited … listened. On cue, a loud, thudding knock sounded at the front door. A moment of dead silence, then lights came on as someone stomped toward the door. The instant the front door opened, Dylan and McCall moved.

Guns at the ready, their steps silent, they made their way to the next room. At the entrance to the living room, McCall went in one direction, Dylan the other. Sticking his head into a small den and a bathroom, Dylan found nothing other than furniture and more evidence that slobs lived here.

One minute later, they met in the middle of the living room. The loud protestations coming from the front of the house reassured them that the home owner would be occupied for several more moments.

Both men turned and headed up the stairway. Halting at the top of the stairs, they assessed the area. Bright lights from the first floor allowed them to see three rooms to check on this floor. McCall jerked his head at the stairs to the third floor.

With a quick nod, Dylan headed upstairs. At the top of the small landing, he stopped and listened. The only sounds were the distant mumblings of Reddington as he argued with the Spanish police. Two rooms to check here. The door to one of the rooms stood open. Easing his head in, he looked around. A storage room, filled with furniture and boxes.

Swiftly, silently, Dylan moved across the hallway, toward the closed door of the other room. His ear to the wood, he listened and heard a soft, trembling sigh.

He put his hand on the doorknob. Locked. Pulling a small tool from the belt at his waist, he inserted it into the keyhole. At the sweet sound of a click, he twisted the knob, eased the door open, and stepped inside. The room, midnight dark and deathly quiet, held the musky scent of sour sweat and felt heavy with fear, confirming what he already knew: she was here.

The softest whisper of sound put him on alert; half a second later, a small body leaped onto his back. Not wanting to hurt or frighten her further, Dylan dropped to the floor with Jamie Kendrick hanging on to his shoulders.

She ground her knee into the small of his back and spoke in a harsh, raspy voice, “Touch me and I’ll kill you.”

Admiration and compassion slammed into him. She was tough. Good. She would need to stay that way. “I’m here to rescue you, Jamie.”

With a soft, laughing sob, she said mockingly, “Yeah, my knight in shining armor.”

After a long pause, she whispered hoarsely, “What’s that?”

Another long pause. Finally, a shaky, tear-filled voice asked, “Are you for real?”

“Yes.” He waited two heartbeats, giving her time to absorb the information. Then, since time was of the essence, he said, “We need to get out of here.”

Her slight weight eased off his back, and he felt her shift away from him.

Getting to his feet, Dylan took a flashlight from his utility belt and clicked it on. His heart thudded and crashed as he got his first glimpse of slender, petite Jamie Kendrick. Perched on the edge of a bed, she’d snagged a sheet to cover herself. Untamed, golden-brown hair draped over her bare shoulders. Gray-blue eyes shimmered with tears; white teeth bit at her lips as if to control their trembling. The thin sheet covering her nude body couldn’t hide her uncontrollable shaking. Despite his reassurance, she was terrified that this was a trick.

“Found her,” he whispered softly into his mic.

“Get her out,” McCall answered softly. “Reddington’s still at the door, arguing. I’ve got one bastard down, two more on the run.”

There was no time for more reassurance. They needed to get their asses out of here … now. He took a step toward her. “Let’s go.”

She lifted a hand to tighten the sheet around her, and he saw the handcuff dangling from her wrist. Pulling a standard key from his belt, he reached for her. Admiration grew in him as he watched her stiffen but refuse to back away. He unlocked the cuff from her bruised, raw wrist and then let her go. The last thing she probably wanted was for a man to touch her. Unfortunately, he was going to have to do more than just touch her if they were to get out of here in one piece.

With a sweep of his flashlight over the room, Dylan took another quick scan. No clothing. He pulled his black cotton T-shirt over his head and handed it to her. “Put this on.” Giving her a brief moment of privacy, he went to the door to peer out. Still quiet.

At the sound of a small, relieved sigh, he glanced over his shoulder. She was ready. Her feet were bare, and her body swayed as she tried to stand. The T-shirt swallowed her, landing just above her wobbling knees.

“It’ll be easier for both of us if you let me carry you out.” He wasn’t asking for permission, but he didn’t want to scare her by just lifting her without warning.

“You’re barefoot and weak. We need to get out of here as fast as we can.” Giving her no time to argue, Dylan reached for her and scooped her into his arms. Her body was shaking with terror, but she didn’t fight him, and that was all he needed.

He made a rapid exit from the room and strode quickly toward the stairway. As they got halfway down the stairs, the distant blast of gunfire ramped up the tension.
Shit!
No way was he not getting her out of here alive. Holding her tighter against his chest, he whispered, “Hang on, sweetheart.”