Read Sweetness in the Belly Online

Sweetness in the Belly 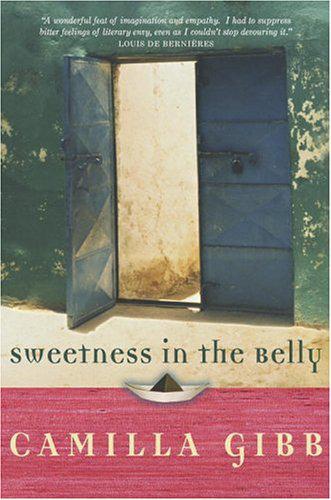 the education of girls

in the blue glow

encounters with the jinn

the book of lies

obstacles in the path of righteousness

a crack in the holy armor

the shrunken heads of enemy invaders

to hold a girl

eyes peek over the wall

a beach, a bridge

a story of famine and refugees

some measure of happiness

a final aria and a manila wave

a bit of background, a lot of thanks 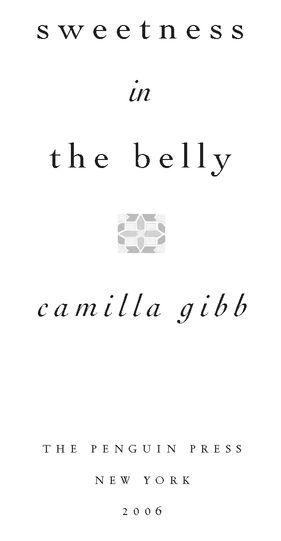 Publisher’s Note
This is a work of fiction. Names, characters, places, and incidents either are the product of the author’s
imagination or are used fictitiously, and any resemblance to actual persons, living or dead, business
establishments, events, or locales is entirely coincidental.

Sweetness in the belly / Camilla Gibb.

The scanning, uploading, and distribution of this book via the Internet or via any other means without the permission of the publisher is illegal and punishable by law. Please purchase only authorized electronic editions and do not participate in or encourage electronic piracy of copyrightable materials. Your support of the author’s rights is appreciated.

For Abdi, Biscutti, Agitu and the ge waldach—the children of Harar 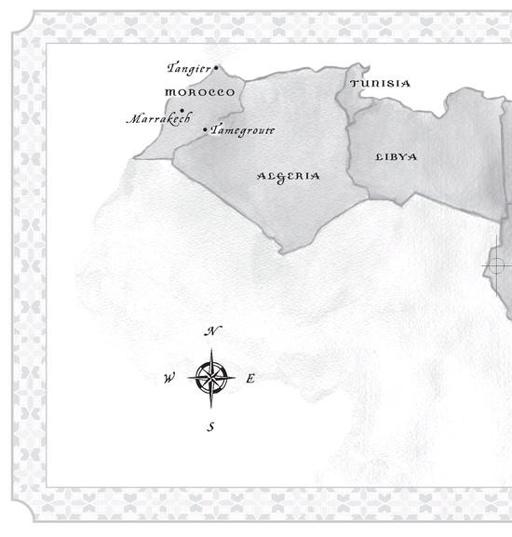 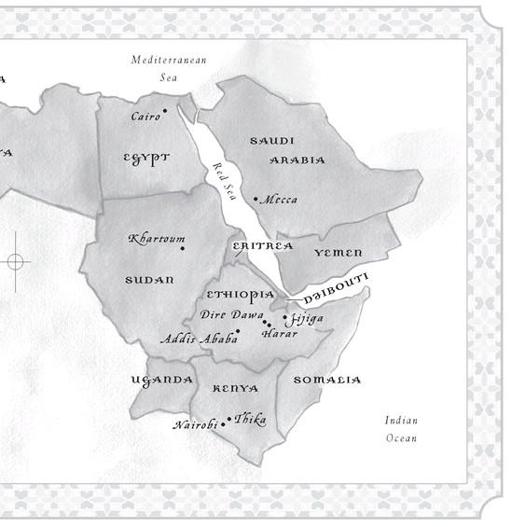 T
he sun makes its orange way east from Arabia, over a Red Sea, across volcanic fields and desert and over the black hills to the qat- and coffee-shrubbed land of the fertile valley that surrounds our walled city. Night departs on the heels of the hyenas: they hear the sun’s approach as a hostile ringing, perceptible only to their ears, and it drives them back, bloody lipped and panic stricken, to their caves.

In darkness they have feasted on the city’s broken streets: devouring lame dogs in alleyways and licking eggshells and entrails off the ground. The people of the city cannot afford to waste their food, nor can they neglect to feed the hyenas either. To let them go hungry is to forfeit their role as people on this wild earth, and strain the already tenuous ties that bind God’s creatures.

A hundred years ago, when the city’s gates were still closed at night—the key lodged firmly under the sleeping head of a neurotic emir—the hyenas were the only outsiders permitted access after dark. They would crawl through the drainage portals in the city’s clay walls. But the gates are splayed open now, have been for decades, a symbol of history’s turn against this Muslim outpost, a city of saints and scholars founded by Arabs who brought Islam to Abyssinia in the ninth century, the former capital of an emirate that once ruled for hundreds of miles.

For all the fear they inspire, though, if a hyena must die, one hopes it might do so on one’s doorstep. Pluck its eyebrows, fashion a bracelet, and you are guaranteed protection from buda, the evil eye. Endure the inconvenience of having to step over a hideous corpse baking in the African sun all day, but be assured that by the following morning, thanks to hyenas’ lack of inhibitions regarding cannibalism, the street will once again be licked clean.

As every day begins, the anguished cries of these feral children grow dim against a rising crescendo of birds quibbling in the pomegranate and lime trees of the city’s courtyards. And then the muezzins call: beckoning the city’s sleeping populace with a shower of praise for an almighty God. There are ninety-nine of them within the walls of this tiny city—ninety-nine muezzins for ninety-nine mosques. It takes the culmination of the staggered, near-simultaneous beginnings of a hundred less one to create the particular sound that is heard as godliness in Harar.

“But I don’t want to go among mad people,” Alice remarked.