Read Sympathy For the Devil Online

Sympathy For the Devil 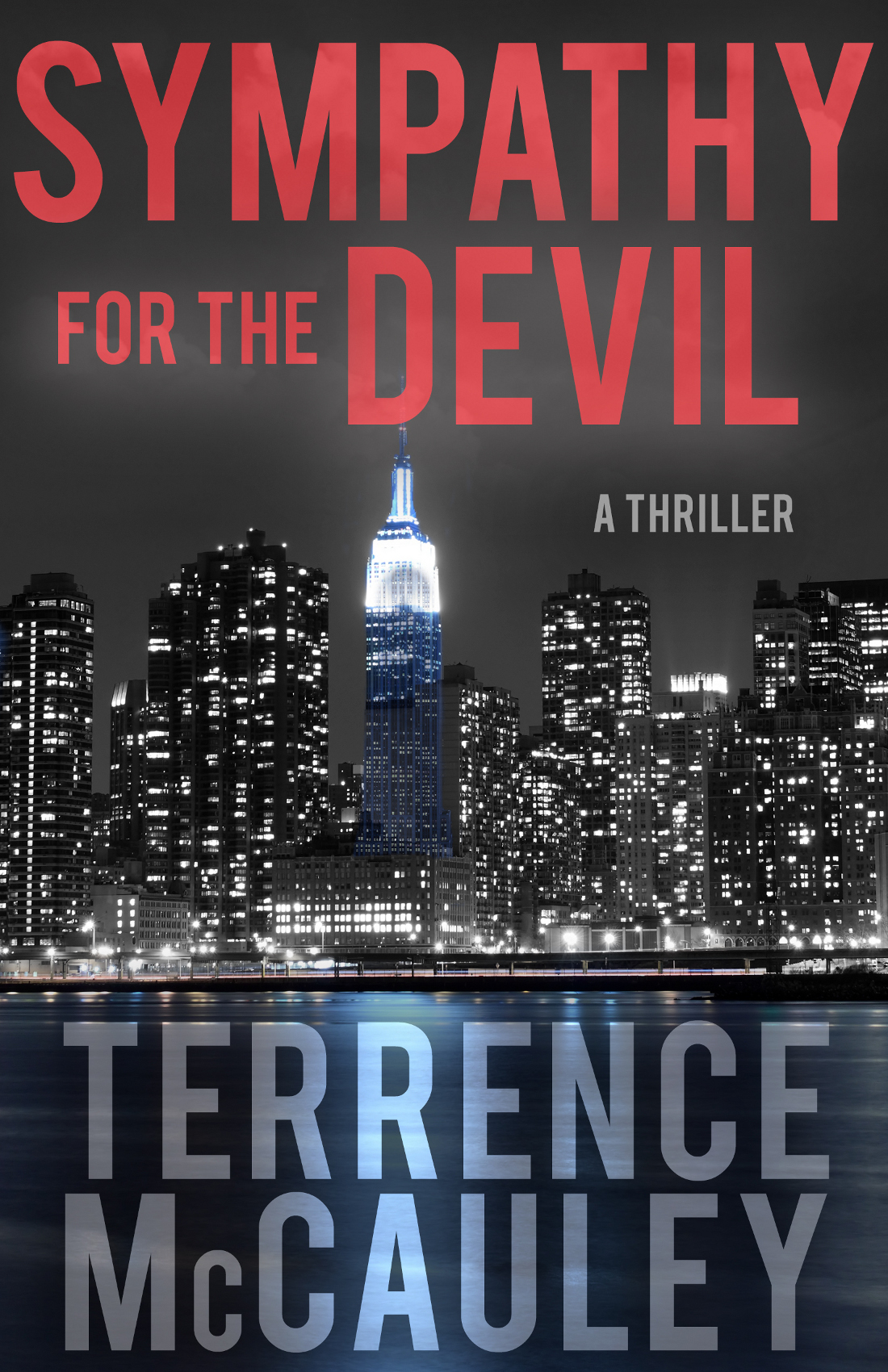 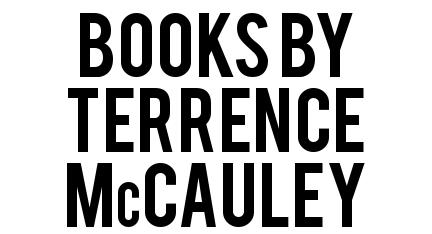 Sympathy For The Devil

All available from
Polis Books

T
HE MAN
who called himself James Hicks checked his watch when he reached the corner of Forty-second and Lexington. It was just past eleven in the morning; more than an hour before he was scheduled to ruin a man’s life.

And plenty of time to smoke a cigar.

He braced against a sharp wind as he crossed Forty-second Street. A cold humidity had settled in over Manhattan and the weather reports had done a great job of whipping everyone into a frenzy over the coming storm. TV stations and websites hawked it as ‘The Big One’ and ‘Snowmageddon’ and the ever popular ‘Snowpacalypse.’ The experts were predicting over two feet of snow with high winds and freezing temperatures for the next few days. It was too early to call it the Storm of the Century, of course, but that didn’t keep the media from building it up that way.

Based on the data Hicks had been able to draw from the University’s OMNI satellite array, he predicted the snow would be about a foot; with wind and ice being more problematic than the snow itself. He could remember a time not too long ago when New York would barely notice eight inches of snow, but panic was en vogue these days. Welcome to the post-9/11 world where preparation was paramount.

He understood why meteorologists exaggerated snowfall predictions. They were covering their asses against being wrong. If it was a little more, then they were close enough to claim accuracy. If the snowfall was a little less, at least it wasn’t as bad as everyone had feared. Accountability took a backseat to relief and everyone went on with their lives. Either way, the weather folks had covered their respective asses.

Hicks hadn’t worried about covering his ass in a long time. He didn’t need to. Because in his line of work, small mistakes were forgotten and big mistakes got you killed. Such harsh, immutable constants brought a certain resignation to Hicks’ life that he found almost peaceful. Danger can be a comfort as long as you know it’s there.

Hicks headed for the concrete ashtrays placed in the alcove of the Altria Building across from Grand Central Terminal. There were a few cigar stores in the area where he could smoke indoors in warm comfort; maybe stir up some conversation with his fellow smokers on such a cold and blustery day.

But Hicks didn’t want comfortable and he sure as hell didn’t want conversation. He was working and needed the cold air to keep him sharp, especially before rolling up on a new Asset in less than an hour.

He stood out of the wind in the alcove of the Altria building and lit his cigar. It wasn’t a cheap cigar, but far from the most expensive stick on the market. There was a time for savoring good tobacco and now wasn’t it. Today, the cigar was merely a tool to help him stay focused and calm while killing time before his appointment. Because although Hicks had flipped hundreds of people from being regular civilians into Assets for the University, he still believed that changing a man’s life forever deserved some pause.

Most of Hicks’ colleagues didn’t give much thought about the Assets they forced into the University system. They focused their efforts on researching the right prospect to turn; digging deep into the person’s past for that one knife they could hold to their throat to make them comply. Past offenses and indiscretions they didn’t want to see come to light. Current mistakes that could get them fired or ruin their marriage. Hicks’ colleagues ran checks and analyses on a potential Asset’s personality profile to make sure he or she could stand up to the passive pressures of the University’s constant influence in their lives. If they passed all the OMNI simulations, then an Asset was approached, broken, and put to work. If an Asset cracked and killed himself or had to be eliminated, then OMNI was simply directed to change parameters to account for the shortcomings in the analysis model. It was all as simple—and inhumane—as that.

OMNI was the University’s Optimized Mechanical and Network Integration protocol. The name was a relic of the group’s past and had been around almost since the University’s beginning. It was a term that had long since been outdated, but had managed to remain in use. When new hires asked details on which network, they were told ‘All of them.’ They soon saw the powerful reach of OMNI for themselves.

But Hicks had been running Assets long enough to know human beings never fit neatly into a computer program, no matter how advanced it was. Turning an Asset was like adopting a stray dog or a blind cat. They were being brought into an established environment and made to go against their own nature for your own benefit. The pet owner expected companionship and affection. The pet was expected to respond in kind or catch a rolled up newspaper in the nose.

Assets were expected to provide the University with information or access or options it needed at the time, but didn’t have. If the Asset played along and did what was asked of him, he made out well. If he refused or got cute, they got the University’s equivalent of a newspaper in the nose: a bullet in the brain.

From the shelter of the high alcove, Hicks checked the clock high above the façade of Grand Central across the street. The clock was; flanked by the stone images of a strident Mercury, a sitting Minerva and a lounging Hercules. The gods of speed and industry and commerce all concerned about time. Just like everyone else. Hicks found it a refreshing scene. Not even the gods were free of mortal troubles.

And in about forty-five minutes, Hicks would attempt to enroll a money man named Vincent Russo into the University system.

Hicks took a good draw on the cigar and let the smoke slowly escape through his nose. The frigid wind caught it and blew it across Forty-second Street. The streets were empty thanks to the impending storm, so there was no one around to complain about the stray smoke.

He wondered what Vincent Russo was doing just then. He could’ve pulled out his handheld device and used OMNI to hack the security cameras Russo had installed in his to watch his office, but there was no need. He knew Russo was a creature of habit. At this time of day, he was probably working away as diligently as he always did; verbally glad-handing clients over the phone about the status of their investments; convincing him that the fund he was buying them was a steal at the current price.

He probably rolled his eyes when he looked at his calendar and saw his twelve o’clock appointment with a prospective client. The new one with the name he didn’t recognize. He might even think about postponing it, but realize it was already too late for that. Then he’d remember the statement that Hicks had sent him; the one detailing five million dollars he was looking to invest with Russo’s firm. Greed would get the better of him as greed tended to do and he’d keep the appointment.

Chosen by Lisa Mears
Her Sky Cowboy by Beth Ciotta
The Arx by Storey, Jay Allan
The Heart of A Killer by Burton, Jaci
First Lady by Michael Malone
Pandora's Genes by Kathryn Lance
The Lunatic's Curse by F. E. Higgins
A Heart of Stone Christmas by K.M. Scott
Cottage Country by Edwards, JL
Class Favorite by Taylor Morris
Our partner