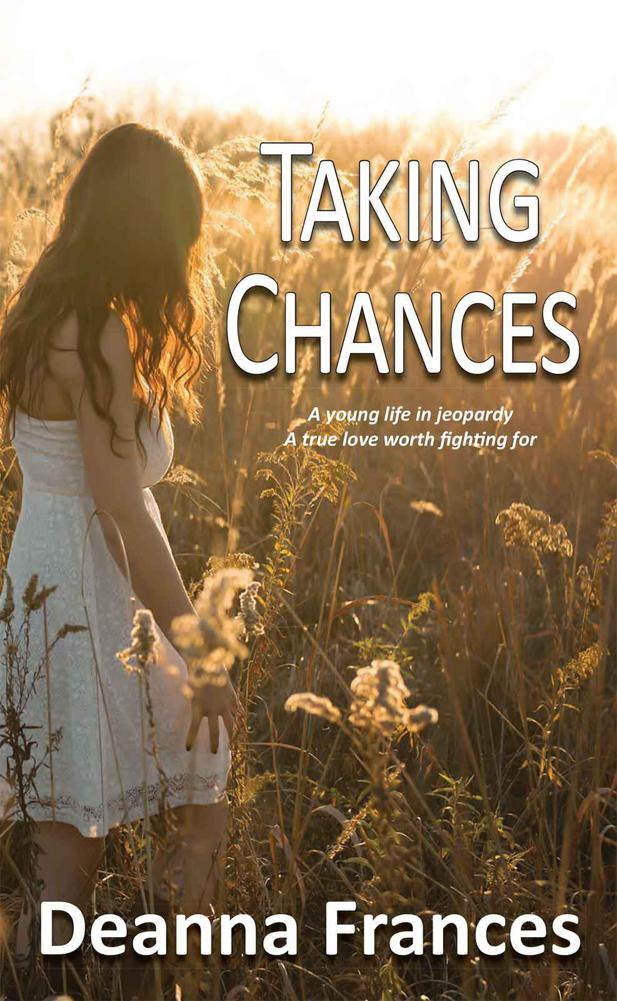 “Definitely a first novel to be proud of. I would not be surprised to find Deanna Frances snuggly placed among the more popular young literary voices currently publishing.”

“
Taking Chances
shares a message of hope and proves that with courage and faith one can reach the light at the end of the tunnel.”

“Frances’s work is truly something special.”

“This teen novel about the horror of family abuse leaves readers hanging on for a happy ending—one that just might include true love.”

“Deanna has written one amazing book.”

“Taking Chances,
is a young woman’s journey of new life in a small town. Through physical, mental and emotional pain, she survives it all with admirable strength.” 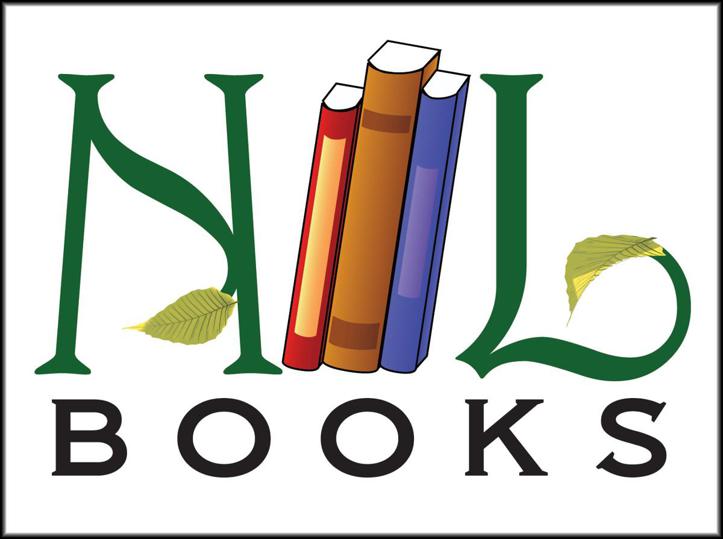 This is a work of fiction. Names, characters, places and incidences are either a product of the author’s imagination or used fictitiously. Any similarity to actual organizations and persons, living or deceased, is entirely coincidental.

Written by Kara DioGuardi and David A. Stewart

All rights reserved. No part of this book may be reproduced or transmitted in any form whatsoever without expressed written permission from the publisher. For more information contact: WigWam Publishing Co., P.O. Box 6992, Villa Park, IL 60181.

This book is dedicated to all of the dreamers.

Writing a novel is not just sitting down and writing for hours on end. It takes a lot of support and a lot of help. There are so many people I would like to thank for their help on this five-year journey.

First I would like to thank Mrs. Jennifer Miller, my eigth-grade English teacher, who told me I should write a novel at age thirteen. Without her encouragement and support, I would have never even thought about writing this book. I would also like to thank Diana Zwinak, and her non-profit organization, Teen Writers and Artists Project, for getting me involved in the Adopt-An-Author program, and for supporting my writing. I’d like to thank J.D. Gordon for mentoring me for so many years and for helping me re-create this novel to be what it is today. Jim, my day is finally here. I’d also like to thank Teresa Basile and New Leaf Books for publishing this novel. I’d like to thank my friends and family who have supported me throughout this process. I’d like to thank Tim Tausch, my best friend and partner for over two years, who has supported every dream I’ve had, no matter how farfetched they may be. It’s not every day that a young girl from my small, rural town writes and publishes a book. You wouldn’t believe how many people thought I was going crazy. I’d like to thank Heather Croyl, my big sister, who has never doubted me or my dreams. She also reads everything I give to her, no matter how long it is. I am so grateful to have a friend like her who is always there when I need support or guidance. Finally, I would like to thank all of the readers who will pick up this book. Thank you for giving me someone to share my work with.

Helping others had always been a passion of mine.

When I was little, people would ask me “What do you want to be when you grow up?” I’d say, “I want to help people.” I wanted to make the world a better place for others.

As I grew older, I knew I wanted to be a school counselor or study child and family counseling to help kids and their families who were having trouble with things like divorce, poverty, and mostly above all, abuse. When I wasn’t working, I spent time at a local family center helping kids gain self-confidence. Whenever I did something nice for someone else growing up, it made me feel good to know that I’d made an impact on someone’s life. Although, the impact some people made on
my
life was not always good.

I’d had some pretty bad days in my life, but my seventeenth birthday was turning out to be the worst so far. That morning, our landlord, Mr. Jackson showed up on the small doorstep of our south side Chicago apartment followed by two tall men in dark blue uniforms and gold badges. Policemen.

“Hello Sydney, are your parents home?” Mr. Jackson asked me, anger in his sharp voice.

“Sydney, I am sorry to lay this all on you, but if your family is not out of here in
one
week, we are changing the locks on the doors, and all of your belongings will be out on the front lawn!” He looked at me with his dark eyes and the threat seemed even more frightening.

Mr. Jackson turned around, and the policemen followed as they all got into their cars and drove away into the bright sunlight.

I knew exactly how that had happened, because it wasn’t the first time. My stepdad, Michael, had just lost his job after receiving his third DUI in the past two months, and my mother, Maddie, couldn’t hold down a job either. I guess she didn’t get the fact that if you don’t show up for work, you get fired. They both depended on alcohol to get them through every day.

We lived on welfare in our small apartment, along with money I earned from working my three jobs. Michael and Maddie would take almost every paycheck I had to spend on their latest bottle of beer bought down at the corner liquor store that they
should
have been paying for the apartment with. Maddie always said Michael had so much money, so I didn't understand why the rent wasn't being paid. Well, that explained why we were getting evicted.

My real father, Andrew Baker, left us right after I was born, leaving my half-sister Violet, my half- brother Clayton and me to our mom who could barely care for us by herself. We were not even sure who Violet and Clayton’s fathers were, and the only memory of mine was a crumpled up picture of him and Maddie on a big, black Harley in Vegas after their honeymoon. We struggled after my dad left, and Maddie found Michael soon enough. She thought a new stepfather would be nice for us, and that he’d have money to get us on our feet.

They were married right after my fifth birthday, and I noticed a change in Maddie. She was always tired and I didn’t really know what was going on. Michael would slap her across the face and throw bottles and chairs at her, and then, as he saw her crying and bleeding on the floor, he’d say how sorry he was, and that he didn’t mean it. Then, he’d take her upstairs to get cleaned up, and they’d come back down with nice clothes, and Michael would take her out for the night as an apology. Although, as Maddie walked out of the house, she would tremble and fall, as if her legs were too weak to carry her.

The next morning, she would be tired, and wouldn’t act like herself. She continued to get mentally and physically weak, and then she started drinking more. Violet said that she drank because it helped her ignore the pain. I asked Violet what was going on, and she told me that Michael drank too much, and got angry, and that was why my mom was getting hurt. Only a few days later, she and Clayton were the victims. I didn’t know what to do. Michael had never hurt us before, and Maddie just stood and watched them get hurt. He would yell and scream at Violet, and when she tried to yell back, he’d take her by her long hair and throw her against the wall. When Clayton tried to defend Violet, he’d get pushed against a table or wall.

After Violet turned eighteen, she left and Clayton and I were the ones being hurt. Michael did the same things to me as he had done to Violet. Clayton left just three months before I turned seventeen, leaving me alone to care for Lillian and Rebecca, who are Maddie and Michael’s two biological children. Someone had to be the parent. We all had to stick together. If I ran away then, they would probably be living in a cardboard box on the street begging for food money because I knew that Michael and Maddie wouldn’t care for them. I knew I had to help my sisters, and the only way how was to take any abuse Michael gave me until I turned eighteen; when I could leave and take them with me.

As for Clayton and Violet, Clayton started selling illegal drugs down in the alley behind our apartment, and Violet worked at a nightclub in the bad part of the neighborhood. To get away from the pain and torture of my everyday life, I wrote poems and short stories to escape. If I didn’t write, I would probably be depressed enough to work at the nightclub with Violet.

Well, that was my life I guess. Sydney Baker, the mother figure, the hard-working student, the abused child, and the determined young woman who wanted to make a difference in the world. With everything I had to worry about, getting evicted from the home I paid for was just another reason to be afraid of what was ahead.

The next day after my shift at a local diner, I received a phone call that gave me much needed hope.

“Hi,” I replied excitedly. Aunt Megan was Maddie’s younger sister. She called at least once every week to keep in touch.

“I have some bad news,” she said sadly. “Grandma died yesterday.” I froze. Grandma couldn’t die. She couldn’t leave me.

I was on the verge of tears when Aunt Megan said, “We read her will this morning, and she’s asked me to take the family farm and move you and your Mom, Lillian, Rebecca, Violet and Clayton out here to Shabbona. I’ve talked to Maddie, and she says that she wants to leave Michael, but she’s not ready yet. Maybe this will give her that chance.”