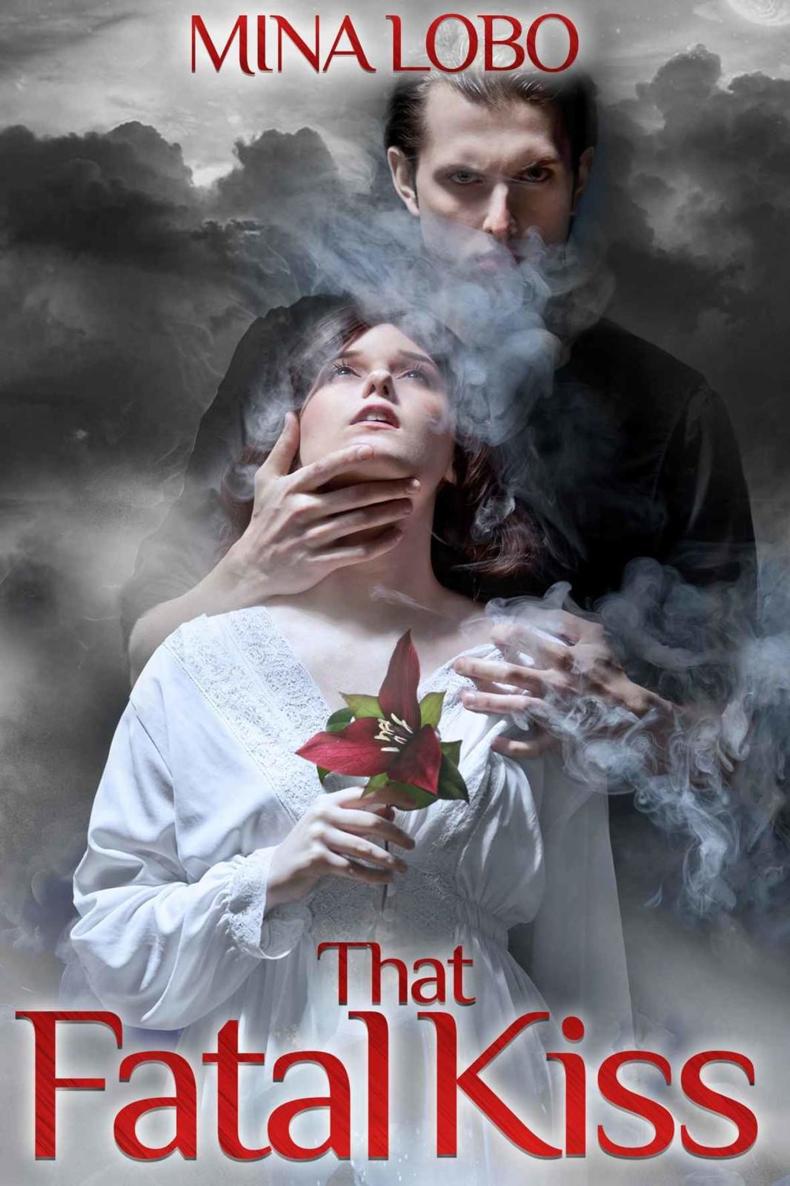 Who’s Who and What’s What in That Fatal Kiss

“I WANT YOUR
daughter.”

Laughter cracked the air, a thunder across a troubled night’s sky. “By the Furies and Fates, which one?” asked Zeus, the King of the Gods.

Hades, Lord of the Underworld, cast Zeus an impatient glance as he replied, “The daughter you made with Demeter.
She
is the one I desire.”

Hades eased back into his throne. His sharp features were half cast in shadow, and where the flickering light from the nearby torches did illuminate his face, it revealed an unfolding smile. But the sensuously curved lips did not reflect warm sentiment. He raised his eyebrows in a pretense of bemusement. “Yes. I want Persephone. Is your hearing failing you in your advancing years?”

Zeus’ steps halted and he scowled. “It would behoove you to recall that you are asking me for a favor, one which, I might add, could stir up enmity with Demeter and her allies.”

“Does my hearing fail
me
, or did the Lord of all Gods just admit to fearing the ones under his rule?”

“You also fall under my rule. I can just as easily destroy you as not.”

The air sizzled with sparks of anger that gathered visibly around the two gods, and Hades held Zeus’ stare without flinching. An observer might have thought Hades to be deliberately provoking Zeus to violence by his very manner, and would not have been wide of the mark. The dark-complexioned god did not show his king the deference he was due, but defiance. Hades knew that had another Immortal dared issue the challenge, Zeus’ rebuke would have been swift and uncompromising. But he also knew himself to be one of the very few beings in existence to command Zeus’ respect. And fear. No doubt, the younger god would rush to appease him.

Proving Hades right, Zeus shook his head and waved away the angry words. “Come, I’ve no wish to damage Grandmother Earth with another battle.”

“Will you aid me in this endeavor?”

“Why her? Why the daughter of Demeter?” Zeus asked.

“Why not?” Hades snapped. “Look about you, Zeus; do you not see the darkness that pervades my kingdom? Do you think it a pleasure to rule these fluttering shades, which have barely more substance than the air the mortals breathe above?”

“Somehow, I knew you would latch onto that word, the pursuit of pleasure being the thing nearest and dearest to your heart.” Hades did not trouble to keep the disdain from his voice. “Aye. Pleasure. These senseless remnants of humanity afford me little. They’ve no conversation, no understanding, no passion.” He turned away as he added gruffly, “Try
mating
with them.”

Zeus’ laugh boomed again. “Forgive me, Hades, I was not thinking of that.”

Hades’ face darkened with contempt. “For once.”

The Thunderer bristled at the continued insolence. “Is that all you want? Someone to assuage your lust? Is a daughter of mine to serve merely as your receptacle, is she to be nothing more than your concubine?” he cried.

“I do not want her for my concubine, but for my lawful
wife
.”

“Are you blind too, that you have to ask?”

Zeus huffed loudly through his nose but did not respond in kind. Instead, he seemed to ponder the matter before asking quietly, “What if she does not want you?”

Hades’ lips twisted. “Since when did a female’s wishes ever matter? You know the customs. If you as her father give her to me, then she is lawfully mine.”

“But why do you not court her properly, ask her if she would be your queen?”

“Court her? The way you courted your bride? Did you prostrate yourself before Hera, begging her to have you? No—You wanted her, Father Cronus was in no position to challenge you, and so you took her.”

“I had Mother Rhea’s consent.”

“And I would have yours. What is your point?”

“My point is that Demeter will not be pleased to lose her only child to the Lord of the Underworld,” said Zeus.

Hades shrugged. “She is a goddess of the Earth, a prolific creator. Surely she can have another.”

Zeus gave an angry shake of his head. “I do not wish to arouse her displeasure, as she is dear to me.”

“Then my displeasure is of no consequence? You seem to forget that I am Lord also, and that my kingdom has virtually no end. I can easily send Thanatos above ground on an extensive tour.” Hades’ words sank into the damp air with a tinny ring of malevolence. Though the God of Death brought peaceful passage from life, he was yet more terrifying to mortals than Hades himself.

“What is your meaning?”

“I mean that I can order him to fetch me every mortal alive and, within three voyages of Apollo’s chariot, you will have no one to offer you First Fruits.” Hades let Zeus absorb the enormity of the threat before adding, “Nor will you have anyone to satisfy your other appetites.”

Zeus’ heavenly blue eyes widened. “You would not.”

Zeus took the bejeweled bronze seat across from Hades and availed himself of a goblet of nectar. After taking a leisurely drink, he licked his lips and his voice took on a conspiratorial tone as he spoke. “Come now, Aidoneus,” he began, emphasizing Hades’ title, “do you not see how well off you are as things stand? Whatever do you want a wife for? They’re nothing but trouble, I assure you. Mine is ever meddling in my affairs, attempting to assume for herself a place above me, defying me when she can, haranguing me when she cannot. It is truly no great pleasure to take a female to your bosom as your mate. We can alleviate the gloom of Erebus some other way, hmm? Arrange for numerous nymphs, or even mortal women, to amuse you, whenever you like, for as long as you wish. Surely, you must prefer to taste a variety of dishes rather than limit yourself to the same meal forever?”

Hades stared stonily at Zeus throughout the monologue. His tone was flat when he said, “Marriage to Hera never impeded your own illicit activities, did it? In any event, I don’t require a
variety of dishes
. I want only Persephone.”

“But…only think of her age, Hades!”

Hades’ look turned wary. “What of it?”

“Well, don’t you see? She reached maturity some time ago, without any masculine tempering. She’s headstrong, her willfulness eagerly encouraged by her mother. Persephone will not make for a docile or pliable wife, Hades.” Zeus laughed. “I battled Typhon, the Father of All Monsters, with greater ease than you’d war with my daughter. Nay, you surely cannot wish to spend eternity reining her in.”

“Persephone is no monstrous creature, nor is she a brood mare, awaiting her harness—”

“Ah!” Zeus’ voice rang with triumph. “And there is yet another thing!”

“What other thing?” Hades growled.

“How can you be certain that Persephone is still innocent? Unlike Athena and Artemis, who behave exactly as they ought, Persephone is—”

“Persephone is what?” Hades drew out the words with deadly softness.

Zeus almost seemed to shrink back into his seat. “W-well…there have been whispers, you know. It’s said that Persephone exhibits a great interest in pleasures of the flesh…what if she has tasted them already?”

“No. I have observed Persephone these many years and I know both her character and behavior are above reproach.”

“How can you have observed her behavior from Erebus?”

The King of the Gods wore a look of incredulity but Hades would not, and could not, enlighten him. For he’d sworn an oath by the river Styx, which snaked throughout Erebus, to keep secret the existence of a magically crafted mirror, given him by Hecate, the Witch Goddess. And the penalties for breaking such an oath were severe.

Through the Viewing Mirror, Hades could see anything he wished, simply by naming a subject. In this way, he meant to keep abreast of events in the Heavens and on Earth. Then one fateful day, the god caught sight of Persephone, and she soon became the only subject of interest to him.

The god knew that continued study of the girl was madness, for the tender-hearted female would never love him. Why would she, when she’d grown up hearing only malicious gossip about him from the others? But Hades’ heart was lost to her, and so he did follow Persephone’s every move. Well…very nearly every move. For there had, in fact, been times when he’d sought out a vision of the goddess only to have the Mirror turn gray, as if covered by some fog. When he’d questioned Hecate about it, her cryptic reply had been, “You’ll always be able to see Persephone, as long as she doesn’t mind being seen.” Hades hadn’t known what to make of these words and the Witch refused to explain them, claiming she herself had sworn an oath to keep another’s secret.

Hades had shoved aside his misgivings but, with Zeus’ words, felt them return with a vengeance. It was unheard of for well-bred females to engage in sexual congress before they married, be they human or immortal. And Persephone was the best of them all; she must still be a virgin, surely. Yet, what was she up to those times that the Viewing Mirror fogged over?

When Zeus made as if to persist in his quizzing, Hades forestalled him. “Let us dispense with this absurd debate as to Persephone’s eligibility for marriage. I have stated my case, now I must have your answer. What’s it to be?”