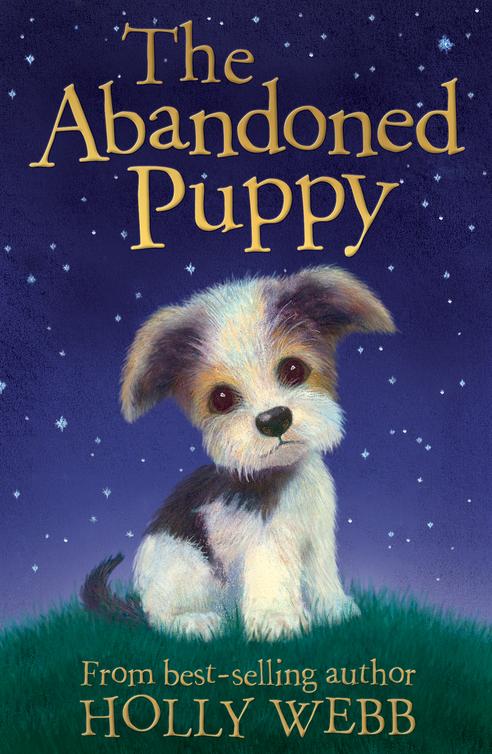 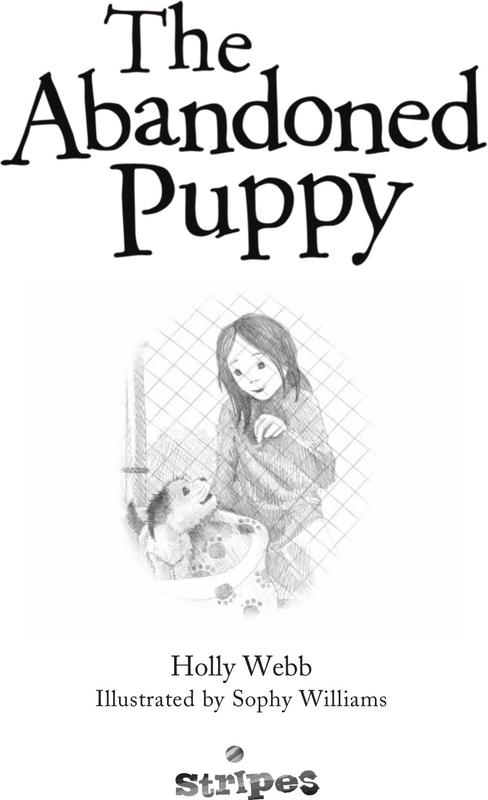 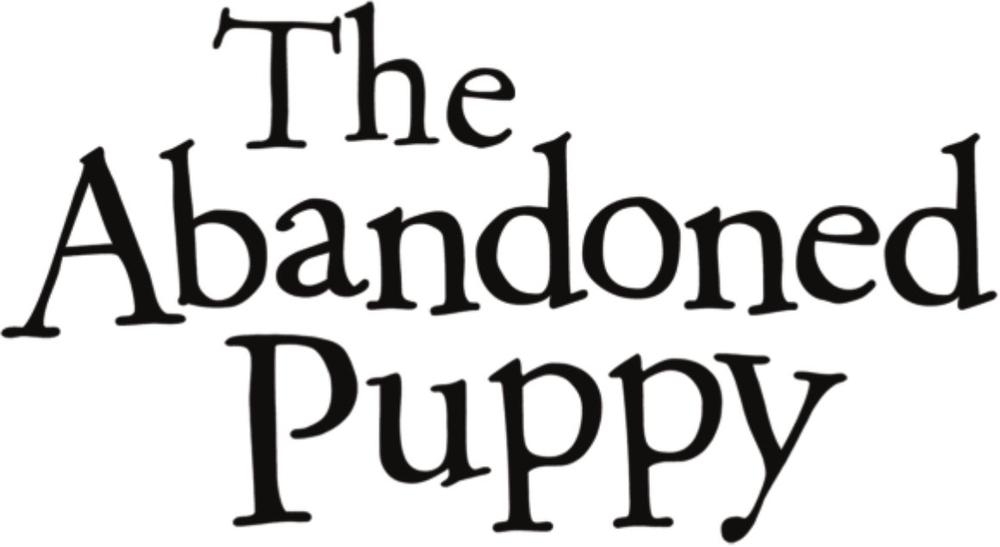 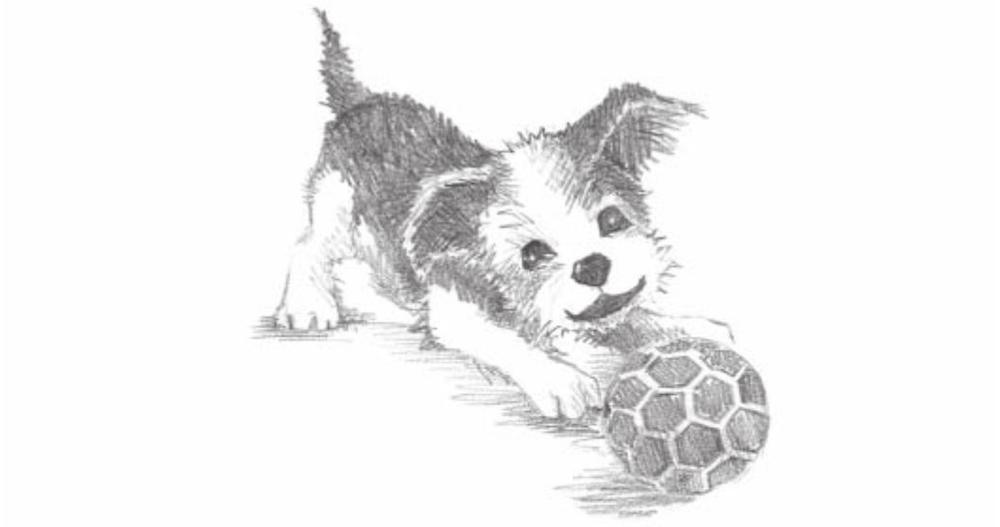 The littlest puppy whimpered quietly. The cardboard box had stopped bouncing up and down, but no one had come to get her out, and it was still so dark. She didn’t like it. She didn’t know where her mother was, and she was hungry.

She squeaked in frightened surprise as a low rumbling noise shook the
box. It seemed to be moving again, swinging and then sliding across the floor. Her two brothers slammed into her, knocking her against the side of the box as the car went round a sharp corner.

The journey seemed to go on for a very long time, but she couldn’t even curl up for a sleep. Every time she managed to get comfortable, the box would slide around again, and they’d all be on top of each other. It was nothing like their rough-and-tumble puppy play in the big basket at home. This hurt, and they couldn’t go and snuggle up against their mother when they wanted the game to stop.

Pressed into the furthest corner, the puppy scrabbled anxiously against her
brothers. They were sitting on her again! Then she realized that they’d stopped – the box wasn’t sliding around any more. Her brothers stood up cautiously. They listened, flinching a little at the creaky wheeze of the car boot opening. Then the box swung up into the air, and was dropped down with a heavy thud.

They heard footsteps, hurrying away. And then they were left alone. 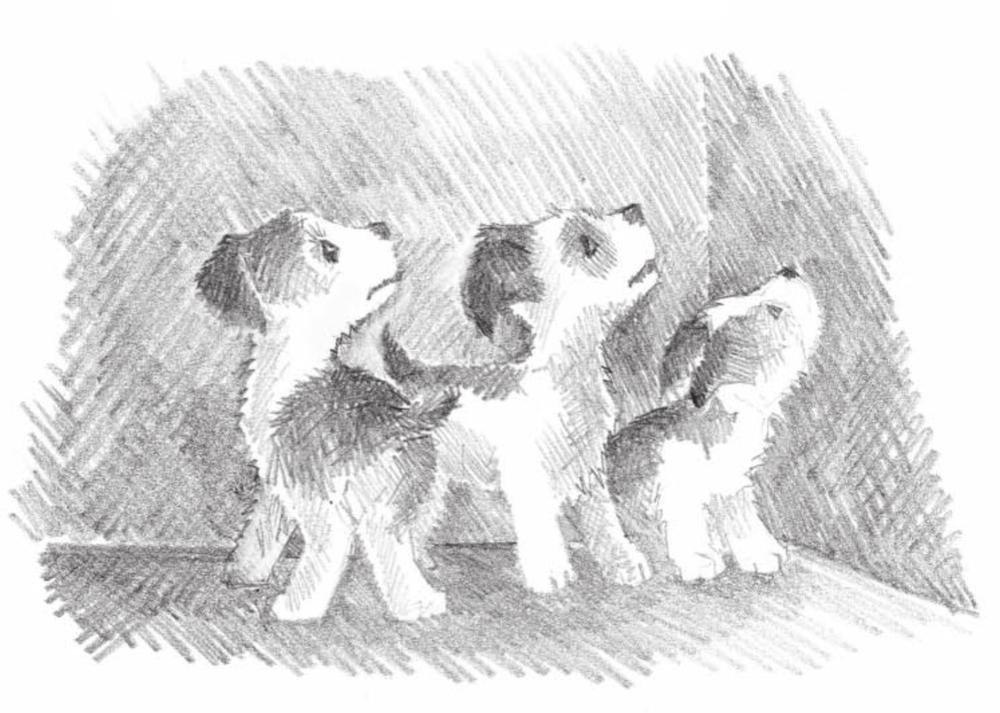 “Are you ready to go, Zoe?” Auntie Jo was standing at the front door to their terraced house, wearing her wellies and her Redlands Animal Shelter fleece.

“Yes!” Zoe dashed down the hallway, stuffing the packet of dried apricots that Mum had found in the back of the cupboard into her lunchbox. She and Mum had both forgotten she’d need packed lunches this week, so Zoe’s lunch was a bit random. Still, she really liked golden syrup sandwiches!

“Where’s your big sister?” Auntie Jo asked, peering down the hallway into the kitchen.

“She’s still asleep.” Zoe shook her head. “Kyra thinks I’m mad getting up
early to come with you when I don’t have to.”

“Well, if you stayed at home with your sister all day you’d just end up watching TV for the whole of the Easter holidays!” Mum called out. “You’ll have a much better time at the shelter!”

“I heard that!” Kyra’s voice floated down from upstairs. “I’m not asleep and I’m not watching TV. I’m revising! In bed! See you later, Auntie Jo. I’ll come and pick Zoe up.”

Kyra had her GCSEs coming up, so she was revising as hard as she could. Zoe was really glad that Auntie Jo had said she could help out at the shelter – she normally only got to help out after school. It would have been boring being stuck at home with Kyra, and Mum
couldn’t afford to take any time off work. Sometimes when they were off school she got to spend the day with her friend Becca, but Becca had gone to her gran’s in Scotland for the fortnight.

“Thanks for letting me come for the whole day,” Zoe said to Auntie Jo, as they walked to the shelter, which was about ten minutes from Zoe’s house.

“That’s all right!” Auntie Jo grinned at her. “I’m not going to be letting you off lightly, you know. I’ve got a long list of jobs for you to do, starting with cleaning out the dogs’ runs, then bathing the cats, and maybe even knitting some bodywarmers for the guinea pigs…” She looked down at Zoe’s worried face. “It’s all right, I’m teasing you, Zo! There
will be loads of useful stuff you can do, I promise, but it’ll be mostly exercising the dogs, if it’s not too wet. They don’t get walked as much on the weekends, because that’s when we get most of our visitors. They’ll all be desperate for a good run around.” 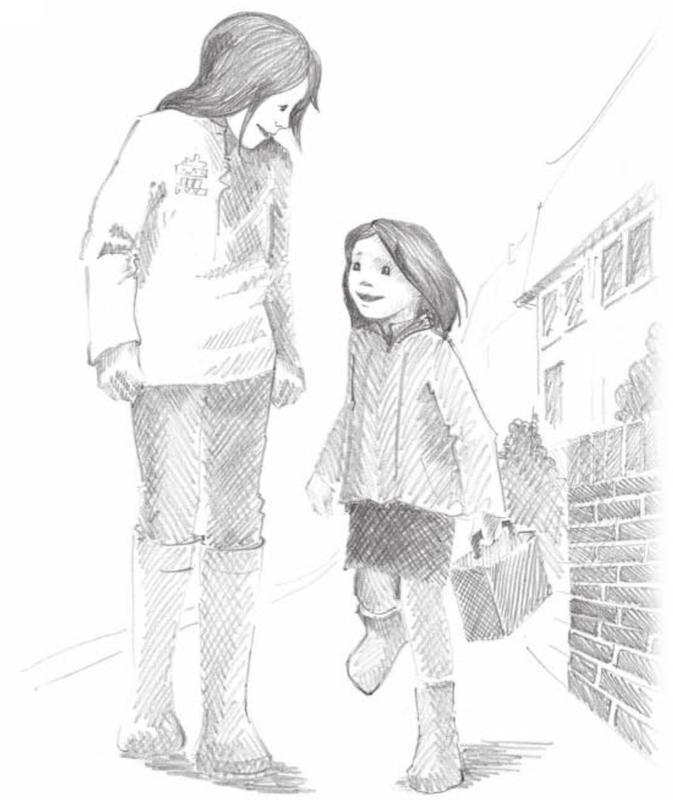 Redlands was quite a small shelter, but it took in every kind of animal. The staff did their best to get them all rehomed but it wasn’t always easy. Auntie Jo had been working there for three years now, ever since she’d gone to the shelter to get a cat and come home with Barney, her gorgeous tabby. She had been working as a receptionist at the local vet back then. That’s how she knew all about Redlands. She’d ended up volunteering to help out at the shelter in her spare time. Then, when a job had come up as manager, she’d jumped at the chance. Zoe had been delighted too.

“You’re so lucky, getting to be at the shelter every day, and see all the dogs,” Zoe sighed. “I’m definitely going to
work somewhere like Redlands when I’m older. Or maybe I’ll be a vet,” she added thoughtfully.

Auntie Jo smiled at her. “It is a lovely job at the shelter,” she agreed. “But it does have its sad bits too. Sometimes it makes me so angry the way people don’t look after their animals properly. And it isn’t always the owner’s fault either. Sometimes they really love their pets, but they just can’t care for them in the same way any more. That’s really heartbreaking.” She sighed. “I just want to take them all home with me. But four cats is quite enough.”

“Mmmm. So, did anybody take a
dog or cat home over the weekend?” Zoe asked. She loved hearing about the new homes the animals went to. She liked to imagine herself into some of the stories Auntie Jo told. She would have loved to have had a dog from the shelter, but she knew they couldn’t. It wouldn’t be fair to leave it all alone in their house while Mum was at work, and Kyra wasn’t really a dog fan either. She’d been chased across the park by a huge Bernese Mountain Dog when she was about four. She and Mum had been on their way to nursery, and Kyra had been on her scooter. The dog had only wanted to be friendly, but Kyra hadn’t known that, and she’d fallen off trying to get away from him. She’d been scared of dogs ever since.

“Edward got chosen this weekend!” said Auntie Jo. “Finally! I’m so pleased, Zoe. I thought he’d never find a home!” Zoe grinned. Edward was one of the older dogs – a bulldog. A lot of people seemed to think that they were
weird-looking
. Everyone always wanted a cute little puppy but Edward had such a sweet nature. 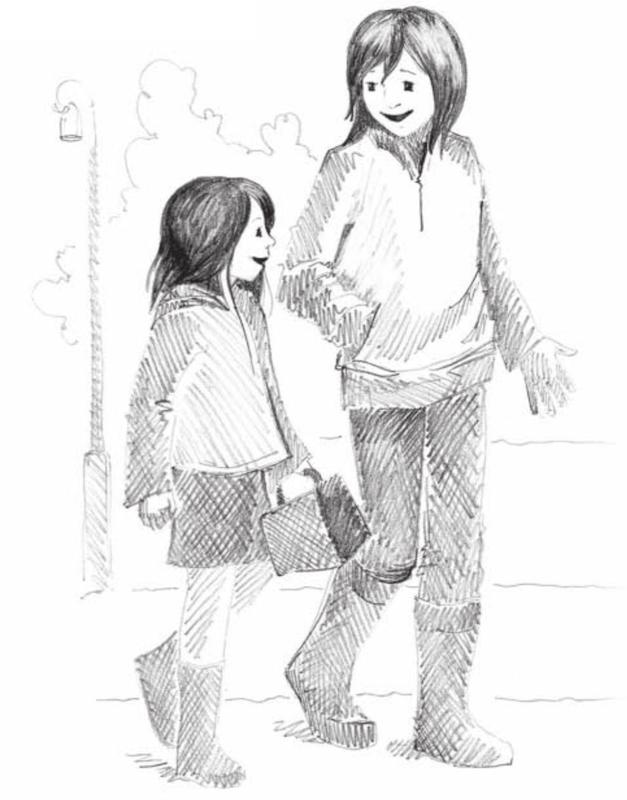 “An elderly man came in,” Auntie Jo went on. “He wanted Edward straightaway. He said that he’d always had bulldogs, and Edward was a smasher. That’s what he called him – a little smasher!”

Zoe giggled. “I hope he isn’t. He is a bit clumsy. He does bump into things.”

Auntie Jo laughed. “One of the staff went round and did a home visit, because Mr Johnson was so keen to take Edward straightaway. She said it looked perfect. A nice bit of garden, and near a park for good walks. She reckoned Edward and Mr Johnson were a perfect match – both of them on the elderly side. You know Edward never liked walking very fast!”

Zoe nodded. She’d taken Edward
round the park with Auntie Jo and a couple of the other dogs from the shelter before. It was the slowest walk she’d ever been on!

“Lucky Edward. And lucky Mr Johnson,” Zoe said. “I bet they’re having such a lovely time.” She wrapped her arm through Auntie Jo’s, and leaned against her with a sigh. “I know we can’t, but I do wish I could have a dog of my own…”

Bolitho 04 - Sloop of War by Alexander Kent
I Am God by Giorgio Faletti
The Devil's Making by Seán Haldane
The Copper Gauntlet by Holly Black, Cassandra Clare
Hendrix (Caldwell Brothers #1) by Chelsea Camaron, Mj Fields
Her Last Wish by Ema Volf
Fall Forever (Fall For Me) by Marks, Melanie
Fresh Blood by Jennifer Colgan
Frosting and Friendship by Lisa Schroeder
Bloodstone - Power of Youth (Book 3) by Guy Antibes
Our partner