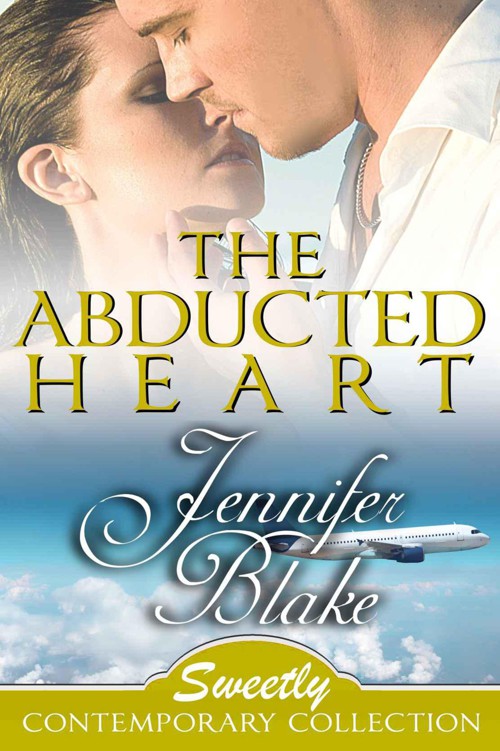 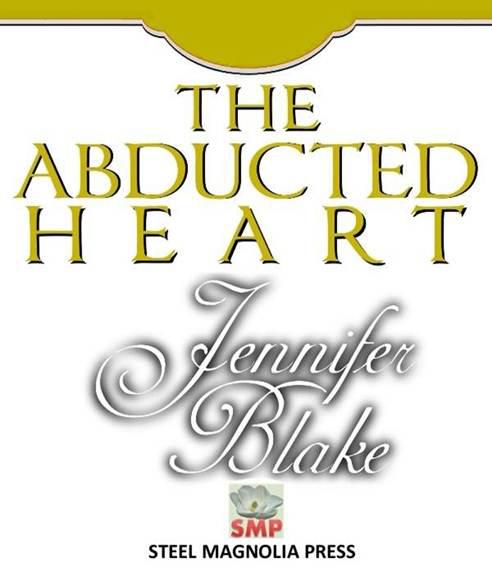 It was going to be one of those days; Anne Matthews discovered that early. To begin with, she overslept. The small alarm clock that had been one of her presents when she left the family cottage of the Children’s Home three years before had stopped during the night, ticking its last at half-past the witching hour. There was no time to sigh over it. She was late for work. Then in her haste to dress she snagged a run in her last pair of panty hose. A quick dab of clear nail polish prevented it from running further, and in any case it was hidden by the tongue of the sensible shoes she wore in her job as a caterer’s assistant, but it left her feeling harried and unkempt.

Neatness was important to her. There had been little of that commodity in the orphanage cottage shared with seven other foster brothers and sisters. Vaguely she could remember a quieter, more ordered time before her parents were killed when a bridge had collapsed, plunging their car into a flooded river in Louisiana. She could remember also the feeling of security she had known then, though she could not consciously bring to mind the faces of her parents or where and how they had lived. Still, those memories were enough to make her determined to use the secretarial skills she had been taught to reestablish that atmosphere around her. Toward that end, she adopted an air of calm efficiency.

She wore her shoulder-length hair in a smooth pageboy not because the style gave her hair the sheen of tawny silk, but because it was easy to keep under control. Because it saved time, she used the bare minimum of makeup, disregarding the dramatic potential of enormous eyes of a velvet brown softness fringed with thick, dark lashes. The clothes she bought herself were practical and easily cared for as became her no-nonsense image. It was not her fault that their severity did not suit the warm impulsiveness of her smile or the secretive, almost dreamy look that touched her delicate features in repose.

The morning did not improve once she left the small apartment she shared with a roommate, Judy Kramer. Judy, a secretary in a nice, dull office building nothing at all like Metcalf Caterers Inc., had the long weekend off. She had flown to New Orleans with her parents, leaving behind the small red Toyota, a present from her parents when she left home, for Anne to use. The only catch was that Judy had used it the afternoon before to run the dozens of small errands necessary before she could pack for her trip, and she had neglected to put gas in it. Walking ten blocks to the nearest gas station with the chill wind of December penetrating her lightweight suit jacket, whipping her hair, and blowing fine Texas sand from the streets into her face did not improve Anne’s temper.

Metcalf Caterers was not the largest catering firm in Dallas, but it was
growing,
and in the five years it had been in existence had built up a select clientele. Anne had been with the husband-and-wife team, Joe and Iva, for three of those years. Starting as secretary-receptionist, she had gradually become much more than that. She turned her hand to anything from marketing to serving at tables. She could blend a sauce, decorate a cake, arrange a centerpiece, or balance the books with equal ease, and as Iva Metcalf told her with a wry grin, look as if she were enjoying it. Usually she did just that, but there were days...

“Where have you been?” Iva exclaimed in pained accents as Anne came through the glass doors of the reception room at last.

“You will never believe what I have been through this morning...” Anne began.

Iva shook her close-cropped red head. “Don’t bet on it. This telephone hasn’t stopped ringing since I got here. Mrs. Burson, the woman who has the luncheon today, called to inform us that of the twelve guests she will be entertaining, one is allergic to tomatoes, one to eggs, and one can’t abide the sight of mushrooms. She just thought we might like to know. Mrs. Otley, whose daughter is to marry the oil millionaire this evening, wants an oil derrick as an arch over the bride and groom on top of the cake she ordered, and Señor Ramón Carlos Castillo’s secretary called to inform us that the señor has canceled his dinner party planned for tonight at his hotel suite. He is flying back to Mexico City late this evening because of illness in the family — it’s his grandmother — and he would like a simple dinner delivered to his private jet at the airport before seven o’clock. He doesn’t want anything elaborate since he will be traveling alone, without his usual steward, private secretary, and half-dozen flunkeys, just something he can heat and serve himself; a trout Marguery, fresh asparagus, fresh pears — out of season, of course — and a bottle of chilled white wine.”

Turning to hang up her shoulder bag and coat in the closet, Anne asked, “Don’t these people ever eat anything simple, like a ham sandwich?”

“If they did, we would be out of business,” Iva replied. “Anyway, men like Señor Castillo can afford the best. Why shouldn’t they have it?”

“It seems such a waste, all that time and trouble for one man when he could have solved the whole thing by buying himself a loaf of bread and a package of sandwich meat.”

“You mean have his chauffeur stop for it on the way to the airport? Your trouble, Anne dear, is you don’t think big enough.”

“No doubt you’re right,” Anne agreed with a wry grimace. “What do we tackle first?”

“If you will see to Mrs. Otley’s oil derrick, I’ll start the search for the señor’s trout and pears. We must pamper our largest account. Keep your head down as you go into the kitchens though. Tony is not in the best of humors after having to rearrange his menus, and he’s threatening to quit again, of course. If you can manage to work your usual magic at calming him down, I will be eternally grateful.”

Tony was their chef, and as such, a man to be placated at all costs. A French Creole from Louisiana, he had learned his art in some of the great kitchens of France. Returning to his native New Orleans with the title of cordon-bleu, he had worked for ten years in one of the most famous restaurants in that city. He had left to start a small restaurant of his own, but the venture had not been a success. One reason was his insistence on quality; only the best was good enough to go into his culinary creations, and not enough people were willing to pay the cost. Another reason was his temper. He was apt to take anything the diners left on their plates as a personal affront to his skill, and it was not unknown for him to charge out of the kitchen and demand what was wrong with a particular dish. To have anyone question or change his menus also raised his ire, and Anne was not surprised, when she passed through the doors that led to the chrome and white-enamel kitchens of the catering service, to find him chopping shallots with vicious precision and casting them into a skillet with all the muttered maledictions of a sorcerer brewing poison. Buttoning herself into the orange nylon cover-up she wore while in the kitchen, she summoned a smile and set herself to the task of soothing Tony.

She found time in the middle of the morning for a cup of coffee and a sweet roll, but she had to eat standing up. Finally the luncheon menu of baked red snapper in a brown oyster sauce, broccoli au gratin, Metcalf’s special home-baked French loaves, and French chocolate silk pie was complete. It was Iva and her husband Joe’s job to transport it to the home of Mrs. Burson, where her kitchen staff would serve it. But eleven o’clock came and went with no Iva. Then, just as Anne was sliding into the front seat of the van, Iva’s station wagon came wheeling into the parking lot. She stepped out on the run, threw a package wrapped with butcher paper and a couple of brown paper bags into Anne’s arms. “Paint it with black spray paint,” she called, scrambling into the van, and then she was gone.

The butcher wrap contained three nice trout. In the bags were three flesh ripe pears with just a blush of pink on their tender green skins, and a white plastic replica of an off derrick.

Sprayed black, the derrick looked hideous towering over the poor little bride and groom dolls on top of a cake four layers tall. Painting it silver instead was slightly better, but Anne still thought, as she helped settle it into the van late that afternoon, that the best thing to be done with it was teat it off and toss it in the trash can. Cases of champagne, cans of nuts and mints, the ingredients for the firm’s secret recipe bridal punch, and an assortment of hors d’oeuvres packed in white cardboard boxes had already been loaded. It was with a distinct feeling of relief that Anne watched Joe and Iva pull out of the parking lot with that assignment. Now all that was left was the señor’s supper, and this temple day would be over. The weekend would be hers, two whole days to loaf, read, wash her hair, and recover from this ordeal.

The trout Marguery sat cooling, filling the air with an aroma so delectable it was all Anne could do not to sit down and devour it; the asparagus, exquisitely tender, had been anointed with butter; the French loaves were wrapped in their heavy linen napkin; the pears nestled in a nest of tissue in a small woven basket; and the wine, a dry Chablis, sat cooling in its disposable plastic cooler. Tony, his duty done, threw down his chef’s hat and went home, and his two helpers, after clearing the kitchen and putting the dishes away, were not long in following him.

By a quarter after six Anne was growing anxious. The meal was due on board the plane at seven o’clock sharp. It would not do to disappoint their best customer. Anne had never met him personally, but from comments Iva had made from time to time, she thought Señor Castillo would not be the kind of man to easily forgive those who had failed him.

The jangle of the telephone cut across her thoughts. With a quiver of apprehension along her nerves, she reached for it. At the sound of Iva’s voice, she let out the breath she had caught in a sigh of purest relief. It was short-lived.

“Anne, I hate to tell you, but Joe and I are hung up over here. There’s been a five-car pileup on the Interstate and the traffic is so snarled up we won’t be able to move for hours.”