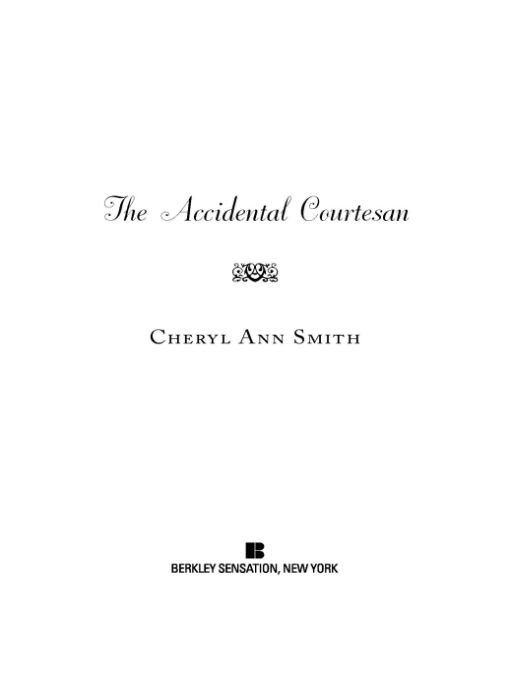 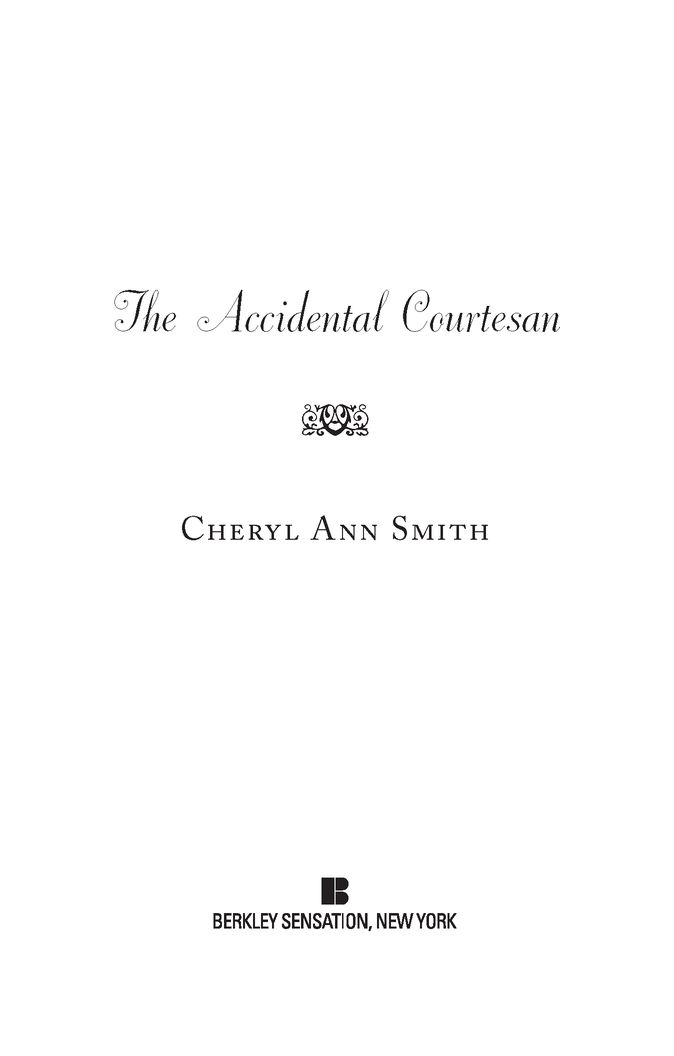 To Duane, Paige, Regan, and Ethan, I love you guys.
And finally to Joan Smith and Joan Cole:
Thanks for your infectious enthusiasm!
Acknowledgments
First I'd like to thank everyone at Berkley Publishing for all the wonderful work they do. I'd especially like to thank my editor, Wendy McCurdy, for lifting my books to another level, and to Katherine Pelz, who is quick to answer a question or offer encouragement. I appreciate your patience and support! And to George Long, Jim Griffin, and the entire Berkley art department, you guys do fantastic work. My covers are stunning. Thank you so much!
As always, thank you, Kevan, for everything you do for me.
When I first started writing, I knew nothing about the publishing business. For teaching me so many things, I'd like to thank Romance Writers of America and the Greater Detroit RWA chapter. I'm always amazed by the camaraderie and giving nature of my fellow writers. There have been so many people throughout the years who've been quick to give helpful advice and the benefit of their wisdom or just made me laugh. For that, I appreciate you all so much and plan to pay it forward.
Chapter One

L
ady Noelle Seymour wobbled slightly on the trellis and bit her bottom lip to keep from crying out. Two stories up, the redbrick town house appeared much taller than when she'd decided to go through with this ill-conceived plan and had slipped across the lawn and into the shadows of the building like a sneak thief. Still, the intrigue of a grand adventure had trumped any final hesitation as she donned a pair of black, rolled-up trousers and matching shirt and set off for the Mayfair town house of the Earl of Seabrook.
She weaved her hands through the scratchy climbing vines and held the trellis in a viselike grip. If her sister Eva, Her Grace, knew what she was doing this evening, she would hand Noelle's head back to her on a platter.
Yet, she forced herself onward. Prickles of excitement were twisting through her. She was no longer a proper lady from a good family, but an adventuress without the encumbrance of society's rules. For this night, anyway, and she'd not let fear or common sense ruin her outrageous adventure.
Tomorrow she'd be tucked back in her corsets and stockings with no one the wiser. Prim, if not quite proper, Lady Noelle.
Tentatively, Noelle extended a toe toward the window ledge, her heart pounding loudly in her ears. Once her foot found a firm place, she removed one hand from the trellis and clutched the windowsill in a death grip. If she fell, it would be more than broken bones or possible death that faced her. If she were discovered breaking into the married Seabrook's house, in the middle of the night and dressed like a boy, the scandal would ruin her forever in the eyes of the Ton.
Mother would bury her so deep in the country, she'd shrivel up, dry and crackled, like a neglected daisy deprived of water and sunlight.
Noelle grimaced and brushed a leafy twig away from her chin with her gloved hand.
Death would be preferable to the shame of being sent off in exile. If she plummeted to the ground, she'd pray she landed headfirst and died instantly.
“Almost there,” she muttered for courage, and slid her foot across the narrow stone ledge. Ever so slowly, she eased her body to the right, skimming her belly against brick; she was thankful the town house was blessedly quiet.
The earl was in Bath with his wife, according to gossip. This gave Noelle enough time to return the stolen necklace and save Bliss from prison or, worse yet, hanging.
Beautiful Bliss. The girl had the sense of a donkey.
Noelle smiled wryly. Clearly, at this moment, both were superior to her in intelligence. Neither courtesan nor donkey was about to commit a crime that might well land her into the cell adjoining Bliss's at the horrible Newgate Prison.
For an instant, Noelle considered which was worse: exile by her mother or getting caught by the Bow Street Runners and spending years in Newgate. Knowing Mother as she did, she'd almost prefer the latter.
Still, it was too late for regrets. The darkened window loomed before her. In a few minutes the item would be safely returned and she'd be on her way home.
Gingerly, she leaned on her right foot to test the strength of the ledge and reached for the window. She whispered a brief prayer, flattened her palms against the painted wood frame, and pushed the window up. Relief flooded through her as it opened easily with only a slight scraping sound.
She'd not have to fumble along the ledge to find a second or third unlocked window. Clearly, His Lordship didn't expect anyone to make such a perilous climb to steal his valuables.
With extreme caution, she poked her head into the room to make sure it was empty, then stepped gingerly inside. In the blackness, she heard nothing to cause her alarm. No snoring, no shifting of a body on a bed. The space was blessedly quiet, and she pulled in a deep soothing breath to loosen the tightness in her chest.
According to Bliss, either this room or the one next to it belonged to the earl. The girl wasn't certain which, as she'd been distracted during her brief visit by the amorous attentions of the earl. Though he kept a separate and smaller town house for his courtesans, he'd smuggled Bliss into his home some months ago, while his wife was enjoying the soothing waters of Bath.
With outstretched arms, Noelle walked around the room, searching for the bed and the blue coverlet that would assure her she was in the right room. If she was to return the necklace and lead the earl to believe it had only been misplaced and not stolen by his former courtesan, she had to put it in a place where he could easily “discover” it as soon as he returned.
A task that turned out to be easier said than accomplished.
The blasted room was too dark! Not even the moon offered its cooperation, as it remained well hidden behind the blanketing storm clouds. Lightning would certainly help, yet it also failed to make an appearance.
Luckily, she soon found the massive bed. The coverlet was dark blue, or black, or even a deep green. She lifted the fabric to her nose to squint at it close up, fairly certain now that it was green.
Blast! With no time to linger, Noelle dropped the coverlet and fumbled across the room. With outstretched hands, she felt around for a door, then eased it open. Once in the dark hallway, she followed the wall to the next room. The panel creaked softly as she pushed the door open. She froze.