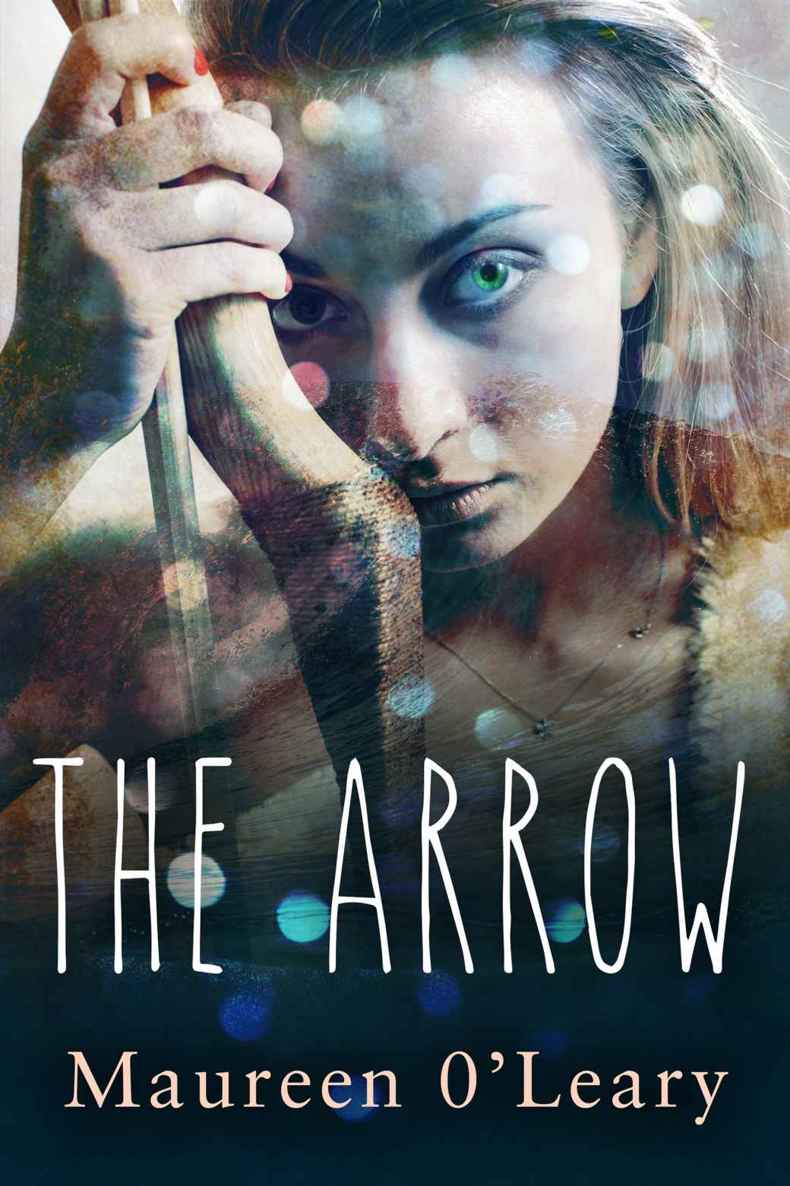 This is for Margaret

This novel is in honor of the magical ones.

Thanks first of all to Paul and Phillip Garver, the true Story Keepers. It is an honor to be a Geminid Press author.

Tricia Ireland Stirling is a goddess of imagination who manages to be both a supportive and honest reader. I am beyond lucky to work with her.

I am inspired by a pantheon of artists who never allow me to forget the power of making art. Thank you Laura Alvarez, Evan Hartzell, Marie Durquet and Andrew Kjera.

Healing goddess Lora Schoen always believes in me and is actually made of magic.

I am grateful to MW for being an early reader of this work. Someday I will be standing in line at your book signings.

Thanks to my husband Jim Wanket and daughters Ciara and Margaret. You are the reason for everything. Thank you for not teasing me for believing in faeries.

6. The Mercy of Sharks

19. The Scent of Drying Sagebrush

27. The What-ifs and the Demons

31. The Square of Golden Rushes

The day that young Fynn Kildare was infected began like any other Saturday in the walled commune by the sea. Children ran through the meadow, weaving through the groups of outsiders waiting to be healed. Fynn gazed at the young ones through the windows of the meeting room. Saturdays were always hard work for her. She sat on a cushion surrounded by disciples who were dressed as she was in rich colors like jewels. Her older sister, Liadan, brought in the sick and injured, one by one. Fynn was only fifteen, but she acted with an old soul when she placed her hands on the pilgrims’ heads, their legs, their stomachs.
Where does it hurt?
With the first touch, she knew the answer. With the second touch, the pain was gone.

Fynn loved the pilgrims who lined the road outside the gate on the Saturdays when they opened Brigid’s Keep to strangers. She loved chasing away their illnesses and making them well. Gifts spilled over the altar and onto the floor. Lia liked the silver jewelry and the chocolates, while Fynn liked the art supplies and arrows. They shared everything else later with their Keep friends in a party around the bonfire where they played drums and drank wine.

Their father, William the Story Keeper, kept the arrows locked in bunkers built in the eastern end of the Keep. They would need them one day, he said. Fynn knew well the zing of the bowstring. She was ready for the war against the demon armies her father said were amassing like storm clouds to bring about the end of the world. During practices, she never missed her marks. Fynn was not afraid of anything. She knew how to fight, and besides, her mother would protect her. Her mother would protect everyone.

Sunbeams from the enormous windows bathed Fynn’s shoulders in warm gold. She stretched her arms over her head. The day was almost over. Her palms burned with the work of the healing. She held them to her cheeks to cool them.

A shadow passed in front of the entrance. Komo bowed to get through, his guitar strapped on his back. He leaned against the wall, a slow smile making Fynn’s stomach light. A few of the commune girls clung to his sides, combing his long hair with their fingers. He winked at Fynn and her belly flipped. He was so beautiful, he stole her breath.

“One more and we’re through,” Lia said. “Komo will still be there in a few minutes.”

Fynn was not sure that was true. Komo forgot to meet her after archery practice the day before. She found him later, in the meadow weaving a windflower crown with one of the girls who hung on him in the meeting room. His attention span could be as short-lived as a spray of sparks, but she didn’t know jealousy. Komo belonged to her in a special way. He was the son of Dionysus, she the daughter of Brigid. She met his light brown eyes and felt the pull of the late afternoon breeze, the good surfing waves beyond the wall.

Come play with me
, he said
.
He did not speak, but her ears hummed as if he sang out loud.

“Sister,” Lia said in her gentle voice. “You must concentrate.”

Komo blew a kiss before turning away, his entourage following. Fynn sighed as she waved him good-bye. She forced her attention to the final pilgrim, while Lia whispered the facts.

The last patient was a homeless woman who had managed to walk the ten miles from the town of St. Cocha. The heap of diseased flesh and tattered clothing reeked of urine and sweat. The poor woman. How fortunate that she had made it so far. She would leave the Keep glad she’d had the faith to come. Earlier that day, Fynn had cured a boy with a severed spinal cord. He walked away on thin, but working, legs. Fynn’s dad had to remind the boy’s parents to take his wheelchair with them when they left. She could do at least as well for this woman.

The pilgrim clasped a used bottle of perfume in her grimy hand. Some gifts the disciples threw out after the outsiders left. The rule was for the pilgrims to give the best they could. For some, their best wasn’t much. Fynn took the bottle as though it were the finest thing and expressed thanks. She forgot for a moment the lure of Komo and the cool ocean waves. It would be wonderful to rid this woman of her discomfort and pain.

Before beginning, Fynn looked around for her mother among the Keep disciples. Brigid usually stayed in the meeting room on healing days. Fynn had not noticed her leave.

Fynn nodded, white light already flooding her eyes as her hands spread across the sick woman’s back. In the space of a breath, healing energy pulsed in her palms. Fynn sent tendrils of light into the woman’s body to find the sick places to direct the power.

What bubbled up was worse than the end of the world.

Fynn went rigid. The light exploded, and then vanished. There was nothing, but the mouths of starving children filling with flies, mothers sobbing over their dead babies, the unearthly moans of a thousand torture victims. Lia pulled her away, but it was too late. Fynn bucked on the floor in pain that felt like her spine was bursting from her skin. She opened her mouth to cry, but nothing came out.

Lia called her name, but Fynn was circling down. The gentle hands of her sister and disciples turned into grabbing claws of demons that would pull her into the depths of a hell where love could never find her.

She found her voice and screamed.

Someone wicked followed Dr. Fynn Kildare. His presence hung in the air of the University Café like a sick person’s breath. The student onstage at the open mic railed against the evils of the Cain Pharmaceuticals Company in a series of rhymes, cheers of appreciation rising after every couplet. Rants about corporate evil went over well with this crowd. Fynn sipped a cup of good coffee, but she couldn’t relax and enjoy herself. A bad feeling flowed through her inborn psychic frequency. Every demon story her father ever told when she was a kid tumbled in her head, a comic book’s gallery of villains: demon armies, demon stalkers, demons in the shapes of men.

Whoever had followed her to the cafe through the campus woods did not mean well. She couldn’t spot him, but she sensed jealousy, possession. She sensed a heart twisted enough to be demon-blooded, but humans could be just as broken. Either way, it was no good. Dread stirred in her stomach. In the café, no one looked strange or out of place, yet gooseflesh crawled up her back. It was confusing. There was no reason why she shouldn’t be able to see who it was. It was like she was getting choked with static through a bad connection. She decided to leave.

On the way out, one of her organic chemistry students blocked the door. Jasmine was her name, smelling like patchouli.

“I’m so glad to see you, Professor,” she said. She’d been onstage when Fynn entered, deep in a spoken word piece about the environment that equated lumberjacks with serial killers.

“Yeah, great poem,” Fynn said, looking over the girl’s head. “Didn’t know there were so many words that rhyme with trees.”

“I feel guilty even being here, you know?” Jasmine said. “My roommate had a 104 fever this afternoon, but she won’t go to the student health center. I hate even asking and I know you’re super busy, but could you like, check in on her for a second?”

So it was that Fynn Kildare found herself descending into a freshman dorm hall party on a Friday night. At least she’d found the one place no self-respecting demon stalker would ever follow. She reminded herself that she loved all humanity, even when it sweat cheap beer through its skin and blasted the Beastie Boys through mega speakers. A crude banner hung from the ceiling.
Bacchanalia.
As if any of these kids could handle a real one of those. Not one of them would last even seven minutes in the woods under the moonlight alongside maenads and satyrs, drinking wine made by the gods.

A boy in a toga threw himself against Fynn as Jasmine fumbled with her key.

“Back off,” Fynn said, elbowing him in his soft stomach. He smelled like pickles.

“You’re so hot,” he said. A speck of his spit flew against her nose.

“Shut up, Brandon,” Jasmine said. “This is my professor. Have some respect.”

“You’re a professor? You don’t look old enough. I don’t believe it”

Once they were inside her room, Jasmine slammed the door against the party noise. A girl lay silent as a corpse in one of the long twin beds.

“Tell her she needs to go to the doctor,” Jasmine said. “She won’t believe me.”

Fynn knelt by the bed. She rested her hand on the girl’s head and felt along her spine.

A bad heat radiated off of Karen’s skin. Despite the booming bass line that shook the walls, the cloak of death muffled the room.

“Tell them she’s barely breathing.” Karen’s system was on the losing side of a war in her spinal column. Viral meningitis clustered in the bone marrow. Swarming viruses invaded healthy cells and exploded them apart like swallowed grenades. Jasmine pulled out her phone, but she would be too late. If the paramedics were already there, they would be too late.

One Night to Remember by Miller, Kristin
Haunted Warrior by Allie Mackay
The Hidden Mistress - An Erotica and Romance Paranormal/Historical Novelette by Mayfair, Dorian
When He Was Bad by Shelly Laurenston, Cynthia Eden
A Step to Nowhere by Natasha A. Salnikova
The Trail of 98 by Service, Robert W
Bitter Eden: A Novel by Tatamkhulu Afrika
Dancers at the End of Time by Michael Moorcock
In Arabian Nights by Tahir Shah
A Small Town Dream by Milton, Rebecca
Our partner