Read The Artist and Me Online

The Artist and Me 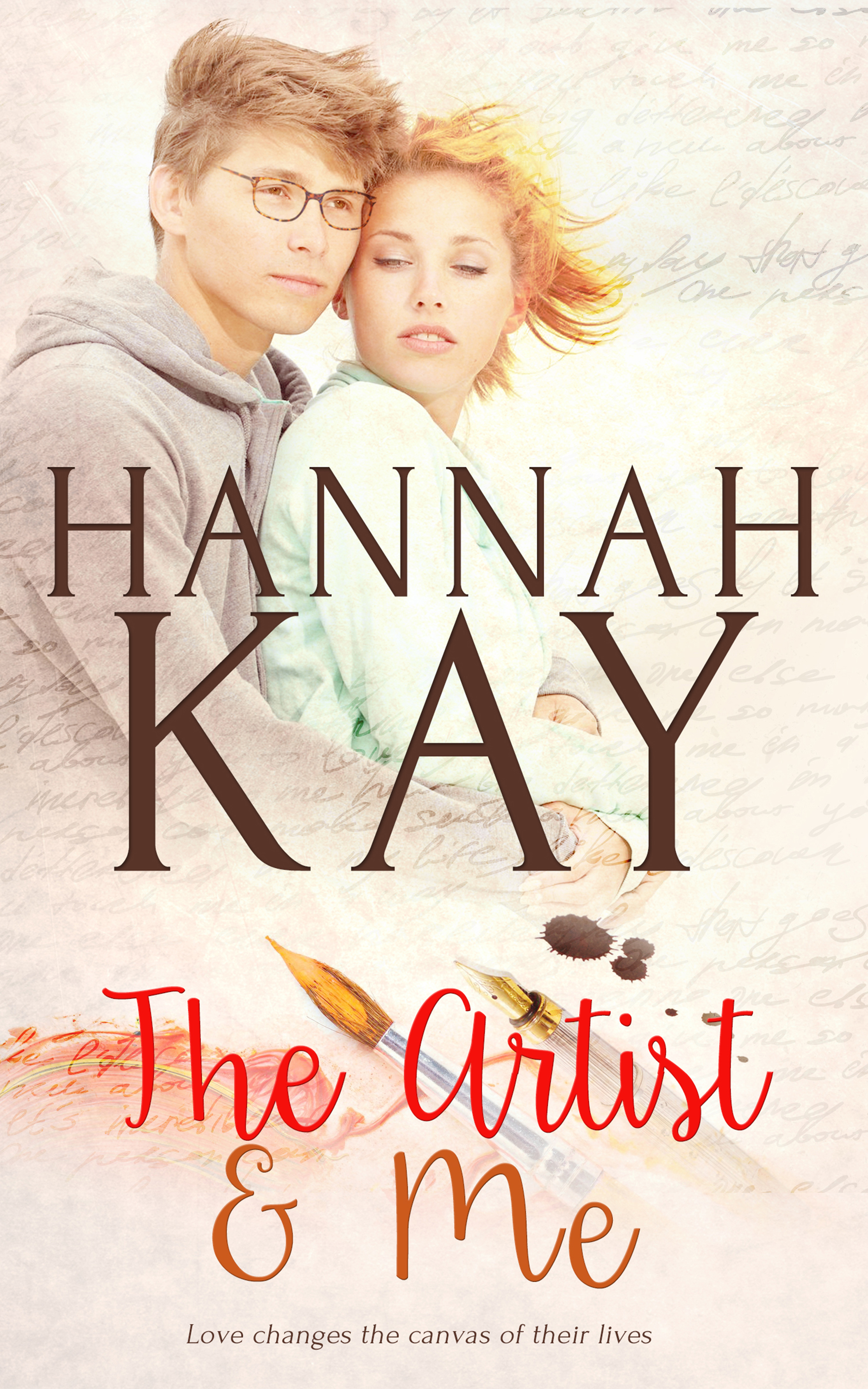 The Artist and Me

All rights reserved. No part of this publication may be reproduced in any material form, whether by printing, photocopying, scanning or otherwise without the written permission of the publisher, Finch Books.

Applications should be addressed in the first instance, in writing, to Finch Books. Unauthorised or restricted acts in relation to this publication may result in civil proceedings and/or criminal prosecution.

Finch Books is a subsidiary of Totally Entwined Group Limited.

THE ARTIST AND ME

Like the colorful strokes of her brush, love changes the canvas of their lives.

Lucas is just a small town writer starting a summer internship at the local paper when Julie blows into town
like a cyclone. Legs a mile long, ginger hair that curls delicately to the small of her back and a smile that could generate enough energy to power Carltonville for months on end, she is easily a knockout.
Unlike the other girls at the high school, though, she simply is what she is—beautiful, smart, confident and an artist to her core—all facts that cause the girls to hate her and the guys to want her.

By some stroke of luck—or so he feels—she is choosing to give Lucas, the quiet writer guy, a chance. It doesn’t add up, but Lucas isn’t going to dispute it. He just prays to the great God in Heaven that he doesn’t screw it up.

The writer and the artist—pen and paint. Is this story a masterpiece that will stand the test of time or will it fade with the summer sun?

To my family—my mama, Amy Kay, my sister, Lilliana Kay, and my granny, Kay Karen—who put up with the insane ramblings of a teenage girl and helped them become a book.

“Lucas!” A firm hand rapped against my door and I growled, rolling over in bed to peer at the alarm c
lock poised atop my ever-growing stack of books ‘to read’.

It was seven-forty-five on Tuesday morning. Tuesday, May twenty-third, to be exact. Today I would begin my internship with Alexander Swift, proprietor and, for all intents and purposes, editor of the
Carltonville Gazette
. It wasn’t the
New York Times
,
The
Boston Globe
or anything of the sort, but it was a real news office and it would most certainly be a step up from the
Eagle Newsletter
at school, where Sally Rainwater was editor only because she’d been the most popular person in the room on a random Thursday during assembly.

About twenty minutes later I arrived in the kitchen, freshly showered and wearing black slacks and a blue button-down shirt. Mom was setting loaded plates out on the table—four bright yellow plates to match the sunshine streaming through the open windows. My mom, wearing a pair of jeans and a simple black T-shirt covered with a tattered apron, loved sunshine. She was a kindergarten teacher during the school year, the perfect career for her demeanor.

My father was bent over the newspaper, but don’t be fooled. He wasn’t scanning its contents for new writing techniques or anything remotely creative. He was checking for stocks—reported straight from the Big Apple. The collar of his white starched shirt stuck up in the back. Classic Dad, the ever distracted businessman.

Clara, my younger sister by a year, was reclining in her chair and wearing a thin green T-shirt over her—surely—skimpy bikini to prevent Dad’s annual freak-out over her choice of swimwear. Did I mention that for most of Carltonville High’s student body, today was just the first day of summer vacation?

Clara rejected the plate Mom placed in front of her, instead plucking an apple from the bowl in the center of the table. “Alyssa is picking me up in five.” She took a bite.

Dad’s ears perked up. “Going out to the beach?” He didn’t wait for a response. “Who’s going?”

The inquiry went on as I ate my eggs, toast and bacon, the same inquisition that occurred every first day of summer. Dad dug around for information and Clara skirted around the truth. It was the same result. Dad, charmed by his baby girl, believed Clara and her two best friends were going to the beach sans boys to soak up some sun on the first day of summer when in actuality it would be Clara, her two best friends, plus practically the entire student body of Carltonville High—boys included—as it had been since Clara was thirteen.

She stood at the beep of Alyssa’s horn and pecked Dad’s cheek for good measure, grabbing her bag from where it’d been tucked under her chair and bouncing out of the front door without another word.

My mom, completely aware of Clara’s real plans, bit her toast carefully, checking her watch. “You’d better head out too, Lucas. Don’t want to be late on your first day.”

With that, Mom bought me time to run by and grab some coffee, something she and I had in common. I was about as far from a teacher as you could get, but I could put away a cup of coffee in under three minutes on our ‘commute’ to school—the high and elementary schools of Carltonville were basically the same entity. In fact, the idea of a ‘middle school’ had been eradicated from our schools long ago. Needless to say, my dad detested coffee so much that he banned it from his house. He was definitely the stricter of our parents, the iron fist to mom’s soft lilac.

I climbed in the front seat of Hendleson, my beat-up black Ford, and slammed the door behind me—not out of anger. It jams easily. My grandfather bought Hendleson on March twenty-seventh, 1972—also known as the day my dad was born. Granddad drove that truck until my dad went off to college and he passed it on. My dad was never very fond of Hendleson, though, so the second he raised enough money to buy a car, Hendleson took up a dusty corner of the garage until I got the keys on my sixteenth birthday. Unlike Dad, I loved that piece of scrap metal.

I traveled down Elm to the Square—epicenter of social life in Carltonville—separating residential from business. The Square was marked by the one stoplight in town and two businesses. The Corner Store served as the grocery store and gas station in one pit stop. Across the road, there was the Diner, so simply named by Randy Drake, also known between my mom and me as ‘the man with the goods’.

Hendleson jerked forward when the light flipped from red to green and I pulled into the parking lot of the Diner. The faded yellow lines against the gray pavement were a secret covenant, laughter and memories textured with age.

I hopped from the truck, heaving the door shut again, stuffing my keys into my pants pocket and forging inside. The Diner was your classic diner-style—red vinyl booths and high stools at the counter. Randy was at the cash register as always, gray hair sticking out to one side and blue eyes inviting. He grinned, grabbing a to-go cup and filling it with coffee without waiting for my order. He didn’t need it. By the time I stepped up to the counter, he had it all ready. “One cup of joe for Mr. Lucas Elliot.”

“Ay, Lou!” I heard Mike’s voice from across the room and chuckled to myself.

“Thanks, Randy,” I told him, handing him a wrinkled dollar from my pocket and fishing around for a quarter. I passed it to him and he smiled the way only an old man that’d watched you grow up could.