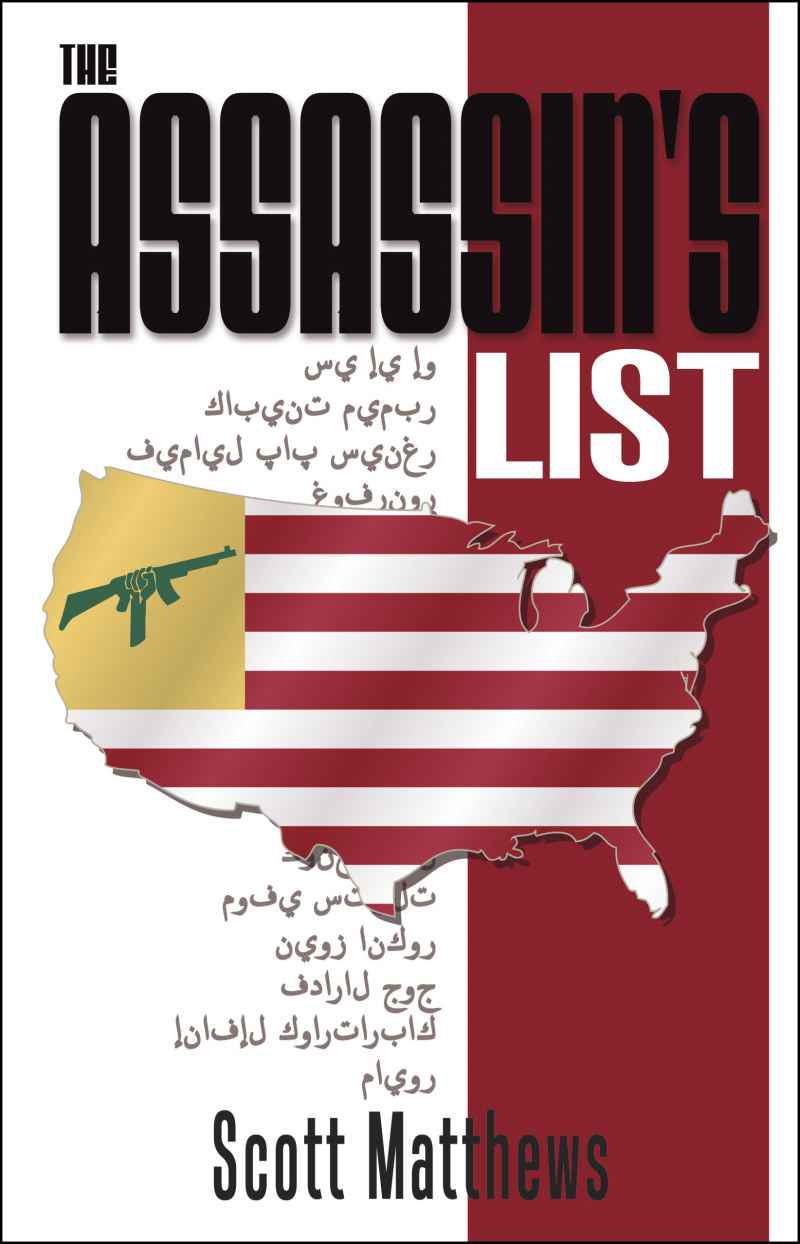 A master terrorist is sent to America with 25 million dollars to recruit angry criminals who were converted to Islam while in prison, and train them as assassins. In the last days before the first kill on the assassin’s list, Adam Drake, an attorney helping a client deal with the murder of his secretary by one of the novice assassins, picks up the scent of the terror plot. When the assassins try to kill him and the FBI won’t act on his suspicions, Drake must rely on his training and skills as a former Delta Force operative to prevent an assassination that’s designed to fracture America along fault lines of religion and race. 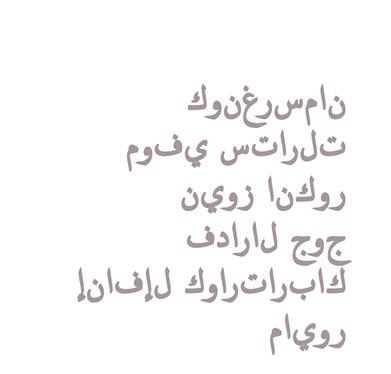 This is a work of fiction. Names, characters, places and incidents are either products of the author’s imagination or are used fictitiously. Any resemblance to actual events, locales or persons, living or dead, is entirely coincidental.

All rights reserved, including the right to reproduce this book or portions thereof in any form whatsoever. For information address Guardsman Publishing, LLC., PO Box 7893, Springfield, Oregon 97475 or [email protected]

Writing is a solitary endeavor, but it’s not accomplished alone. I am indebted to many, but need to acknowledge a few who contributed most recently to this novel.

For Ric, Debbie, Dorothy, Margo and Paul, thank you for reading and helping me with the final draft. Your feedback was invaluable.

For Barbara at Pedernales Publishing, thank you for guiding me through the process of editing and publishing. You knew what needed polishing and made sure I kept working on it until it shined.

For Becky, your skill with a camera made me like a photo of myself—a first. If anyone needs a great photographer, visit
[email protected]
.

For my family, thank you all. You never stopped believing.

And for my wife, who shared my dream and sacrificed our time together while I wrote. You are my inspiration.

Your encouragement and support made this happen.

Being in the wrong place at the wrong time happened to other people, not Janice Lewellyn. Not until the last night of her life, anyway.

Just before twelve o’clock that night, she was speeding back to her office on the sprawling campus of Martin Research in a yellow Volkswagen Beetle. A memo her boss needed before a field test of their new chemical weapon detection system wasn’t complete. The itinerary for next week’s visit by the Secretary of Homeland Security had been left out. She had time to get that done. Everything was packed, a couple of hours at the office, and she’d still have time to get the kids up and family to the airport. She’d sleep on the plane, and rest in Maui.

The vacation, ordered by her doctor, was supposed to provide a rest before starting an aggressive chemotherapy treatment for ovarian cancer. The vacation couldn’t have come at a worse time. Cancer scared the hell out of her, no question, but she was prepared to fight it with or without a vacation. She wasn’t prepared, however, to let her boss down. Properly hosting the head of Homeland Security when he visited was her responsibility.

A rich perfume of roses carried on the summer breeze as she stepped from her car in the executive parking lot. Some savvy landscaper had placed a small rose garden nearby. Deep red rhododendrons and azaleas lined the walkway, and two acres of lush green lawn surrounded the four-story glass and stainless steel office building. A reflecting pool ringed the building on three sides, bathing it in a soft blue light. It was the most beautiful place in the world to work, she thought for the hundredth time.

At the back of the executive office building, Kaamil Sayf waited in the shadows outside an emergency fire door. At midnight, the security system his company installed and maintained would crash and go offline for five minutes. In those five minutes, he needed to run up four flights of stairs to the CEO’s office, retrieve a keylogger device he’d placed on the CEO’s computer a month ago, and get back out before the security system rebooted.

On the outside, after his prison conversion to Islam, he led a covert cadre of assassins working as employees of the International Security and Information Services, or ISIS. The mission he trained for, and was selected to lead, aimed to assassinate powerful American leaders. Mighty America killed its enemies with cowardly high-flying drones, but the world would soon know how jihadists killed enemies, up close and personal.

Before the first strike next week, he had to ensure encrypted passwords for the security plan at the chemical weapons depot had not changed. The only way to know was to retrieve the keylogger that recorded every keystroke on the CEO’s computer.

When his watch flashed 12:00 a.m., Kaamil used a key to open the steel fire door and ran up the stairs. He knew the old security guard posted at his station at the main entrance wouldn’t hear him, just as he knew the security cameras wouldn’t record his visit for the next five minutes. No one was expected in the building.

He raced down a long hallway to the middle of the top floor. Through Janice Lewellyn’s office, he entered the CEO’s inner sanctum. Kaamil was under the large rosewood desk when the elevator doors chimed. Somebody besides the security guard was in the building. Kaamil pocketed the device, getting up as the office lights came on, and froze.

Sweat formed on his forehead when he heard someone walking into the office.

“What are you doing in here?” Janice Lewellyn demanded. “Why are you hiding in Mr. Martin’s office?”

“Take it easy, Mrs. Lewellyn, you know me. I didn’t mean to frighten you. I’m just checking to make sure the upgrade for the security system is working.”

“Since when do you do middle-of-the-night upgrades without my clearance? I think you better stay here while I call security. You shouldn’t be in Mr. Martin’s office.”

“Call security. They know all about it. I’m just doing my job, Mrs. Lewellyn.” Kaamil feigned a smile, hoping she didn’t notice the beads of sweat on his forehead.

As Janice Lewellyn turned toward the phone on her desk, Kaamil took an Emerson combat folding knife from his pocket. Moving quickly, he caught her from behind and pulled the razor-sharp blade across her throat.

Lowering her body to the floor, he cursed his rotten luck. He would keep on the surgical gloves he was wearing until he left the building. And pray to Allah nothing was left behind to identify him, because his five minutes were almost up.

He would have enough trouble explaining the collateral damage to his leader without worrying about the police.

Adam Drake stared at the ocean from a window seat in their favorite restaurant. Kay had been gone a year, but the memory of her laughing, sitting across the table from him was as vivid as a beautiful hologram. If only they had found a cure, or her chemo had worked, he would still be holding her hand. Still be looking forward to every minute he got to spend with her.

That kind of magical thinking didn’t help. The reality was, she was in pain and now she wasn’t. The pain was now his. She was dead. He wasn’t. The Bible might say there’s no greater love than laying down your life for a friend, but what it doesn’t say is the greatest pain comes when you can’t. Especially when the friend is your wife.

He could not believe it had been a year. Every day of it had been a miserable, aching, lonely waste and drinking too much hadn’t numbed the pain. It just left him with sleepless nights, thinking of their three short years together. All he had was one whirlwind year courting the most beautiful girl in Oregon, one happy year still in shock she said yes, then one long year watching her succumb to cancer.

“Mr. Drake, you have a phone call, sir,” said Joyce, the Tidal Rave’s dining room manager, touching him lightly on the shoulder. “I’m sorry for intruding, but he said it was an emergency.”

Drake got up and followed her past the window tables and booths to the front desk. How had someone found him? He hadn’t known where he was going when he took the day off.

“Adam, I’m sorry to bother you,” his father-in-law said, “but I need your help.”

Senator Hazelton, a four-term United States Senator from Oregon, rarely needed anyone’s help and had never asked for his. Coming on the anniversary of his daughter’s death, Drake suspected the Senator, or more likely his wife Meredith, was making sure he was all right.

“As chairman of the Senate Intelligence Committee, there are some perks. I tracked you by satellite,” Senator Hazelton said dryly.

“I know you don’t want to think about business right now, but I need a favor. A friend of mine could use some legal help. I can’t think of anyone better than you to help him.”

Drake was now certain his mother-in-law’s concern had prompted the call. The Senator knew top lawyers in Portland, Washington D.C., and the country, for that matter. He didn’t need Drake’s legal talents to help a friend, even when he was at the top of his game, which he hadn’t been for the last year.

“My friend’s company is handling some important research for us,” the Senator continued. “His secretary was killed in his office last night and aside from the tragedy of it all, it couldn’t have happened at a worse time. You’ve prosecuted complicated cases like this where corporate theft may be involved. Would you give him a hand, act as a consultant, and guide him through this?”

So that was it. A supporter was in a mess at an unfortunate time, and the Senator owed him a favor. True, Drake had handled some big trade secret cases in the D.A.’s office as the lead felony prosecutor.

“Senator, I don’t think I can help you. I’m just not ready to take on a case like this right now,” Drake said.

Senator Hazelton hadn’t seen him in six or seven months. If he had, there was no way in the world he would ask him for help. Dark bags under his eyes, a puffy face, he looked haggard and felt like a fighter too tired to come out of his corner for the next round.

“Adam, I need you on this one. There are reasons I can’t discuss over the phone. I need someone I can trust.”

Four Blood Moons by John Hagee
Someone Named Eva by Joan M. Wolf
Batty for You by Zenina Masters
The Begonia Bribe by Alyse Carlson
Stink and the Great Guinea Pig Express by Megan McDonald
Talker's Graduation by Amy Lane
The Last Summoning---Andrew and the Quest of Orion's Belt (Book Four) by Ivory Autumn
ToxicHaven by Gabriella Bradley
Blowback by Peter May
Amy Phipps - Amanda Blakemore 01 - A Bazaar Murder by Amy Phipps
Our partner