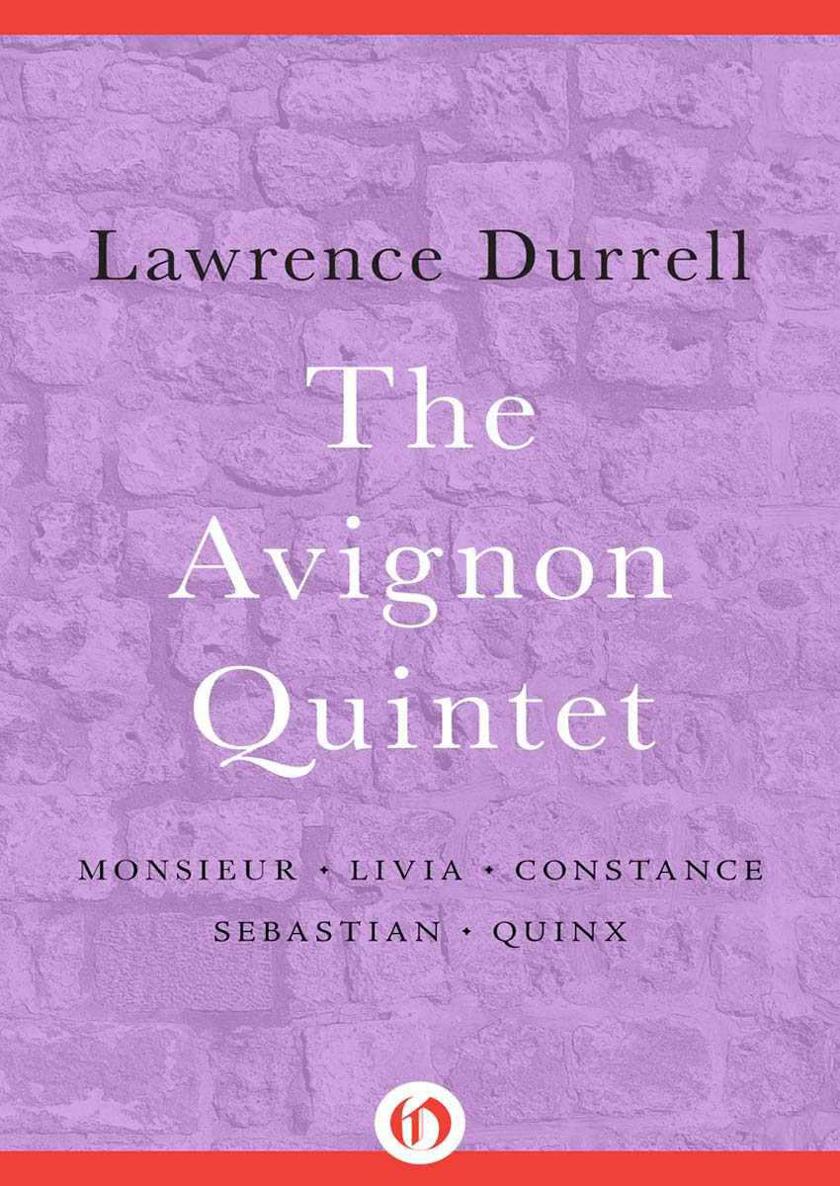 T
HE SOUTHBOUND TRAIN FROM PARIS WAS THE ONE WE
had always taken from time immemorial – the same long slowcoach of a train, stringing out its bluish lights across the twilight landscapes like some super-glow-worm. It reached Provence at dawn, often by a brindled moonlight which striped the countryside like a tiger’s hide. How well I remembered, how well he remembered! The Bruce that I was, and the Bruce I become as I jot down these words, a few every day. A train subject to unexpected halts, unexplained delays; it could fall asleep anywhere, even in open country, and remain there, lost in thought, for hours. Like the swirls and eddies of memory itself – thoughts eddying about the word “suicide”, for example, like frightened tadpoles. It has never been, will never be, on time, our train.

These were the reflections of the lone traveller in the lighted third-class compartment at the rear of the train. In the tarnished mirror this man is watching himself. It had ever been thus in early spring he told himself – even in the early student days of the old PLM. By the time the train had cleared echoing Dijon it became all but empty in this season. (He was trying to remember how long it was since he had last visited the city; but sitting there in his corner, half asleep and half awake, it seemed to him that in reality he had never been away. Or at least some part of him had always been present in its shady streets and quiet shabby squares.)

But this was a strangely different return to it; crawling out of a northern winter into a nascent spring at the summons of a blue telegram. And an awful season for such a journey! In the north a flurry of snowstorms had all but paralysed rail traffic; but down here the spring had almost decided to unfreeze the land. Once across the green mulberry-belt and into the olive-zone one becomes reassured, for even in the grey winterset of early dawn the gold tangerines hang in thriving loads as if in some Greek garden of Epicurus. His eyes rested unseeingly on the flying landscapes through which they passed.

The late traveller was myself, Bruce, and the journey was none of my choosing. The telegram which had summoned me southward from Prague was suitably laconic. It told me of the suicide of my oldest and best friend, Piers de Nogaret; more than friend indeed, for his sister Sylvie was my wife, though the telegram was signed not by her but by the family notary. It had reached me at the British Embassy to which I had been attached for the last few years as a medical adviser. “Bruce Drexel M.D. at your service” – but now how insubstantial it sounded, like an echo of far-off certainties which had taken no account of the revenges of time! The man in the mirror stared himself out of countenance. The train rushed and rumbled onwards.

He must be trying to objectify his thoughts and emotions by treating them as one would in a novel, but it didn’t really work. As a matter of fact, in Rob Sutcliffe’s famous novel about us all, things began in exactly this way. I was strangely echoing his protagonist, summoned to the bedside of a dying friend (this was the difference) who had important things to reveal to him. Sylvie was there, too, in the centre of the picture as she always has been. Her madness was touchingly described. Of course in a way the characters were travesties of us; but the incidents were true enough and so was Verfeuille, the old chateau in which we had lived out this adventure between our voyages. Bruce was now identifying a little with the hero very much as Sutcliffe himself was, and about whom the writer once said: “Reality is too old-fashioned nowadays for the writer’s uses. We must count upon art to revive it and bring it up to date.”

Yes, but what about real people as opposed to paper figments? Dying, one becomes out of date; but it brings one’s friends to their senses, or should. I so often wondered about this – how to splice the real and the imagined – when I read his book. Now he too was dead and Pia, my sister, had lodged all his papers in the muniments room of Verfeuille, where the whole searing unhappiness of their married life can be studied by the literary historian. It was not that she was a rotten wife, either, for they loved each other to distraction; it was simply the sad story of inversion – it had left him high and dry, without inner resources. People like Rob become too attached, too vulnerable, and in consequence are easily broken on the block. My sister if she read these lines would put her hands over her ears and cry out “No!” But they are true.

In a few more months the three of us were to have met once again in the city of Piers’ birth, to resume the thread of this bizarre friendship which had lasted half a lifetime and which had only been slightly disturbed by his last posting to Delhi. We were both due to retire this year and return to Verfeuille together, to live out the rest of our story with Sylvie behind the massive ramparts of the crumbling chateau. To wall ourselves up, in a way: to retire from the world completely: to develop and enrich this enduring friendship between the three of us which had withstood so many trials and still remained (at least for me) the central experience of my whole existence. Indeed there was nothing else in my life to which I could compare it in fruitfulness and intensity–a three-cornered love, ill-starred only because one day Sylvie lost her reason and almost dragged her brother with her. Piers hesitated and faltered on the very brink. Had I not been there I think he would have slid down the long slopes of unreason, choosing it as a refuge from his thoughts of her insanity. Now everything had changed, abruptly, brutally. Piers was apparently dead, and the man I had become could see no way forward into the future. The disappearance of my friend had overturned reality; yet the feeling of being bereft created a singular kind of tearless detachment in me, a dazed and fearless irony. The mirror recorded a grimly smiling man. Meanwhile, far away, in the green rose-gardens of Montfavet, Sylvie walked in her Chinese shawl, her lips moving in silent conversations with her dead brother. Here Bruce stands up and paces the empty carriage in a fury of resentment and pain like an animal caught in a trap.

Fatigue surely played a good part in this novel feeling of unreality which had beset me. People take time to die and the dead Piers had only just begun to make his claims on the memory of his friends. It was his body, not his memory, which was cold. Each time I was jolted awake I had to re-experience the fact of his death, an angry sting. For a moment there would be nothing, just an empty space – and then memory slid open like a flick-knife and I realised that he had gone, entered into the weird convention of the state of death, about which we know nothing which might help us domesticate the idea, tame it.

I wondered if in dying he had remembered the initiation which we had shared in Egypt long ago–at the hands of Akkad, distilled patiently from the doctrines of the desert gnostics? I know he had been deeply marked by them. In the matter of death, I mean, they were crucial and unequivocal. For after that initiation it was impossible to attach any profound importance to the notion of dying. All individual deaths had been resumed by the death of God! I remember how the idea terrified me at the time! When we said goodbye to tender smiling Akkad he told us: “Now don’t give a thought to what you have learned. Simply become it as fast as you can –
for what one becomes one forgets.”

Obviously this belonged to the other kind of death, the gnostic one which would henceforward always overshadow the death of mere time in man; the death which for Akkad and his sect was simply one form of the body’s self-indulgence, a lack of fastidiousness. “Dying can be a mere caprice if one allows it to happen before discovering the big trick which enables one to die with profit,” he said.

I repeated his words slowly to myself now as I stared into the flying night. I wondered where Akkad would be tonight. Perhaps he was dead? I felt separated from Piers by less than half a pulse-beat.