The Banks of Certain Rivers 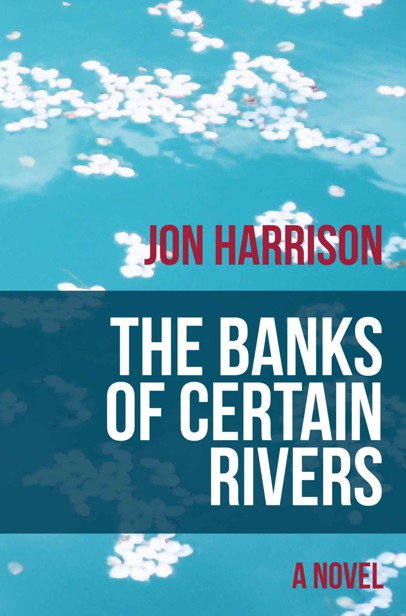 The Banks of Certain Rivers

I was courageous. Industrious.
Nearly a model of virtue.

But that is good for nothing.

The Banks of Certain
Rivers

When Christopher was still
in middle school and
not yet so big, my employer, the
Port Manitou School District, frequently sent me off to education
conferences. I’d just finished my masters, and as low man on
the administrative totem pole I became the selected emissary for our
district. Most of the events were pretty dull; technology trends in
education, new media for science teachers and so on. Holiday Inn
banquet rooms in Lansing, Detroit, Grand Rapids. I’d go alone,
suffer through, and report what I’d learned to the board once
home. But every once in a while I’d be sent somewhere fun:
Chicago, Denver, a city like that, and if I could work it, I’d
arrange for Chris and my wife Wendy to come along for a mini
vacation. We had good times on those trips.

The autumn that Chris entered the eighth grade, not long before he
turned fourteen, I was directed to attend a conference in Wisconsin
about “Engaging Teens in Science and Math.” The topic
seemed interesting enough, but the locale was most intriguing: a
hundred year old hotel on Lake Michigan owned by some storied
Milwaukee brewing family. It seemed to me like the sort of thing
Chris would have loved, and Wendy was all for it, so I used our
frequent flier miles and got tickets for the three of us.

The hotel, we discovered upon our arrival, was ancient, rambling,
and totally charming. Painted yellow outside with peeling white trim.
Additions built over additions. Exposed pipes, shared bathrooms, and
not a level floor in the place. There were screened-in porches for
each room with splintery Adirondack chairs facing the lake where
Wendy could read from her stack of paperbacks, and sea kayaks and
Sunfish sailboats pulled up on the beach for Chris to mess around in
for hours on end. They both loved it.

Unfortunately for me, the conference was a complete bore. Not that
I disagreed with the topic; I was entirely for it. I’d just
heard it all before. I was lucky enough to run into a friend, Anne
Vasquez, an elementary school librarian from downstate; she’d
been sent out on the conference circuit too and we made a point of
meeting up when we could to mitigate our boredom.

Anne and I sat together on the last day, Sunday, to listen to the
final speaker in a giant ballroom on the southern end of the hotel.
Chandeliers hung above us, and tall windows opened out over a broad
grassy lawn to the lake. We were both tired, and it was hard for us
to pay attention to anything being said up at the podium. Anne kept
elbowing me and pointing to a young woman and toddler out on the
grass. The little guy was just learning to walk, and for whatever
reason it seemed very funny to us each time he lost balance and
toppled. The more we watched, the harder it became not to laugh, and
I started to feel like one of my own students, goofing off, pushing
it, waiting for someone to scold me.

Anne nudged me again. She wasn’t laughing this time; a man
in a suit was urgently shooing the woman and her child off of the
lawn. Anne looked back at me and shrugged. A moment after that the
room filled with a loud thumping noise, and every head in the place
turned to see a blue Medivac helicopter ease from the sky down to a
spot on the grass as gently as a butterfly lights on a twig. The
woman who had been speaking up at the lectern stopped, and we all
watched as some medical personnel hustled a rolling gurney toward the
chopper. One of the flight nurses held an I.V. bag aloft as he
trotted alongside, and a mechanical chest compressor pounded away at
the strapped-down form on the stretcher.

“
Whoa,” Anne whispered. “Somebody got it bad.”

They hoisted the gurney up into the helicopter and shut the door,
the engine throttled up again, and the rotors began to turn. A piece
of paper was blown over the grass. I felt the vibration in my chest
as the machine shuddered and lifted, a deafening presence in the
room. The chopper flew away, and the room was silent.

“
Well,” the woman up front said into her microphone,
“there’s our excitement for the afternoon.” People
laughed awkwardly, and just as I started to wonder where my son was
at that moment, the same man in the suit from the lawn entered the
room with two policemen and everyone stopped laughing. The man in the
suit held a clipboard in his hand.

“
Mr….” He paused, staring at the clipboard,
struggling with the name he was trying to read. I went cold through
my face and chest and fingertips, like the blood had gone from my
body, and I stood up before he said anything else. I saw the word
trying to find shape between his lips. I knew it was me they were
looking for.

“
Can we have a word with you?” I knew. Everyone in the
room knew. I think Anne started crying when I told her I’d be
right back.

She knew I wouldn’t be right back.

They took me outside. There’s been an accident, they told
me.

It was a terrible accident. She was in the pool.

“
My wife? Where is Christopher?”

He was by the fence around the pool when they brought me to him.
He was still just a boy then. He was seated on the ground, shaking,
and someone had wrapped him in a tan-colored blanket. A woman in a
hotel uniform knelt next to him and rubbed his back.

“
They wouldn’t let me help her,” Christopher
said.

“
Her finger got stuck,” one of the policemen said.

“
Jammed tight. Maybe two minutes before we could…”

“…
She’s being flown to the university hospital.
We’ve got a car to take you there.”

“
We’ll get your things together for you,” the
man in the suit said.

They’d been diving after a pebble. A polished agate Chris
had bought in the gift shop. Taking turns. My son in his baggy yellow
trunks, my wife in a black Speedo one-piece. Chris had thrown it, a
high lazy arc—
plunk!
—and Wendy followed, diving
through the sun. She kicked herself down and felt over the bottom for
the pebble. The pool was old. The grate was old. Her middle finger
wedged tight in the grate; they didn’t think about those things
back when it was cast.

I dropped to my knees and put my arms around my son.

One humid night at the
beginning of the
summer, while jetliners rumbled overhead and
fireflies winked green along the far-off row of brambles, my best
friend and I sat by the fire pit out in the field behind my house. It
was almost midnight and the fire was nearly finished, and as we drank
away the last of an unexpected bottle of scotch Alan had brought over
as an end-of-the-school-year gift, I tried to explain a recurring
dream I’d been having.

Alan tipped his head back and closed his eyes. The fire popped, and a
log tumbled into sparks.

“Yes. I’m running. On a plain, a plateau or something.
Endless, right? And I’m just running over it.”

“Away from something? Are you being pursued?”

“No. Not at all. It’s effortless. Almost pleasurable. And
it goes and goes. I run, but I don’t get tired.”

“Understandable,” Alan said. His eyes remained closed.
“For a guy like you.”

“I know. That part’s not so remarkable. But after a while
I come to this mountain, and I don’t stop. I don’t need
to stop. I go up and up, and it’s just as easy. Potential
energy, right? Sometimes it gets steep, but that’s no problem;
I scramble, use my hands, but I never slow down. It’s almost
like I get faster. I want to keep going. But then….”

“I run out of mountain. I just sail over the top and into the
air. And below, there’s this river, but I can’t get down
there.”

Alan opened his eyes and sat up.

“Flying dream,” he said, leaning back and nodding.
“Yeah.”

“But I want to keep running. I need to get down to the river
for something.”

“Mmm.” Alan sipped his drink, sighed, and closed his eyes
again. “Flying dream. I get it. I totally get it.”

The thing was, my friend didn’t get it at all. We were in no
state for me to try to explain it once more, and, having told him
about it, I never had the dream again.

I’m thinking about that
dream now. With a bloody lip and my ass hard on sun-faded pavement, I
think of it for the first time in months. There are stars around my
head, cuckoo clocks and canaries, and close to my eyes I see my own
red fingertips, foamy with hemochrome spittle.

If I’m not mistaken, I’ve just been hit in the face.

But there’s that dream, too. Before the skinny elbow connected
with my lip, before the whole of my body went down to the ground,
before everything changed
, I’d been running. Just like
that dream. We had been running, my girls and I, effortlessly, all of
us.

Effortless. That, as I sit here trying to put things together in my
head, is what I know. Effortless running, blood-red fingers, and a
lone dandelion leaning up through a crack in the asphalt before me.
And that’s about it.

Putting my mind to it, here’s what I can piece together: our
feet fell and fell; piston legs, bodies like engines. There were no
mountains. Our first long Friday practice of the season, and we were
cruising on autopilot. Flying. My kids are twenty years younger than
me or more, and I’m not sure who was more amazed: me for
keeping up with them, or them with me. But there we were: together,
schooling like fishes, gliding footfall after footfall. Pouring down
the streets finally emptied of their summer tourist throngs. A school
of runners breathing easy through the streets. Ages indeterminate,
unnecessary, erased.

The weather was sublime. Not necessary for a perfect day, I know, but
a nice bonus. The chilly rain we’d had over those first days of
September—an abrupt onset of dreariness that seemed to signify
an end to our mostly gorgeous summer—had vanished, leaving
behind warm, puffy-cloud days and cool nights tailor-made for
autumnal bonfires. And while I have no empirical evidence to say so,
experience suggests a long Indian summer should follow. A breeze from
the lake—rich with the smell of fishy sea grass and outboard
gasoline—came up through the buildings, through the mostly
empty streets, and seemed to push at our backs no matter which way we
turned. Pushing us along. Urging us along.

To Catch a Treat by Linda O. Johnston
Cry Havoc by William Todd Rose
Rare Vintage by Bianca D'Arc
Greenglass House by Kate Milford
Ties to the Blood Moon 2nd Edition by Robin P Waldrop
Swimming to Catalina by Stuart Woods
The Next Forever by Burstein, Lisa
A Beautiful Forever by Anderson, Lilliana
Drawing on the Power of Resonance in Writing by David Farland
Never Have I Ever by Clearwing, August
Our partner