Read The Barrens & Others Online 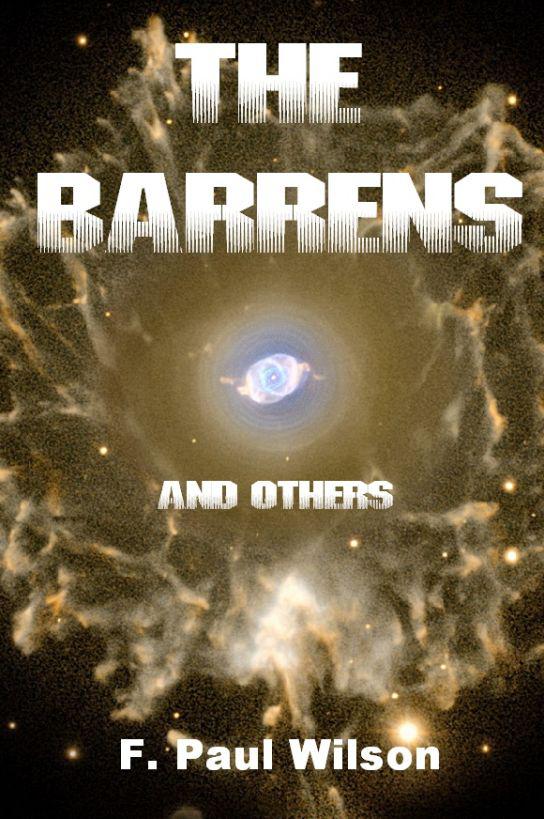 A Day in the Life

His name was Thurk. You've never heard of him. He lived in prehistoric times. I like to think of him as a blood relative; at the very least he's a spiritual progenitor. Bear with me while I relate a few key events in this extraordinary man's life.

Thurk was a member of a tribe of hunter gatherers called the Wurks. Among his tribe Thurk had a reputation as a bit of a loafer. From the other tribe members' viewpoint, that assessment probably was not unjustified. But they didn't understand Thurk. They didn't realize that he was the first practitioner of the oldest profession.

No, not that one.

Take one typical day: Thurk should be hunting; instead he's sitting on a sunny hillside, enjoying the cool breeze and daydreaming. He isn't much into physical exertion or killing things, you see. So he starts picking a few berries but gets interested in the cloud shapes floating by instead. He starts hunting animal shaped clouds instead of the animals themselves, picking out faces in the sky instead of berries from a bush.

He hears shouts and watches the other guys in the tribe chasing game on the plain below. He imagines himself a mighty hunter, stopping a charging sabre tooth tiger with only his wits and a spear; he pictures all the startling moves he'd make, the wily strategies that would lead him to victory. And he fantasizes about what an important and respected member of the tribe that would make him.

Thurk daydreams on until he suddenly realizes it's getting dark. The whole day is gone and he hasn't caught a thing –
again
. (Trust me, this isn't the first time.)

So Thurk hurries back to the cave where he finds the whole tribe sitting around the fire, chowing down on bronto steaks and mastodon stew or whatever they ate in those days. And he's
starving
. He stands there with his empty eating bowl and asks if anybody's got some extra.

The cave fills with derisive laughter. Thurk's done it again – gone out in the morning and come back at night empty handed. Serves him right for doing nothing all day. What a loser.

"But I wasn't doing nothing," Thurk says. "I was telling myself a story about a mighty hunter and his greatest hunt."

Now, in Thurk's fantasy, the mighty hunter was Thurk. But Thurk is no dummy. He knows that if he says he was the mighty hunter they'll laugh him right out of the cave. So he glances around and sees Gurk, the best hunter in the tribe, tearing into a somethingsaurus haunch.

Suddenly all ears around the fire prick up, especially Gurk's. To prove he wasn't doing nothing, Thurk begins to tell his story of the ferocious sabre tooth tiger that was killing off members of the tribe, one by one, and how the mighty Gurk stalked the fearsome beast to its lair and–

Suddenly Thurk's stomach rumbles and he looks around and sees all these grease-smeared faces staring at him. He looks down at his empty eating bowl and says, "Never mind."

But as he turns to go he hears the tribefolk saying, "But what happened? What happened next?"

Thurk says, "I'm hungry, man. I've got to go find something to eat."

And Gurk says, "Sit yourself down over here and help yourself to my saurburgers. And while you're munching you can finish that story. Hey, you! Outta the way and let my buddy Thurk through."

So as Thurk chows down on a load of Gurk's food, it occurs to him that something's happening here. He's not sure yet what's going on, but he likes it. He has their attention. They're waiting for him to continue. They're
hooked
. He finishes the story of Gurk killing the sabre tooth with only his spear, his wits (this
was
fiction, after all) and raw courage. When Thurk is done, Gurk slaps him on the back and shoves another saurburger at him, and then all the tribefolk drop little bits of food into his eating bowl.

As Thurk is finishing up, full bellied for the first time in his life, another of the mighty hunters, Murk, sidles over and hands him a roasted rabbit. He says, "Yo, Thurk. Take dis. An' tomorrow night, if you should happen to tell a good story about me, you'll get another just like it. Know what I'm sayin'?"

(What he doesn't know is that he's just received the first royalty advance.)

Being no dummy, Thurk realizes he's stumbled onto an amazing discovery: people are willing to feed him for doing the same thing he's been doing for nothing all those times when he should have been hunting. So Thurk becomes the first practitioner of the oldest profession – storytelling. Soon he's traveling from tribe to tribe, campfire to campfire, telling and retelling his tales.

I've tried to continue Thurk's tradition. Don't ask me how I fell into his profession; I haven't a clue. I do know that I began writing down my stories at age seven, but I don't know why I do it, and I don't understand how I do it. I simply know that I
must
do it.

So I thank you for inviting me to your campfire. I've brought about a hundred thousand words with me, some of the stories seeing print here for the first time. I've also added some background comments, but you can skip those if you want.

This was the year I started my career as annual bridesmaid to the various literary awards in our field. "Dydeetown Girl," a novella edited by Betsy Mitchell and published the year before in Baen's
Far Frontiers
, made the final ballot for the Nebula Award from the Science Fiction Writers of America. It didn't win but I was happy to see it recognized as a superior piece of science fiction.

My short fiction output during the first half of 1987 was limited to "Wires," a novella length sequel to "Dydeetown Girl" (instigated by Betsy Mitchell who asked, "What happens to all those children people aren't supposed to be having?") which she published in Baen's
New Destinies
. Otherwise I spent the winter and spring setting up the Nebula weekend for SFWA and blazing through the latter half of
Black Wind
in a white heat. I had little time for anything else. But as I was recharging during the summer, Paul Mikol called and asked me to lead off
Night Visions 6
.

Night Visions
was Dark Harvest's annual showcase anthology in which two established authors and an up and comer are each given carte blanche to do whatever they wish with 30,000 words: Ten 3,000 word short stories or a single 30,000 word novella, or anything between – whatever suits you. I'd long admired the NIGHT VISIONS series. And why not? Its list of contributors was a Who's Who of horror fiction.

My problem was time.

Something happened to me after I hit forty. Something turned up the rheostat on the creative juices. Throughout my thirties I'd always been one novel ahead of myself – Dutch ovening the characters and ideas of the next book while I wrote the current one. After forty, the ideas exploded. By the summer of 1987 I'd already begun the novel that would become
Reborn
(working title:
Hanley's Heir
), and I had another half dozen novels plotted out in my head, plus an idea for the novella that would eventually complete the Dydeetown stories, plus I wanted to expand "The Tery" to novel length. And all the while I was practicing medicine full time while trying to be a good husband, and a father to two teenage daughters. Where was I going to find the time for another 30,000 words by the end of the year?

Allow me to explain.

It's hard for a writer who's paid his or her dues to say no to an editor's request for a story. Most writers go through years of frustration at the beginning of their careers trying to cajole editors into simply looking at their work. And if you can make a sale it's a bonanza, no matter how low the word rate.

I was no exception. I wrote for years without a sale, seeing every story rejected with Pavlovian regularity by every paying (and non paying) market I knew. I even kept track of editorial changes, so that as soon as a new name took the helm of a magazine, I could resubmit the stories rejected by his or her predecessor. It got so confusing after a while that I had to design a flow chart to keep things straight: a grid with the magazines listed along the horizontal axis and the stories listed along the vertical. When a story was rejected by
Analog
it immediately was put into an envelope addressed to
Amazing
and sent off in the next day's mail. A check mark was placed in the
Amazing
box next to that story, and the
Analog
box earned a big black "X." When it came back from
Amazing
it was sent off to
Fantasy & Science Fiction
and the
F&SF
box was checked. Ad nauseam. I burned up a
lot
of postage in those days and, quite literally, can paper a wall with all the rejection slips I collected. (I've saved every single one, and someday I may do just that.)

So maybe you can understand how someone who hung on through that process might find it nigh impossible to force the word "No" past his lips when asked –
asked!
– for a story.

I'm learning, though. It's taken me years and a few occasions of being unable to deliver on a promised story, but I'm learning.

Dean Koontz wrote a generous introduction to
Night Visions 6
and Berkley published the paperback edition as
The Bone Yard
.

So here are those three stories… all set in the same town. I called it "The Monroe Triptych."

I set the story in the imaginary Long Island north shore Gold Coast town I'd created in 1985 while writing
The Touch
. I'd put a lot of work into The Incorporated Village of Monroe then, going so far as to draw a map of the waterfront and the downtown area. I knew it almost like my own hometown. A good place for a yuppie ambulance chaser to live if he had roots on the Island.

Safe from the Sea by Peter Geye
Seconds Away by Harlan Coben
Bloodlines by Jan Burke
Judy Mood And The NOT Bummer Summer by McDonald, Megan
Before the Fire by Sarah Butler
Crucible by Mercedes Lackey
Cut & Run by Madeleine Urban, Abigail Roux
La muerte llega a Pemberley by P. D. James
Farnham's Freehold by Robert A Heinlein
Pagan Christmas by Christian Rätsch
Our partner