Read The Between Online 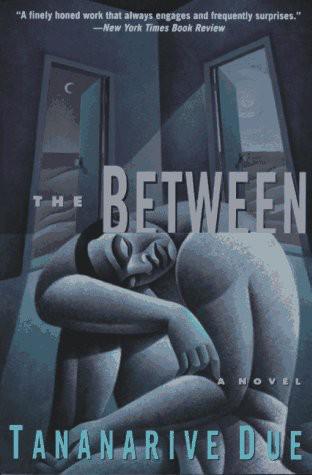 Hilton looked at his watch and winced.

Anyone who lives in Miami or a subtropical climate knows . . .

Hilton awakened to find a subdued predawn glow cast across . . .

The loose gravel crunching beneath his shoes on the unpaved . . .

Question:  What do you call a baby nigger?

Dede’s cries fill up all of the space around him

Hilton was jolted awake when the door to his office . . .

For his entire drive home, Hilton had heard nothing but . . .

Hilton explores the warm, welcoming space between Dede’s legs and . . .

By the time Hilton reached the corner of Northeast Second

For one glistening pearl of a moment, everything was once . . .

MIAMI—The FBI confirmed Monday that it is investigating death

Hilton is a boy again. His shoulders cannot reach the . . .

The grace period was over. The lines for battle were . . .

At first, a week away from Miami New Day helped

Screaming, Hilton finds himself flung inside a dance of bright . . .

For two days, Hilton’s calls to Andres Puerta were unanswered.

Kessie’s voice raised a half octave in surprise when she . . .

Just before he began to doze in his car parked

The phone rang early the next morning, a Sunday. Dede . . .

“Well, my goodness gracious, if this isn’t the biggest surprise,”

To keep the peace with Dede, Hilton dutifully showed up

Hilton’s birthday, a Sunday, dawned with a bright sun fighting its

Hilton was seven when his grandmother died, and it was a bad time. But it was worse when she died again.

Hilton called her Nana, but her real name was Eunice Kelly. She raised Hilton by herself in rural Florida, in Belle Glade, which was forty miles from Palm Beach’s rich white folks who lived like characters in a storybook. They shared a two-room house with a rusty tin roof on a road named for Frederick Douglass. The road wasn’t paved, and the stones hurt Hilton’s tender feet whenever he walked barefoot. Douglass Road was bounded by tomato fields behind an old barbed wire fence Nana told him never to touch because he might get something she called tetanus, and they couldn’t afford a doctor. Hilton knew they were poor, but he never felt deprived because he had everything he wanted. Even as young as he was, Hilton understood the difference.

Nana had been a migrant worker for years, so she had muscles like a man on her shoulders and forearms. Nana always saved her money, and she played the organ for pay at the church the monied blacks attended across town, so she hadn’t harvested sugarcane or picked string beans alongside the Puerto Ricans and Jamaicans in a long time.

Hilton worshipped her. She was his whole world. He didn’t know anything about his parents except that they were gone, and he didn’t miss them. He didn’t think it was fair to his friends that they had mamas and daddies instead of a Nana.

Nana always said she didn’t intend for Hilton to end up in the fields, that there were bigger things in store for him, so she sent him to school instead. She’d taught him to read before he ever walked through the doorway of the colored school a half mile away. And it was when he came home from school on a hot May afternoon that his life was changed forever.

He found Nana sprawled across her clean-swept kitchen floor, eyes closed, a white scarf wrapped around her head. She wasn’t moving, and not a sound came from her. Hilton didn’t panic just yet because Nana was old and sometimes fainted from heat when she tried to act younger, so he knelt beside her and shook her, calling her name. That worked by itself sometimes. Otherwise, he’d need to find her salts. But when he touched her forearm, he drew his hand away with a cry. Even with the humidity in the little house and the steam from pots boiling over on top of the stove, their lids bouncing like angry demons, Nana’s flesh felt as cold as just-drawn well water. As cold as December. He’d never touched a person who felt that way, and even as a child he knew only dead people turned cold like that.

Hilton stumbled to his feet and ran crying outside to find a grown-up who could help. He was only half seeing because of his tears, banging on door after door on Douglass Road, yelling through the screens, and finding no one home. After each door, his sobs rose higher and his throat closed up a little more tightly until he could barely breathe. It was as though everyone were simply gone now, and no one was left but him. He felt like he’d tried a hundred houses, and all he’d found was barking dogs. The barking and running made him feel dizzy. He could hardly catch his breath anymore, like he would die himself.

In truth, there were only six houses on Douglass Road. The last belonged to Zeke Higgs, a Korean War veteran angry with middle age, angry with white folks, and whom no child with sense would bother on any other day because he kept a switch by his door. Zeke appeared like a shadow behind his screen when Hilton came pounding and crying, “Nana’s dead. Come help Nana.” Zeke scooped Hilton under his arm and ran to the house.

When he got home, Hilton’s childhood flew from him. Nana was no longer lying lifeless on the kitchen floor. She was standing over the kitchen stove, stirring pots, and the first thing she said was: “I wondered where you’d run off to, boy.” She looked at Zeke’s face and nodded at him, then she fixed her eyes on Hilton. “I’m ’fraid Nana’s made a mess of supper, Hilton. Just a mess.”

“You all right, Mrs. Kelly?” Zeke asked, studying her face. Hilton did the same. She was perspiring, and her cheeks were redder than usual underneath her thin cocoa-colored skin.

“Just fine. May have had a fainting spell is all. I hope Hilton didn’t send you into a fright.”

Zeke mumbled something about how it wasn’t a bother, although he was annoyed. Hilton barely noticed Zeke slip back out of the house because his eyes were on Nana. His tiny hand still tingled from the memory of the cold flesh he’d touched, as unhuman as meat from the butcher. Nana’s smiles and gentle manner frightened him in a way he didn’t understand. He stood watching her, his tears still flowing.

Nana glanced at him several times over her shoulder while she tried to scrape burned stew from the bottom of her good iron saucepan. The scraping sounded grating and insistent to Hilton. For the first time in his life, Hilton wondered if Nana might ever do anything to try to hurt him.

Finally, Nana said, “You go on out of the way now, Hilton. Supper’s late today. Don’t give me that face now, pumpkin. Nana’s not going to leave you.”

Hilton wanted to take Nana’s fingers and squeeze them, to see if the cold was still there, but she hadn’t reached out to him and he wouldn’t dare touch her if she did. Hilton felt something had changed, maybe forever. He went outside to play with a three-wheeled wagon he’d found, but he wasn’t really playing. He was sitting on the front stoop, rocking the wagon back and forth in front of him, but he barely knew where he was or what he was doing. And, as he’d sensed, things were different after that day he found Nana on the kitchen floor. She began to wake up crying out from bad dreams. He watched her get out of bed for a glass of water in the moonlight, her nightgown so soaked with sweat he could see all the lines of her body as though she wore no clothes. Many nights Hilton went to sleep alone because Nana would stay up humming and writing hymns on the porch. She said she did this because she couldn’t sleep. Hilton knew the truth, that she didn’t want to. Maybe she had met the boogeyman.

It was fine with Hilton to be alone, because it was hard for him to sleep with Nana there. Her sleep breathing sounded different to him, the breaths longer and drawn farther and farther apart until he was sure the next one wasn’t coming, but it always did. Once, he counted a minute between her breaths. He tried to hold his own breath that long, but he couldn’t.

Nana was confused all the time now. She would get cross with him more easily than before, and she’d smack his backside for no good reason. One day Hilton was smacked when he didn’t bring home cubes of sugar he knew she had never asked him to bring.

This went on for nearly a year, and Hilton began to hate her. He was afraid of her for reasons he didn’t know or want to know. She’d never hurt him, not really, and on the rare occasions he touched her now her skin felt warm, but his memory of that day in the kitchen was too strong.

All of this changed the day Hilton took his first ride on a Greyhound, sitting at the back, of course, when Nana and their Belle Glade cousins took him to Miami for the Kelly-James family reunion. Twice before, Nana had stayed home and his women cousins drove him to the reunions to meet his kin, but she decided to go this year. The smells coming from Nana’s picnic basket and the wonder of the flat, endless Florida landscape through the bus window were enough to make Hilton forget his fear.

The reunion was at Virginia Key Beach, and Hilton had never seen anyplace like it. This was a beach in Miami for only colored people, and folks of all shapes and shades had flocked there that day. Hilton had become a good swimmer in canals near Nana’s house in Belle Glade, but he’d never seen so much sand and the trees and a green ocean stretching to forever. He’d always been told the ocean was blue, so the sparkling green ribbons of current were a wonder to him. Anything could happen on a day like today.

No one warned Hilton about the undertow, and he wouldn’t have understood if they had, but Nana did tell him he could only go in the water if he didn’t go far; this would have been enough if Hilton had minded like he should have. Nana, who was helping the ladies set up picnic tables, pointed to the orange buoy floating out in the water and said he could go only halfway there. And Hilton said “Yes, Nana” and ran splashing into the water knowing that he would go exactly where he wanted because in the water he would be free.

Almost French by Sarah Turnbull
World's Greatest Sleuth! by Steve Hockensmith
Dark Diary by Anastasia,P.
The Campus Trilogy by Anonymous
Strike Force Charlie by Mack Maloney
Case for Sergeant Beef by Bruce, Leo
Doctor Who: The Way Through the Woods by McCormack, Una
Untitled by Unknown Author
Watch Me: A Memoir by Anjelica Huston
A Neverending Affair by Kopen Hagen
Our partner