Read The Bones of Summer Online

The Bones of Summer 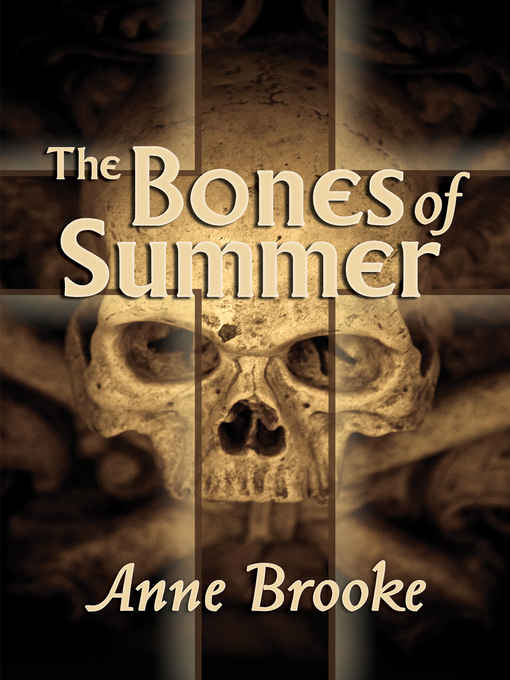 NOTICE: This work is copyrighted. It is licensed only for use by the original purchaser. Making copies of this work or distributing it to any unauthorized person by any means, including without limit email, floppy disk, file transfer, paper print out, or any other method constitutes a violation of International copyright law and subjects the violator to severe fines or imprisonment.

Thank you for your generosity.

I'd like to thank my editors, Sara Maitland, Sarah Abel, and Kim Greene, for their commitment to the text beyond the call of duty, and Stephanie Moore for vital medical advice. I'd also like to thank Mara McKennen for a wonderful cover and everyone at Dreamspinner Press for their enthusiasm and expertise.

The evening Paul
finally
rang him, it had been the last thing Craig expected. He'd spent a rough day out on a modeling shoot, trying to look sultry and continental in a boat on the Thames in the middle of December. The rain had been pissing down and the makeup girl had to redo him every five minutes.

He didn't complain though. It was hard enough getting a job at all, without screwing it so he didn't get hired again. Word soon got around in this town. Not like where he was brought up, where secrets could be hidden for a lifetime sometimes.

Anyway, the shoot dragged on because of the rain, and it was past eight by the time he got back. The phone was ringing when he walked into the shared hallway, tripping over the post and brushing the dampness from his hair, so he picked up the receiver before the answering machine clicked on. Craig never knew when it might be business.

“Hello?” the voice on the other end said. “May I speak to Craig Robertson please?”

He knew who it was at once. His heart beat faster and his skin felt as if it was being stroked with feathers. His caller had had that effect on him the first time he'd seen him. The first time he'd kissed him. It had felt back then as if for a few moments everything and everyone else had slipped away.

“Hi,” he said, turning to the wall, though there was no one else around to hear. He couldn't stop smiling either.

And then there wasn't much else to be said. A couple of minutes later and Craig had arranged to meet him for a drink in an hour's time. Paul named a bar in Soho, not far from where they'd ... met. He calculated that, even with a quick shower and change of clothes, he should be able to make it. A shave would have to wait though. He hoped Paul liked the stubbled look. It was what the Thames guys had wanted today.

Twenty minutes or so after he'd ended the call, he was out of the house again. He wasted another few seconds picking up the letters from the mat and dropping them on the hall table. He didn't have time to look through and sort them. Besides, the post was rarely for him.

Later, of course, he realized he should have checked, found the one from home. But actually he was glad he didn't.

Craig arrived ten minutes late, which was typical. Paul was sitting at the bar, nursing a designer beer. He looked even sexier than when he'd last seen him, if that were possible. In contrast to his own spiky dyed-blond willowy look, Paul was medium build, with natural dark hair slicked back close to his skull. He carried that same animal intensity that had snared Craig before. Like a wolf, he thought for the first time. An injured one.

As he pushed his way through the Friday-night scrum, Craig wondered how to greet him. What was the form for a first date with a bloke he'd already snogged, felt up, and given a hand job to, only a few streets away from here? They'd shaken pricks with each other, so what should he do for an encore? Shake hands?

In the end, he kissed him, not giving the other man time to speak. It turned into more than he'd bargained for. Paul's tongue snaked into Craig's mouth and he sucked greedily, feeling the echoing throb of his cock. Paul drew away first, and Craig had to steady himself against the bar, grabbing the nearest barstool and perching his arse on it. Trying to look casual.

Paul leaned toward him. “I'd forgotten what a good kisser you are, Craig.”

He had to shout to be heard over the music, but it still felt like the most romantic line Craig had heard for a while. A long while.

“Thanks!” he yelled back. “You're not so bad yourself.”

Paul made a drinking sign with his hands, and Craig nodded, picking up the designer bottle to show he'd have the same. Really, he would have preferred a cider, but doubted they sold it here. And anyway it wouldn't look cool. It didn't take Paul long to attract the barman's attention. Not that Craig was surprised; the bloke serving them could hardly take his eyes off his date. Funny thing was that he didn't think Paul noticed.

He reached for his wallet when the beer arrived, but Paul shook his head and paid before Craig could catch what he was up to.

Paul frowned for a moment before catching the gist of what he'd said, and Craig took a long swig of the ice-cool liquid. It tasted like horse piss, but that was what he paid for in London. Real beer was one of the things he missed about the farm. Correction. The only thing. He stopped himself before he could think anything further. No point resurrecting the past; that wasn't what he was here for, was it?

He could see Paul was saying something else now, but the music had upped a notch and he couldn't hear him at all. This was ridiculous. On impulse, he put his hand on Paul's knee and leaned forward so his mouth was almost touching his ear.

“Can we go somewhere quieter?” he yelled.

They were back by ten. On the tube journey home, it took all Craig's self-control not to keep on touching his companion. He could tell Paul wasn't the sort to like it. Not in a public place. Or at least in a public place that wasn't a gay bar. He'd let Craig go far enough when they'd met before.

They talked a little on the way. Nothing serious. Just stuff about politics, books they'd read recently, that kind of thing. It gave Craig a buzz to find out they both liked the Bosch novels. The Andrew Taylor books too. The Class A hot smile Paul gave him when they found that out was worth the time it took to get home. Oh yes.

Outside the front door, Craig's hands shook so much that he had to have two or three goes before he managed to unlock it.

“Shared house?” Paul asked, and nodded when Craig told him the answer.

“Yeah. But the girls won't be back yet. Maddy and Julie. Way too early for a Friday. Do you want a drink?”

He switched the kettle on, but they never got to taste the coffee Paul asked for. Halfway through the frantic search for the NESCAFÉ, his date sauntered into the kitchen. Craig could smell the aftershave he wore. Something woody, masculine.

When he turned round, Paul ran one finger across Craig's jaw and he held his breath.

Thank God for that, Craig thought. Could have been a disaster otherwise. But he'd better not forget Gay Rule Number One:
At least find out a name and a job before you do the business.
In this case, one he knew and the other he didn't.

“Hey,” he said. “You know what I do for a living—it was on the card I gave you when we last met—but I don't know much about you. And here we are about to—”

He swallowed. “Yeah. Have sex. Again.”

Paul laughed. “Okay. If you really want to know, I'm a private investigator. Mainly insurance cases. Some divorce work. And sometimes ... other things. It gets me by.”

“Really? I thought guys like you only existed in films. Or books.”

“Good. And I'm not disappointed.”

In the bedroom, between seriously hot kisses, Craig undid Paul's shirt and began licking his left nipple into hardness. He gasped and it made Craig smile. But when he got to the right nipple, he noticed that the skin there was scarred—not too long ago by the look of it—so he left it alone. Poor bugger. It must have been painful. He wanted to know
how
, but knew this wasn't the right time to ask.

As Craig looked up at him, Paul gasped again when his fingers brushed against his prick.

The first time, it was quick and urgent, as if they'd been storing up the need to do this together during the long weeks since they'd met. The second time ... well, the second time, Craig had planned something easier and slower. More how he liked it. But he didn't last as long as he'd hoped he would—Paul must have thought he was barely out of his pram, but Craig just couldn't help it—and even then he had to close his eyes and think of something else before it was too late. Twice.

He was trying to slow himself down
again
when Paul gave a throaty chuckle and twisted around on the bed. The movement almost had Craig finishing there and then.

Paul grabbed his hand. “It's okay, Craig. Come if you want to. It's okay.”

And he pushed himself back against him so Craig cried out. As he came, Paul kept hold of his hand and whispered his name again.

“Hey there.” Paul laughed, but without any hint of cruelty. “It was nice. I'm not complaining. But if you could just....”

He indicated his still-swollen cock and Craig shook himself. What the hell was he thinking anyway?

Later, their bodies curled around each other, they slept. And in the morning, Craig lay watching him until he woke up, astonished he hadn't left already.

While his date was blinking himself to consciousness, it struck Craig that Gay Rule—or rather
Question
—Number Two was about to take place:
Would Paul still like him the day after the night before?
Not that it was a specifically
gay
situation; he assumed it was the same for straights too, though he had no way of telling. He didn't want to be prejudiced.

Anyway, he certainly wanted to see Paul again. Sure, the sex hadn't been earth-shattering—more Craig's fault than his—but there was something about him that made him ... what was the word?
Fizz
. Yes, Paul made him fizz.

“Hi,” Paul said, and Craig smiled down at him.

Mmm. The morning sex was top-notch.
Yes
, Paul still liked him. Seeing as they were both naked on top of the bedcovers now, he took the opportunity to gaze at him; he hadn't had the time last night. Not properly anyhow. Paul's body was long and compact, dark chest hair leading down to his prick—nice-looking even when limp, as now—and muscular legs. Craig noticed too that a patch of the skin on his belly, just above his cock, was scarred and lighter than the rest. When he glanced up at Paul, he could see those intense green eyes were smiling at him.

“What's not to like?” He ran his fingers over a faint line on Paul's right arm that he'd also only just noticed. “God, did you have a major accident or something?”